OpenRA game engine. This conversion moves you to the times of the First Tiberium War! Now we have two sides - Global Defensive Initiative (GDI) and the Brotherhood of Nod (or just Nod). Each side has its unique structures and units that can be used for defeating the enemy.
It is planned a two campaigns - one for each side.
Old beta on Yuri's Revenge engine was released in April 2007.

2009:
We are beginning to remake this mod and soon you will be able to see our progress. Forget about old
Renegade buildings and units, they are history. A new era is coming.
New beta release will contain:
- Improved sprites for all buildings and units for each side;
- Completely remade UI;
- New music tracks;

2012:
It's me again. Redone most of units and new buildings design. Project renamed to Re☆Image

Hi! Merry Christmas and Happy New Year!
It's me again. Redone most of units and new buildings design. Project renamed to ReImage

I'm trying to remake game in higher resolution and with better quality.
Also some new modern units will come - UAVs, tiltrotorcrafts, drones (land and aerial).
Game will feature all new tilesets, props and other eye-candy stuff 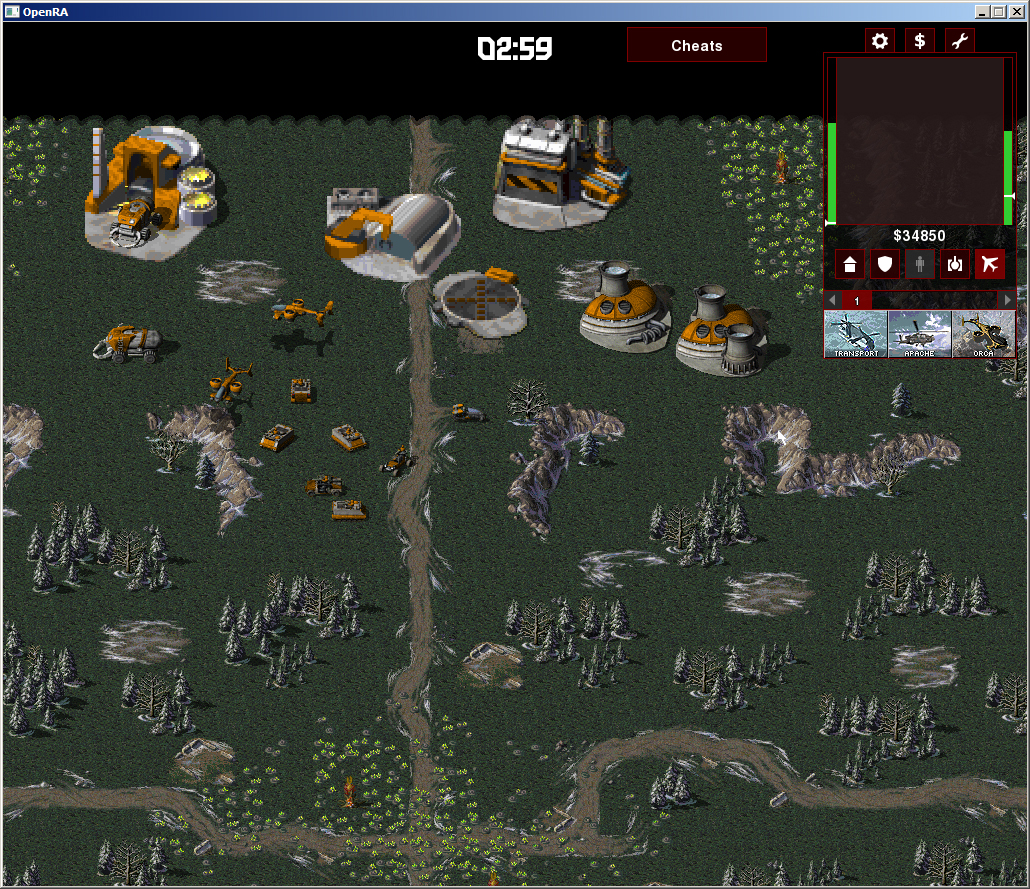 I'm back! This is a demonstration of the new tileset prototype created by Gangster for our pseudo-isometric version of OpenRA engine.

A new small update for upcoming total converstion for C&C: Yuri's Revenge. We will show you our new GDI Humvee and APC.

New our update. We are remake 4 buildings for GDI and they already ingame. Please see our latest shots and comment our work =)

The BETA version of C&C Renessans. Without Nod campaign.

So, it's been a while.
What is the current status of this mod?

I second this question.

Tiberium Dawn is one of my favorite in the series. And this is just WOW!
I love the new sprites your making for it. Thank you for taking your time to work on this. Can't wait ^^

Will the engine update make a Tiberian Sun mod for OpenRA possible?

So... What is the concept of the mod now?

Is it just an improved Version of TD in OpenRA?

it isnt =) look forwar on open-ra. one day i'll be back on open-ra platform

We will wait for u.