CL-8 mod, (version 3.3) is the 1st DLC for Legend: Farewell Edition 8.33. It switches Corvus character class back to the Cleric class. However, this time you are a Knight Templar, stranded in a twisted magical realms of Hexen. Can you find your way out? And what destiny will your magnificent journey reveal?
Version 3.3 of the DLC is not only updated with the innovations and upgrades of Legend 8.33 (DLCS often have their own maps), but it also comes with completely new custom-made storyline, artworks, and a totally badass ending sequence!

Gameplay-wise, the flechette effect is powered down, and while still very effective, it is not as much of an overkill as in the vanilla Hexen. Wraithverge is also toned down a little, but its effects at the melee range are extremely powerful. And while this class is more reliant on mana than any other, as the melee weapon is not as strong as other heroes', still, Cleric is quite deadly, when guided by a tactical and skilled player. His ability to heal and to counterattack serves to a great advantage even in the most dire of circumstances.

Thanks for voting and helping Cleric Mod for Legend: Farewell Edition 8.33 on it's quest to become the 2021 Mod of the Year. You are now in with a chance to score some free games from our #modlove collection. Help this mod secure more votes by embedding the widget (or link) we have included below on your favorite sites.

With the release of the ultimate edition at version 8.33 , The Legend mod for Hexen went as far as it possibly (and classically) can. And its character DLC's are making the way to the finish line just as well. Now it is Cleric Mod's turn. With all the testing being done, it received the necessary updates of the Legend FW, version 8.33 (which are mostly secret place hints on maps and a more hardcore game balance) - yet the major upgrade here is that the Cleric Mod 3.3 comes with a completely new storyline, which includes new character personality, new artworks for the story progression and of course - the new and ultra-badass ending sequence!

This time, play as a Knight Templar stranded in the twisted magical realms of Hexen. Can you find your way out? Test your strength in battle, and challenge your destiny in an epic showdown of adventure, magic and steel. The DLC is available for download as we speak. 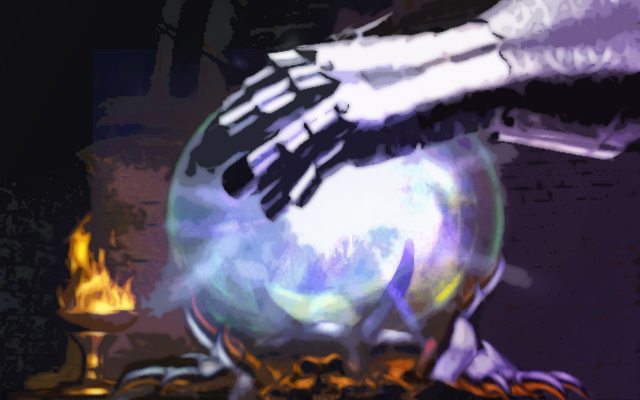 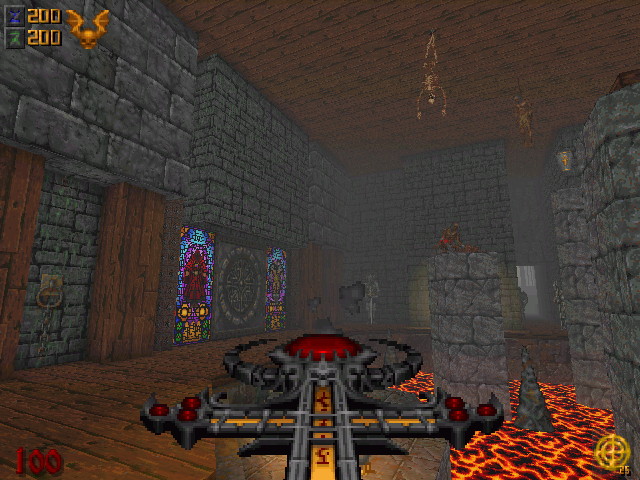 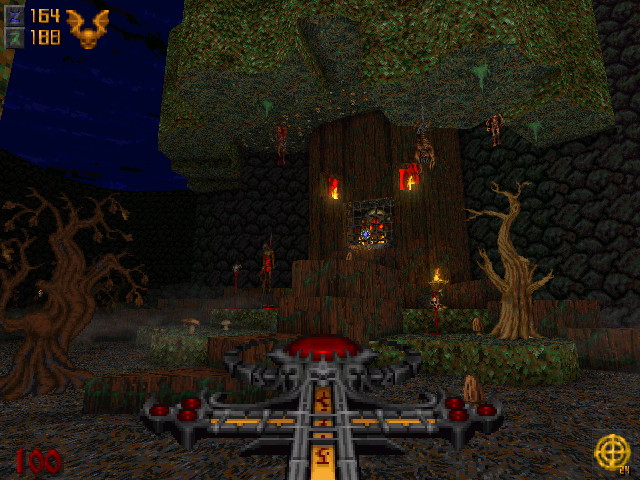 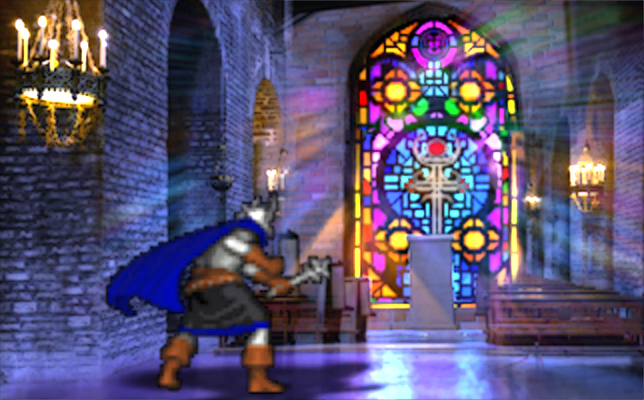 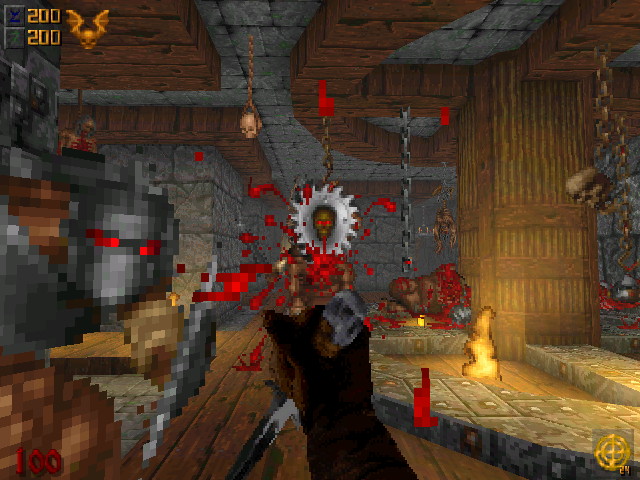 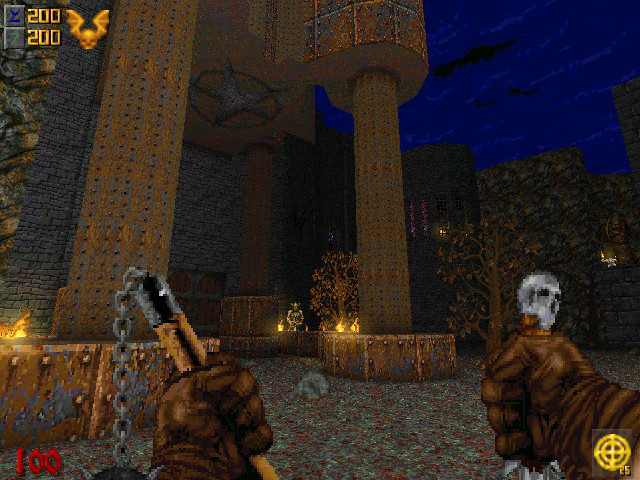 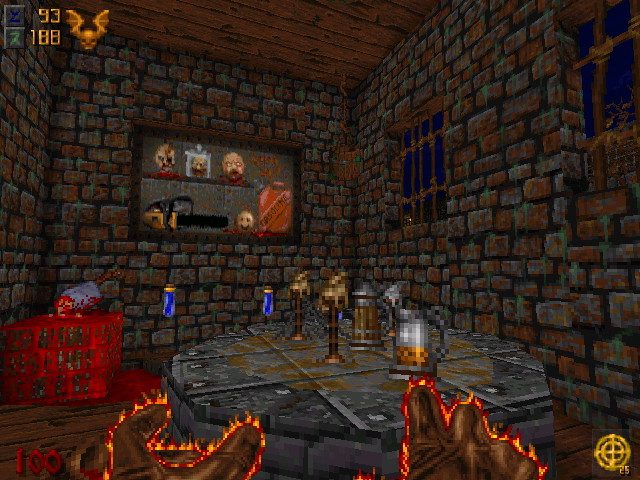 Can you find this secret Leatherface's hideout?

The last and final version of the DLC, with all the enhancements of Legend 8.33 (yes, it is required in order to play). New story, new character personality...

Legend: Farewell Edition 8.33 (soon to be outclassed and obsolete)

This a DLC for Legend: Farewell Edition 8.3/8.31 The mod cannot be used without it. Both Hexen and Legend FW 8.31 are required in order to play. Just...

If I may ask, what settings do you use for Doomsday?
I tried everything, but I can't figure out how did you manage to get the "pixelated" look like you show in your screenshots.

Piece of cake, my friend: for one, you could fiddle with texture settings in the options, disable filtering and all the other modern horseshit....but the simplest way to do it is this:
while in-game, bring down the console using the tilde key and
type "LOWRES" , hit enter...that's it! My favorite command!!!

Without it, them Doom-engine games look really ugly
(unless DosBox) i really hate those ridiculous soapy
filters in the pixel-drawing-based games.
Even in my walkthrough videos you can see me occasionally
typing it, since every now and then it has to be entered again.
(animated textures need it more than once).

Thank you so much!
I tried fiddling with the texture settings, but no avail.

Do you think the LOWRES command can be made into key bind in any way? Or do I have to write it everytime?

No problem, i was glad to help!
Somehow control panel seems to have either a bug or a limited control over that situation. I remember this
problem appeared when i was no longer able to use my favorite classic VGA resolution (320x240) - due to the
lack of hardware support, some years ago.

Console command in-game is the only way. Unfortunately full automation of this command i wasn't able to achieve,
no matter what i tried. But you can do the following:
bring down console while in-game and type this:

so, next time you want it - just press L.
(you can bind it to any other key)
That's the best i can offer. Good luck!