In this fourth dev diary we hit our stride and finish off all building types, big ones, little ones, and the biiiig difficult 3x3 super skyscrapers for the Civilization 2 - Red Alert 2 Siege of New York Scenario!

In this fourth dev diary we hit our stride and finish off all building types, big ones, little ones, and the biiiig difficult 3x3 super skyscrapers for the Civilization 2 - Red Alert 2 Siege of New York Scenario!

Last few weeks have been busy.. but here and there I've found the time to continue work and am now pleased to say all the diagonal 1x3 combo buildings are finished! Here's a few of them!

Note: some of these buildings will have special un-damaged garrisoned versions that sit over the top of them as units

The last of my 1 cell building conversions are done too.. these government buildings, a resort, big trees, a fountain, and water debris replace special resources. The water rocky & cement debris is a bit lousy but I had no choice as any bigger and they overlap the seawall in places. 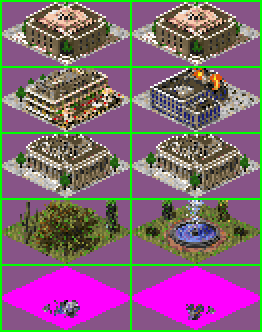 I have also recently finished my first super 3x3 (replacing the simple template you've seen in previous posts), this version is a bit taller, switches the flat roof for a pyramid style, and of course now has a mix of accompanying background buildings squeezed in around it. 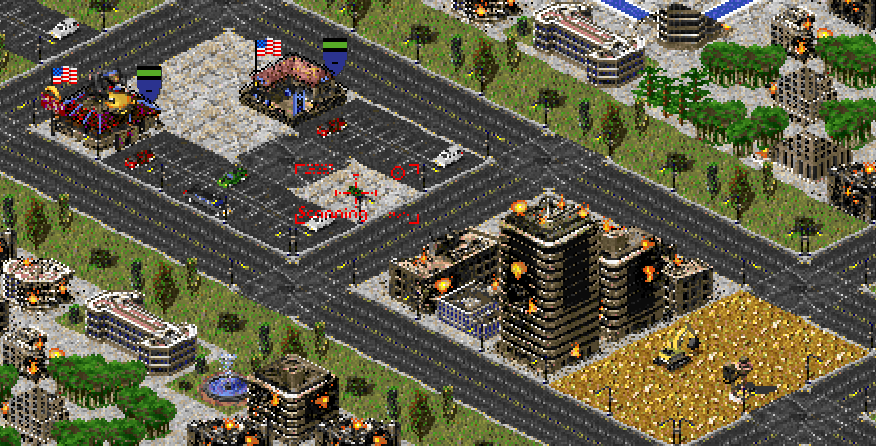 MetroPolis (who worked with me on the Civ2 HoMM2 scenario) had some time to kill so he helped me out by sorting out those pesky seawall coastlines I'd been putting off for ages while sorting out the buildings. Looks pretty good hey!

Note: the water debris locations will be regenerated/re-randomized into better spots that don't mess with the bridge graphics 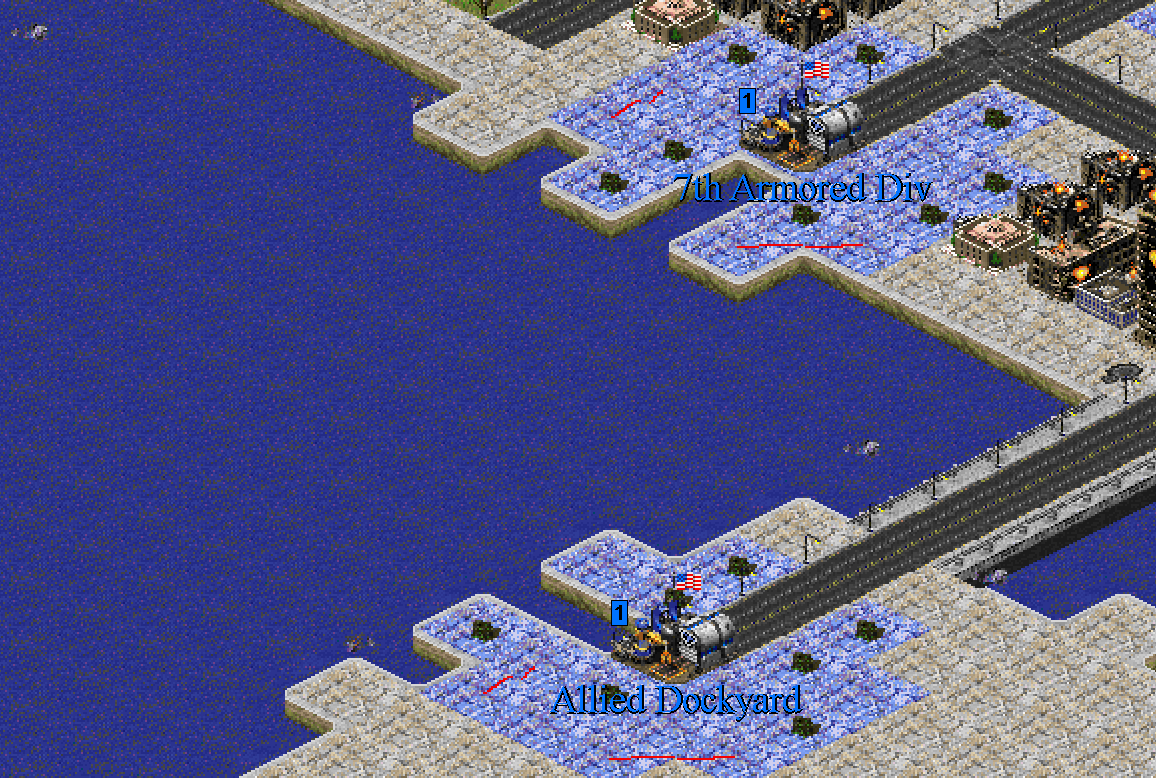 As usual while doing new stuff I start reassessing my old stuff lol and if you look at the diagonal 1x3 long buildings I posted above you'll see I pretty much had 2 of the same design which seemed like a bit of a waste of limited space. I'd run out of free slots and wanted to put in a RA2 church and didn't think it would look good in a 1x1 at all so I switched out one of these similar buildings above and replaced it.

The building I took out I'd use as background elements in my 3x3 super buildings.. which brings me to the best part and what was the hardest part of this whole process! Getting all 4 super 3x3 buildings finished and not just 1 version but 2 versions (garrisoned and empty/damaged). Here are all my finished 3x3 super buildings! With these elements complete I have all the buildings I need and can possibly squeeze into the game so I'm now putting the finishing touches to my big city metropolis battleground map. 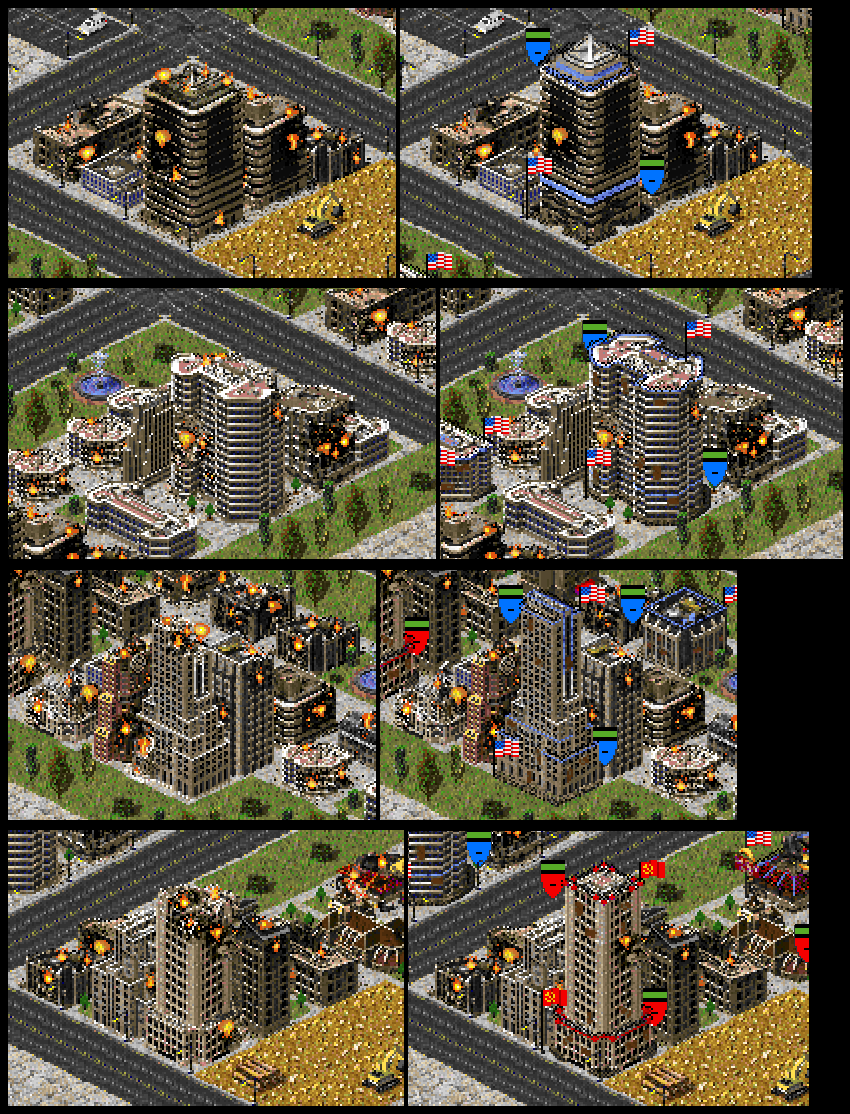