Quite possibly our most important update yet, folks! Check it out!

Our biggest update yet!


That's right folks. City 17 is going to be a full on Retail game! Gear Development Group has been acquired by RAD Software Inc, who have negotiated the deal with Valve. City 17 will be distributed on Steam, but that's not all, no sir! We've also gained numerous contracts with outside hardware developers, which has allowed us to support many of the future controller options endorsed by RAD Software Inc! Inquire below!

Now guys, don't panic. City 17: Episode 1 is being released on Steam for the low-low price of $15 a chapter. $15! That's a mere $8 for every year of our lives we put into this game! And of course, Steam Distribution means it'll be even easier to receive updates, and show your friends what achievements you've unlocked! The first chapter will be our main story chapter, and will therefore only contain narration. Chapters 2-4 will contain the majority of gameplay. 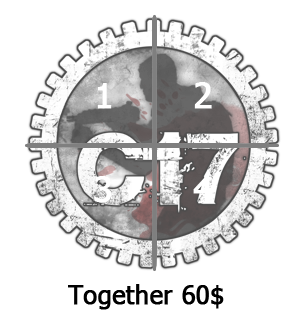 As you may or may not already know, City 17: Episode 1 supports the Novint Falcon controller and FaceAPI head tracking. But, thanks to our new overlords at RAD Software Inc, we now also support the following alternative controller schemes and hardware, all of which can be used simultaniously for the best possible gameplay experience!

Thanks to some big fat licensing deals with Nvidia, we now have full support for 3D monitors! Headcrabs will literally fly into your face. You'll be able to experience City 17 in a while new dimension, and you'll look good doing it too! 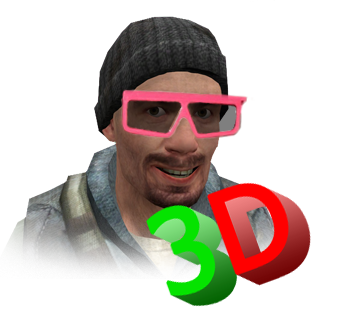 RAD Software is closely associated with Nintendo, and as such, we have been given the glorious opportunity to use the Wii Fit board to it's full potential as a PC controller. Player movement in City 17 can now be handled by a Wii Fit board, giving the player an unprecedented level of realism and immersion. Simply lean to travel in a direction, and walk in place to move! So simple!

ScentSciences - Smell-O-Vision of the future!

That's right folks! Now you can smell the rotting corpses in City 17! RAD Software Inc has given us the licenses and SDKs to use ScientScience's amazing new device! Experience City 17 and the Half-Life universe in a whole new way!

We got in contact with ATI through RAD Software, who were kind enough to meet us in person and help improve the Eyefinity support in the Source Engine. City 17 now supports up to 24 monitors at once! That means you can play City 17 in complete surround vision at resolutions up to 15360x3240! Talk about a lot of pixels for your dollar! 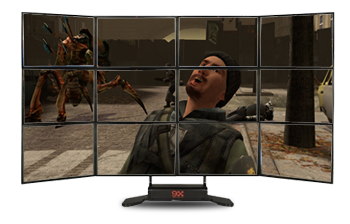 Just imagine using all of these wonderful technological advancements at once! You'll be the coolest kid on your block, that's for sure!

Well folks, that's it for this update! But we'll see you again with more updates soon! Once we settle into our new offices at RAD Software Inc, we'll be releasing the first episode of City 17! Expect in the next few months!

April fools joke? Are you kidding me. We spent months of this stuff :(

I'm more excited than ever

Now I really hope they release to Singapore or else I am going to burn that company to hell.

SHUT UP AND TAKE MY MONEY!

A true fan of the game, folks.

Only 60 dollars? Im with Spartan

So let me get this straight you are selling a game that's using most Valve's content and some how they were okay with that? Sound like a joke. Though if it isn't congrats.

Ok fine. I'LL BUY 3 COPIES OF THIS GAME WITH EVERYTHING.

Its not April fools here anymore. This means that for me this is serious.

FFFFFFFFUUUUUUUUU- I can't die, now I'm stuck and typing with my toes.

Black, no idea where you got that idea, cause it's absolutely not true^

And this update was more true ?

JLea if that was true I would so buy your game. Looks very good.

My Body is not ready.

Its good you guys can joke around about all of the features you implement. :P

Not free anymore... I don't have credit card...

Oh hey there City 17 developers. I've got a small message for you:

It was posted on April the 1st, but it depends on what timezone your in. We're pacific.

Oh yes right, excuse me, I forgot that America is the only country that matters for a minute there.

no. This may be hard to believe, but Eastern Europe is not part of America.

Whut, hl2 takes place in sweden obviusly... It says KR on the gastation.
So they use swedish money :D

Now go back to work and make it actually happen :)

Half-Life 2 is actually perfect in Eyefinity, and works fine with 24 monitors in that arrangement. ;)

But Props for acknowledgement.

Now, we have to pay a fan project to play with full price which is suck due to now every DLC need money to buy rather then downloading for free which is sad for me since I don't own a credit card T_T.

I really believed that then!!!

If dat's 8 Dollars per year, I'm not gonna cry after these 60 Dollars spent on 7.5 years of hard work.

*stopped tracking*
*note to self: pirate it as soon it becomes available on thepiratebay*

I want that pink 3D glasses to catch all the girl i want !

You will get so much girl.