It's light. It's real time, and it's in the Source Engine.

Posted by MrtwovideoCards on Dec 5th, 2011

Our team member, Sam Za Nemesis intially designed it for the Alien Swarm engine, however the system is entirely backwards compatiable up to Source 2007. For a couple of days now, our smart rats at Gear Labs have been porting it back to the old Orange Box engine (2007), so far we have almost everything set up to use in our game. While City17 doesn't feature any Day to Night cycles, where this system truly shines, we'll still be heavily using it as the primiary light source in the majority of our environments due to it's advantages over the standard baked lighting technique (that's not say we're tossing out radisoity based lighting altogether!). Instead, we'll be combining the two to create a perfect balance between what real time and baked lighting can offer. It really is a nice Ying Yang kind of situation.

Sam is also trying to play with other shadow techniques, his current main goal is to give support for the more advanced PSSM (Parallel Split Shadow Maps) technique in the Source Engine, and maybe even in developing a cheap AO technique. 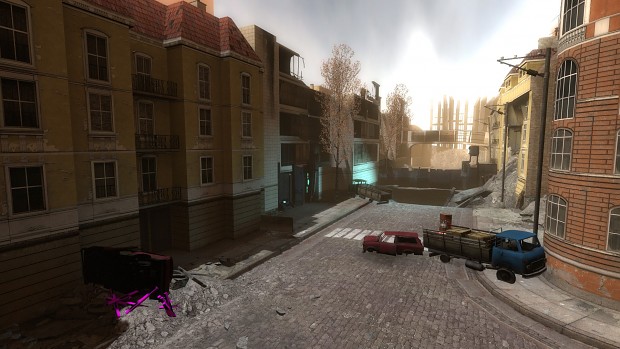 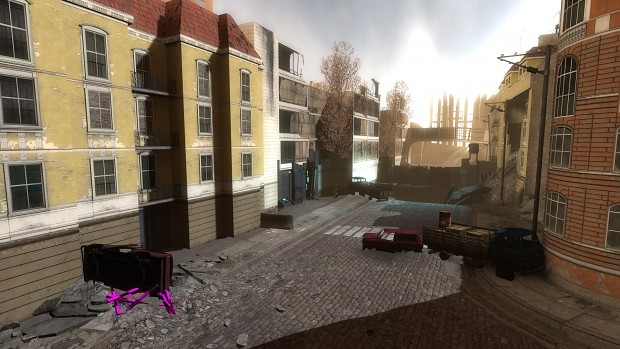 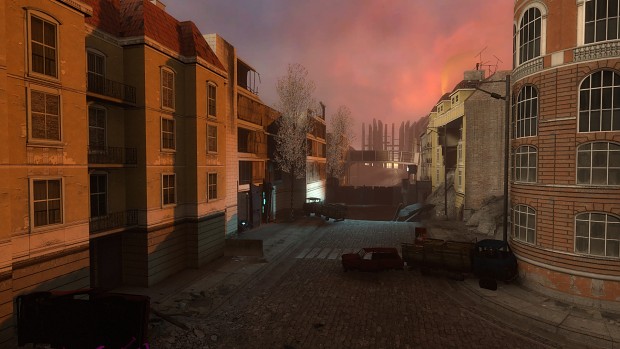 Using Real time Lighting globally presents a real performance issue. Especially on the Source Engine. This implementation of CSM heavily uses all of the past improvements we've made to the stock dynamic lighting system built by Valve. For one, the system is going to use a completely custom PCF method (which, currently it does). The system is pretty basic right now, having no support for adjusting casting angles based on a time scale for instance, though we do plan to implement features like that later on into the system. Right now our main priority is making sure it runs well, and specifically for what we need it for.

In the images above we use a custom GUI panel to drive angles and light intensity, eventually we plan to release this as a standalone demo with a much nicer and cleaner interface to control the system.

From what we've measured the system currently performs at:

We definitely have a ways to go on Source 2007. Right now we're going to work on some pretty basic map side optimization functions we can do from Hammer. Later we'll be going deeper into the system, to see what we can internally optimize.

Right now the system is being used by the Ivan's secrets team (if you haven't seen that mod yet you should go and check it out, because it's pretty rad. Oh and Vote for them, We voted for them.). Below is a demonstration of how the system works on both 2007 and Alien Swarm.

Unfortunately we didn't have the time to a record a video in 2007, but that's also primairly because we're having some problems with the GUI for reason we can't understand. We're basically just firing outputs to the ent, and that is not as smooth or nice to see as the Alien Swarm version is, but we're working on that.

Okay now that's really all we have for today! We're serious. Follow us on Twitter for updates on what's going on in development, as well as our blog for City 17 and other development news from us. If you'd like to get in contact with us or leave us suggestions, be sure to email us at: mrtwovideocards@gmail.com.

Yes. YES. YES! I love my shadows. You guys and Ivan's Secrets are setting a new standard for Source modding now.

Why havn't you guys been hired by valve :s.

More importantly, why doesn't valve use their own damn tools to their potential?
We see more and more mods like this every day, but CS go is still on par graphically with battlefield 2. :/

Methinks they should start digging into their own community's tools. No shame in it.

Battlefield 2 ? you crazy its own engine is diffrent they do not look alike. i found cs go looks more realistic a 10x % than battlefield 2 even lef 4 dead 2. But ya why doesn't valve use there full potential.

Looks great, lots of potential, yadda yadda.. But do viewmodels for weapons cast shadows apon themselves? I know by default ENV_projectedtextures, the only current source of shadow maps, would never cast properly on ornament props, which always bothered me. And in regards to phong shading, does the world light for phong move dynamically with the angle of the light projection, Or is phong still limited to only static world lights? I love phong.

Phong moves based on the light source, yes. Also shadows cast on the viewmodel, we've fixed that.