If you can and want to help me on this journey, please consider donating so I can focus more on producing the modification and speeding up the release date. 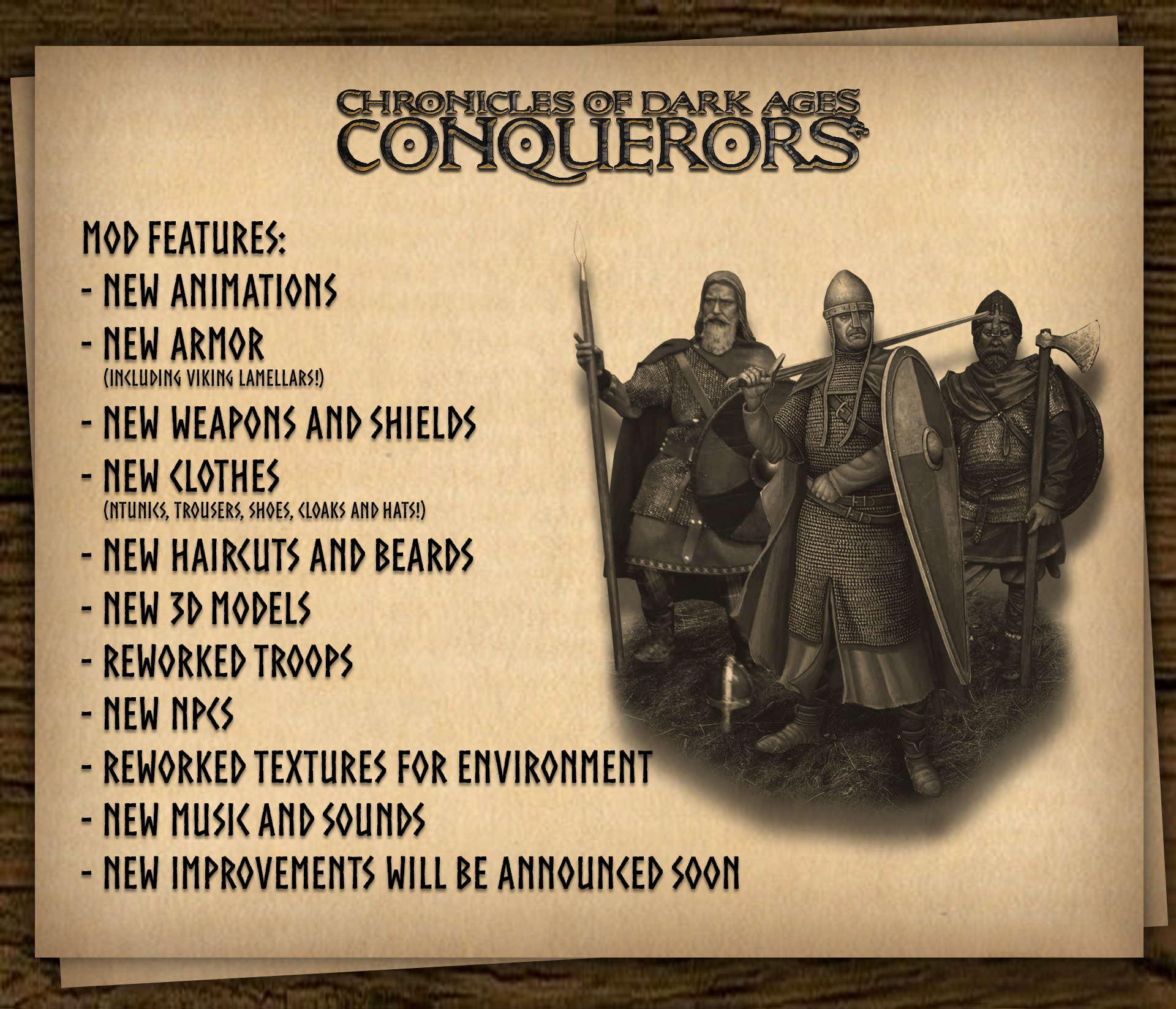 I hope to answer some questions from you in this article about my mod Chronicles of Dark Ages: Conquerors (CoDAC). 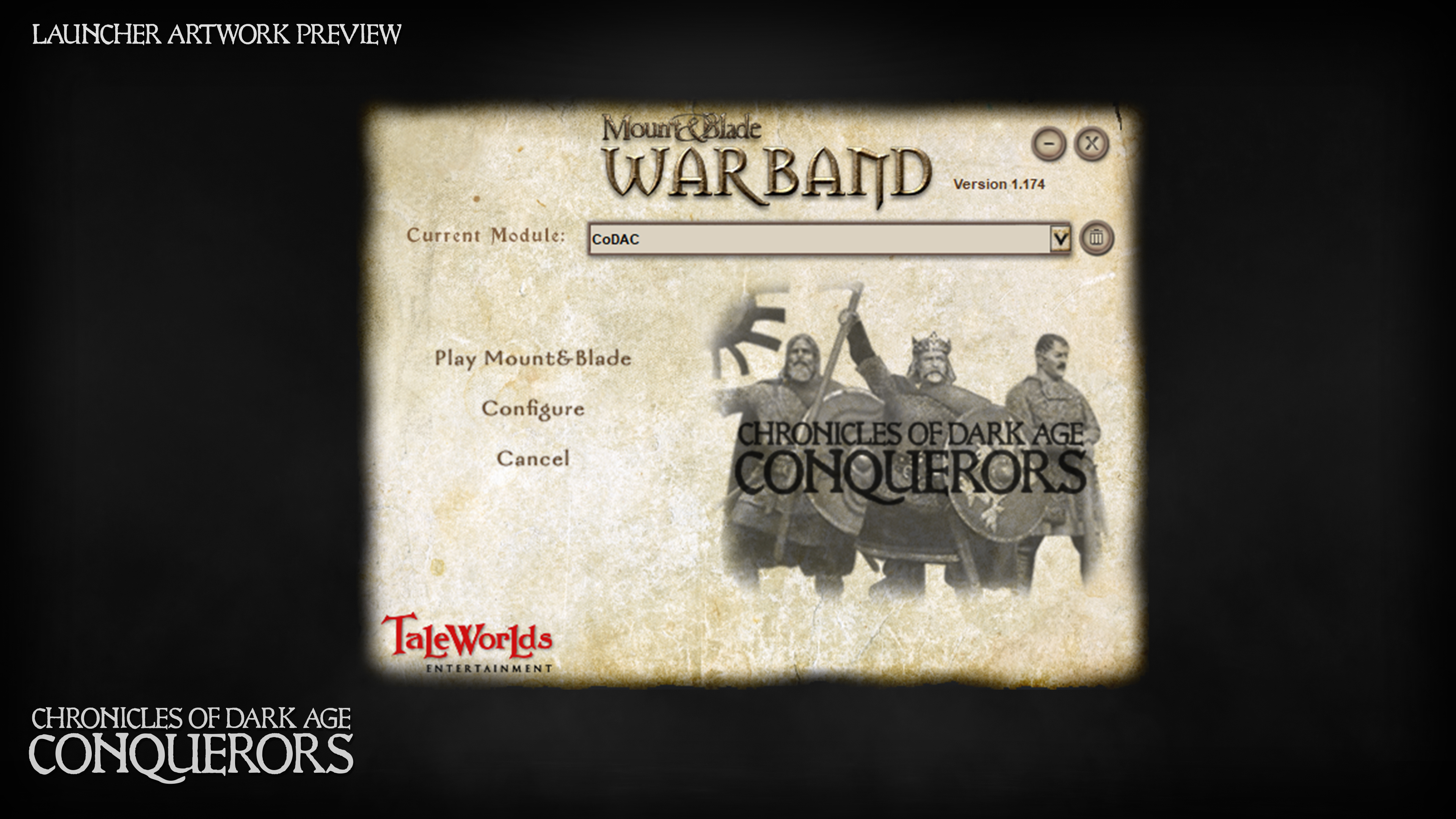 Q - What is the mod's theme and what will it focus on?
A - The mod will change the period of the native game to the year 1065/1066. The player will be able to choose to help one of the 3 big names of the time (Harald "Hardrada" Sigurdsson, Harold Godwinson and William, "The Bastard / Conqueror") to take the crown of England or to follow his own path to reach power and change the course of history.

Q - Will the mod be based on the native game or another mod?
A - I'm using the Balance Mod created by Hooded Horse as the basis for my mod, it is a great mod made with great care and dedication by Hooded Horse and everyone who contributed to the creation of the mod. Balance Mod brings many improvements to the Viking Conquest and is one of the most complete mods out there for the game, I recommend that you play it if you haven't already.

Q - Ok, but what this mod will bring to the native game?
A - The mod will feature new models for body, head, hair, clothing, armor and weapons, all with new and optimized textures. I will also add new animations and variations of animations created from scratch by me, from simple walking to new death animations. The mod will also have a new font, new loading screens, menus, music, sound effects, and a new character creation system that will replace the height option, adding the "weight" factor to the game. The mod now has a male and a female skeleton to correct the way animations are used in female characters. 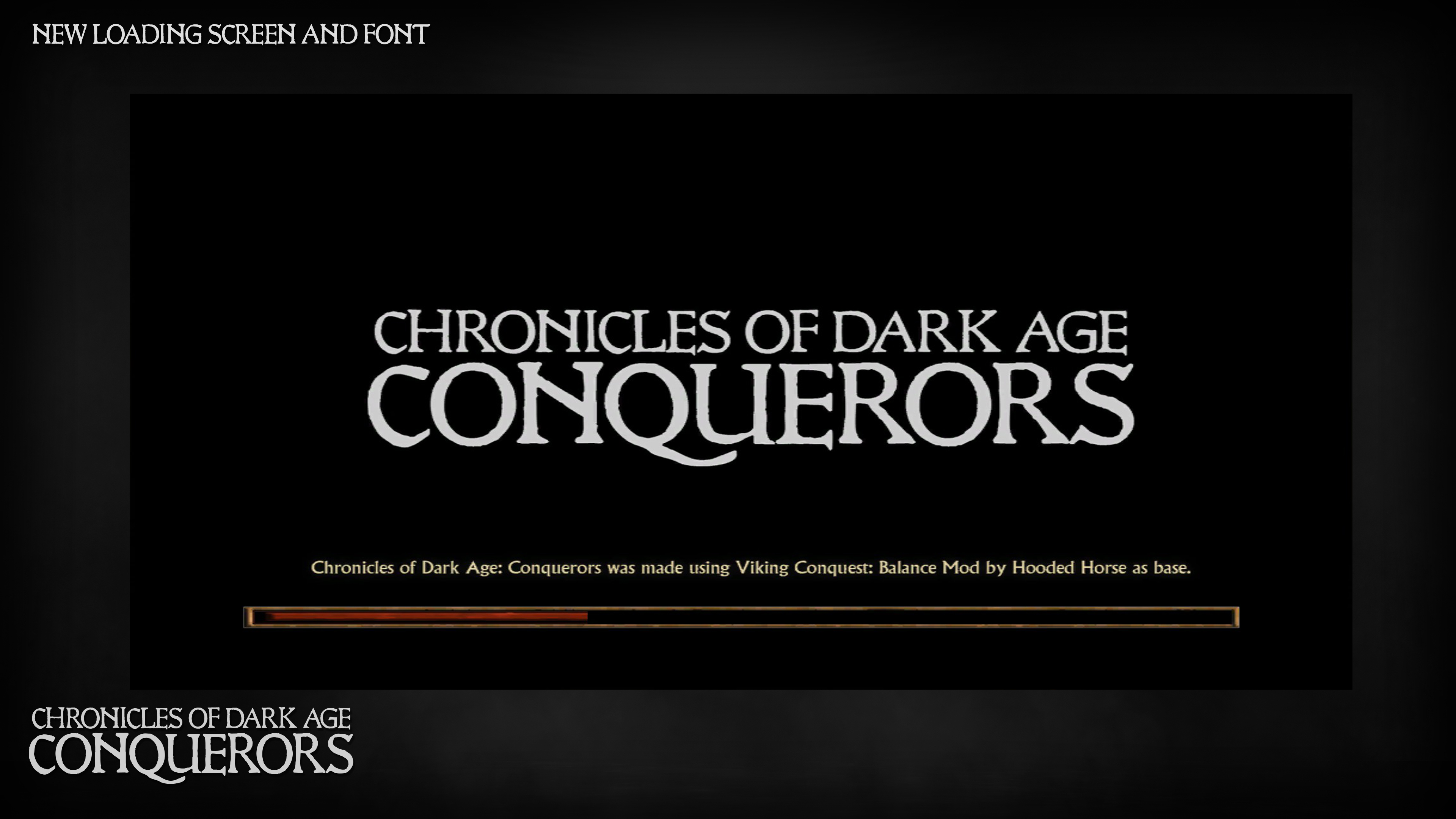 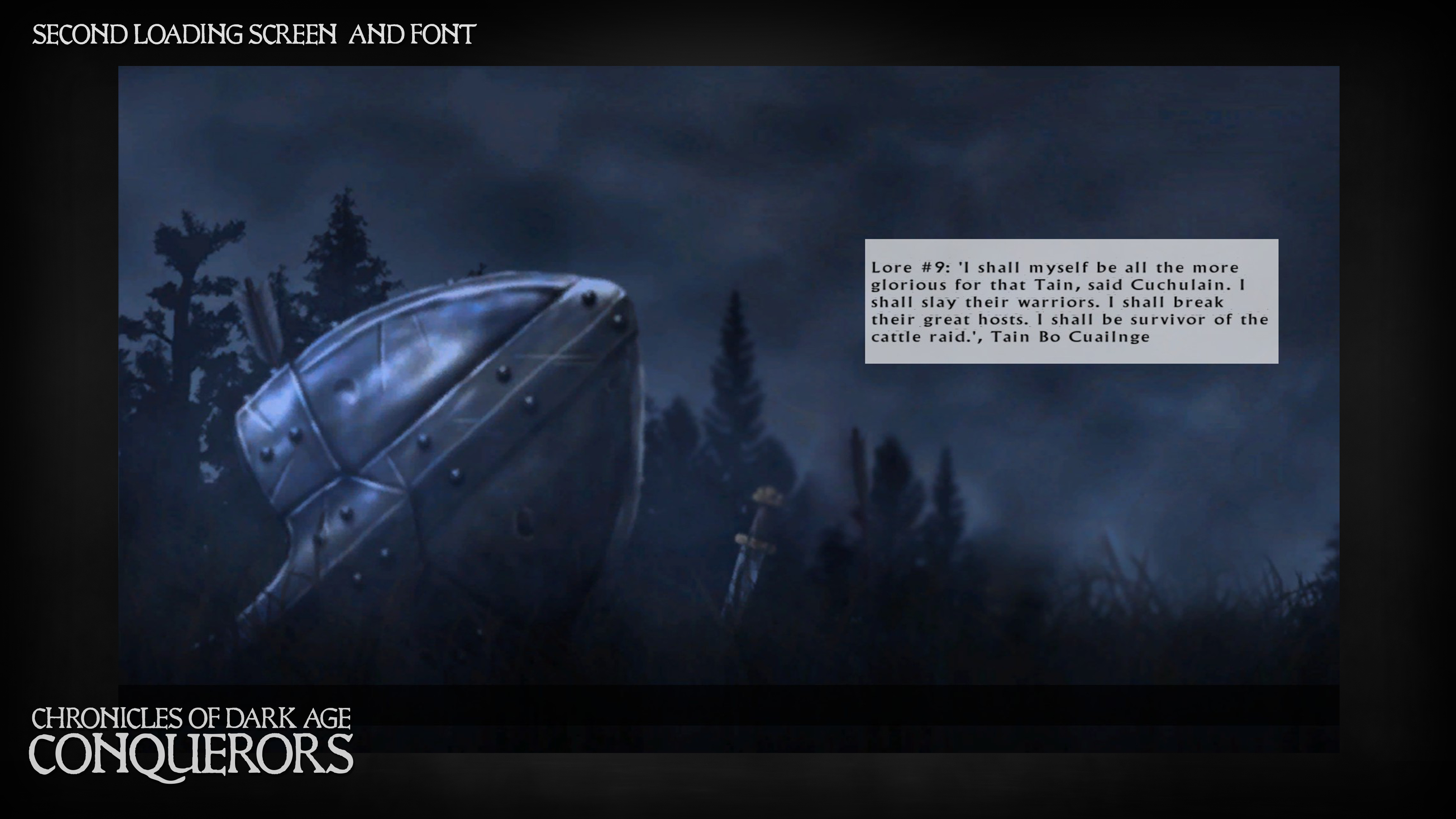 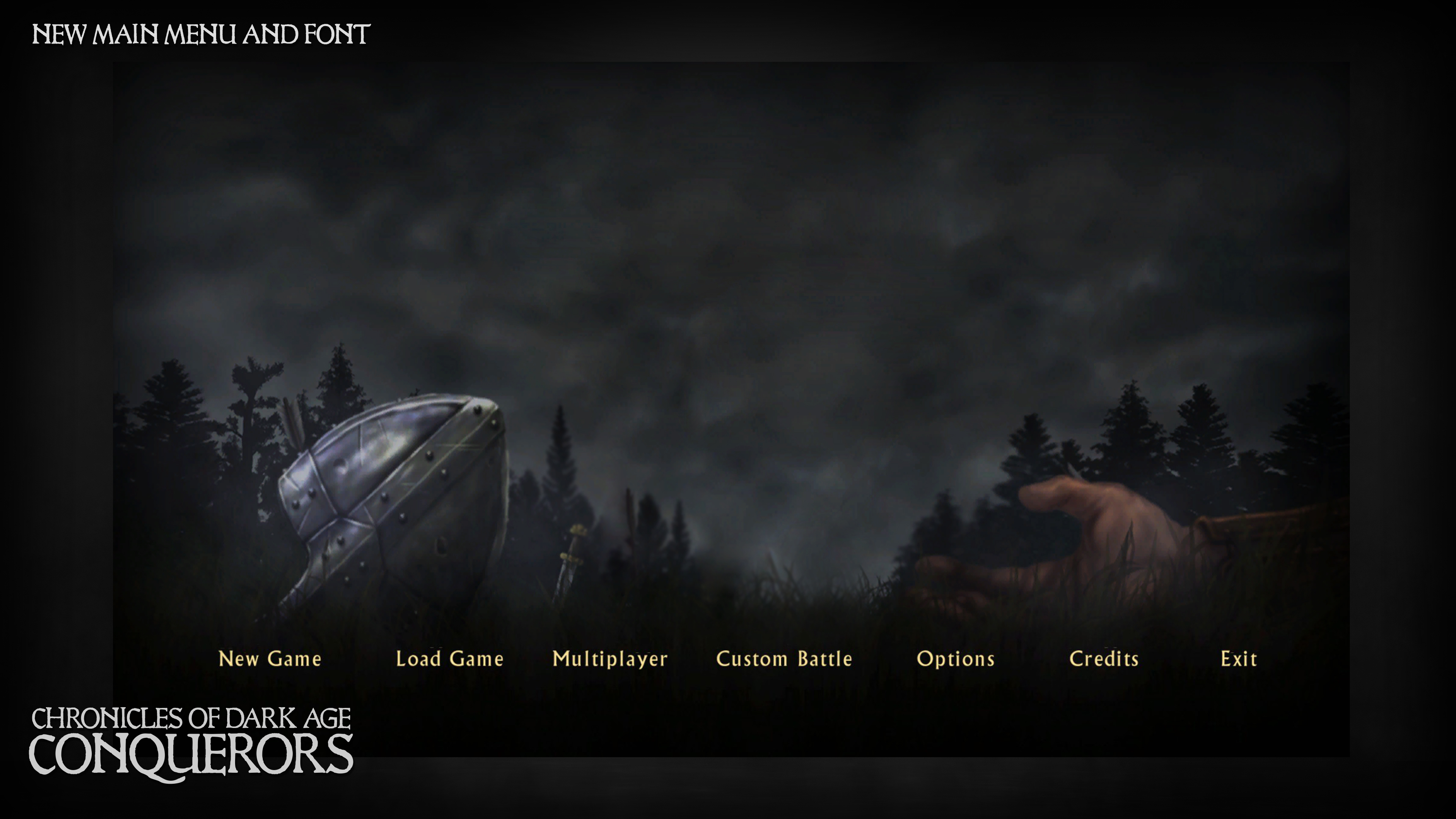 Q - Why this mod have just a few updates?
A - I live in Brazil and my financial condition does not allow me to focus only on my mod, I am 29 years old and had a family to support, so my priority is my work, after this is the mod. I only have Sunday to make the mod, so I work from Monday to Saturday, and take the only rest day I have to create models, textures, animations and other things for the mod. I am a perfectionist and very demanding with what I do, so I only publish something after I am sure of the quality of what I have done. Modeling, texturing, animation and the implementation of this in the game is something that I spend a lot of time doing and remaking. I also try to answer everyone in the comments, read the comments is something that motivates me to continue working on the mod, the only part that I still can't answer satisfactorily is about new mechanics of the mod, because I am not a coder, my code skills allows me to change everything in the game visually but doesn’t allow me to add new complex features yet, so this part I’ll postpone for later, I’ll change the game visually first and then focus on features.

Q - What have you done for the mod?
A - New model of body, head, skeleton for man and woman, textures for both are also finalized, including the remasters of native face textures. New facial options in character creation are also made (not implemented yet). New main menu, new loading screens, new font added. 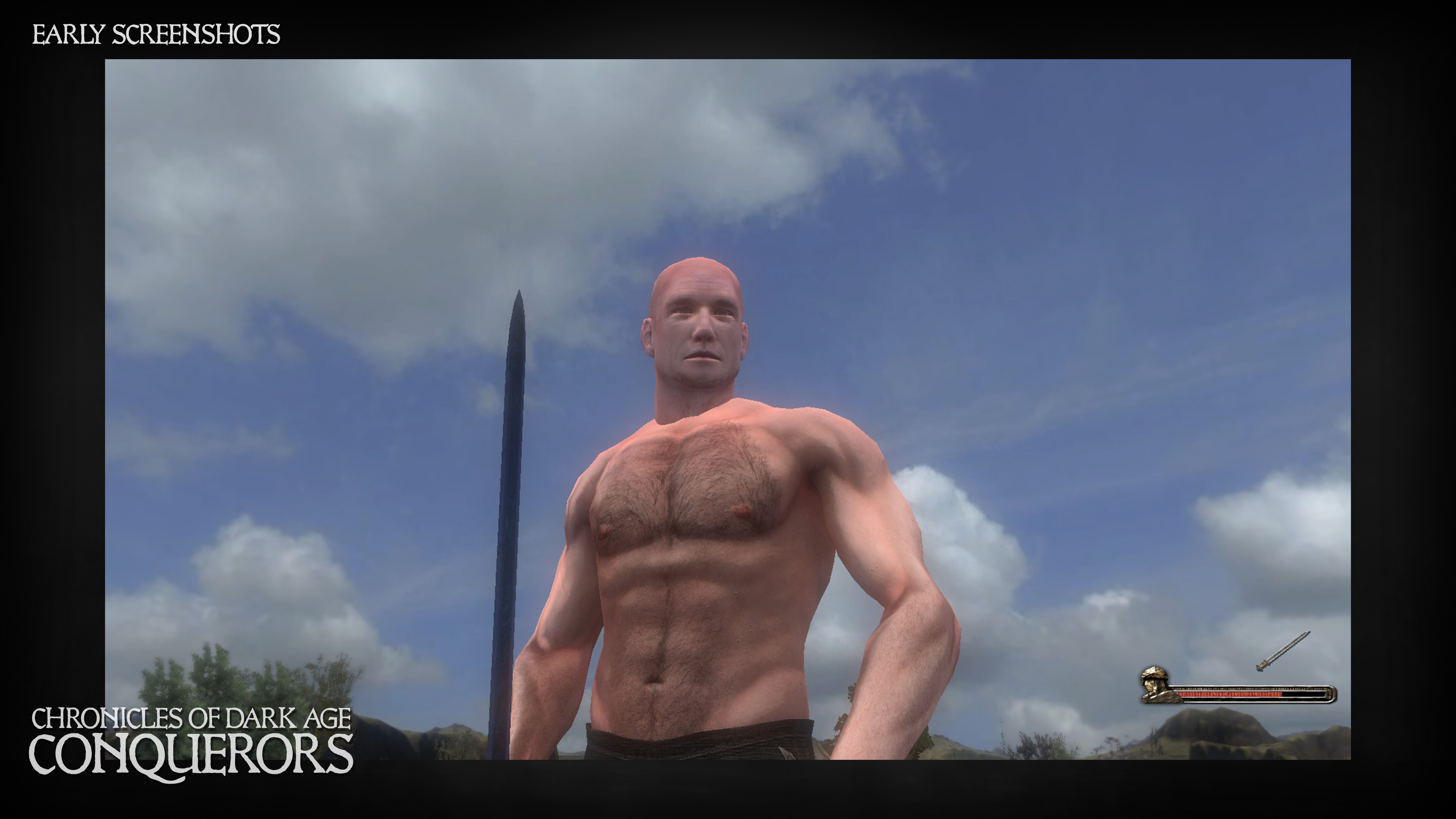 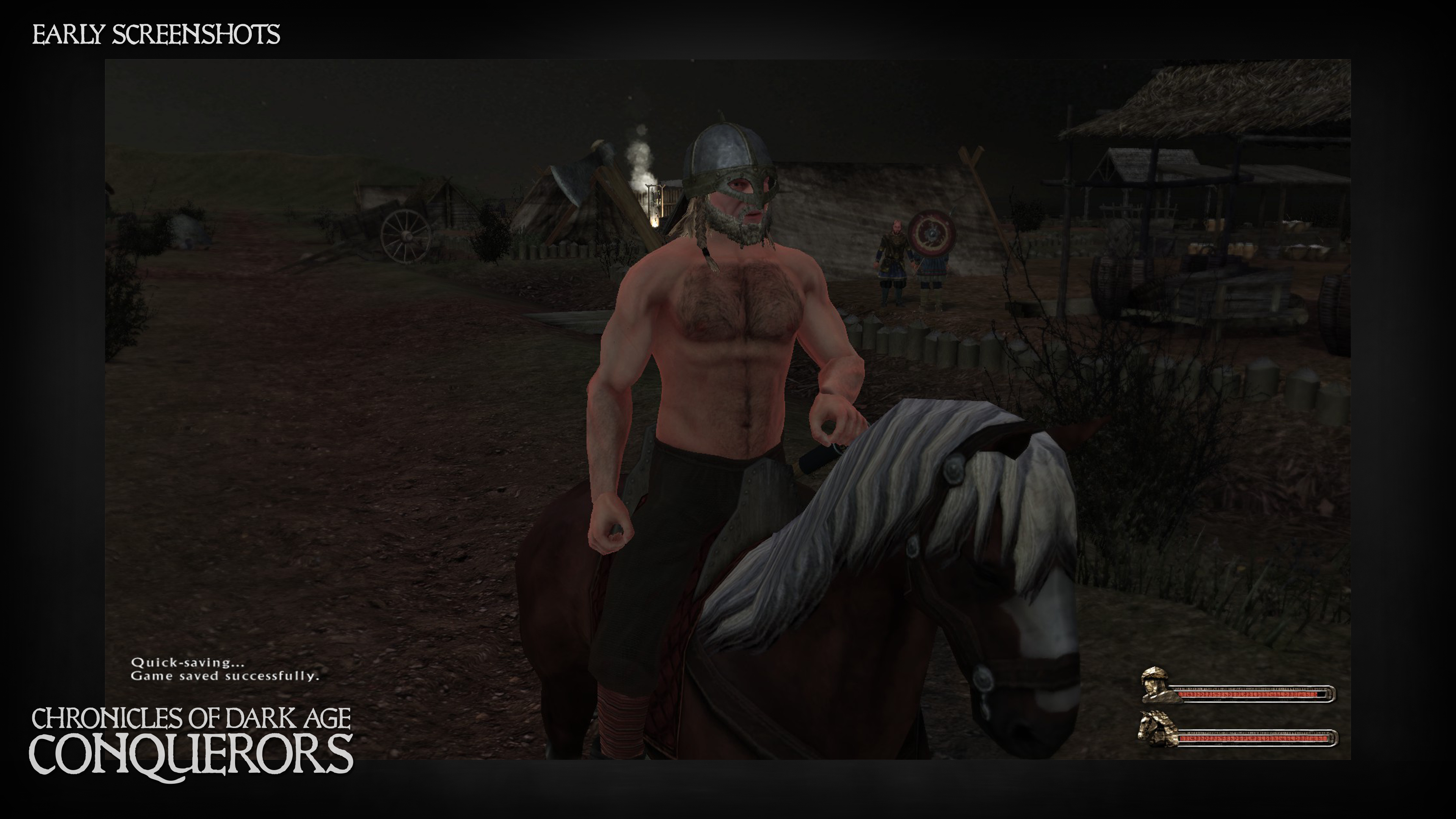 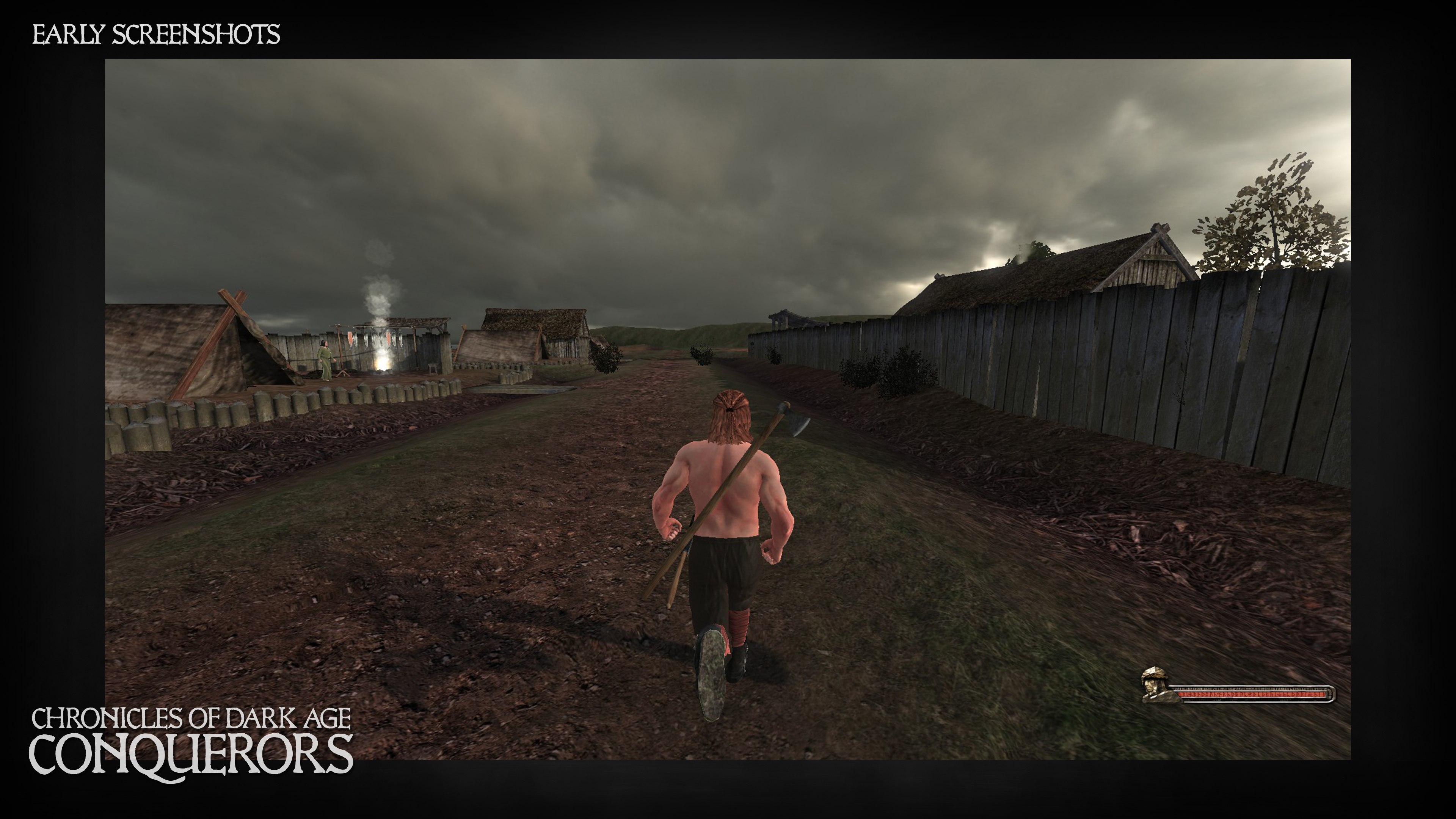 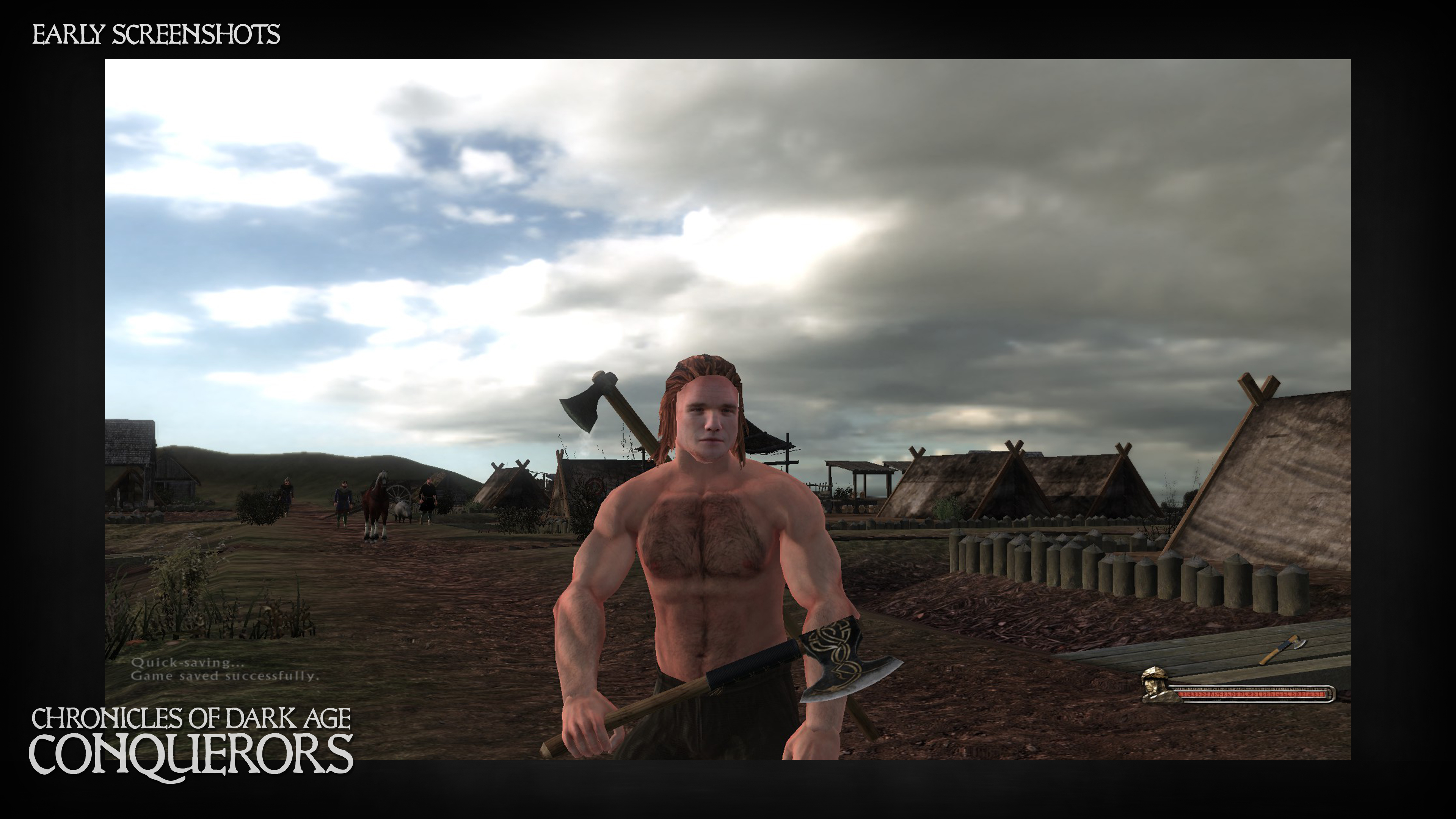 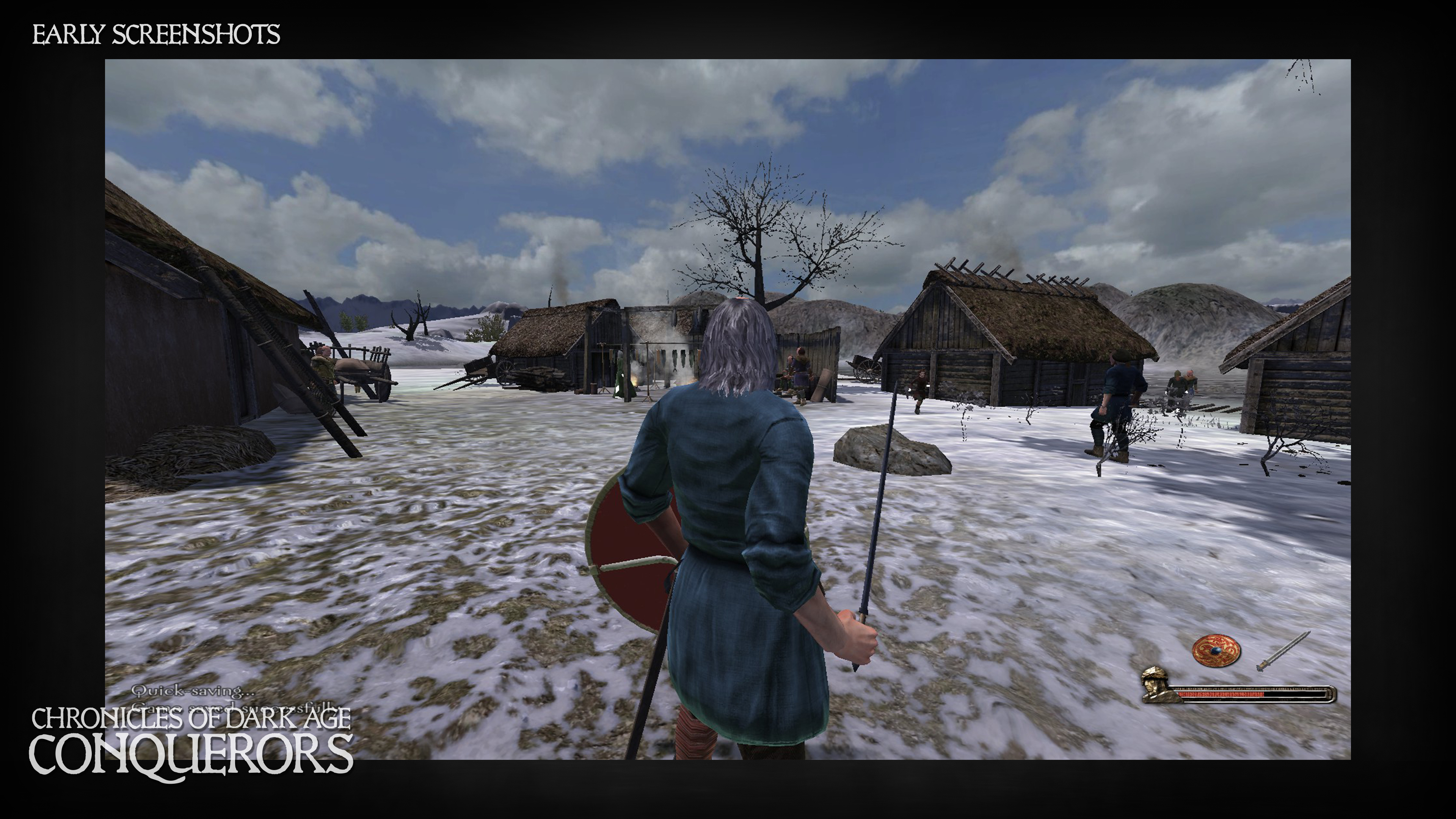 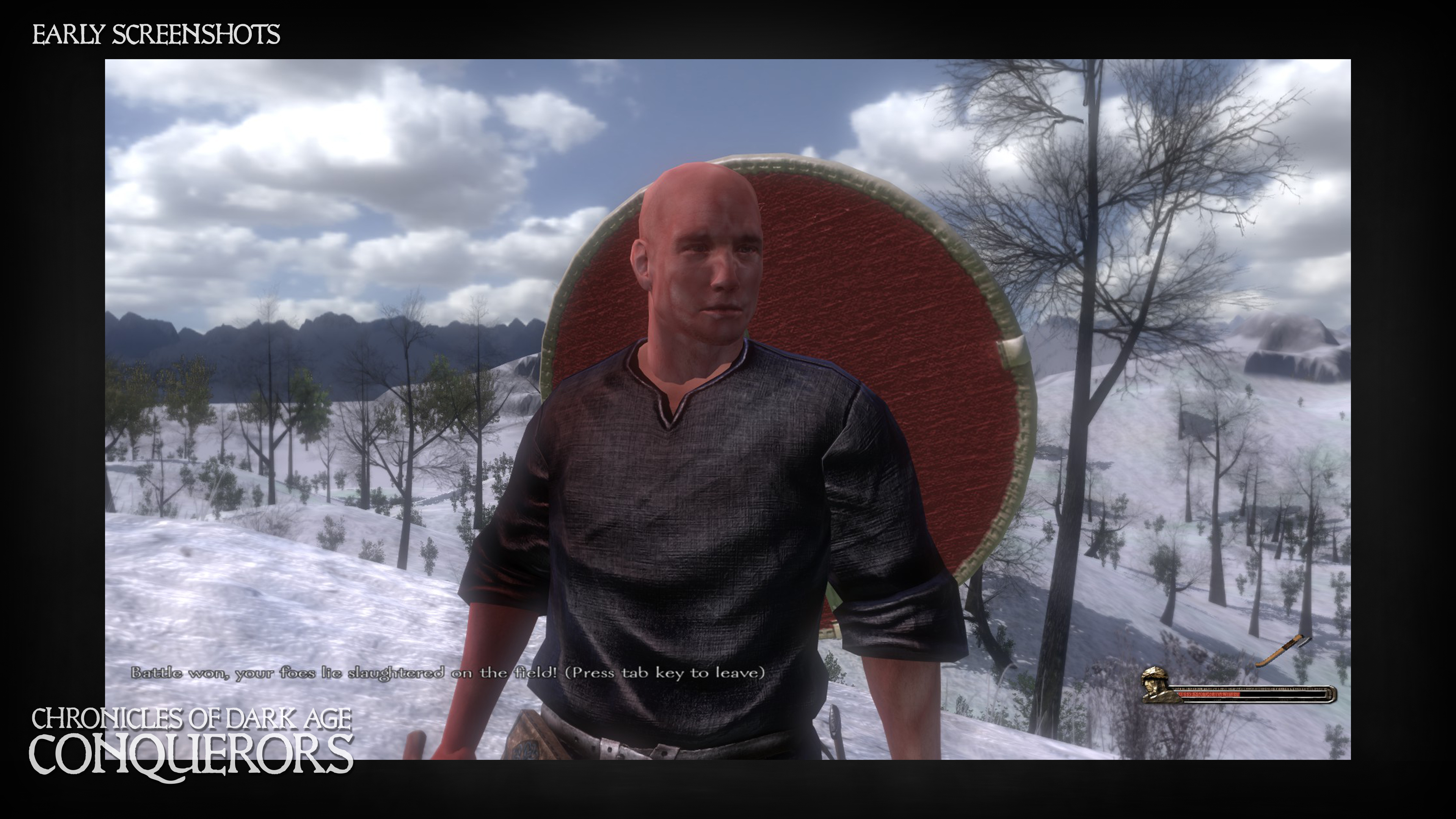 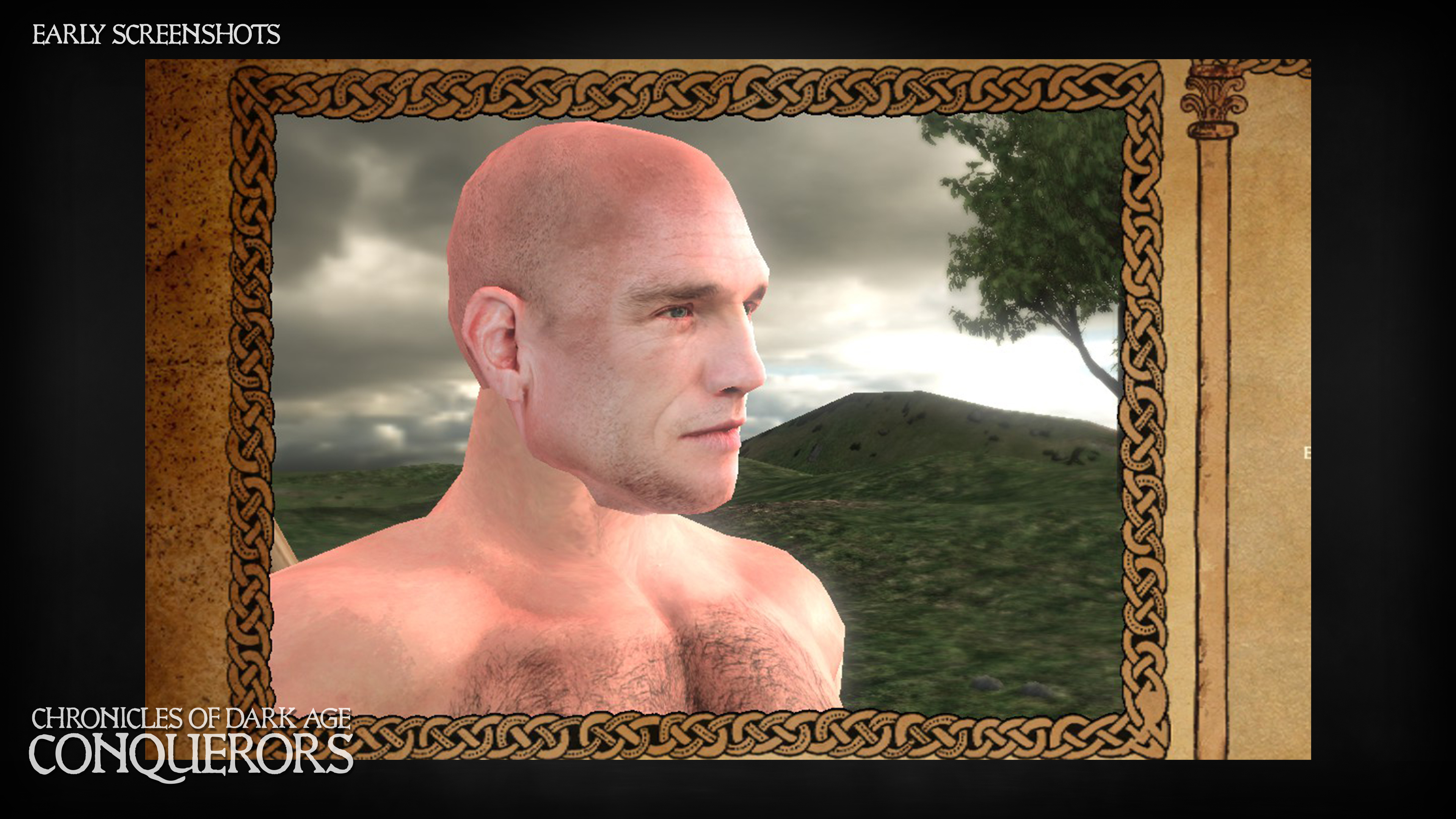 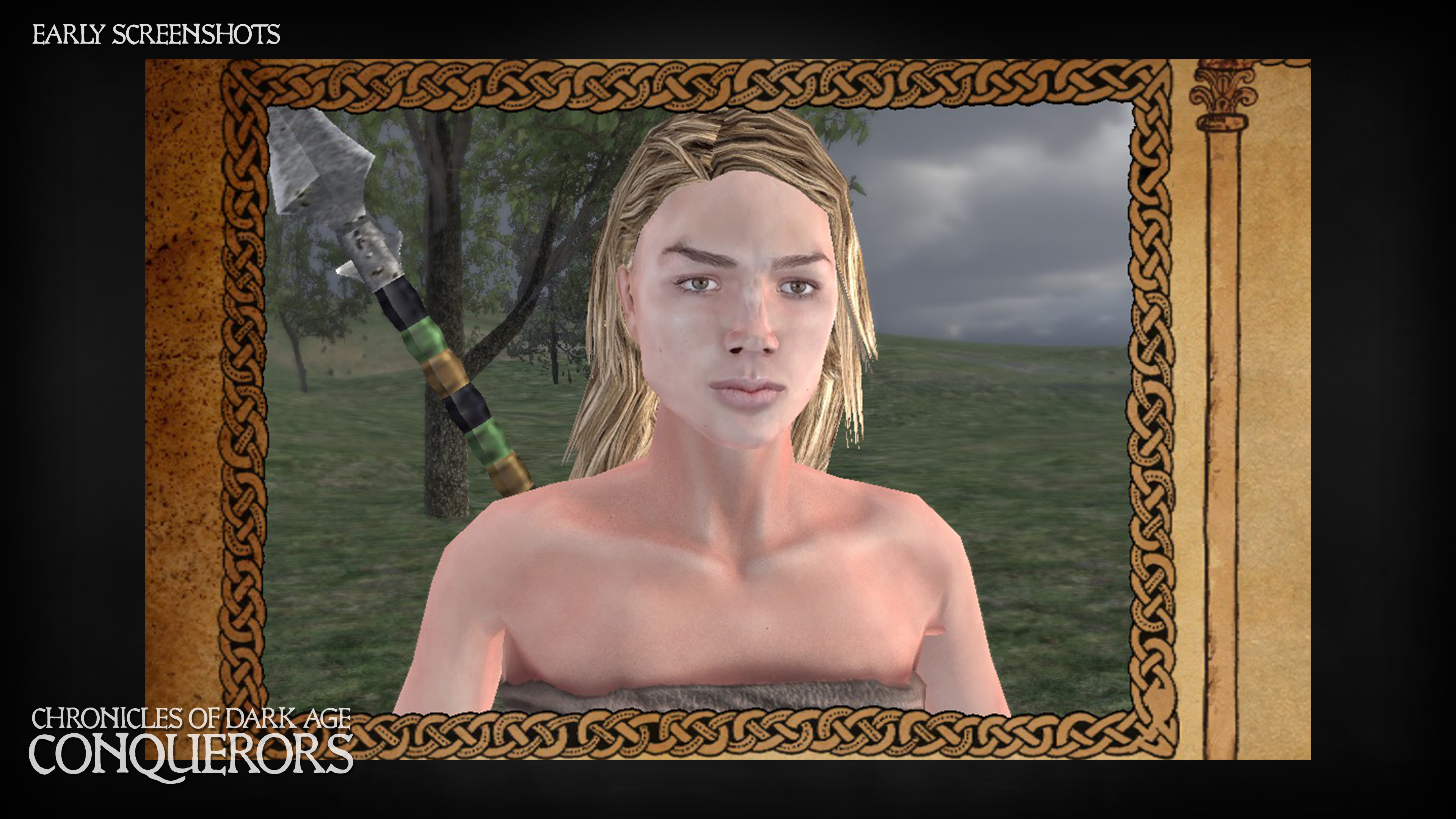 Q - What are you doing at the moment?
A - My focus today is to finish all the tunics and armor of the main factions, finish implementing the new options for character creation, add the new animations for the shield and test the kite shields (Norman and Saxon). I'll post pictures when I finish each step.

Q - What about the release date? This year yet?
A - I really wanted to launch the mod this year, but I don't want to launch it unfinished and unpolished, so due to the little time I have to work on it, I believe it will only be possible to launch it during the first half of 2021.

During my free time, I'm also helping Alek with the new version of Armor Mod, this mod changes all the armor in the game and is also focused on optimizing the 3d models and textures of the game.

I hope I have clarified some of your questions, any additional question you can ask in the comments or send me a message that I will answer as soon as possible.

Be well and have a great day ^^

News and the future of the mod

I bring news, but first I want to apologize for being away for so long...

will this mod be out this year

Not sure, but I think this mod is dying:(

How far are you with the mod and when do you think it will come out?:)

What a great idea for a mod this is! Can not wait!!

you will find more on discord :)

Hey can you give me link to a discord? :)

When is this mod gonna come out can you tell us the exact date.

i think, at end of this year probably