Introducing the ABEL assault rifle in it's two forms (long range and carbine) as well as some nice images of our potential game environments inspired by Tiberian Sun.

It's been a while. In case you haven't been following and mixing up with us on Facebook, do that NOW! We post alot of cool content on there and ask for your thoughts and opinions... with some cool random scenarios every now and then (and those get ALOT of attention - even more than the images for some reason)!

To start with, I would want to present you something very exciting... namely the "ABEL" assault rifle made by our man, Joey! This rifle has been designed by the GDI engineering teams and is the crème de la crème when it comes to modularity and interchangeability. Presented you have the standard long-to-medium range assault rifle and just beneath it the close-quartiers combat carbine.
The frontal rails are higher to allow the GDI troops to fire the powerful 6.5mm Grendel rounds with their helmets on.
Which one would you use? With what attachments? 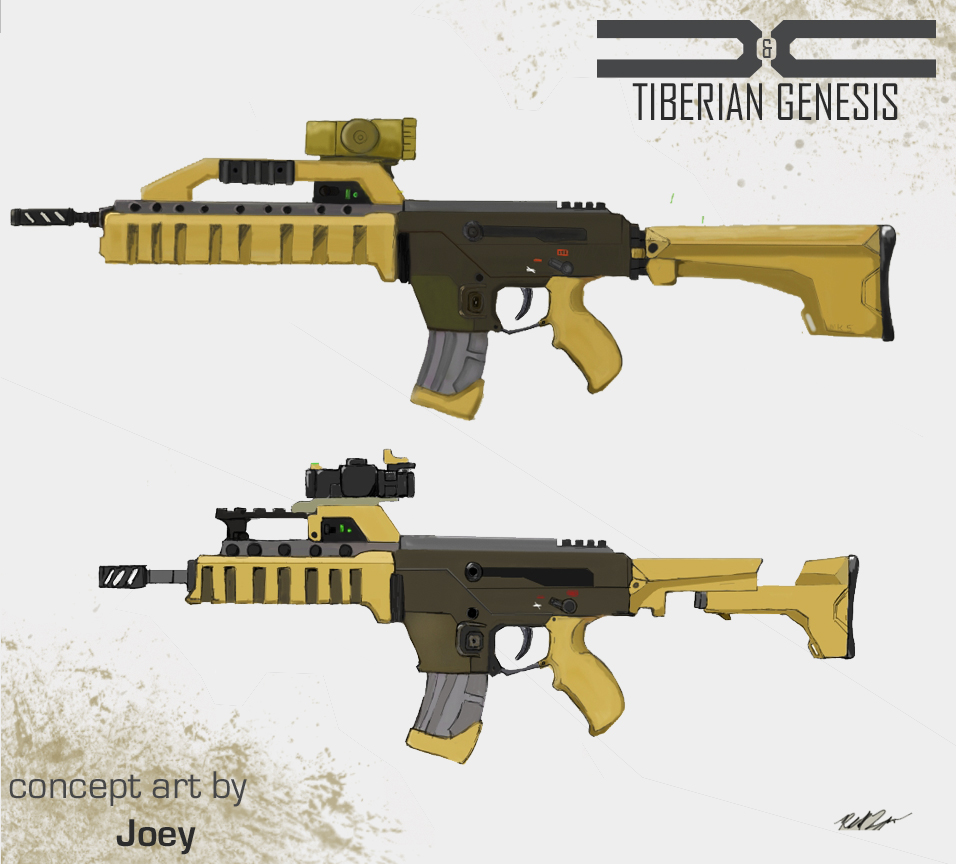 In addition, we also started thinking about how to translate the 2D Tiberian Sun environment into the photorealistic CryEngine3. Obviously the engine gives us alot of extra possibilities for details, textures and things the original crew wasn't able to implement. The awesomeness you're about to witness was made by our mapper Slamer56. 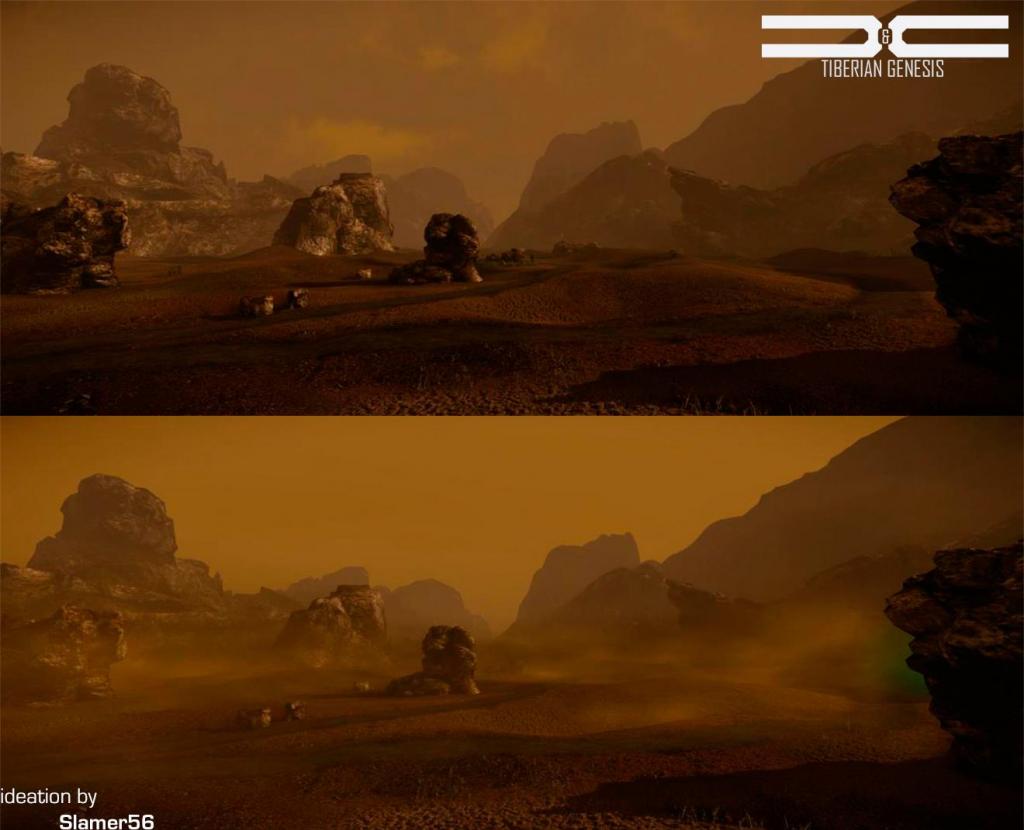 We also played with the Tiberium Fields and tried to see what effects to add. Myst, glow, maybe some glowing particle effects as well. We have to also think in terms of performance, otherwise you would never want to get out of the field because of their beauty and mesmerizing effects.

And that would be it for now! Keep your eyes wide open because we will have some major stuff in the next 3-4 weeks!

I would use both rifles, depending on the situation/map obviously.
Anyhow, when did this become a CryEngine3 mod/game? Must have missed that post :/ And it's still listed as a Crysis Wars mod here?

We did change to the CE3 and mentioned that briefly throughout our last few news posts. We will open the IndieDB page ASAP and then switch over. That also means we'll be independent of Crysis Wars and be fully stand-alone! Besides, we got used to the ModDB layout, it's warm and fuzzy :)

i like the bottom one more. maybe try moving the rail of the top one further back. and an acog like sight(x3 to x3.5 magification) or just a red dot/reflex sight

OH MAI GAWD. Awesome rifle and carbine. I like both, but I'd take the second one (as I'm more of a close quarters guy hehe)

The top rifle would be the standard rifle for GDI troopers, the second one would be the carbine, for pilots, and on board personal.

Soo.... it's a rubber AR-15 with mounts too far forward to use optics and high enough that any non-optic attachment will make it impossible to cheek weld and actually aim? Sounds like a great gun, and don't worry that sliding plastic carbine stock will never break!

This is a game based of C&C Tiberium Sun, not Gun Nut simulator 2013. Yes the rifle is not realistic, but is anything in C&C? No, and it doesn't even have to be, because it's a game. Both rifes look awesome! That is the point.

No need to get so snippy, I was only trying to make a point. Let me just say right now that I only ever played Red Alert 1,2,3, and C&C Generals, so I personally wouldn't know. The way it's presented suggests (or at least did to me) that it's a new invention, and not a direct port from the other games. Either way, it's an objectively bad gun and as such strongly tears at immersion.

Alidha, your comment is much appreciated, however when giving "objective criticism" you have to support it with arguments which you didn't provide. Better yet, if you have references you think would fit the Tiberian Sun universe, send them my way, for I'm always looking for good sci-fi weapon art.

That was the point I was trying to make: I am NOT familiar with Tiberiun Sun lore, but I am familiar with firearms and there are a huge number of practicalities overlooked (which would make the weapon very awkward and difficult to use) that I addressed in my original post, and felt worth mentioning because it could be an easy divorce from immersion for the player.

Read it again, and you might pick up on what I was hinting at.

I agree with them that thinks the mount on the rifle is to far forward. I think that rifle will put to much wight in the front which would make aiming difficult. If you have ever used an assault rifle you know that you want the wight in the back of the rifle not in the front. Other than that the concept looks great. Just a minor adjustment.

Btw I love that shot of the TS environment, it looks as it should.

I know not all people use Facebook (I absolutely support their reasons) but it is a great tool to reach many fans. All of the game-related updates will be posted here on ModDB, we are using Facebook to post things which might not be directly related to the Genesis game - such as the Tiberian Sun 1600x900 screenshot of the Hammerfest base or the poll "Which faction are you ready to die for?". It allows for dynamic updates without having to wait for authorization AND there are many people on there as well.
I think you can view it even without the account, but know that you won't be missing on anything game-related! ModDB is our main update-platform.