Because vanilla Generals isn't good enough for you.

This is an update about the new PLA infantry with some backstory.

The invasion of the red army has begun! People Liberation Army has advanced across Eastern Europe to take control over the Western Europe to fuel its ambitious global military campaign led by a newly elected communist party. With the support of its political allies, the red army now has grown even far stronger and fiercer than ever before! 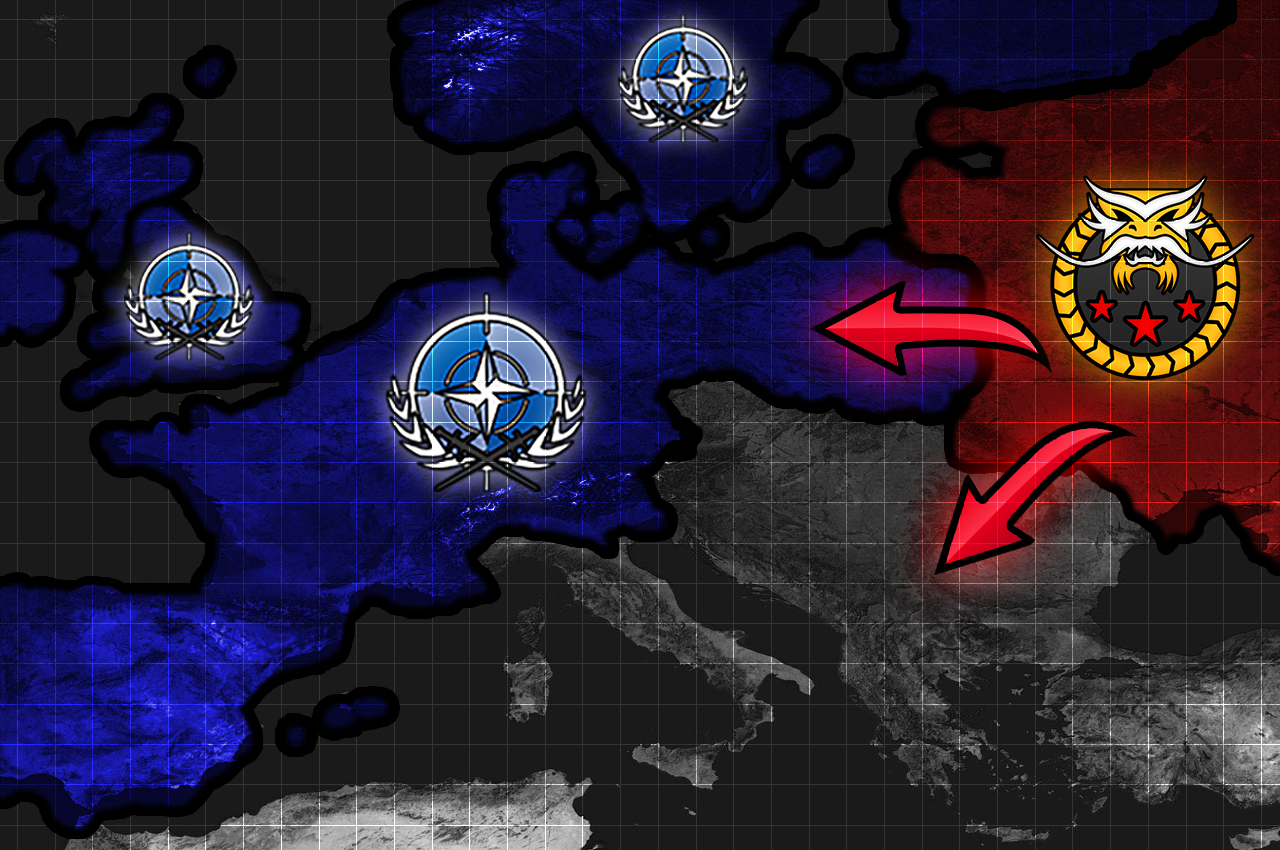 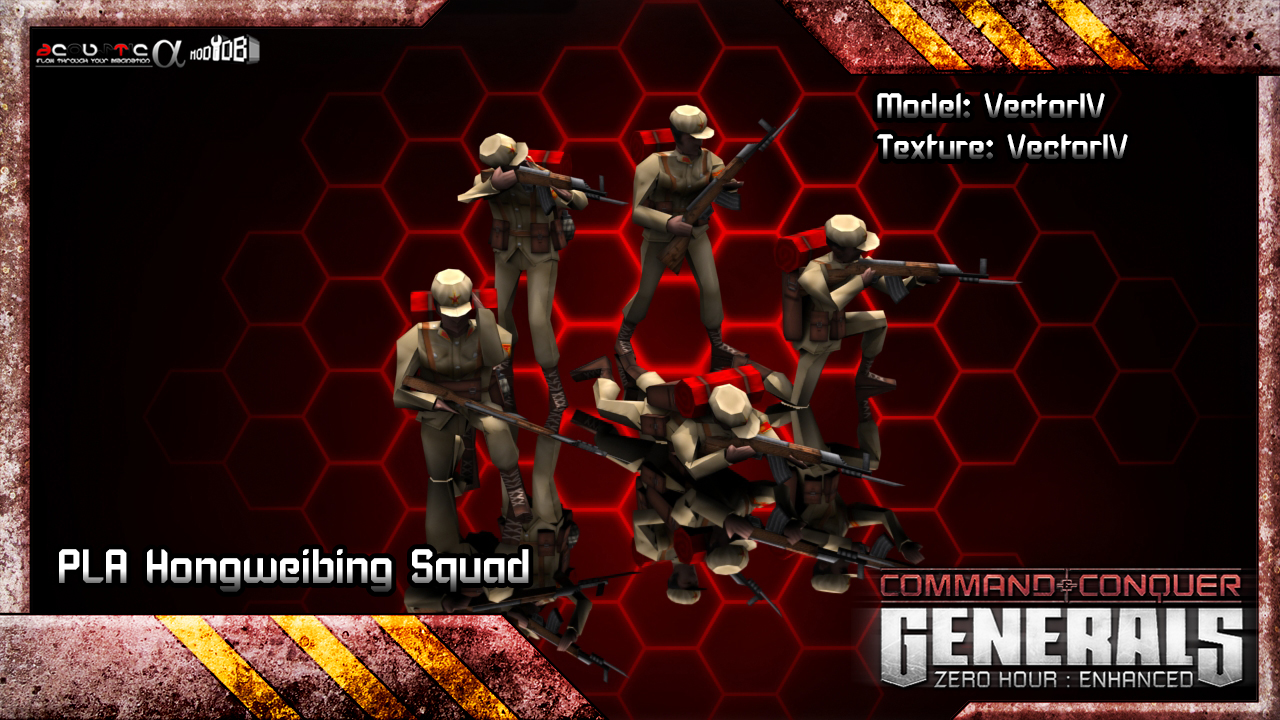 PLA "Hongweibing (or Red Guards)" squad is the frontline operative unit in PLAGF consisted of the youthfuls, disciples and volunteers. The lack of experiences among them are substituted by their overwhelming number. 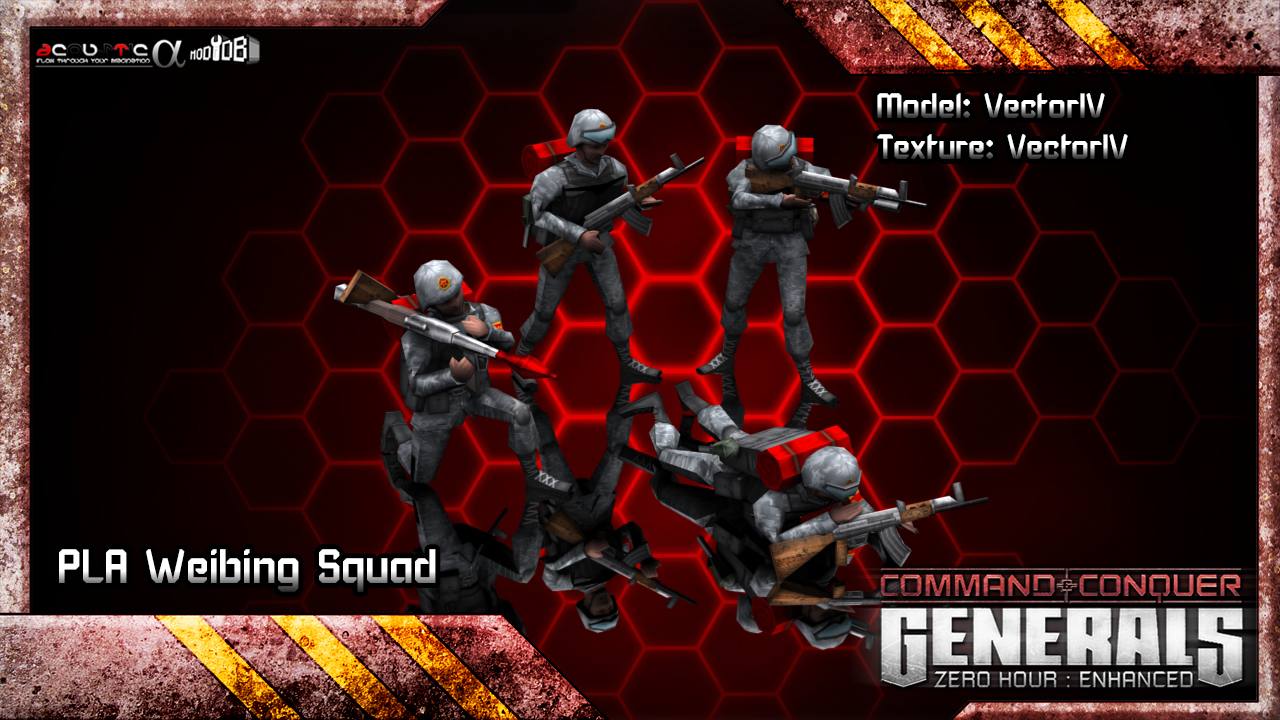 PLA "Weibing (or Guards)" squad is the light infantrymen of PLAGF that are capable of performing a wide range of combat tactics in conventional warfare. They are one of the most mobile and versatile operation units in PLAGF, and they are not to be underestimated. 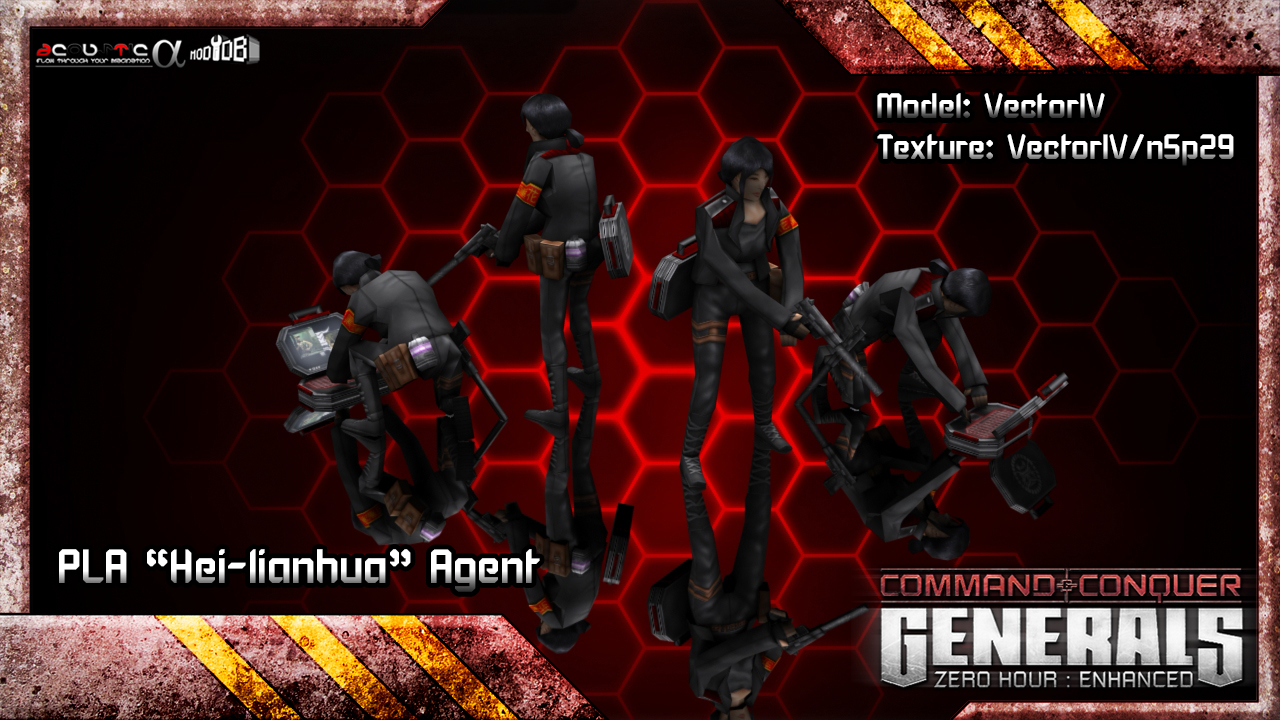 PLA "Hei-lianhua (or Black Lotus)" agent is famed for her illustrious expertise in both computer hacking and field infiltration operations. She is also a talented pistol user; her precision is as sharp as her mind. Her skills are as deadly as her utmost beauty, and many have fallen to her noxious allure. 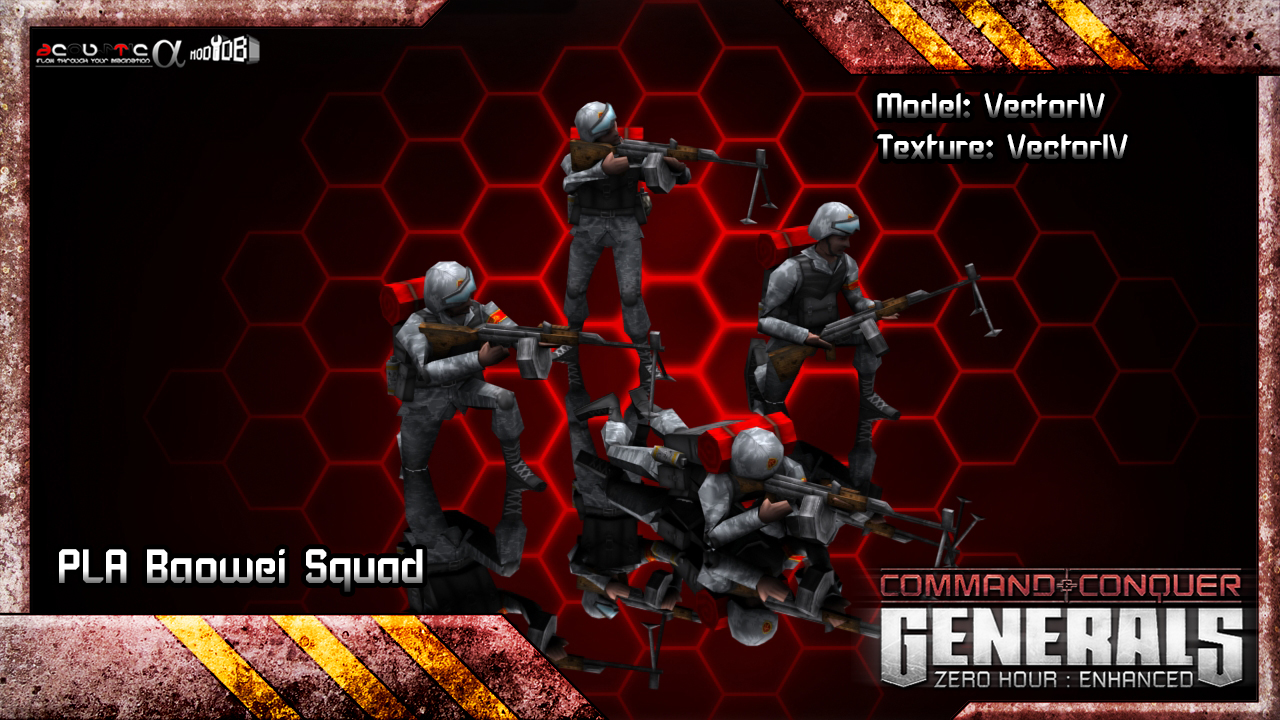 PLA "Baowei (or Wards)" squad is one of the fire support teams of PLAGF. They can provide sustained-fire or steady bursts for other operative units in their area. No other infantry could go so easily through them without bullet holes in their chests. 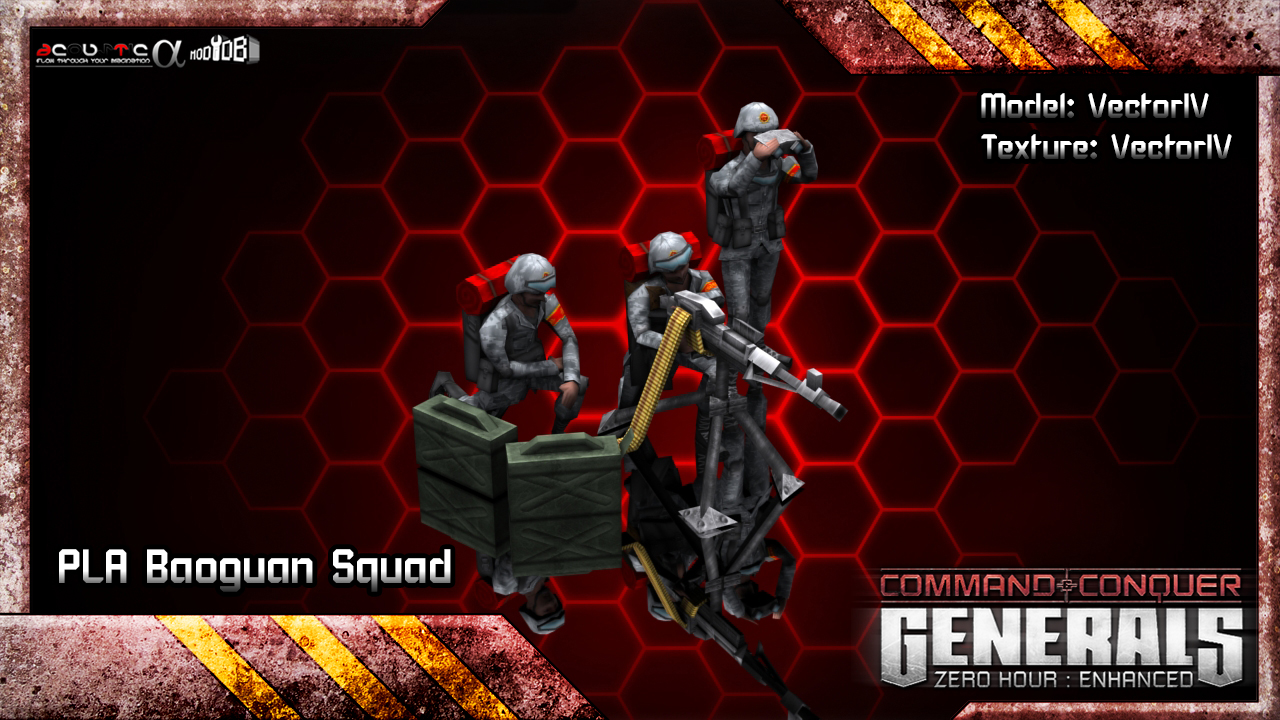 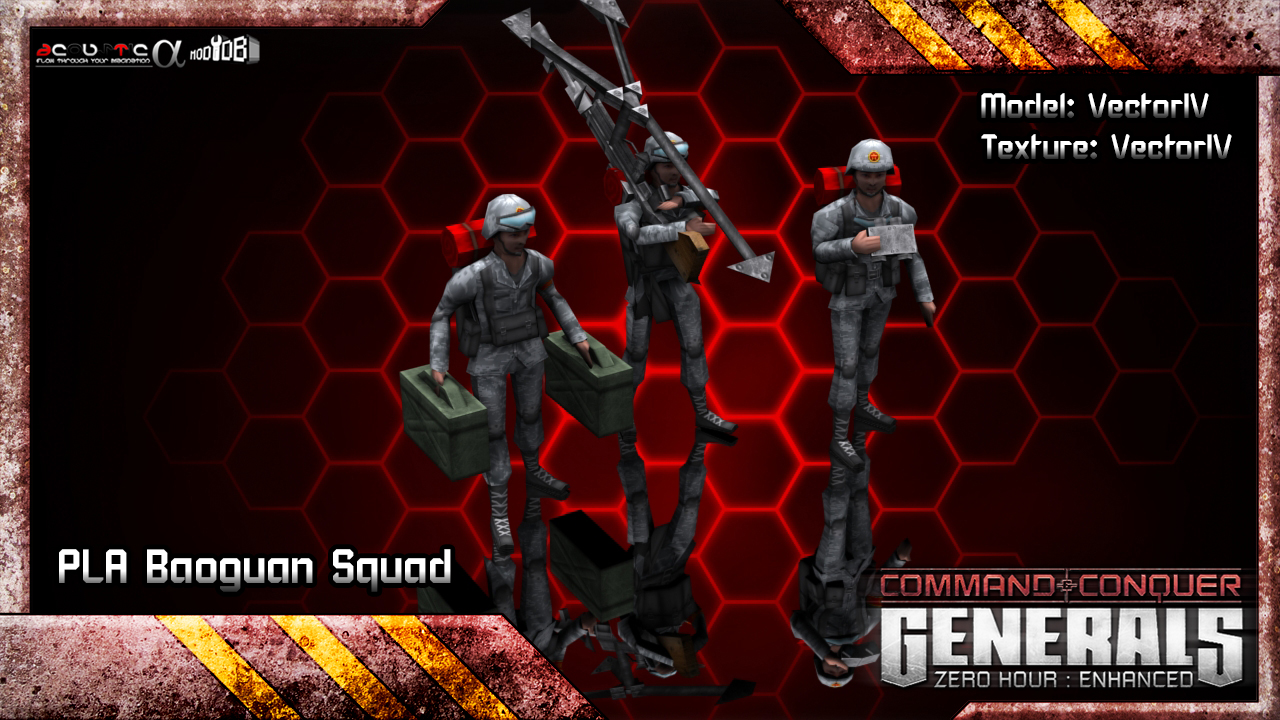 PLA "Baoguan (or Keepers)" squad is the primary fire support team of PLAGF. They provide sturdier and more powerful firepower than light machine gun teams that could even penetrate lightly armoured vehicles. Their static nature makes them extremely venerable to many threats on the battlefield if unprotected.

World War III has just begun, and the world is falling apart.

Bravo on the infantry designs and presentation!

Squad-based combat was one of my favorite features in Tiberium Wars, because it made combat seem more realistic.

However, if I remember correctly from Rise of the Reds (Volunteer Squads), a certain number of "squads" in Zero Hour engine would cause quite a FPS drop (due to the game engine, I presume).

I was wondering(considering also its enhanced graphical settings), how do Squads perform in your mod?

Normal infantry are trained in group of a certain number like the original Red Guard's production. You still control individual unit.

Weapon teams are one unit with the facade of numerous operators in them. They kind of work like Nuke Cannon; they have to be deployed before firing.

I am dying for a new release!

Woah, now this is quality, on par with any modern RTS infantry models, fantastic work :o

Welcome to Company of Generals lol

So them strategic point renders were foreshadowing

Nice details on the infantry! Even though I haven't play this mod, I'm sure it is great mod.

Whatever is it, yes.

Are the US and GLA going to recieve such overhauls as well?