Because vanilla Generals isn't good enough for you.

This is an update about the new NATO infantry with some backstory.

Now fortified in what's remain of France and Norway, NATO forces hope to defend its last foothold in Western Europe. Soldiers retreated in anguish, some were crushed by a tank, some were bombarded to fiery pieces with the Inferno artillery. Boats packed with frightened civilians attempting to cross the English Channel, some were stumped to death, some were left behind by their family. Desperate time calls for desperate measures, NATOGF has deployed special forces to tend to the wounded and fortify the defences.

Secret Services were called in in attempt to slow down the invasion. CIA Agents sacrificed themselves to sabotaged several Chinese communication relays resulting in premature chaos in command. The PLA's unstoppable attack has been stopped. For now. 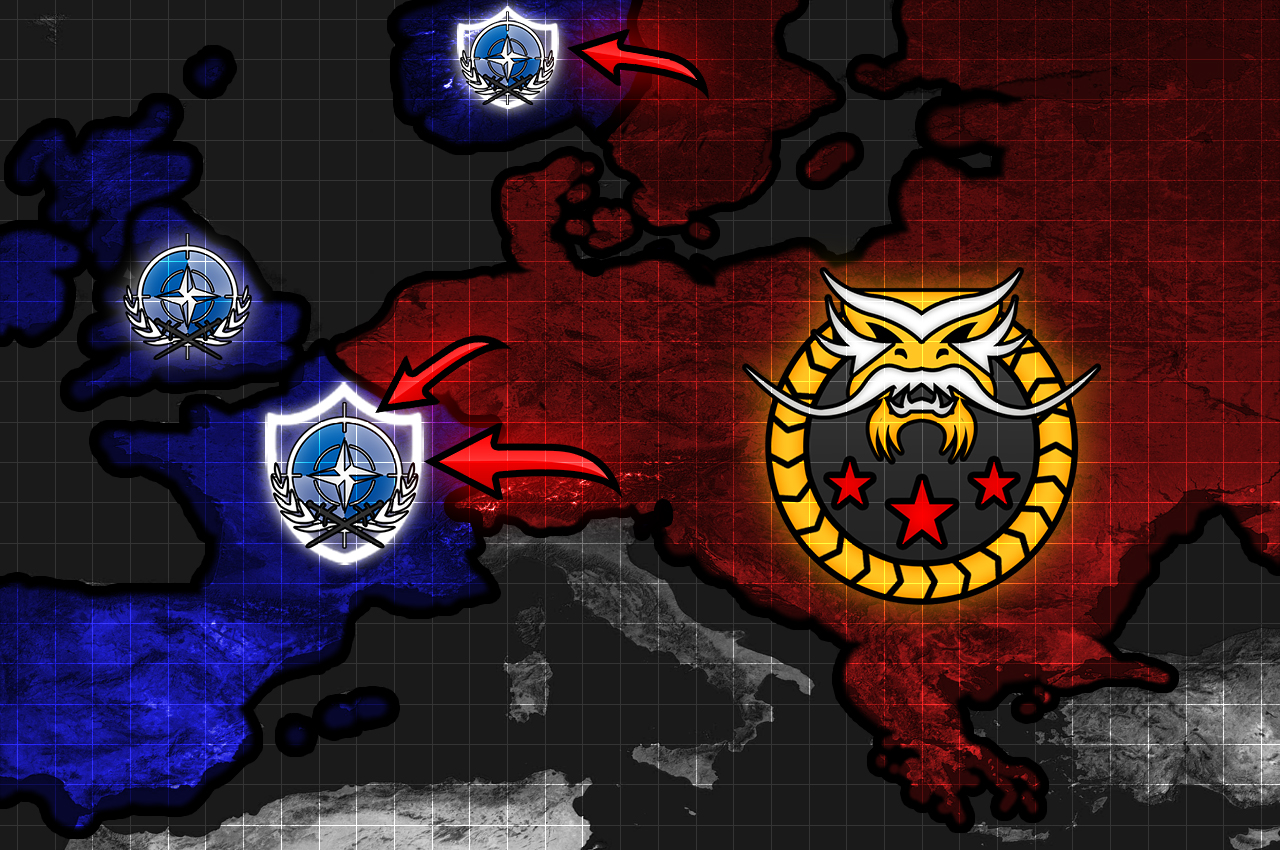 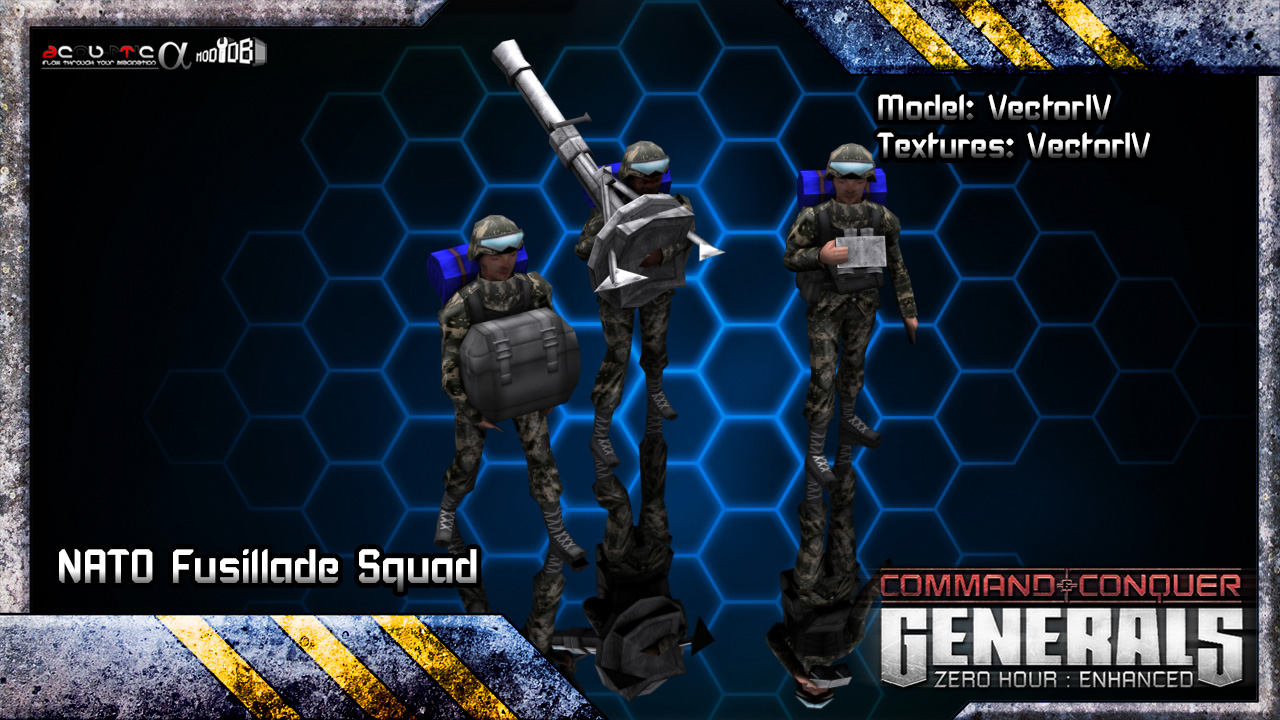 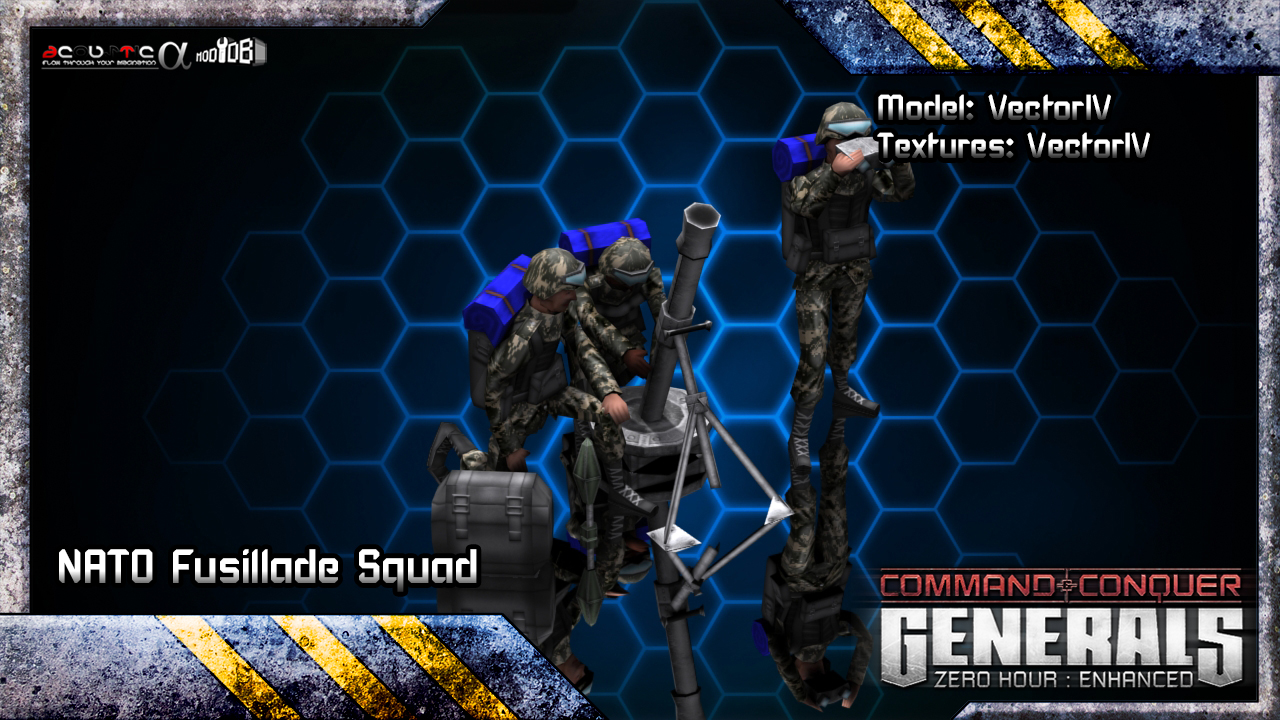 NATO "Fusillade" squad is the long-range fire support team of NATOGF. They provide indirect fire and cover support for ground troops. Their static nature and the range of their weapon makes them extremely venerable to most threats on the battlefield if left unguarded. 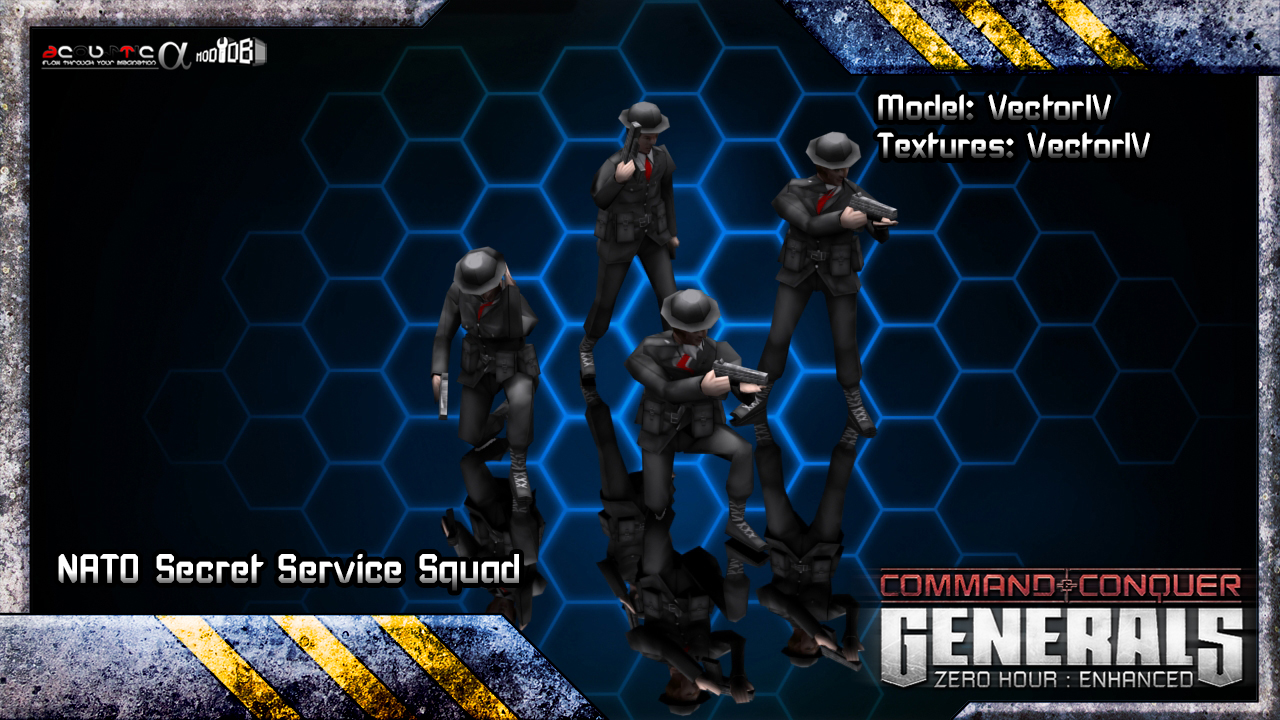 NATO "Secret Service" squad is a specialised operative unit of the NATOGF. They can sabotage enemy supply line, power grid and radar system. They are adapted to disguise tactics to sneak their ways into enemy territories. 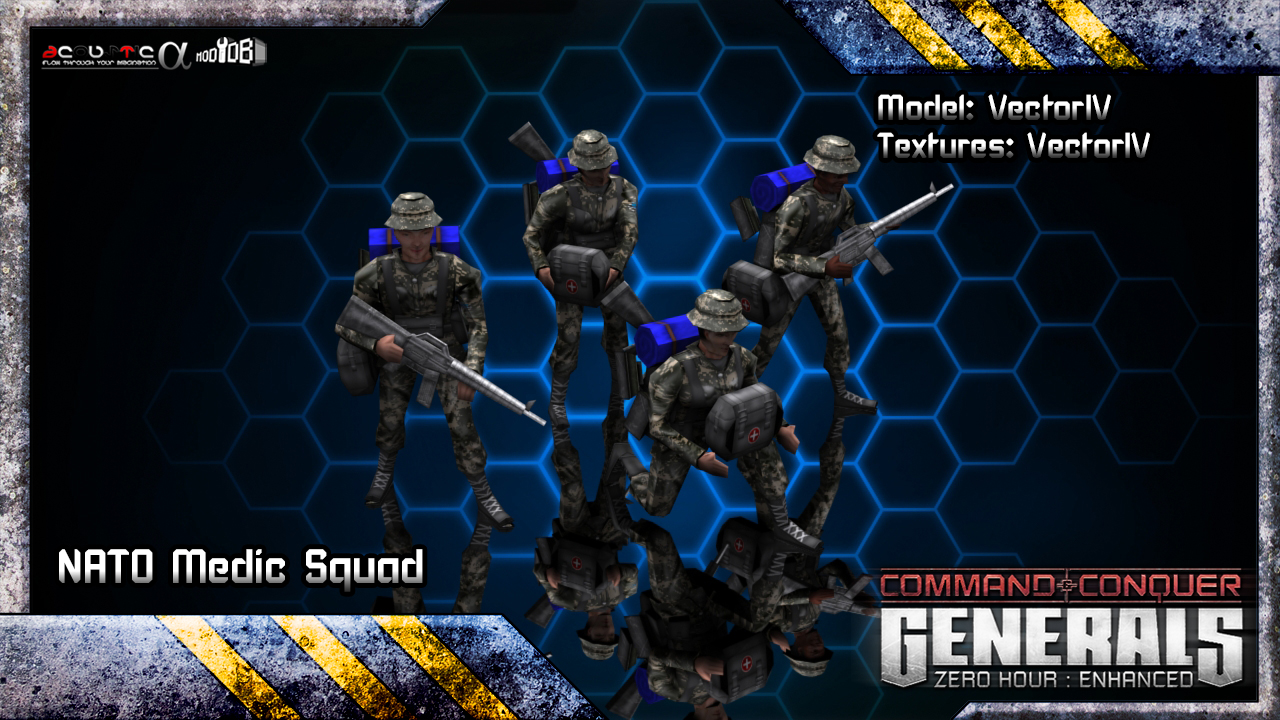 NATO "Medic" squad is the combat ready medical unit of the NATOGF. They provide first aid and AED support for ground troops while being able to conventionally survive the harshness of the battlefield. 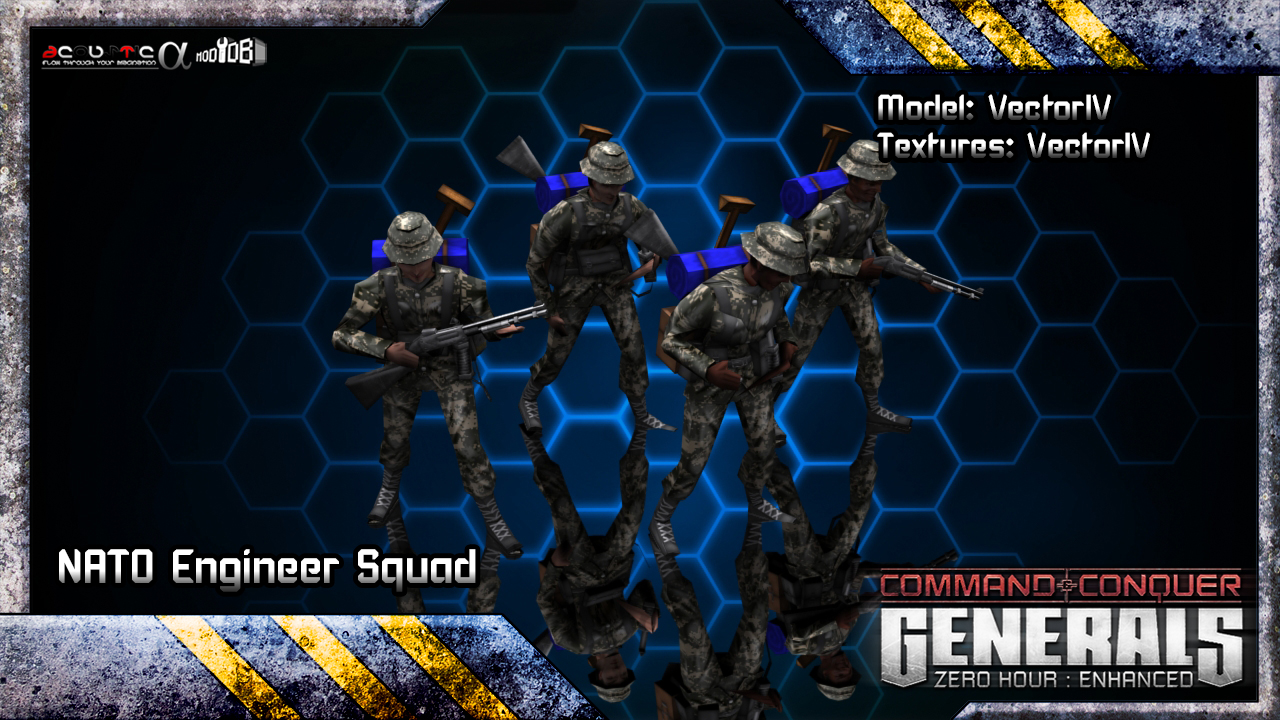 NATO "Engineer" squad is the combat ready engineering unit of the NATOGF. They provide mine detection and field repair for damage vehicles in combat. They maybe upgraded with C4 satchel charge for demolition operations in place of the existing construction shovel.

make a squad with a tripod recoilless rifle

This mod is gonna have best infantry combat :o

It's going to be pretty chaotic >:D

I was waiting for the vehicles! The infantry itself is amazing! what else for the others?

How to get updates?