Whether you prefer to call them Eastern Romans, Byzantines, or even Romaion, their achievements still echo across the centuries. The backstory to this mod is not what if they never fell. Its what if they came back. The end of WWI saw the partitioning of the Ottoman Empire and a war between Greece and proto-Turkey. Greek ambitions clashed with Turk nationalism and the Greeks lost. However, the Greeks came remarkably close to winning and this mod presents what 1936 and 1939 might have looked like if they did.

Thanks for voting and helping Byzantium on it's quest to become the 2022 Mod of the Year. You are now in with a chance to score some free games from our #modlove collection. Help this mod secure more votes by embedding the widget (or link) we have included below on your favorite sites.

The Old Order: The Next Days of Europe
Post article RSS Articles 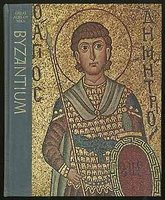 Ever since finding Byzantium, part of the Time Life Great Ages of Man series, in a small midwestern town library back in the late seventies, or maybe it was the early eighties, I have been a fan of the byz. Yes I know it would be more accurate to call them roman or romaioi, but I still know and love them as the byz.

I've really enjoyed playing the byz in Crusader Kings, Europa Universalis, Victoria, and even modded in to Hearts of Iron. But what about HoI4? Well here is my effort to add them.

I find Byzantium fascinating and mod worthy because it is unique. A christian empire with both a roman and greek lineage. A city reaching a million souls guarded by walls whose remains impress. A bridge between the east and west. A golden horn. Viking guards. Cataphracts. Flamethrowers! And so much more.

Byzantium came very close to being reborn in the 1920's. If Greece had been a little more successful during their war with Turkey Constantine I could very well have fulfilled the prophecy of the Marble King, instead of ending the Megali Idea.

Many greeks continued to think of themselves as roman well into the 20th century, as shown by songs like Romios Agapise Romia. Romios, not Hellenos. Even the first prince to be born in Greece, of modern greece's royal family, was christened Constantine. Not Plato or Achilles or even Alexander, Constantine.

This mod's "what if" occurs during the 1919-1922 war between Greece and Turkey. The Greeks win an even more decisive victory at the Battle of Dorylaion in July 1921 and here choose not to advance on Ankara. Securing more of the eastern Aegean coastline and Thrace instead.

A weaker Turkey is unable to force the Greeks out and the Treaty of Lausanne re-ends the war between the Ottoman Empire and western powers as well as defining the new borders of a reborn Byzantium and newborn Turkey.

Byzantium instead of Greece because during the war Turkey reached secret agreements with the Italians and the French. Here the Greek government discovered it and went public. This outraged the Greek citizenry and was considered a betrayal of promises made in exchange for them joining the Allies during World War I. It led to a backlash not only against the French and Italians, but the "west" in general.

The label "Hellenes," used by Greek nationalists seeking western support in the 19th century, regained the pagan associations it had before and "Romaioi" returned as the way many Greeks prefered to call themselves.

Constantine I was proclaimed Emperor Constantine XII in 1923, the rebirth of the Basileia Romaion declared, and Istanbul rechristened Constantinople. By 1936 his son George II has been Emperor for a decade. 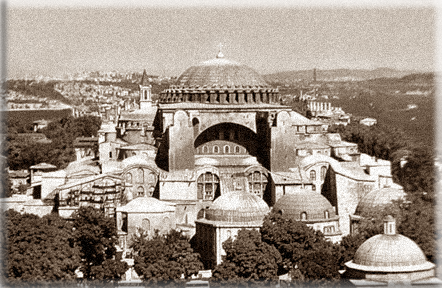 Lead the risen romaioi to greatness.
Restore the Imperium Romanorum.
One Empire, One Church, One Law

Updated to 1.4. Should work with or without Death or Dishonor DLC.

Doing some tweaks before 1.4 come out. Should work fine with or without the Torch expansion.

Updated for the Torch patch/expansion. Should work fine with and without the dlc.

Update to medium size Byz commie flag. Somehow I replaced it with a Georgian one at some point. Fixed now.

Whether you prefer to call them Eastern Romans, Byzantines, or even Romaion, their achievements still echo across the centuries. The backstory to this...

I hate Byzantium but this mod is cool.

Why do you hate Byzantium? It was a great empire, the heir of the Roman Empire.

turkish flag behind his avatar is self-explanatory.

My avatar is troll. Yes, Byzantium is a great civilized empire but they are liar, coward and they insult everybody. So I dont love Byzantium.

This is definately one of the best mods i've ever used in HOI IV. Seriously, impressive work you did there, i only can wish to get the event-making abilities this mod required to do. Never had Greek playthough so fun, not even in Vic II.

I'm the creator of True Brazil and if you need any kind of assistance for translating the mod to Portuguese or, if you wish to expand a little bit the Industrial branch of the National Focus Tree or any other thing on that matter, just contact me!

Again, great job with the mod!