Building icons now reflect their building chain's upgrade progression. In vanilla, the building icons were repeated for every building in a particular chain; no longer!

FAQ & Compatibility:1. Is this mod compatible with Radious and other mods?
If you use Radious Total Units, then you don't need to subscribe to this file. Radious includes my icons in his Total Units mod. For compatibility with other mods the answer is: "most likely yes." Conflicts will exist with mods that also modify building icons. I do not test compatibility with other mods, so the best thing to do is to subscribe to both mods and see what happens. Note: I cannot do anything about other mods that conflict with this mod.

2. I've subscribed to this file, but the icons haven't changed. Why?
You've probably stumbled upon a mod conflict, which means you're using two (or more) mods that are changing the buildings variants table. Whichever mod comes first alphabetically will have priority. Try to disable your other mods until you find the culprit, then contact that mod's author. Note: I cannot do anything about other mods that conflict with this mod.

3. Is this mod save-game compatible?
Yes.

5. Will this work with Mortal Empires?
You will need the Building Progression Icons II version of this mod for Mortal Empires. This version is specifically for WH1 only.

6. May I use this mod in my mod?
No. Doing so may cause mod conflicts.

7. How come isn't changed? Is this right?
I modified most military/city/support icons, but not everything. Check the preview images at the top of this post to see exactly which building icons were changed.

8. Can you ?
Thanks for your consideration. Please drop by our discord to leave your suggestions and feedback. I do read them all. If you're a Patreon subscriber, we also hold regular polls so you can actually shape the direction of the team's mods going forward. 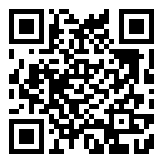 To promote Building Progression Icons and grow its popularity (top mods), use the embed code provided on your homepage, blog, forums and elsewhere you desire. Or try our widget.

Here we go again. Another roster expansion, new techs, characters, skills, just like with the Southern Realms, but with less plumes and more beards. Way...

The Empire of Sigmar

This is a simple mod that adds a handful of new units from the lore into the game.

Mod is created based on a series of games Disciples, based on Medieval II: Total War. Unlike the games of the Disciples series, where the fighting has...

Put simply, this mod adds new Generals (Lords) to Total War: Warhammer, for each of the factions rosters, all of which are based on Warhammer Fantasy...

This mod is set in the first age of Middle Earth in Beleriand. The campaign starts in the aftermath of the Dagor Bragollach. If you are a scripter, 2D...

This is a mod that I have being working on for a while. I've found that there are a lot of amazing game of thrones mods being worked on, all of them perfecting...