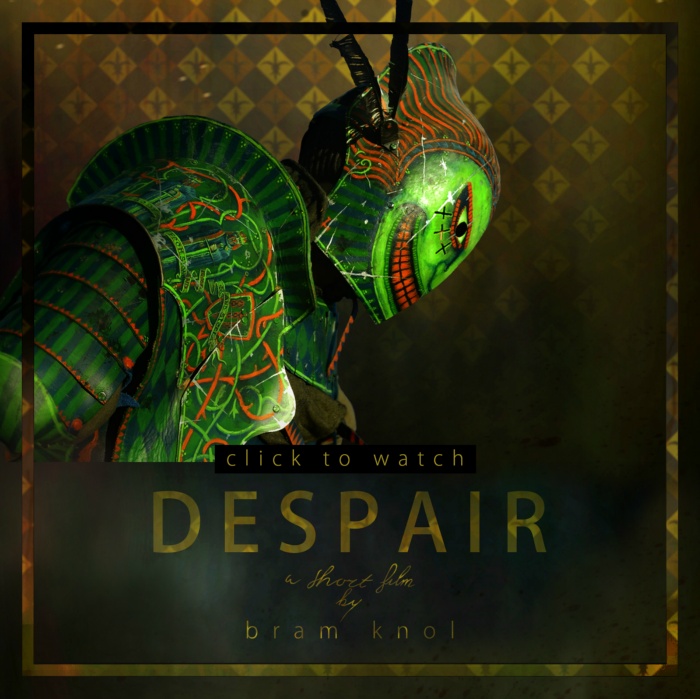 This mod adds some of the colorful armors of the short fantasy movie DESPAIR to mount and blade warband.

My aim is to recreate the two full armor sets of DESPAIRs main characters, currently only the Imperial Generals armor is included.

Models and textures included are hand made and hand painted by me, Don't use them for other mods without my permission.

I just finished porting (or actually almost completely remaking) the Imperial General armor I recently made for Mount and Blade to Skyrim.

The Process was pain staking, but in the end luckily everything worked. The skyrim version also has a Shield and hammer inspired on the ones the Imperial General uses in DESPAIR.

I hope I will find some time soon to start working on the Green Knight armor (and hopefully making it work in both Skyrim and Warband).
Also I will port the shield and hammer to the Warband version of this mod.

Please support me by watching DESPAIR and the making of DESPAIR and subscribing to me on youtube:

Version 1 of my Despair armors mod is now available for download. It includes The Imperial General's armor and helmet. Next update wil include the Green...

First Release, adds the imperial armor and helmet to Mount and Blade Warband.

Some day after you've completed both generals' armors and weapons it would be cool if you would ad the soldier's armors and weapons to or maybe make them custom soldiers for a mod. Actually a Despair mod sounds really cool now that I think about it.

Will you be adding more armours?

Using the Bram Knol's instruction of this mod,I did a tutorial (Bram Knol's Despair Armors v1.0) using pictures.
I'm not a modder, I just followed the instructions.Enjoy!
Imgur.com

thank you so much :)

It works great. After 2 in-game days I found the armour in PoP 3. I changed the body armour stats slightly worse than Noldor Rune Armour.

And what is even more important: It looks cool.

But BramKnot, is ist possible that you add more colour variants? For instance the green one from the title or a black-violet one. I need something for my Knighthood Order.

Out of curiosity would you mind telling me how you changed the item's stats? Cause I'm using the armor with the anno domini 1257 mod and it's stats are kind of low for that mod considering what kind of armor it is.

Hey Bram ! I know that in the descriptions says not to implement this in Native, but I did it, I can find the helmet but i can't find the body armor.
You can add shields too by retexturing shields from the rhodocks.I hope that you'll ad more armores. :)

If you installed the armors properly and added the right text to the item_kinds file, everything should appear in the game. To check if it works, create a new character, enable cheat mode and travel to every city. The armor should be for sale somewhere.

can you make a video tutorial?

I had created a new character and checked in every town and I could find only the helmet and I want to say that il looks owesome.

I had raise again with 2 tha numeber at the begining of item_kinds1.txt and now it wotks :)