Ultimate collection of custom weapons compatible with all custom addons. By NoOne and Dzierzan.

Weapons Mod 4.0 is coming, along with it a lot of new weapons and features!

BEFORE YOU READ THIS ARTICLE, YOU MUST KNOW THAT WEAPONS MOD 4.0 WILL NOT BE COMPATIBLE WITH BLOODGDX PORT!

Hey everyone! It's been a while since we released Weapons Mod 3.0. Since then we have learned more how we can improve our weapons to be more sophisticated and cooler. Let us show to you our new creations from our evil lab!

As the name suggests, it's just a pitchfork with electric capabilities. It does electric damage, so it means just like Tesla Gun, it electrocutes enemies. 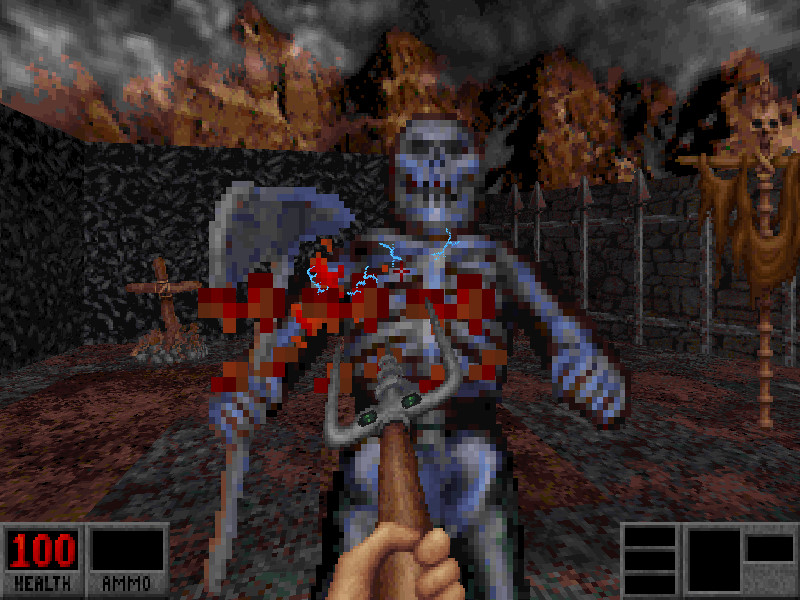 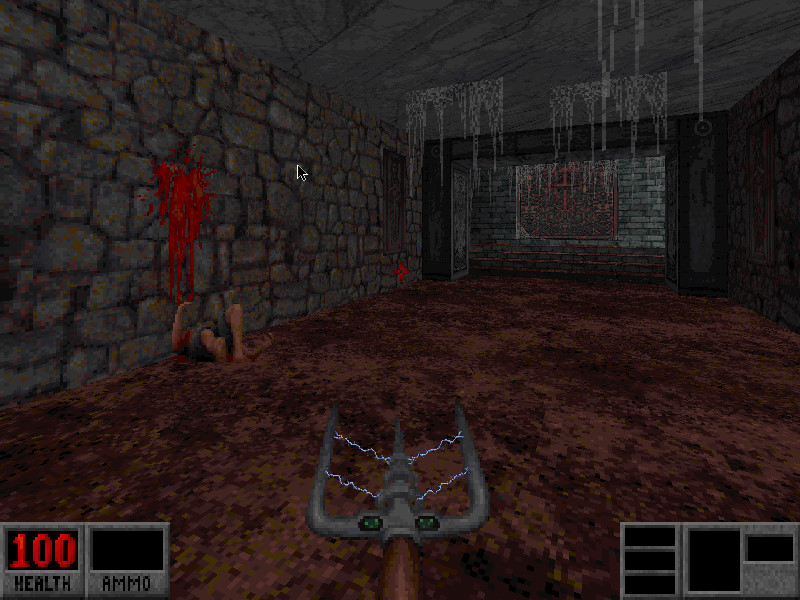 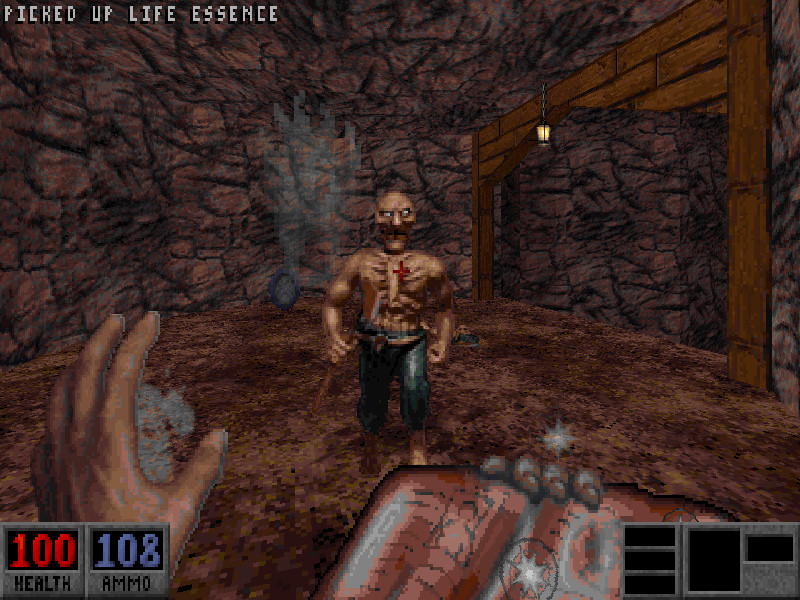 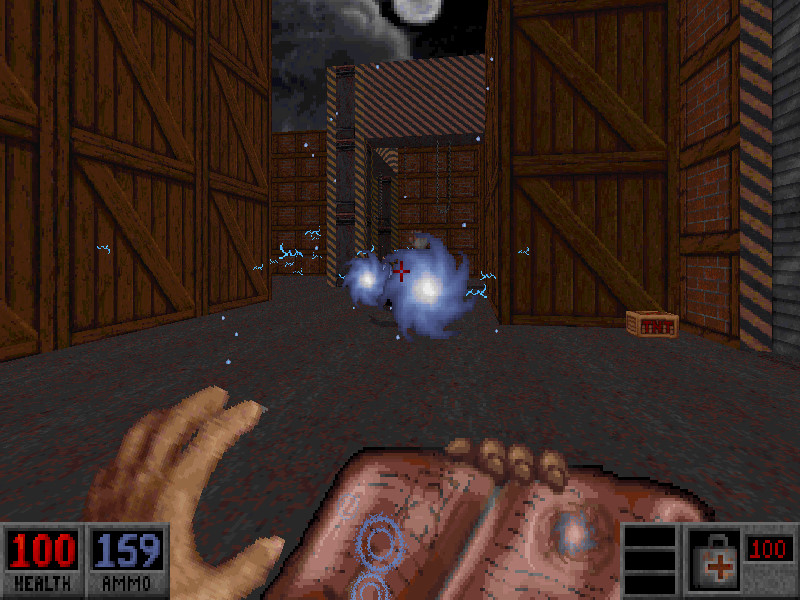 This is another weapon from Blood Alpha which we resurrected. In Blood Alpha the weapon was supposingly be able to shoot ectoskull projectiles. So as you guessed it, it does that in Weapons Mod 4.0 too! Moreover, the weapon has now different animation for alternative fire (ingenious hacking of the game), it shoots blue fireballs, yes, the same ones which Tchernobog uses! Of course they use more ammo per shot. And to end this part of the text, the Shadow Gun now uses never seen before the full spritesheet! In Blood Alpha, SG misses some sprites and we have recently managed to acquire them! 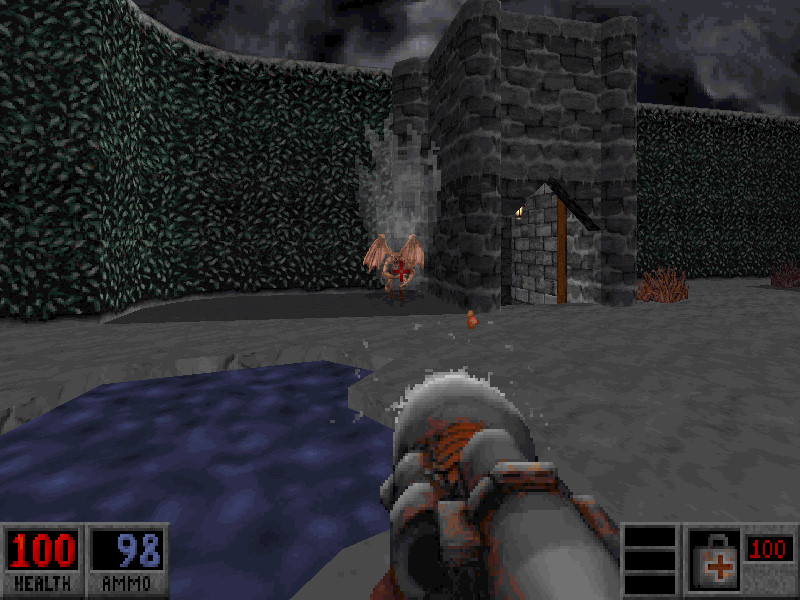 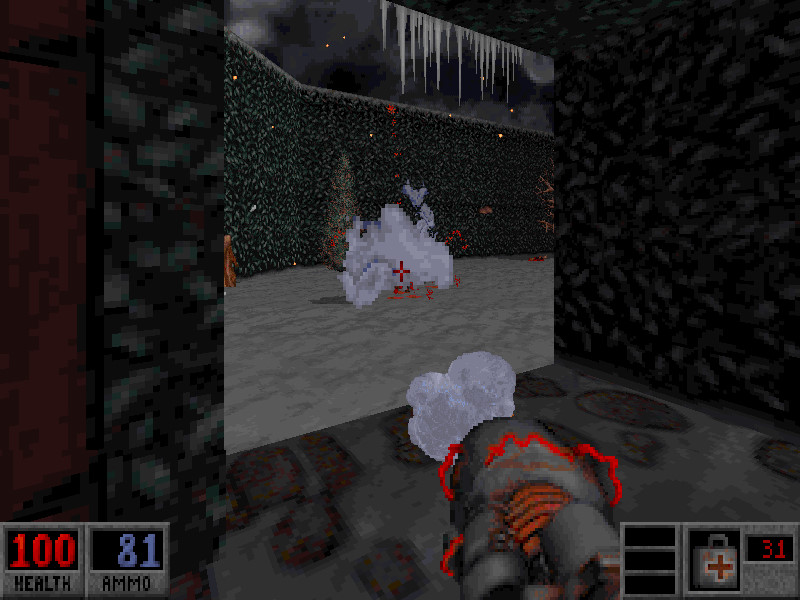 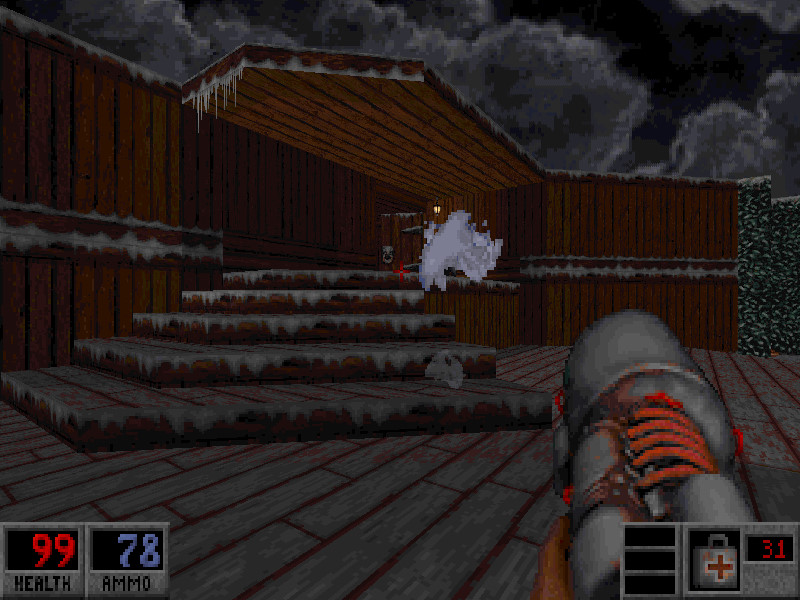 Nothing too much special. It's just a submachine gun. But since not everyone might like revolvers, people can now use this SMG. Its rate of fire is faster than Tommy's, but it has more spread. 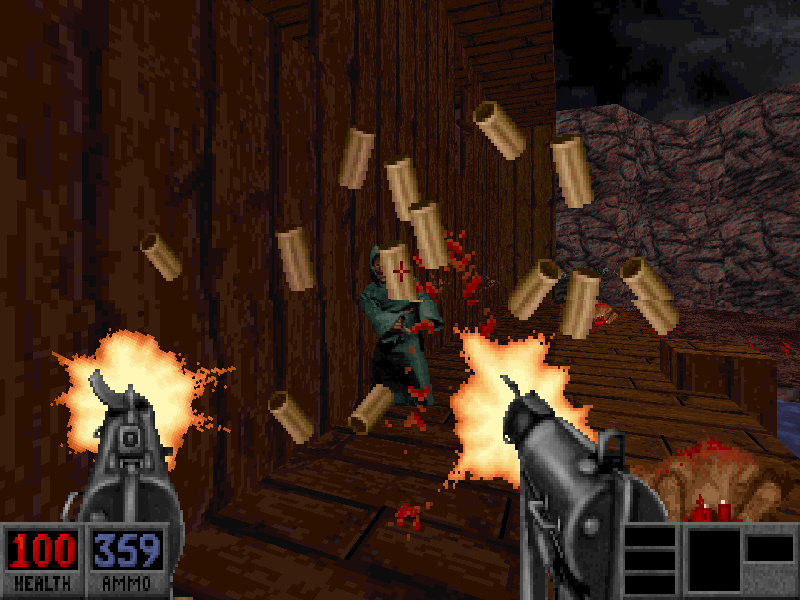 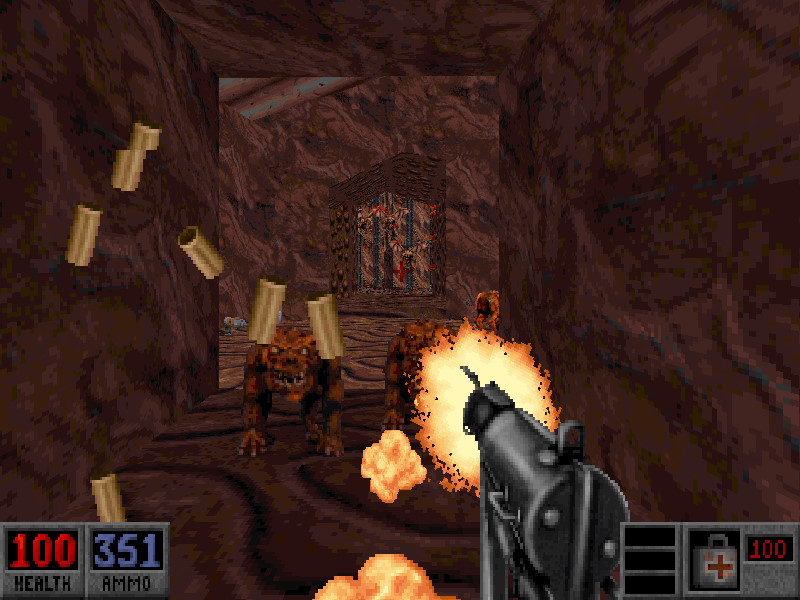 Another Blood Alpha weapon! It behaves just like bundle TNT, but instead of throwing bundle you obviously throw a single stick of TNT. 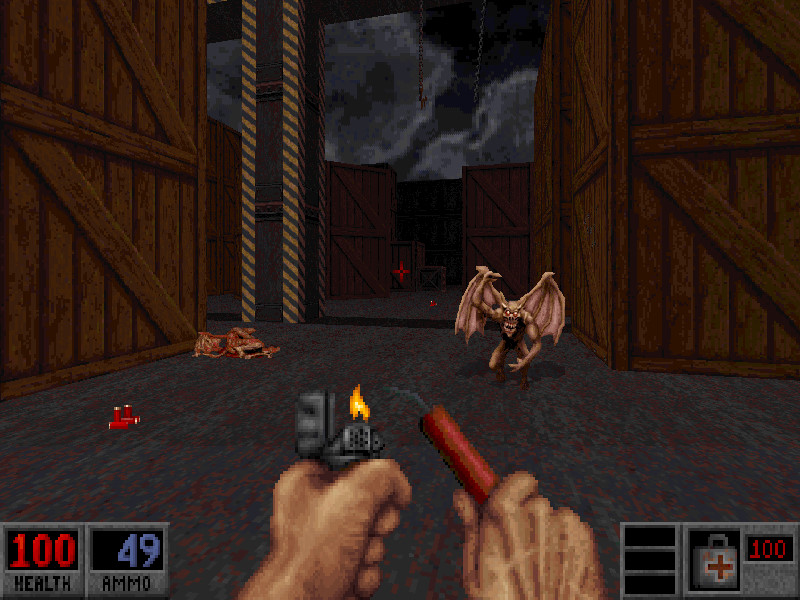 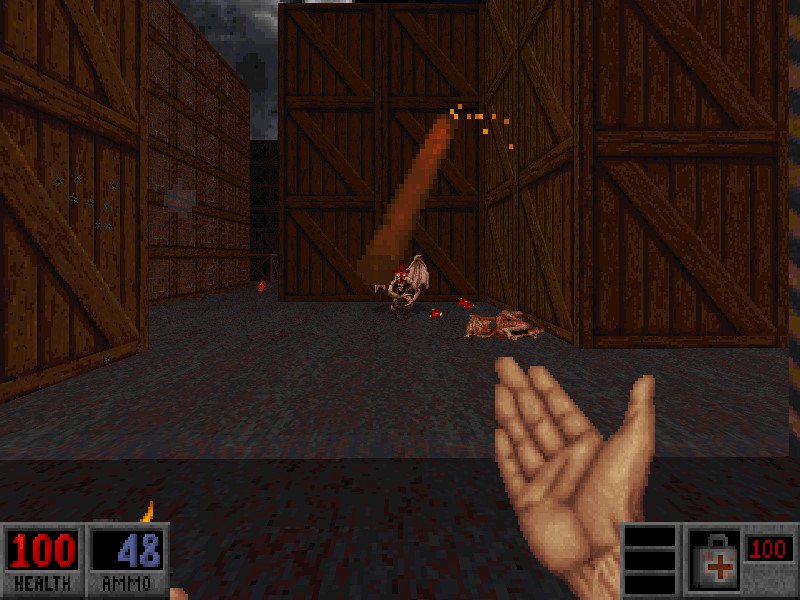 Ever thought Spray Can is useless weapon or its damage is not sadistic enough? Look no further! We have a flamethrower for you! Its working is not really different than Spray Can, but it does more damage and its projectiles travel further. Be warned though, since we buffed flame projectiles, Hellhound's projectiles will be more powerful too. Are you ready for the challenge? 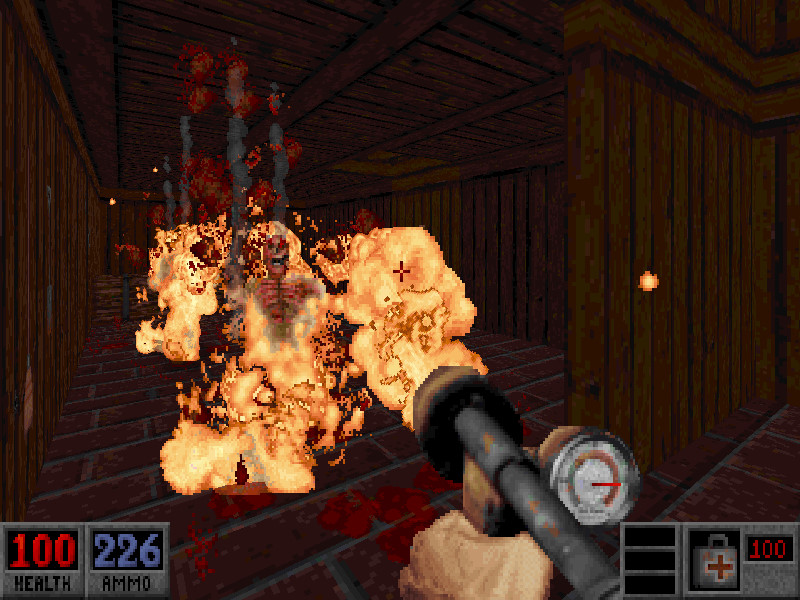 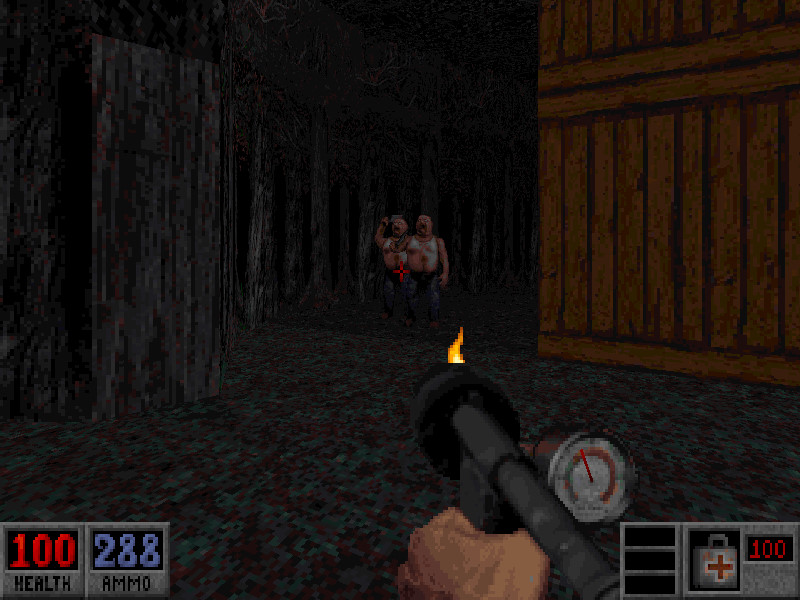 And speaking of the rest of weapons...

As we stated at the beginning of this article, our mod will no longer be compatible with BloodGDX port. "Why" you might ask? It's because we heavily hacked Blood.exe to get extra features like changing damage type, values of damage, velocity, addtional animations, ect. Theoretically GDX could support that too but we prefer to wait for its author to add a proper modding support. Untill then, WM4.0 will remain not compatible. We would like to apologize those who use BloodGDX port.

So when will we release Weapons Mod 4.0?

Currently it's almost complete, it misses some polishment here and there, but it shouldn't take any longer. Expect it very soon!

And something to end this article ;) 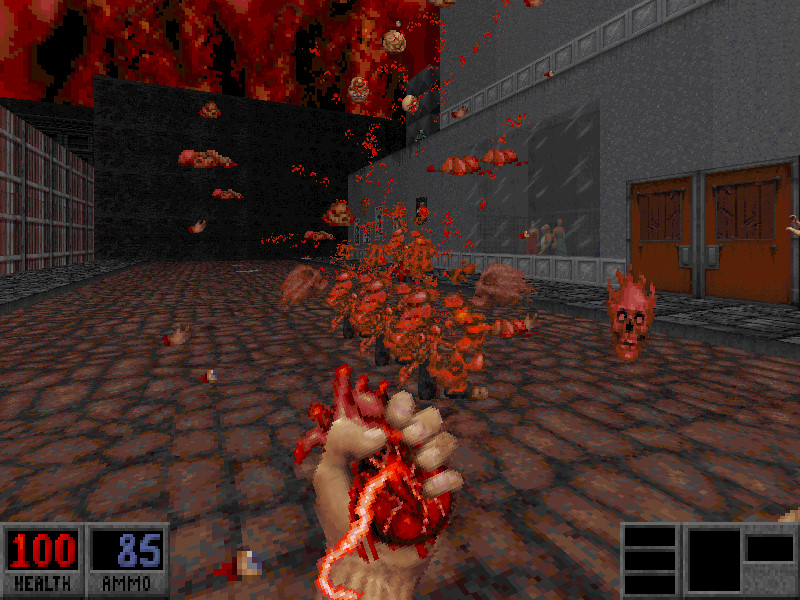 since the source code was released for the build engine, I am sure we will FINALLY get a true Blood sourceport

They finally released it!? :D

MachoMan89
No, you get it wrong. The source code for build engine was released long time ago (it was in 2000), it's good to have it, but we require actual source code for Blood 1.21! Without it, making a sourceport is futile. But since M210 (the creator of BloodGDX port) has managed to reverse engineer almost the whole Blood's code, there's still hope. This is why GDX port is almost 1:1 to DOS Blood. It only misses a proper renderer, sound engine and fixing Room-over-Room feature.

Sadly, the original source code will never be released, Jace Hall tried something to do about it but all his efforts were futile. Warner Bros currently owns Blood IP and they won't budge a finger to do something about it.