In this update we will reveal the project plan for BZSmod and follow up on the outcome from the last dev meeting.

FATHAP and RMI - Welcome to our new animator!

*Failing Again To Hire A Professional and Resource Management Improvisation.

Over the last 16 days we attempted to get in touch with a professional animator in our networks, including a game development network with more than 500 members. Unfortunately we did not find anyone who were interested in paid task and neither did we receive suggestions for animators outside the networks.

Since we want to maintain respect towards the content creators, copyright and ensure that BZSmod has the opportunity to provide the materials in the future, it leaves us with the option of hiring an Animator who will comply with those terms, hire an expensive company to complete the task, or attempt it ourselves.

The initial plans was to get started by the end of the next week, so it leaves very little time to wait for applications and handle them. Also the need for reliability is a concern when we are attempting to meet deadlines.
We chose not to go with this option at the moment, due to a bit of everything above.

Since we don't have the money to burn, a professional company who would have to give up their copyright and all those things, is not an option at the moment.
Fiveer could perhaps be an alternative solution, but then we are looking at the issues from the past paragraph and the addition of payment. My opinion on fivver is that many creators provides a rate that is very low due to competition or just to rank higher. As a professional software engineer, I know those rates are too cheap. And I personally don't want to risk that.

Which left us with a final option that we did prepare for.
Joshua will make an attempt at animating Grimmjow's block and parry animations.
My personal experience with animations, tells me that this will be a worthy challenge.

Congratulations Joshua, I wish you luck! :)

We will know within the month if Joshua has talent for 3d animating or not.
Meanwhile, if you read this and though to yourself, "Me! I can do that with ease and I want to." then write a mail to contact@bzsmod.com and tell us. We will also consider paid offers, so please be precise in your application.
We current have planned 14 animations that we hope to reduce to 12.

Joshua is close to completion with Ichigo's inner world, some of what remains to be done is some proper teleporters that will be more fitting for us. 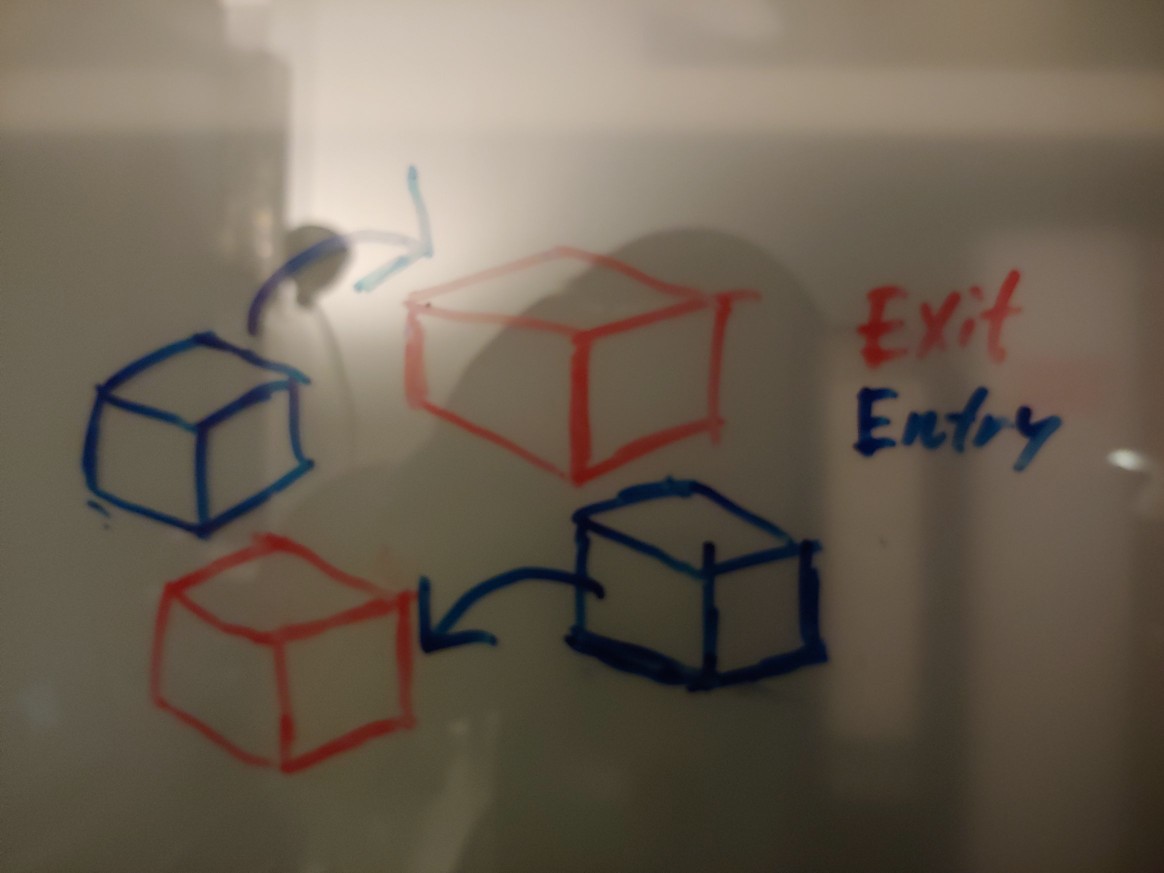 As a result we will create 2 entities that can be added to a brush. A teleport entry and exit.
The entry takes the name of the exit as a parameter, and teleports the player when they touch the brush.
The exit selects a random position within the area of the brush to spawn the player. That way no one can camp the exit point.

Ideally we set out to assume a third resource to handle animations, leaving the initial release date to be around the start of June. We also aimed towards this time, to allow for some extra time (6 months), in case of miscalculations to our estimates.

And after Joshua was assigned to animations, it looks like this:

With an estimated project completion mid July.
But that assumes that Joshua becomes on pair with Robin or Angel within the next month, so unless Joshua has a secret talent for animations, it is wise to assume that it will take some more time.

Those of you with keen eyesight, will probably notice that the second plan became a bit more messy. The reason for that is to avoid having me doing nothing due to dependencies on animations.
So some minor tasks will be taken care off while the animations gets done, and the animations will start with Grimmjow's block and parry animation instead of Ichigo's animations.

The extra time in the project might allow for an additional feature or two, if the code doesn't lack behind.

The scale for the plan we created is cut to the bone, in the sense that we want to make something we can release first, and then provide additional want-to-have second.
Those are things like:

We did battle a bit with grimmjow's cero beam, so we know these things will take time.
Ichigo's secondary attack is not decided yet, but it could be putting on a vasto lorde hollow mask and use cerobeam (for the sake of saving time and not comming up with a "stronger getsuga tenshou"). And to keep the balance, both character needs a secondary attack.

The player lock system will be decided when balancing, maybe it will become a need-to-have.

The dash attack is a bit tricky, but it could come down to essentially being a conditional melee attack, which uses a different animations and other properties. But Half-life bases those things on tracers - just like the crowbar attack is a gun with a very very limited fire range - so the execution probably need to be different.

Project plan: What is up next

Right now the new project plan is focused on the next 4 weeks and ignorantly assumes that Joshua will be a professional animator by then. (We believe in you Joshua, you can do this!)

Currently we hope to have the teleporters ready within a week, and that leaves Joshua with another week to get those in place and evaluate what works best.
If that goes to plan, it might be possible that Joshua has some content to show from his newest map Ichigo's Inner world.

The following 2 weeks will focus on Grimmjow's animations, meanwhile I will attempt to make a vaporizing effect to replace death animations, and fix the dash movement.

Follow us on our discord channel to get the latest news and help us procrastinate ;)

I'm glad to hear about progress.

You should make a discord server about this game. I have a lot of questions too tbh.