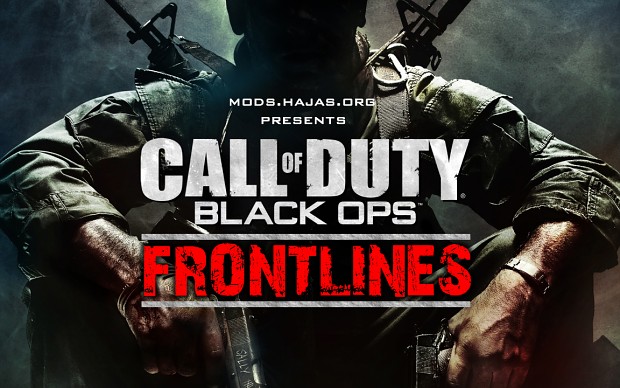 All started with the HER series many years ago, then the Epic Frontlines Mod to Call of Duty 4 Modern Warfare was born with the most complete and vast gameplay options that ANY game or mod reached before. Now everything it's beeing ported to Call of Duty Black Ops to become the new beast in FPS history. Fear your Enemy! Enjoy the War!

If you don't have ANY idea of what Frontlines is, you can take a fast look @ Moddb.com or take a tour in all details of the HUGE mod @ www.mods.hajas.org 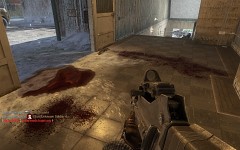 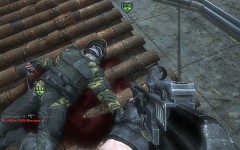 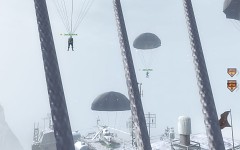 . Frontlines CTF gametype, counts each capture as a match point, not just a round point like the original.
. Chopper Points giving 10 point to each shot hit in enemy Choppers. 250 pts for explosive hits.
. You can hit the Choppers of your own team! Same points as above but NEGATIVE!
. Anyone can be wounded (LastStand) accordly with the place of the shot, weapon, etc...
. You will get some problems when be wounded, like close your eyes for while to avoid unreal reflexes after get shot
. Wounded you can switch weapons, throw grenades, etc...
. Only a MEDIC can heal wounded friends with REVIVE in their heads
. Frontlines HelpMode (bots can play and save, but are too stupid to keep firing into wounded soldiers)
. All Wanger gametypes converted to Frontlines. You can play them in the SAME server/rotation.
. Frontlines Coop Missions (play Cooperative Missions in MP maps! With or Without Help Mode!) Details
. Frontlines Classes (Will give random GOOD weapons to the default classes)
. Frontlines Killstreaks (Will give random or selected Hardpoints to the default classes)
. Medic Class
. M16 is now Full Auto
. Airborne Support to all 26 maps (all DLC inclued!) Details
. Airborne Gametype (MP and COOP) Details
. Airborne Mode to ALL gametypes and Coop Missions Details
. Squad Mode to ALL gametypes

. HARDLINE perk make you now a MEDIC, the killstreek -1 doesn't work anymore.
. HARDLINE PRO perk will heal faster and the killstreaks options will remains as the original
. SECOND CHANCE and SECOND CHANCE PRO perks will give you extra time wounded
. FLAK JACKET perk is now real, you will feel the impact of the explosive and will get time to recover to get up and fight again, but you will survive.
. FLAK JACKET PRO perk will make you recover faster and get less damage against fire, but will not be imune to fire anymore like the original
. fall damage improved to avoid unreal jumps
. LIGHTWEIGHT PRO perk will give you less damage in fall damage, but not will make you imune anymore
. HACKER perk will plant/disarm bombs 2x faster than other players
. HACKER PRO perk still can revert/disarm explosives
. GHOST PRO perk can be detected by infrared and sentries. 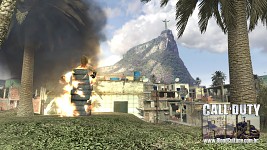 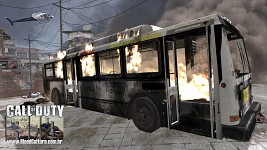 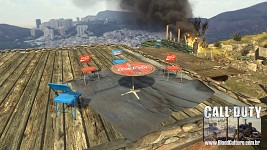 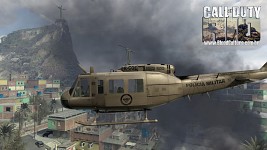 Is there a way just to get the bot updates? Thanks

I don't think so

can I get modes

The mod comes with everything enabled by default, will load random on each map. If you want to force for exemple play all the time COOP Mode, just change the config files as written in the docs of the mod.

Hi for some reason i cant get this mod to create my own server. Sometimes, it says that i dont have the map, which is one of the default maps and most of the time it hangs on synchronizing game settings. Can somebody assist me? I want to setup my own private server where i can play against bots.....

The mod comes ready to play as a Client, make sure you have ALL files in the right places. To start a game alone you will need ALL the files (download here) while to play online you can play just with the auto-downloaded files. If you still have problems, please post details in my forum and I will help you. Cheers

Is it possible to play this mod without hardcore settings? Tried to disable but nothing seemed to work.

Are you gonna do the next versions ? I know it's so long from when this mod came out, but you wanted to do the version 8.0 with final bots. I can't play with these on your server, because they are somehow broken and spam scorestreaks... + The waiting times are reallyyy long (3mins)

broken? our server is online since the release of the game with several players from all around the world. we use all maps from dlcs, if one is loaded and you don't have you will be disconnected sadly.