Discover the zombie-apocalyptic nightmare in this mystery adventure game!

Biohazardous is a third person mystery adventure MOD - based on the Source Engine.
I'm not only trying to recreate the original atmosphere encountered in classical survival-horror games alá Resident Evil. What I also want is to give this genre a new charme along with some pretty newer gameplay ideas combined with a mysterious, puzzle-filled story line.

And yes, there are zombies out there! 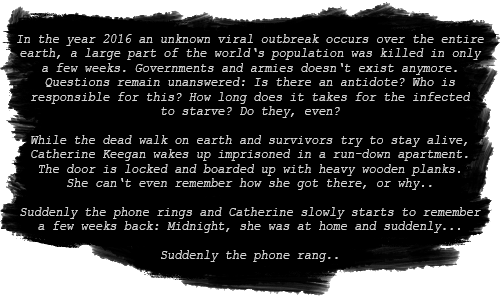 Biohazardous will be an episodic adventure and starts off with the prologue. Within the prologue you'll learn the basic mechanics of Biohazardous along with the task to break out of the apartment where Catherine is trapped. But to escape you'll need to regain her memories on how she got there.

Along with a new genre on HL² mods, new features are needed to ship in.
The prologue will come up with:

Q: Is this a Resident Evil remake?
A: No, it's just an individual game with own ideas and ways.

Q: Release date?
A: Nothing to say here, first I want the basic mechanics running as smooth as they should. Let's just say: I want the 'sub-engine' for this type of genre completed first! 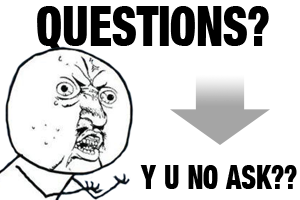 If you have questions about everything related to Biohazardous,
feel free to ask me via private message or as a comment.

Alternatively, send me an e-mail!
biohazardous.mod [at] gmail.com

Even if there is not really new to show you within pictures or videos, there are some words to say.
First off, Biohazardous is going to use the SourceSDK 2013. I've ported the mod to this newer branch which is necessary to ensure all mod tools are working as they should.
This DOESN'T mean Biohazardous will feature the VR-Mode. Including static camera angles, there's no avail with the Oculus Rift.

Second (and more interesting I think), the very 1st Alpha Version.
I have set myself an internal deadline and established a roadmap to improve the development of a first playable alpha build.

A few things which will be available at the first alpha:

Features which WON'T be included in this alpha:


Well, it's a lot of work to get the basic framework as smooth as it should be. That's the reason why most of the features won't be included in this very first alpha version. But it's fun as hell!


Oh yeah, almost forgot it.
YES, there will be a ruthless pharma organisation!

Hey Moddb! At this time, I want to show you the basic Aiming-System! Read on...

A quick and basic demonstration

Already have to show something for you! Worked and tweaked on the thirdperson code and set up the fixed camera.

When's the next news post? Assuming the mod hasn't kicked the bucket, that is.

This reminds me of L4D, the atmosphere and all that..which is good, keep it up

Zombies, zombies, zombies ok here's a question! Will your zombies be the slow, shambler kind or the fast,usain bolt kind? Also, will they eat brains?

What's wrong with zombies? (Everybody loves them! ;-) )
You'll find those slow, shambling types of infected in game, but who knows what else? I can't say much about that yet. I want to get done a playable build first.

I know, but shambling zombies will always be more atmospheric and creepier. AArgh I won't bother you no more, you do your thing, I'm sure it'll be great. God speed! :D

Also, I think fast ones can be very difficult to handle with static cam angles and all that stuff. It's just a slow-paced gameplay style.

But I haven't thought about enemies and their gameplay design yet.

And no, you don't bother me.