Your days as a Shadowrunner have come to an end. You have made it to retirement which few Runners ever do. You finally have the Uptown high class apartment you always dreamed of as well as a matching bank account. YET today of all days everything you have is taken away from you by an unknown hacker without any provocation. Mr. Kool he calls himself. He took from you and soon he won't be calling himself anything. It's time to get back in the game and take down this Mr. Kool! Here's to BETTER DAYZ! Recommendations: Invest Karma in pistols and rifles!
WARNING!!! THIS IS A COMPLETE UGC CAMPAIGN! This is NOT a partially made UGC or a UGC proposal or an exploratory committee testing the water to see what type off UGC should be made! If you want that other stuff then keep on looking!
WARNING!!! THIS UGC IS NOT FOR THE COMICALLY IMPAIRED! IF YOU ARE LACKING A HUMOROUS BONE, ARE NOT PRONE TO HAVING A LAUGH OR ARE EASILY OFFENDED THEN STEP AWAY FROM THIS UGC... NOW!

WARNING!!! THIS UGC IS NOT FOR CHILDREN! Not because of the insane amount of violence that is found in Shadowrun Returns or that there is adult humor in this UCG because really there isn't much and none of it is above a Teen rating. YOU WILL FIND THIS BORING BECAUSE THE JOKES ARE REFERENCES TO POP CULTURE BEFORE YOUR TIME!

WARNING!!! This UGC is STORY based. If you really want to shoot things all the time I recommend a first person shooter or some serious psychiatric help!

This UGC can be found shackled on Steam or unleashed on Nexus, MODDB and at the Shadowrun Editor Community Contest as a Short Story (2 hours or Less) entry: Shadowrun.thegameagency.com

If you are still reading this here is a bonus code: SRR2054 which will get you an exclusive private SRR UGC in the far future. Far meaning not any time soon. This UGC will now self destruct in four seconds...three...two...

Shadowrun's cyberpunk-meets-fantasy world has been fondly received on PC, tabletop, and classic consoles for many years, but now, the modern trilogy is going to console - allowing Playstation, Xbox, and Switch players to take part in the world themselves. The games have received their own nuggets of great UGC since release, so here's five mods PC players looking for a reason to celebrate too can get invested in!

Brothers to the End 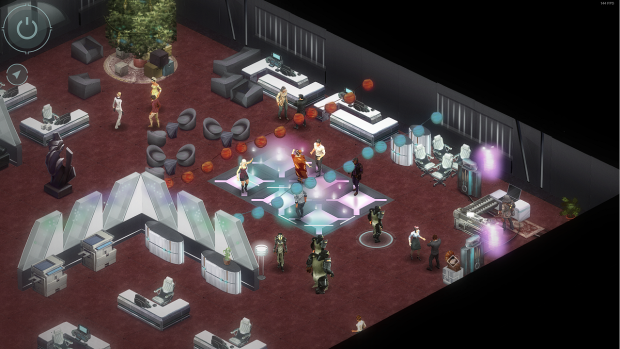 Brothers to the end is a prequel to the Sega Genesis version of Shadowrun, as well as a sequel to the SNES Shadowrun. It's an attempt to bridge the two games together, as well as tell a unique Shadowrun story. The game is a love letter to those games and those fond memories had as a GM on Friday nights with friends. Search everywhere, you never know what you'll find or who you'll run into. There is also no manual upgrading, instead the characters level up and gain new skills as they go. 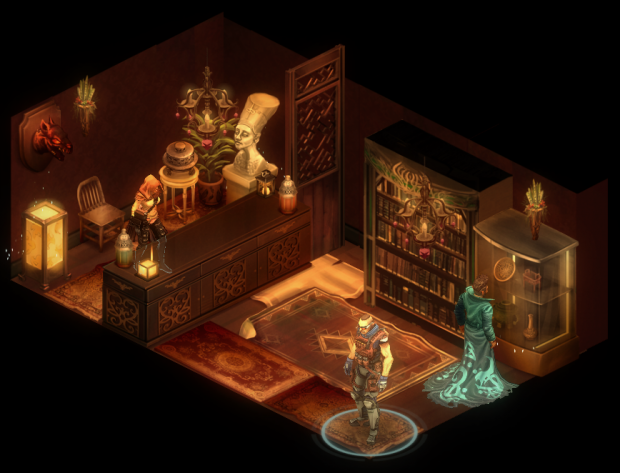 Kairo, year 2056. Your ex-fixer ditched your team, and your lives have been hell ever since. A mysterious offer arrives that could pull you from the depths of all your struggles. But in all your years of experience as a Shadow Runner, you have never seen such an unconventional job! Drop in the middle of a thrilling and mysterious adventure, set in Kairo - Egypt, 2056, where Magic meets Technology. 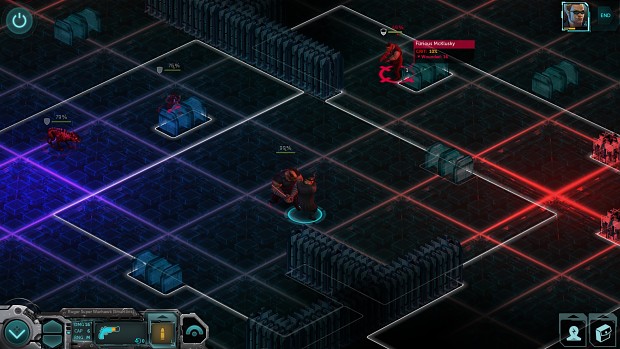 In this mod, your character (either newly generated or imported) can receive the specific amount of Karma and Nuyen you desire, access your stash, eliminate any excess Karma/Nuyen if you wish, and shop at a variety of merchants for gear. Then you can enter the Arena, where numerous combat testing options are available. The vendors are very well-stocked with all levels of equipment, including all of the available guns modded with either smartlinks or silencers. They also carry a larger supply of grenades, medkits, and bound spirit fetishes than the normal merchants in game do. Combat drugs are for sale as well in large quantities. There is also a vendor who sells all of the weapons, cyberware, and outfits from the latest version of Tracker's Street Samurai Catalog pack. 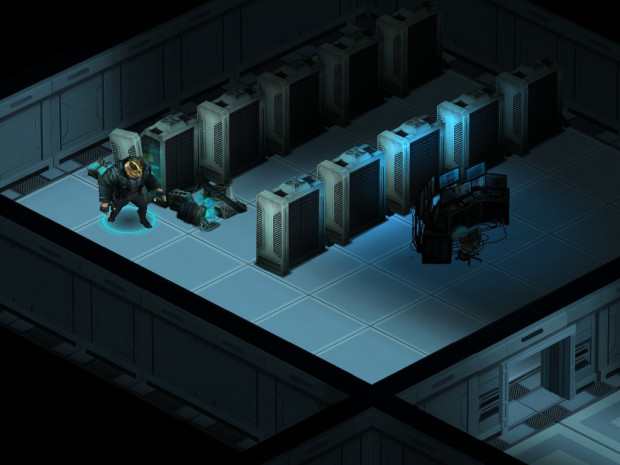 A quick mission from a corp offers you a large sum for what they are calling "a simple job". Clearly it can't be that simple, right? Features lots of extended dialogue for new characters, combat that tests you on the base game's mechanics, music from the game chosen selectively, new NPCs, a revised shop, missions with different outcomes, different areas, loot, flavour text and more! 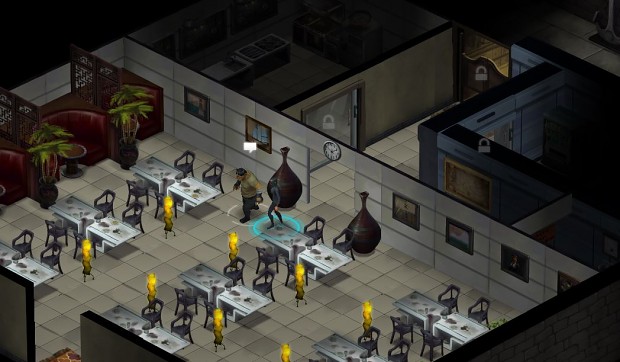 Your days as a Shadowrunner have come to an end. You have made it to retirement which few Runners ever do. You finally have the Uptown high class apartment you always dreamed of as well as a matching bank account. YET today of all days everything you have is taken away from you by an unknown hacker without any provocation. Mr. Kool he calls himself. He took from you and soon he won't be calling himself anything. It's time to get back in the game and take down this Mr. Kool! Here's to BETTER DAYZ! Recommendations: Invest Karma in pistols and rifles!

Shadowrun is a franchise originating from tabletop RPGs a-la Dungeons and Dragons. Melding fantasy and cyberpunk together with high-tech societies and magic gone wrong, it has since been adapted in numerous formats and made into a few games on older consoles. The reboot, Shadowrun Returns, was one of the top-funded Kickstarter games ever, and began a trilogy of well-received titles published by Paradox Interactive. Originally releasing on PC, the games have now been ported to consoles to give more players a chance to engage with the games. 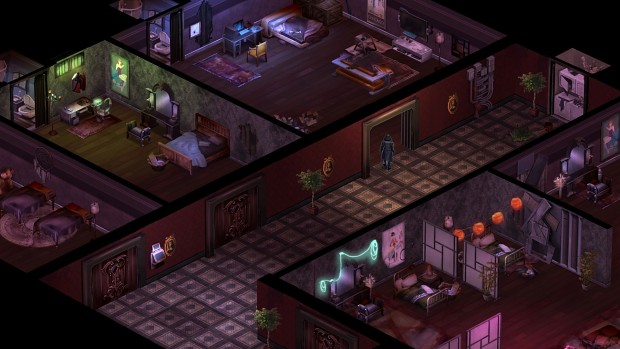 The games are newly available on Nintendo Switch, Xbox One, Xbox Series X|S, PlayStation 4, and PlayStation 5 as trilogy collections, nabbing you all three in one go. With a healthy UGC scene, console players will be missing out if a way to pursue UGC within the Shadowrun titles on console is not implemented.

Check out the Shadowrun games (and more) by Harebrained Schemes here!

Your days as a Shadowrunner have come to an end. You have made it to retirement which few Runners ever do. You finally have the Uptown high class apartment...

This is in case anyone is wondering what folder to place the zip file in since I didn't really specify it before.

Here is the wiki link for a more detailed file location: Shadowrun-returns.wikispaces.com

Hey man
It won't start up, I launch the C. and it starts loading, Then I get stuck with black screen, music, and the mouse pointer.
I copied the content pack into the Contentpack Dir. just like the other mods. Is there something else I need to do?

Wow this is the first time I have heard that the UGC had a technical problem. I tested the living heck out of it with both SRR clients Steam shackled and DRM-Free. There isn't too much programming involved when I made this one and nothing that would affect game play of core files. I have heard the blank screen with sound happening in other UGCs.

The most common issues for UGC's having the black screen but you can hear music are due to running other UGC's that have rewritten critical files which this one does not. Besides the mapping there are only portraits, loading screen photos and a text epilogue file. I have seen the UGCs that affect game core files will make other UGCs unplayable.

Also conflict of different versions of SRR client. The UGC was uploaded a few hours after 1.2.0 went live making it a 1.2.0 version UGC. I just tested it recently with 1.2.5 which runs. Recommended play 1.2.0 version and after since the client went through some major changes.

For both issues I'd recommend a fresh install of the latest client without adding any modifications that affect the core files.