Hello fans and followers. It has been a long time since the last update. I have been quite busy with the jobs but know that in the meantime i also worked a lot on the new version of the mod. So, on today;s update, i wont present you Angmar, since it is still in works (90% finished), but rather a new build up system on which i worked for the past 6 months.

First "Battle for Middle-Earth" had a unique buld system which didnt allow any player to expand on an entire map and thus prolonging the game. While in "Battle for Middle-Earth II" you had unlimited buildings and place to build. The new system had its good sides, but it had quite bad sides also.That was the case in BOTTA mod also, but now, that is changed.Every single building is limited to a certain number, preventing the unlimited expanding and structure spamming, which is ridiculous.

On addition, all of the structures can be build in a radius around the Fortress, all exept Economy Structures.The radius is marked with a camp floor, each different for every faction: 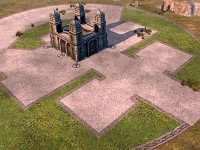 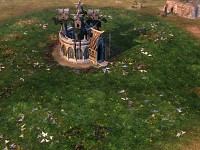 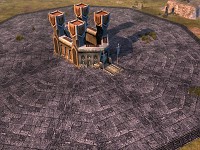 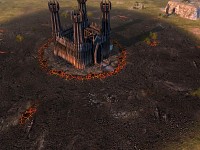 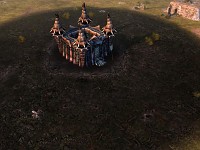 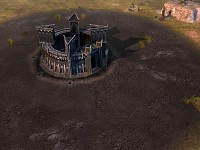 The Camp Floors are the feature i wanted to import a long ago, and this was the perfect oportunity to do that. They are also a tribute to "Battle For Middle-Earth", along with this new build up system.

This system also resembles the expansion system from first BFME, but with some differences. Each faction will be able to expand with a help of expansion outposts. Each of the expansion point is limited to a certain number for each faction 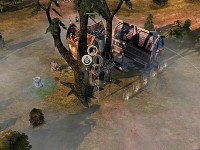 Dwarves
Dwarves can expand by summoning a Citadel on a map. Citadel has a radius for buildings but doesnt have any supporting ability except 3 expansion plots aroun it. It is also connected to a tunnel network. Citadel is only limited to one. 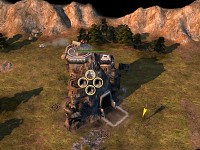 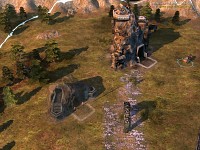 Gondor
Gondor cannot actualy expand, but rather restrict other factions to expand, with a help of a Ranger Camp. Ranger Camp is summoned by Faramir when he reaches Level 10. You can recruit Madril and Ithilien Rangers to hunt any enemy who tries to approach your main camp. Ranger Camp also has two garrison slots for protection, can upgrade "Gondor Supplies" to heal garrisoned units and to increase the resource production. Units around the camp are stealthed which helps you hide from the pursuing enemy. Ranger Camps are limited to 3. 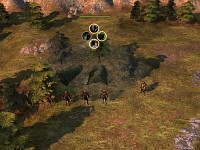 Mordor
Mordor expands by building Red Eye Oputpost around which you can build structures. Structures around it produce units by 20% faster which is perfect for spamming, but this affect only Mordor buildings. Red Eye Outpost are limited to 3. 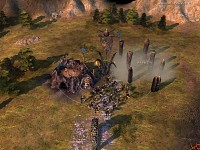 Isengard
Build up system for Isengard didnt change a lot. You are still able to build Lumber Mills to summon build plots. Only change is that you can now build Wildman tent anywhere, but they are limited to 3 only.

Thats it for now, i hope you share my vision of the game and i do hope you will enjoy playing.

This is cool, keep it up bro :D

plz i need help to install it

I have followed all the instructions but when I launch the mod it just launches the original version. Please help, how do I fix this?

Can the Misty Mountains not even prevent others factions from expanding like Gondor?