Hello guys, it's been a long time since i posted some news, but finally i found some spare time to share with you some rework of my favourite faction.

Again, hello guys, it's been a long time since i posted some news, but finally i found some spare time to share with you some rework of my favourite faction.

Mordor is basically known as a weak early game faction, which grows in strength in the mid game and shows it true power and dominance in late game. Due to its weak but numerous orc units, which are the base of Mordors army, Mordor would require some stronger units from its other regions and strongholds to complete and strengthen its ranks. 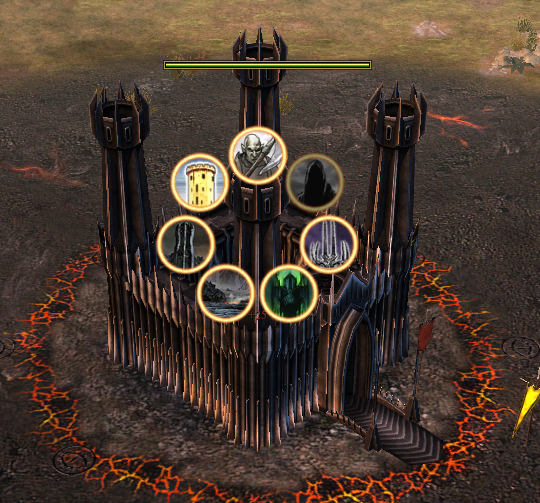 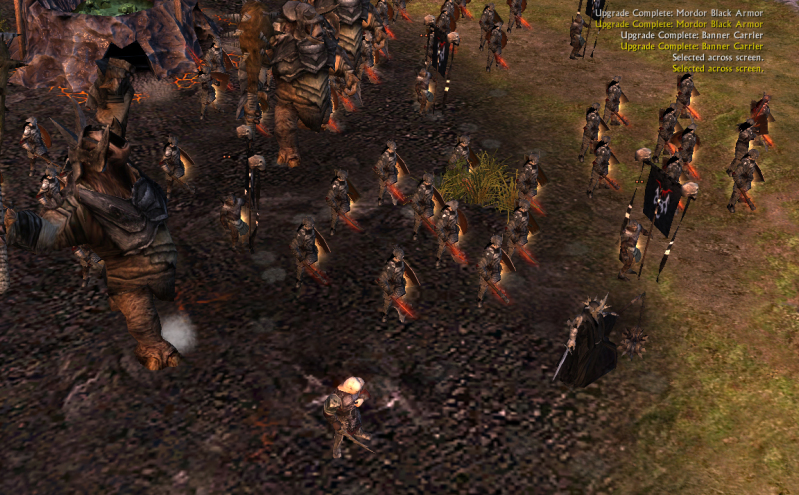 2. Gorgoroth - allows you to train Black Orcs of Morannon, they are especially trained as shock troops and can knockback enemy units because of their great physical strength. Gorgoroth is also the place where the great forges of Mordor are, where Orc Smiths relentlessly forged weapons and machines of war, so after this upgrade, the Heavy Armor and Forged Blades have a -15% cost discount 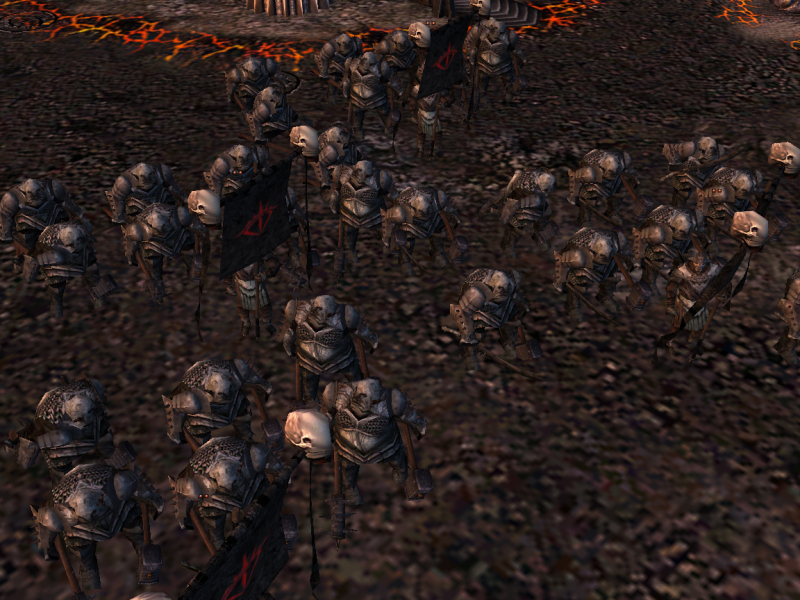 3. Cirith Ungol - allows you to train Black Uruks of Mordor, the most elite members of Sauron's army. They have the most health and durability of all Mordor units, but are limited to 5 battalions. Cirith Ungol also gives 50% Vision bonus to your Fortress and Battle Towers, and also allows the "Gate Watchers" expansion 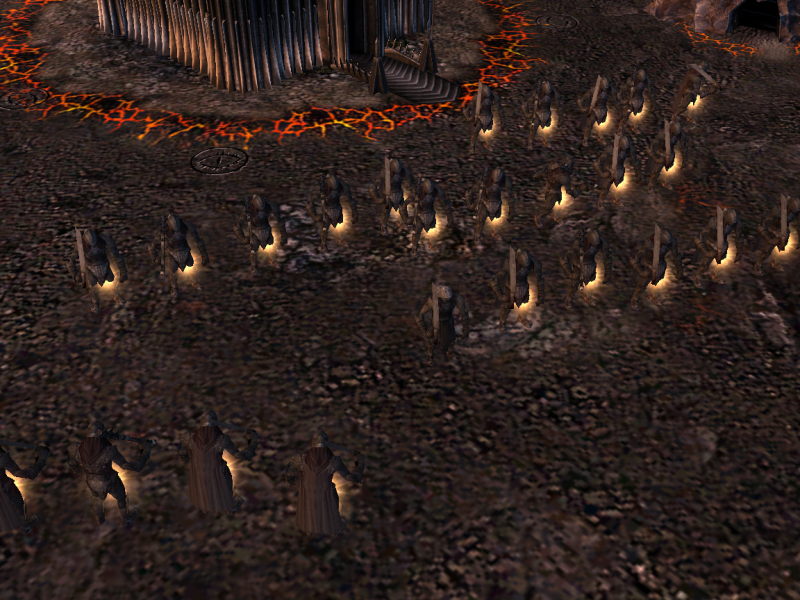 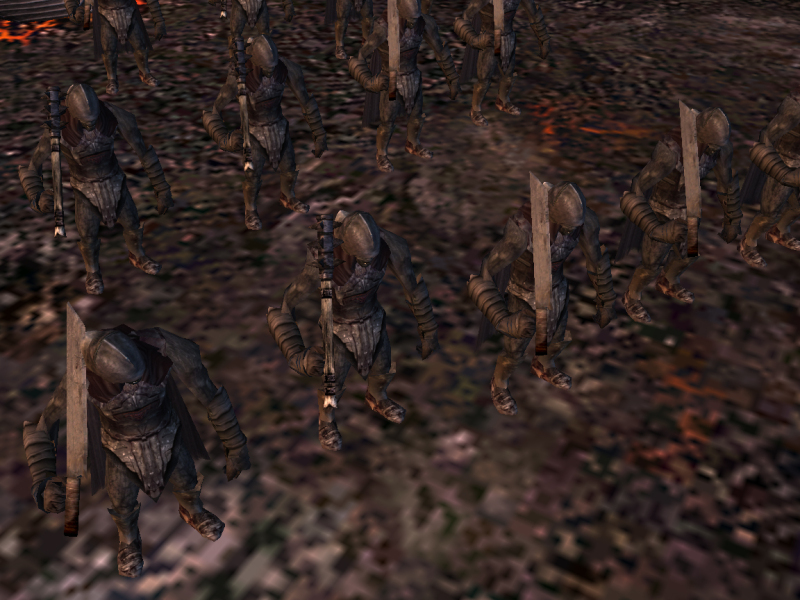 Mordor was always allied with the Evil Men from the East and South, and while you can summon the Easerlings from the SpellBook only temporarily, the Southrons can be summoned permanently, by capturing Signal Fire and upgrading "Harad Allegiance" from the Fortress. You can then summon 4 battalions of Harad Archers, 4 battalion of Southron Spearmen, 4 battalions of Haradrim Raiders or 2 Mumakil, by random. It also summons a new Mordor hero, Suladan the Serpent lord, the King and leaders of Haradrim. 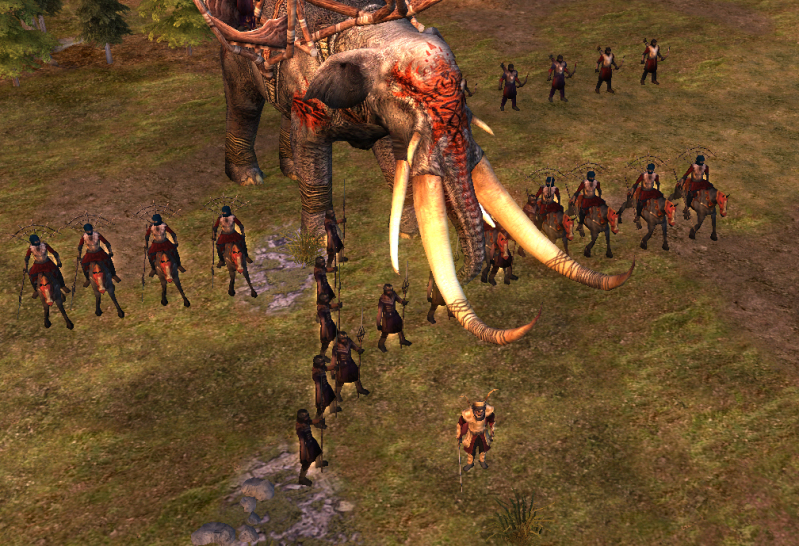 Mordor Heroes and Units also gained a big graphic overhaul, inspired of course by Lord of the Rings and The Hobbit movies: 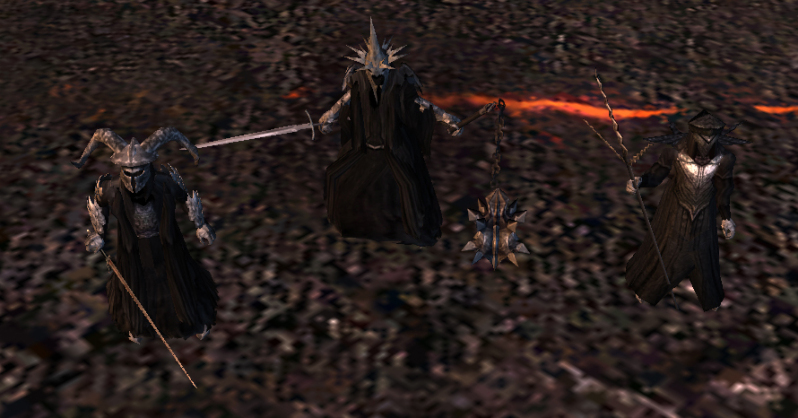 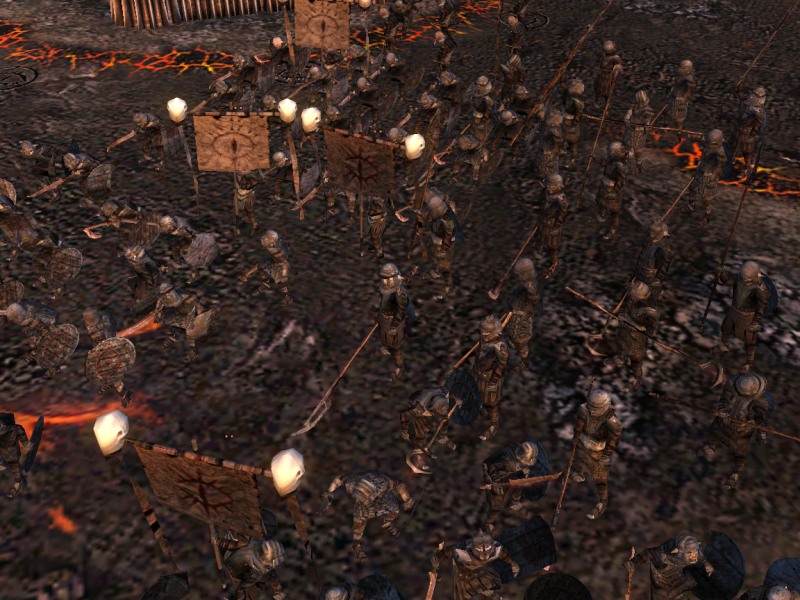 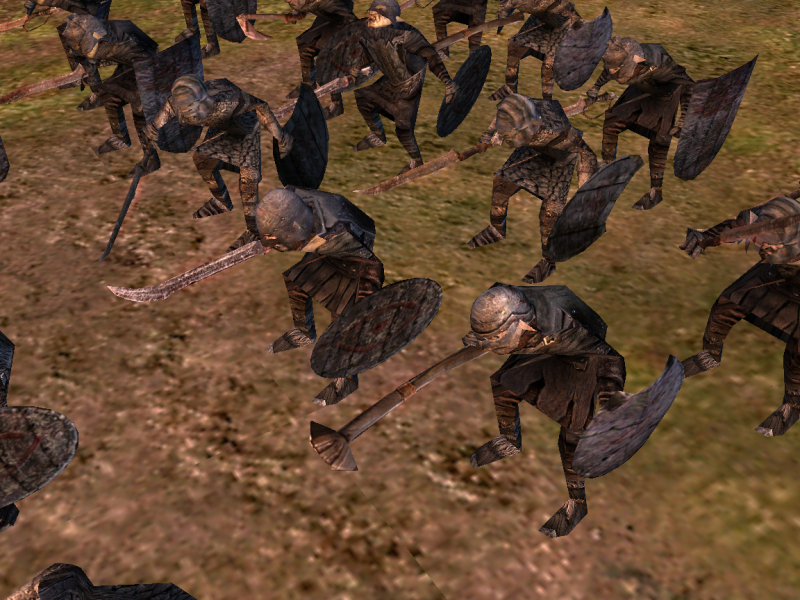 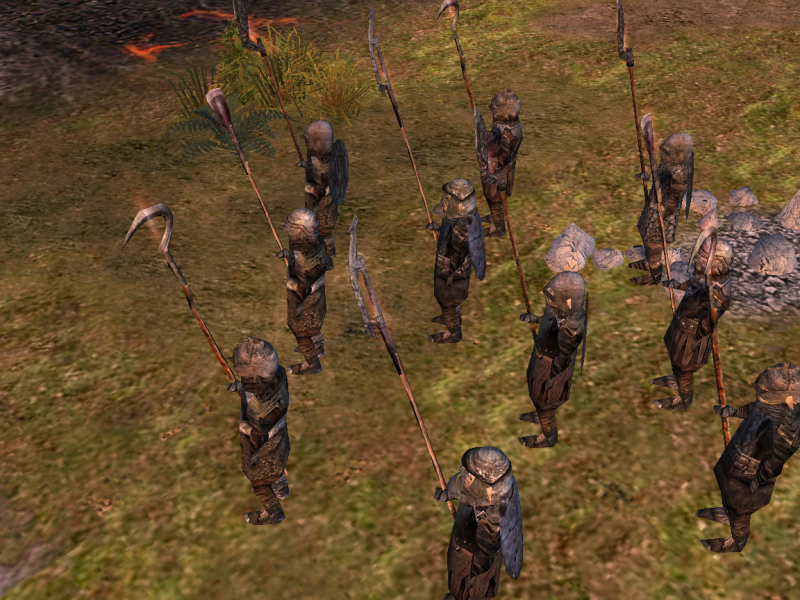 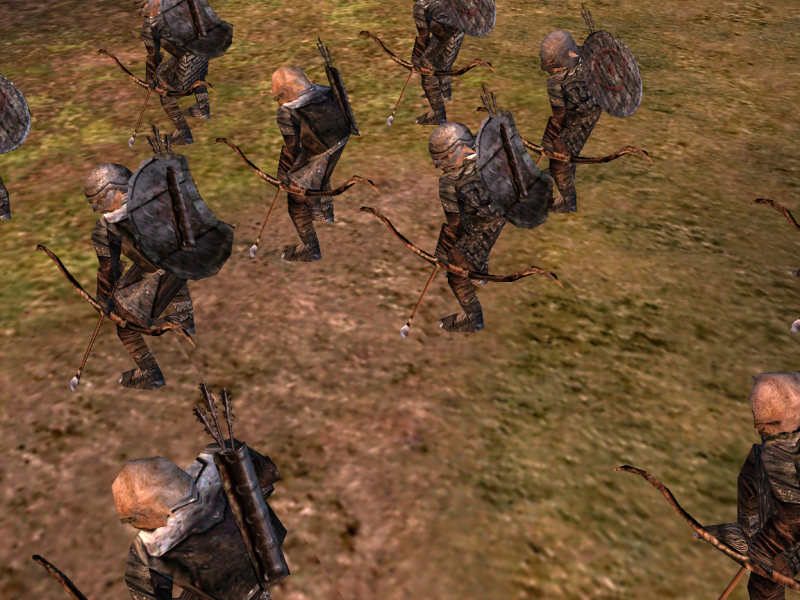 Thats all for now, next time i will update one good faction which is almost finished 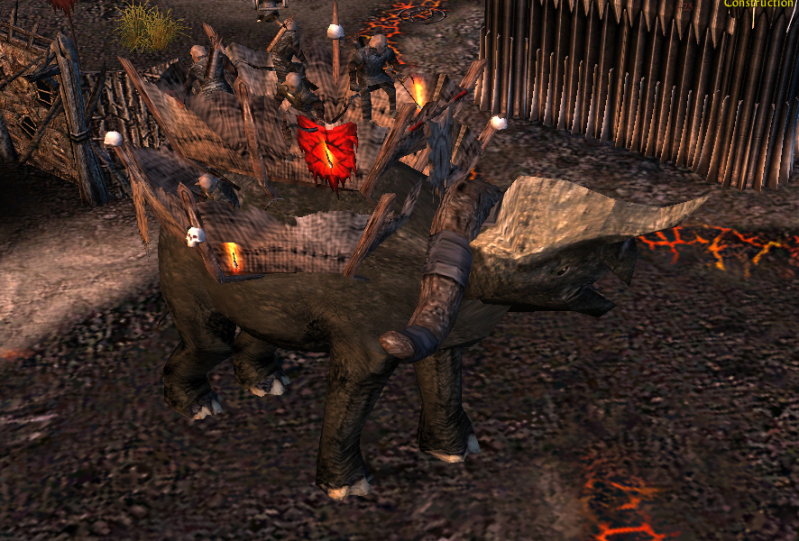 You can never have enough of Mordor^^
Love the update mate :)
I'm still quite intrigued by this Gorgoroth beast XD

morgulord is bringing all concepts of lotr and hobbits and their extented editions, he is answering to all of his fans like bringing all dwarfs, dolguldur etc. concepts^^;unlike edain, edain doesn't bring or doesn't try to happy both side of their fans.

Morgulord banzai^^, morgulord is our saver at lotr and hobbit modding for sure^^. Continue to your good work Morgulord.

Soon or later, botta > edain^^. I am waiting the Botta's new patch

My god im late but i was perusing, you are such a dumb guy. Edain and Botta are great mods they both litsen to their fans so shut the hell up!

Looks great :D, Have never liked those fat orcs tho

your right, your just prejudice

They are soft inside...

They are gooey on the inside, Extremely fat and odd on the out :D

and you can eat them raw!!!

I hope you have the courage to continue your work. We are here for you.

all vote for BOTTA^^

all vote for this mod too please^^

Hi, i would like to have some help please..
I installed this mod, and here is the thing, dont know if successfuly, because i got really a lot bugs appearing..
The bugs are: Can't purchase any troops improvement (i can buy it in building, but than it doesn't unlock on the troops)
Than as Elves, i can't revive my heroes
Also have pink texture on the Whole Thorin and parts of Warg Riders as Isengard..
As angmar, something needs "stonework" .. didnt find any way to get it..
Also the game crashes after cca 20-30 min of playing.. These bugs are what i have now.. the thing that i really am sad about is that i can't buy any "heavy armor" or "forged blade" for the troops.. Don't know why..
Please, help :)

Oh and also some heroes and troops are invisible.. :/

Aaaand also, in the installation, there is said that you must delete the "ini" file, but when i do that, i have no longer the mod.. well.. i have the opening screen BOTTA, and also Misty Mountains name for faction, but when i play it, i have regular goblins, just with BOTTA icons, that is all.. dont know what did i do wrong

I am experiencing the exact same problems described here too. I am running the game on win7 (not sure if these bugs are OS related).

are there all the nine ringwraiths with their armour from hobbit?