It’s been more than two years now since our last release of BattleGroup42, which was Release Candidate 3 of our final version of the mod. Ever since then, a lot has happened. Much of the content from RC3 was reworked and improved, many bugs were reported and fixed, and the overall quality and stability of the mod was improved. The new release candidate was delayed over and over again for several reasons, but now it’s finally here.

The new release of BattleGroup42 not only fixes many bugs that have been reported since 2016, the year of our last release, but also features some completely new content like a new map, several new vehicles and some overhauls of older content. In addition, some of the old “vanilla” static objects (buildings) and textures have been reworked and improved, to better match the quality of the mod. We won’t be able to improve everything though, it would simply make the mod way too big and there’s some engine limitations we have to consider. But now for a few pictures of the new content!

The new map: Raid on Drvar – made by Sarge Surfat 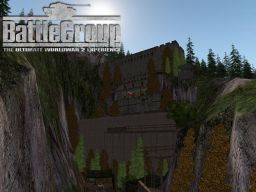 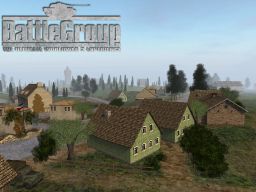 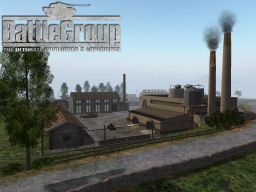 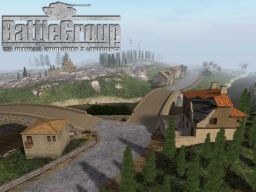 Raid on Drvar is a map about the final attempt of the Germans, Operation Rösselsprung, to capture or kill Marshall Tito, the leader of the Yugoslav Partisans. Sarge Surfat took great care in creating an interesting and challenging map, including a very detailed base in the mountains representing Tito’s hideout and headquarters. The map is still work in progress, but is already fully playable and also offers Coop gameplay. The final version of the map will include map specific textures for the Partisans, and there may be some changes to the map layout and design, if need be.

Entirely new vehicles, never seen before in the mod 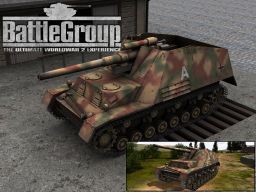 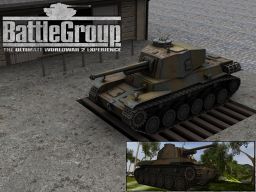 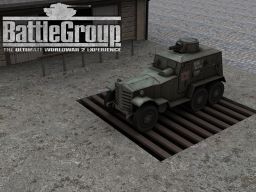 Some ingame information about those vehicles: 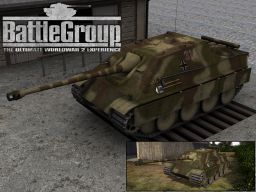 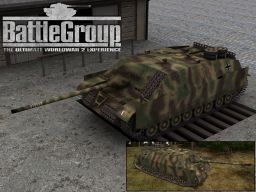 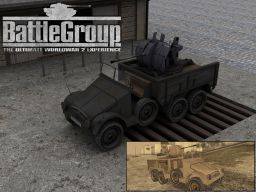 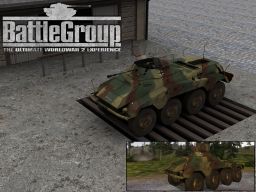 Those vehicles were already present in the mod for a long time, but lacked quality. For RC 4, we decided to rework them as well as we could, giving them better unwraps for texturing, added more details or even replaced the models. Here’s some further info:

There are a lot more reworked vehicles, stationary guns and buildings in this release, so make sure to look out for them while playing!

Additional changes and fixes in this release

The list of bug fixes and code tweaks is rather long, so we’ll concentrate on the most important ones:

Just like any other game, or mod in our case, a project as huge and complex as this is bound to have some bugs, that we didn’t find during development. You, our dear fans of BattleGroup42, and the remaining members of our team, have done a great job in testing our mod over the past few years and reporting every bug that you could find. With this new build, all of the reported (major) bugs have been fixed, but there’s definitely more to be found. With the release of RC 4, the bug reporting section for RC 3 will be permanently closed, and all of your findings can be posted in the proper RC 4 section. As always, please make sure to post as many details as possible regarding the bug, like name of the map, game mode (Coop, Conquest etc.)

A word on suggestions and requests for more content

With the release of RC 4, we will no longer accept any kind of suggestions or requests for new content. Why? Because we simply can’t handle adding any more stuff like entire armies, specific scenarios and the like. For things like that, we’d need the proper voice commands, specific weapons, vehicles and equipment, and we’re simply unable to create that without several more team members, especially skilled and experienced graphics and 3D artists. Upgrades and improvements for existing content are still possible, and we’ll do our best to improve the mod’s quality even more for the final release.

For further instructions on how to download and install the mod correctly, please check the information in the Downloads area, and read the information given by the mod installer.

We’re looking forward to your feedback, and wish you lots of fun playing our mod :)

Go figure, finally managed to download overnight from the home page and now here it is as well :)

I Wish to play BF2 Vanilla or good modded version but in VR, I dont expected ARMA but COD/BF gun-arcade

Please, please return the machine guns to the turrets of the tanks. Fighting airplanes is very hard.

German Flak track has a wandering zero in Faid Pass. Latest Version. Point of Impact of rounds shifted up.

i remember now why i went back to rc2, rc4 is impossible to tweak using winrfa

perhaps you should put projectiles back to the weapons.con of vehicles