The Battlegroup42 team is back with news, which will most likely make a lot of our players very happy, especially those who love to play as tank drivers. In contrast to the last news, which covered only planes, we concentrate on the steel giants on the ground this time. To be more precise, only of them. You'll know why this is enough stuff for an entire news, if you'll continue reading.

For quite some time now, there has been an imbalance in our mod development: While the Axis forces got new and better tank models and military vehicles, there were hardly any improvements for the American arsenal. Especially our Sherman tanks were many years old, so a major refreshment was badly needed. Thus our modeler SimLac and his associate and texture artist Soloriens, both members of the Hungarian FPS Club, began working on replacements many months ago. The very extraordinary and complex work which both of them delivered now, more than justifies our decision of delaying the release of the final Battlegroup42 version for that long. Their work was actually the reason for the delay.

SimLac and Soloriens created no less than 16 different Sherman variants, most of them with alternative textures. All of them are of great detail and texture quality second to none in the area of Bf1942 mods, and they hardly need to fear comparison to modern games. The models are replacing every Sherman tank currently used in BG42, with the exception of the currently added M4A2 from Waxbutter. The range goes from the early M4A1 of 1943 over to the M4A3 series, and up to the last and best Shermans, like the M4A3E8 "Easy Eight" or the M4A3E2 "Jumbo". There are also special versions like the M4A3 with 105mm howitzer, the "Calliope" rocketlauncher or the British "Firefly". But let the pictures speak for themselves, we're quite sure that they'll fascinate you as much as us. 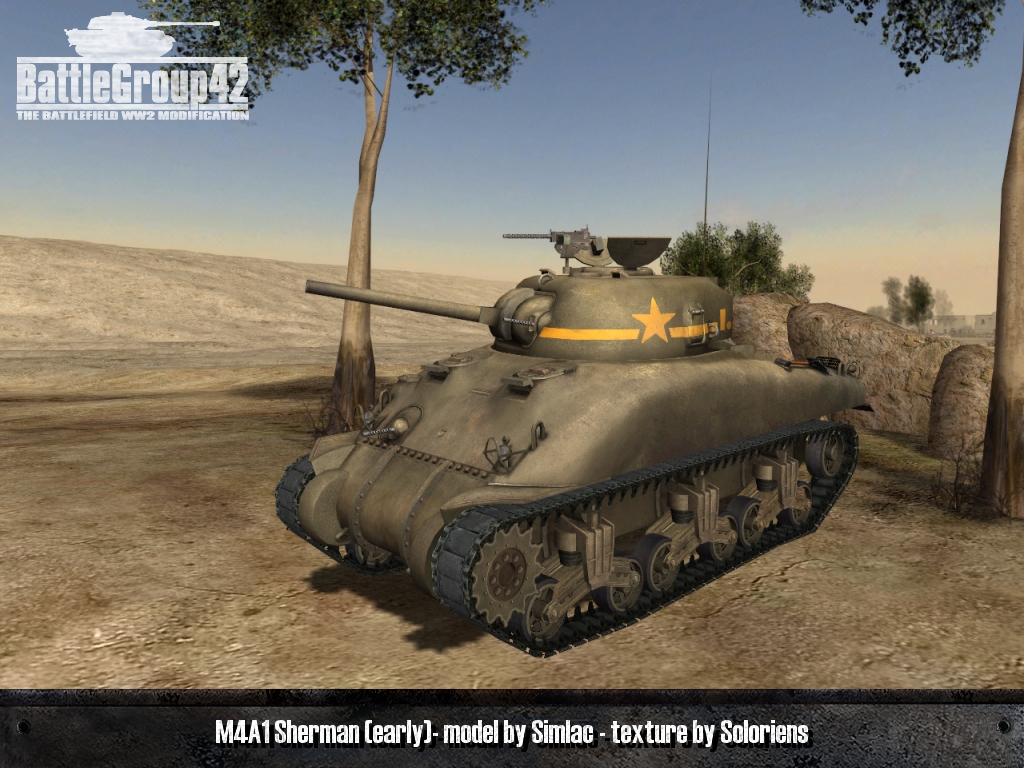 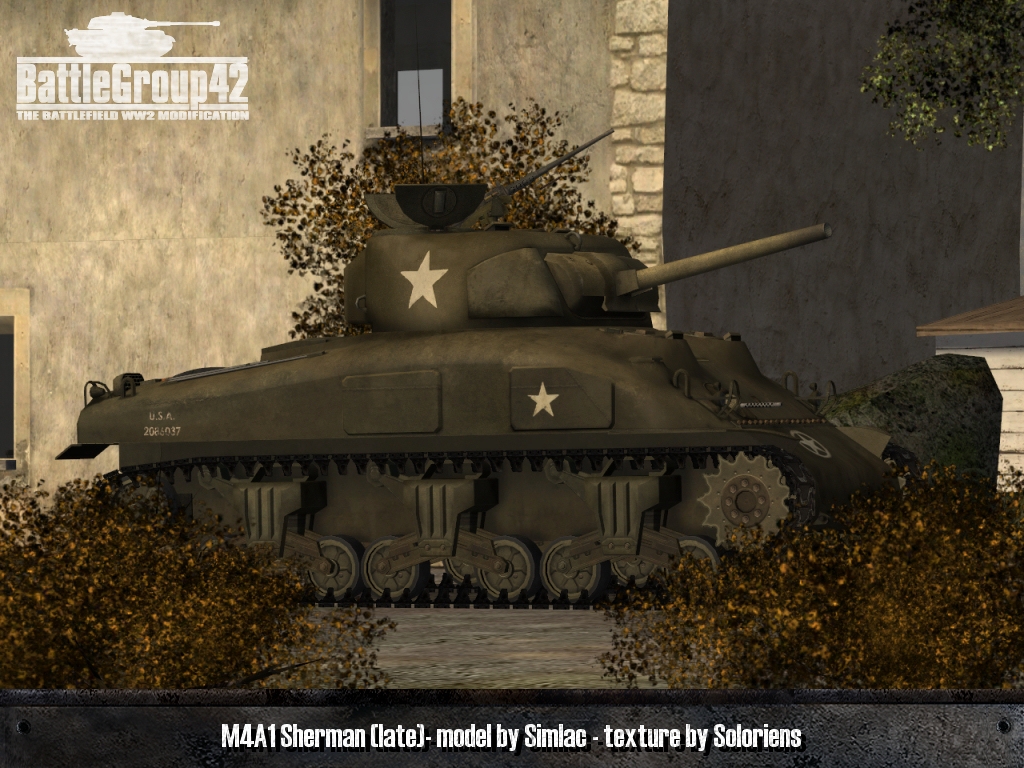 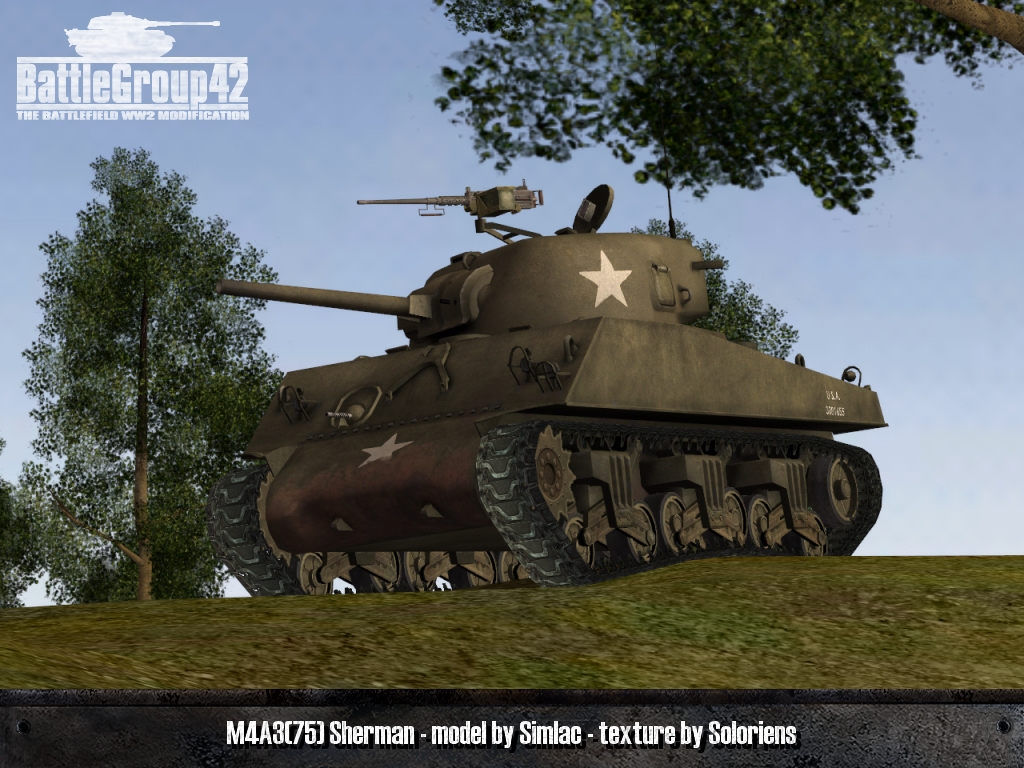 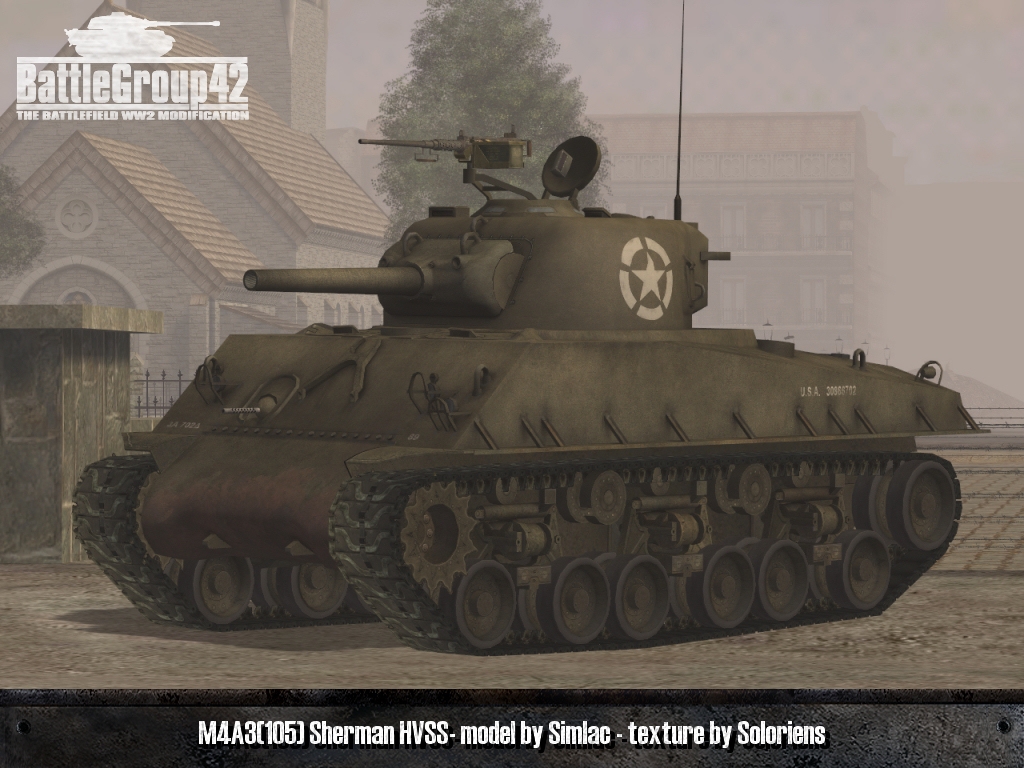 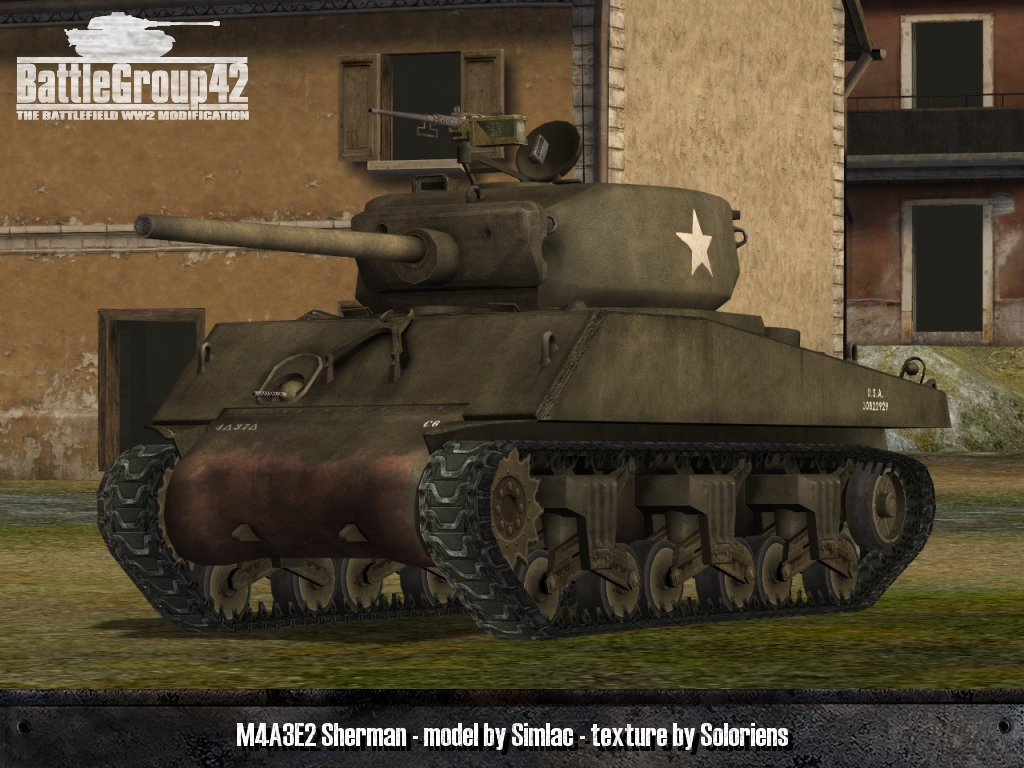 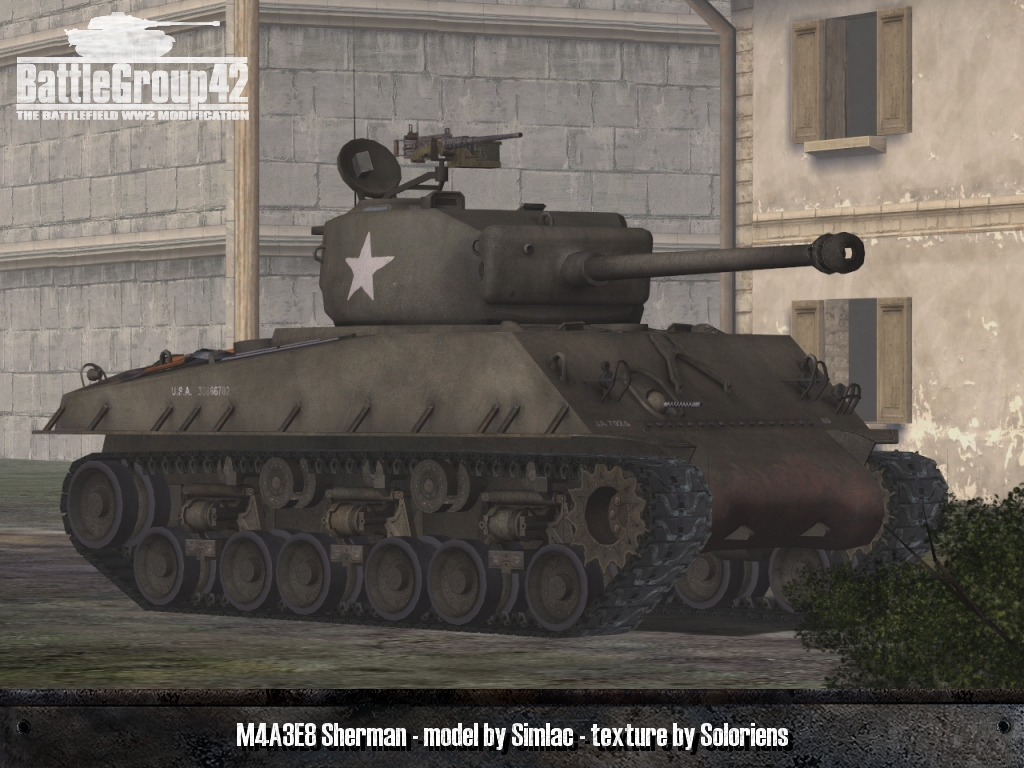 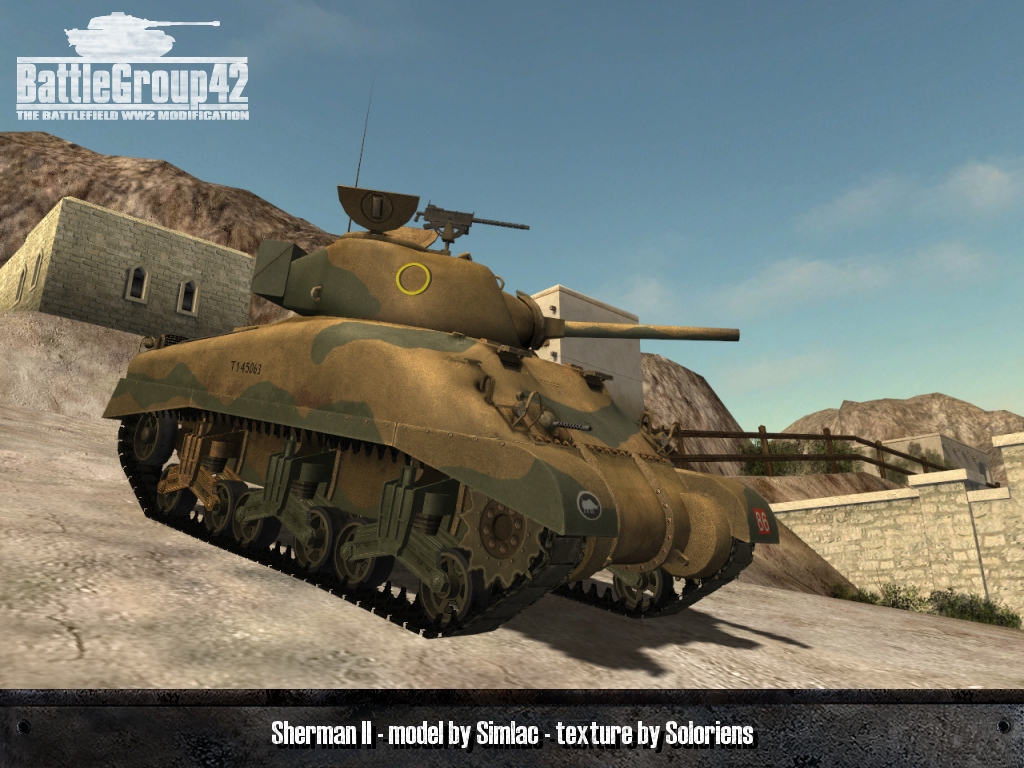 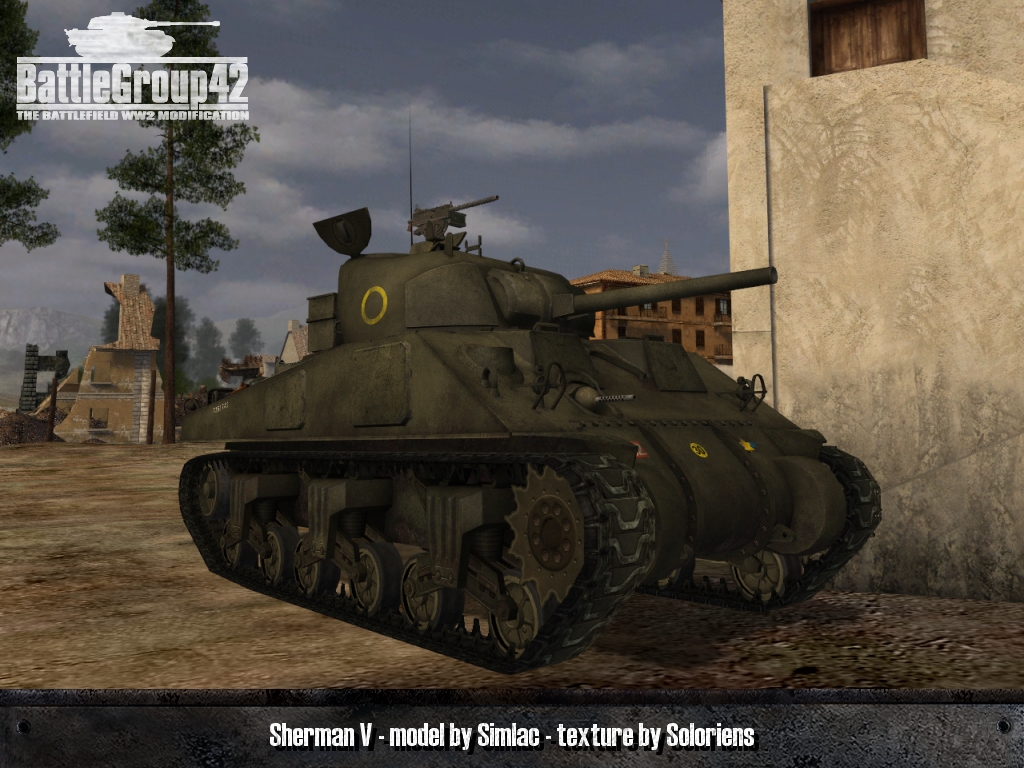 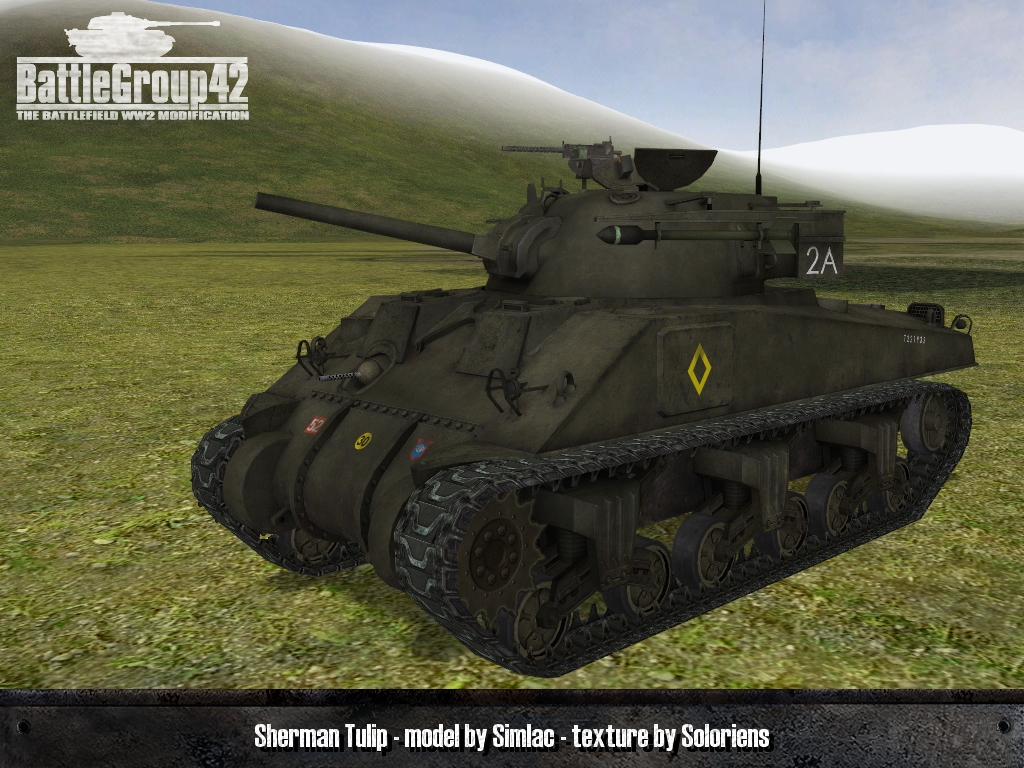 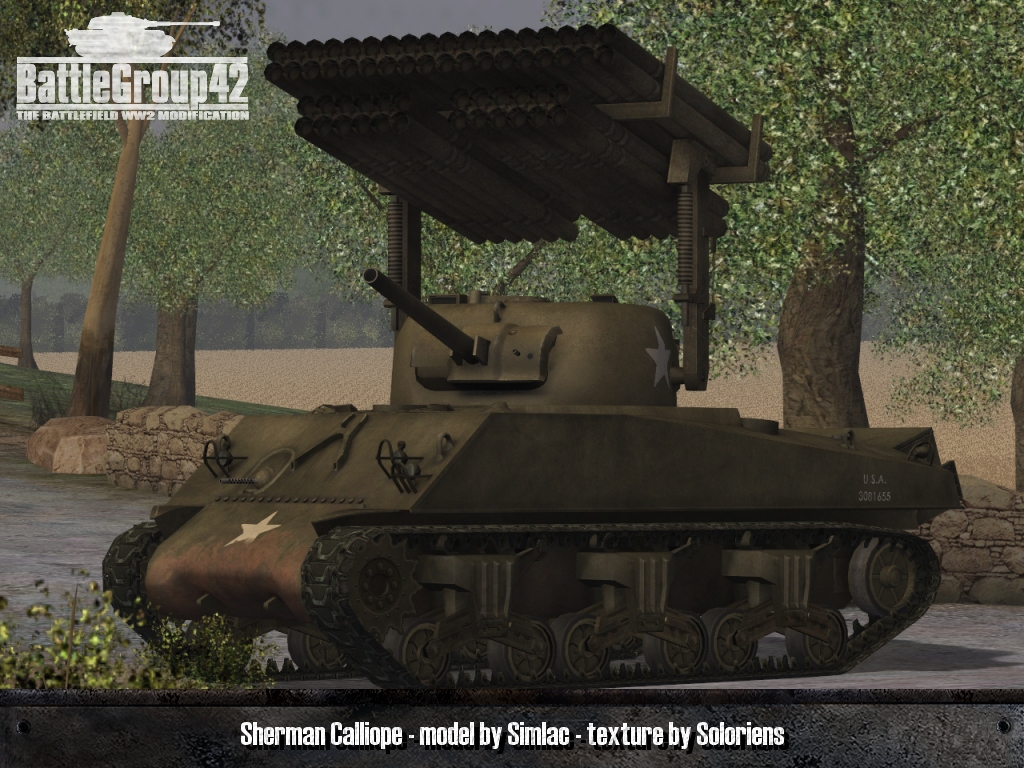 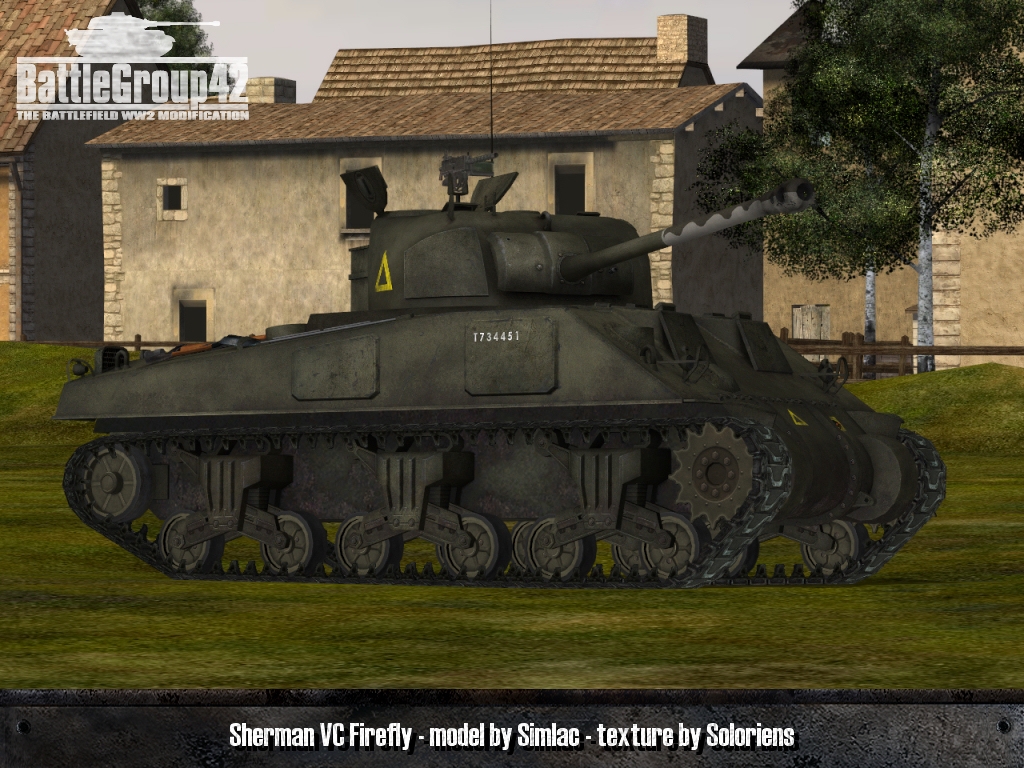 With our new Shermans, the quality and valency of the BattleGroup42 mod again made an enormous leap ahead, eleven years after its founding. This is an outstanding example on how fans, in this case our friends from the FPS club, can support a mod through self-initiative. Now, we can finally begin closing the file "BG42".
There are still some minor things to do, this is a topic for another news, but we're much closer to release now.

Please get back to developing Battlegroup Frontlines. :(

But BGF has much more potential. And I am expecting an official word from the BG developement group. :3

Yeah, you're definately right. But I am saying this as a hardcore FH2 fan. But they wont have Hungary, Romania and any other minor nations in it. So, BGF is the only thing tht wou have cool stuff. (Im not saying FH2 sucks. Both BG and FH are awesome)

thats true also but i think they are completely finished with BGF after all, its been a year since they updated on Moddb. but it did have much potential

The team working for BF2's BGF and that for BF1942's BG42 are pretty much two different teams. I did hear that there were disagreements within the former, which was what made it stop working. Those who stayed behind did try to get it back again, but couldn't get enough people to rework on it. Much of their work, mainly the models, were inherited onto BG42 instead.

It is a good looking model yes!