RSS Battlegroup42 1.8 Final: Back in Action

The Battlegroup42 team is back with a stable website and gameserver: After all the problems we had in the past few weeks we finally found out that a defective server hardware was responsible for the errors and crashes. We'd like to thank everybody who helped us, especially Grabbi of the PFC team. But now it's time for another news about new content for the final Battlegroup42 version 1.8, and therefore we'd like to present three new models.

Actually they aren't completely new models: All three of them are already known to Battlegroup42 players. But we took the chance to replace them with new, better models to increase the mod's quality.

An important element of the Japanese naval airforce really required this improvement: Our previous model of the carrier based torpedo bomber Nakajima B5N "Kate" was rather old and crude, even regarding Bf1942 vanilla standards. Our modeller RuppDee helped us out and created a fantastic new model of the "Kate". It comes with two textures created by RuppDee, one for the early part of the Pacific war and one for the late part. In the beginning of Word War II the Nakajima B5N was the most modern carrier based bomber in the world. It played an important role as torpedo and horizontal bomber in all important battles of the Pacific theater, from the attack on Pearl Harbor in 1941 up to the Philippines Campaign of 1944. At that time, it already had been mostly replaced on the big carriers by its successor, the B6N "Tenzan". Some planes still operated on smaller escort carriers or land based airfields in 1945.

In addition to its machine gun armament the "Kate" could be equipped with a payload of either 1 x 800 kg torpedo or up to 800 kg bombs. 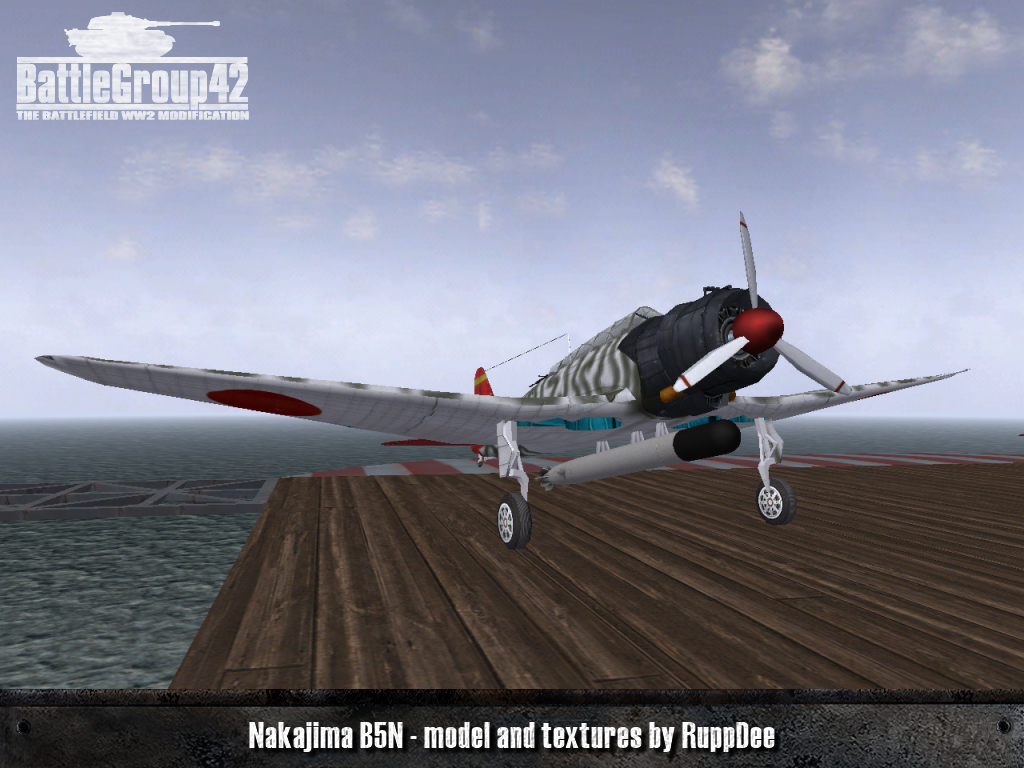 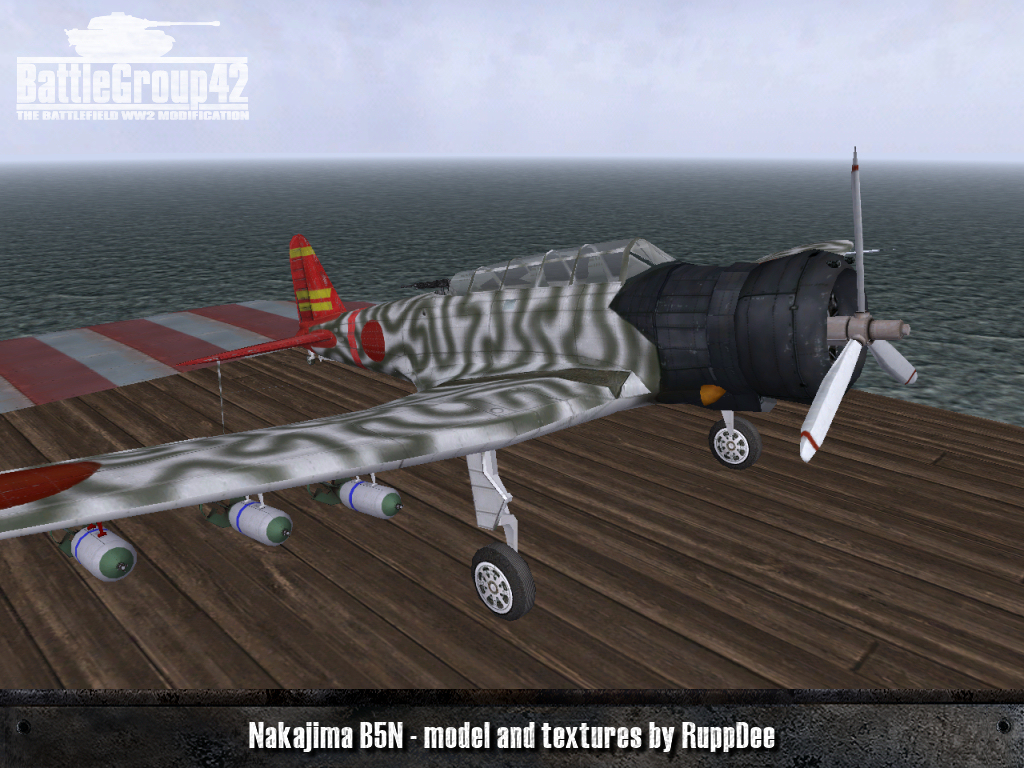 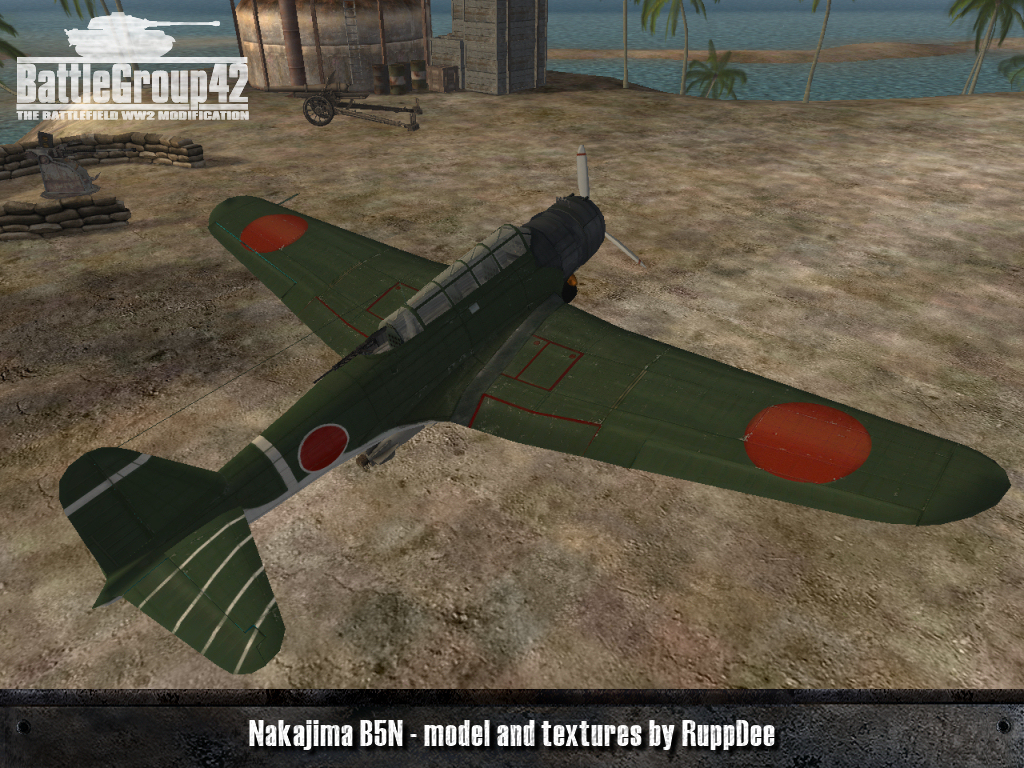 The second new model for today is a bomber too, which also replaces an existing plane: The Junkers Ju 87 "Stuka". We think there's no need for more detailed information about this legendary German dive bomber and ground-attack plane. Up until now, the original Bf 1942 was flying in Battlegroup42. We recently recovered the Stuka of the abandoned BGF mod, a far better and nicely detailed model of a mark B which was modeled and textured by petemonster, which now retired the original model. Sarge Surfat delivered additional texture variants for the Italian and Hungarian air force, while Sarge31FR provided a desert texture for the German Luftwaffe. 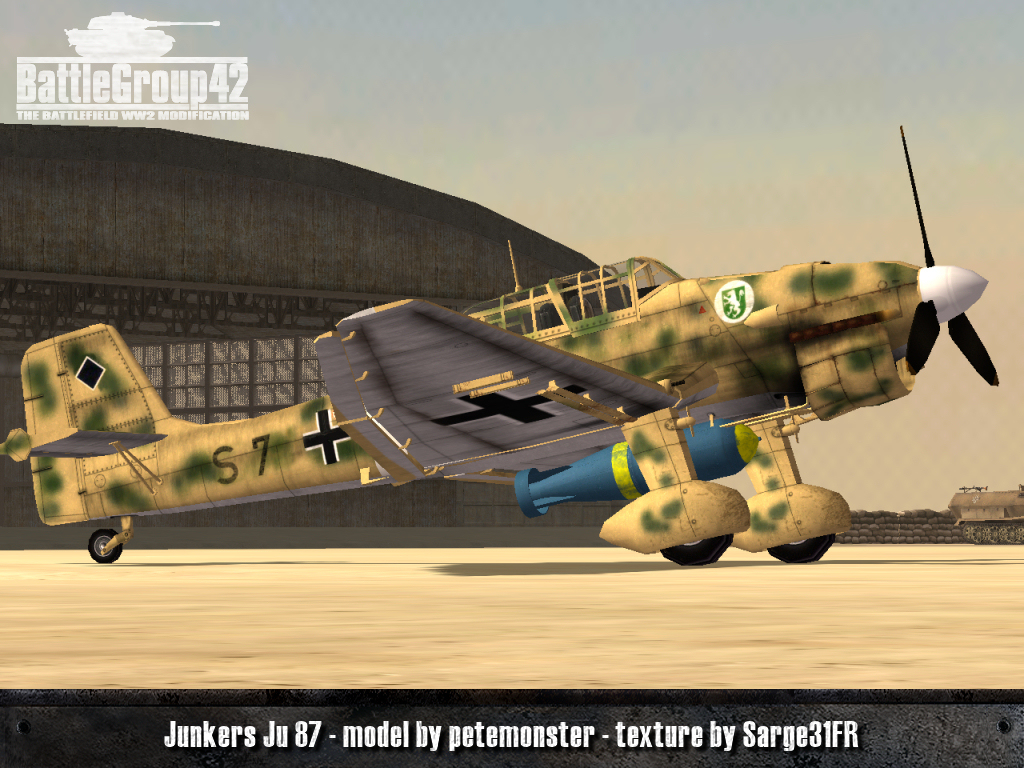 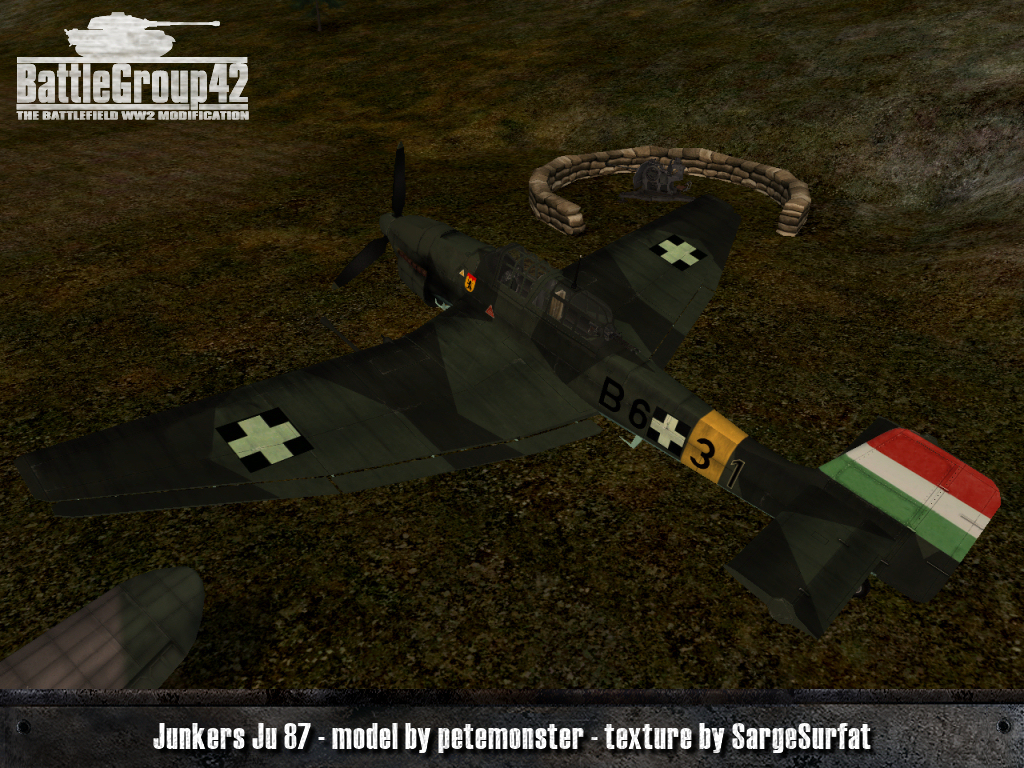 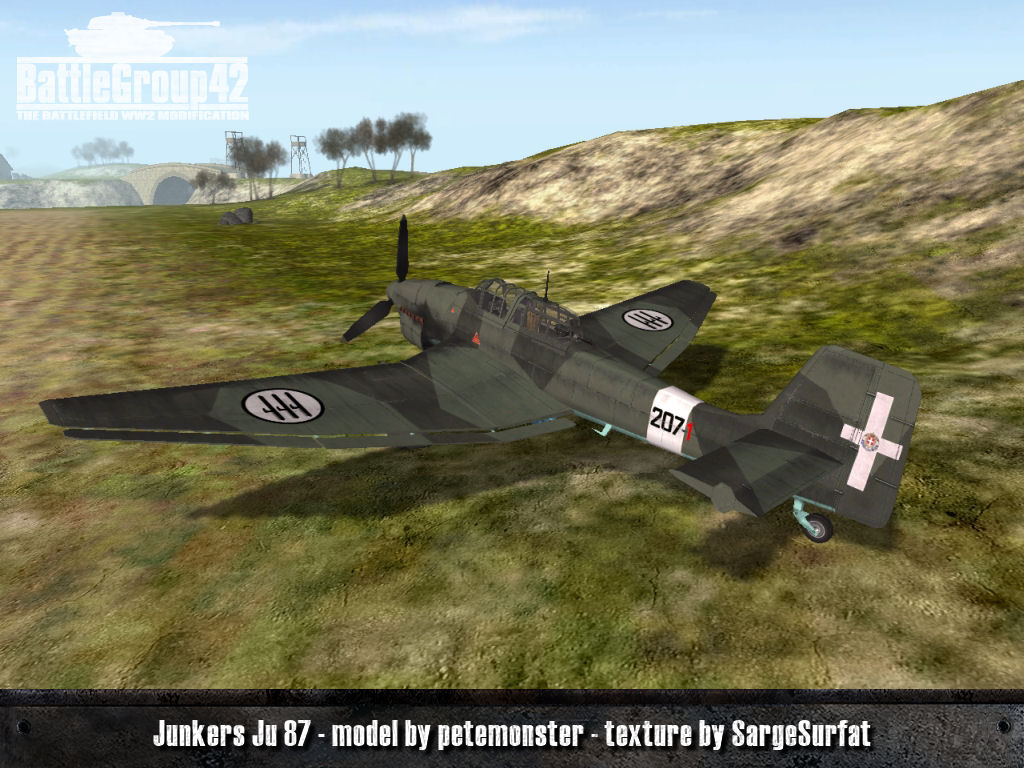 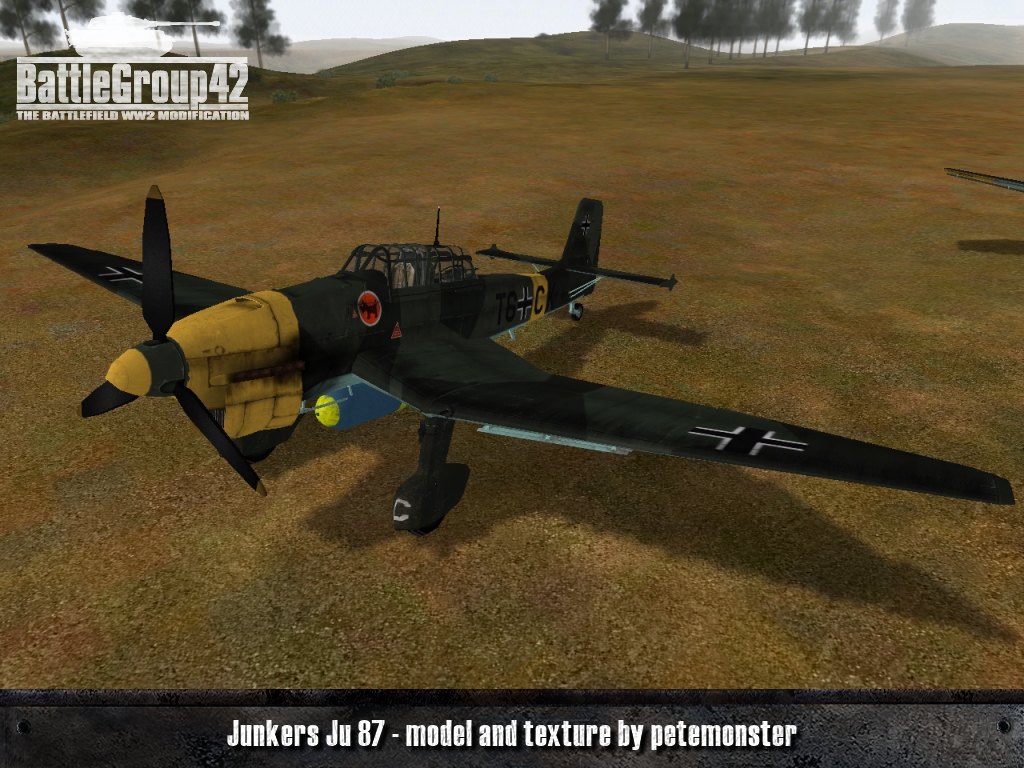 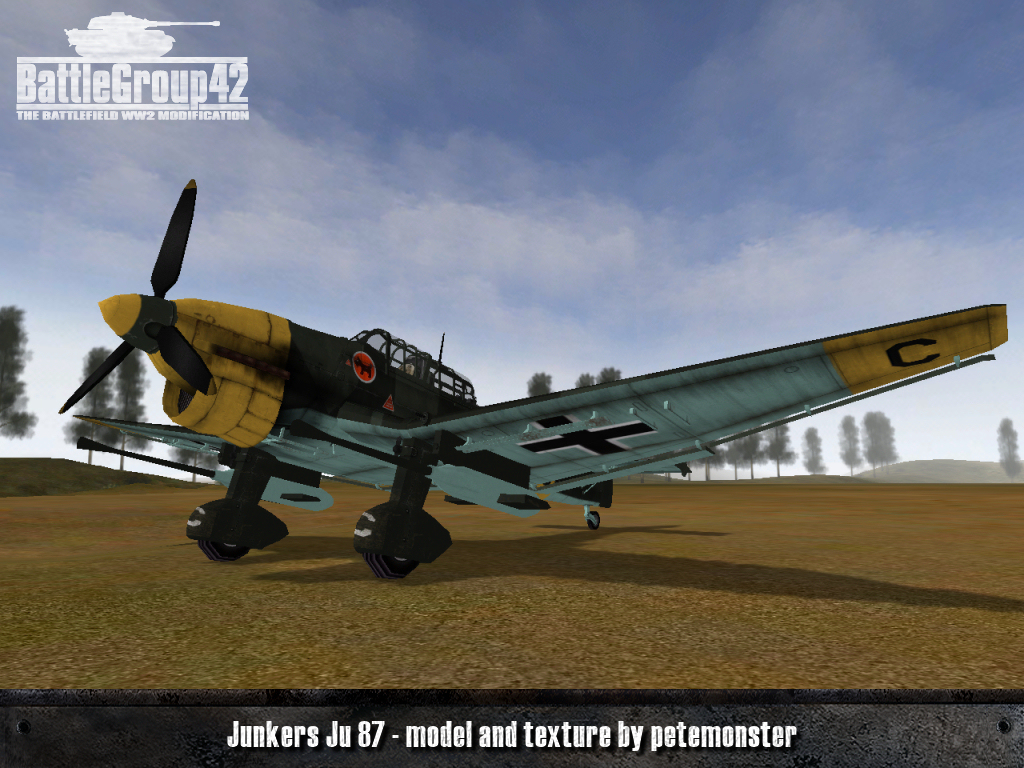 Our third model presentation covers a stationary weapon, which had been used and build under license by almost every nation involved in World War II: The 20mm Oerlikon autocannon. This weapon was also already present in BG42, serving as naval aa gun for example. Now it was replaced by a more detailed model made by RuppDee, coming in two flavors as single- and dual mount. 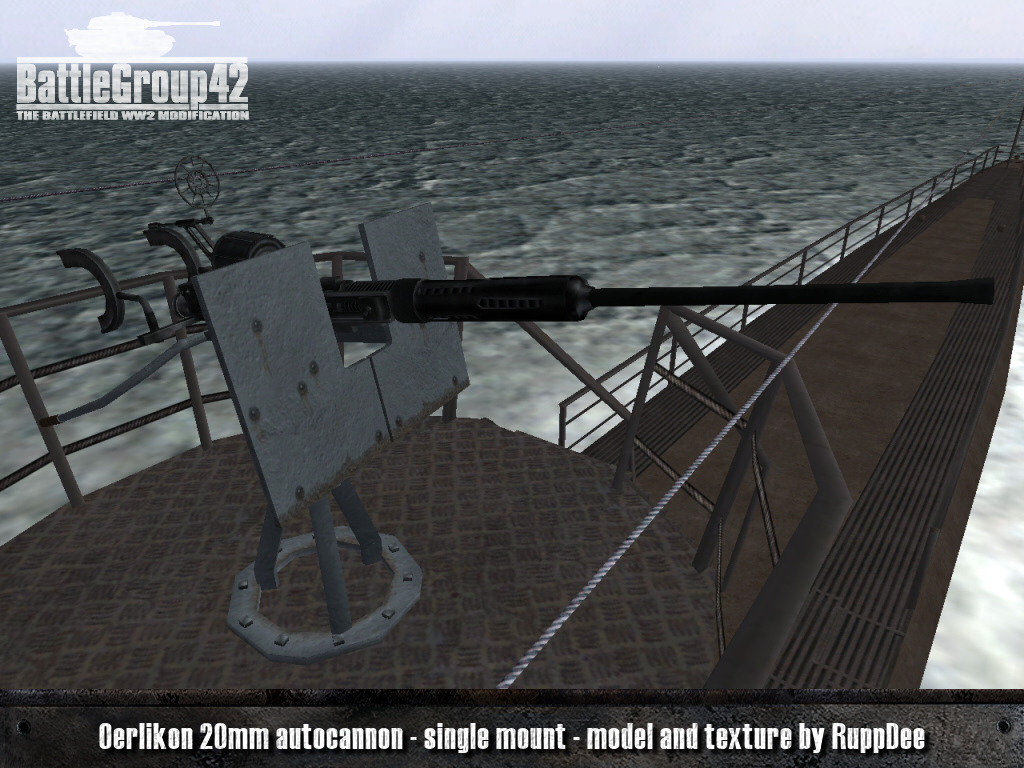 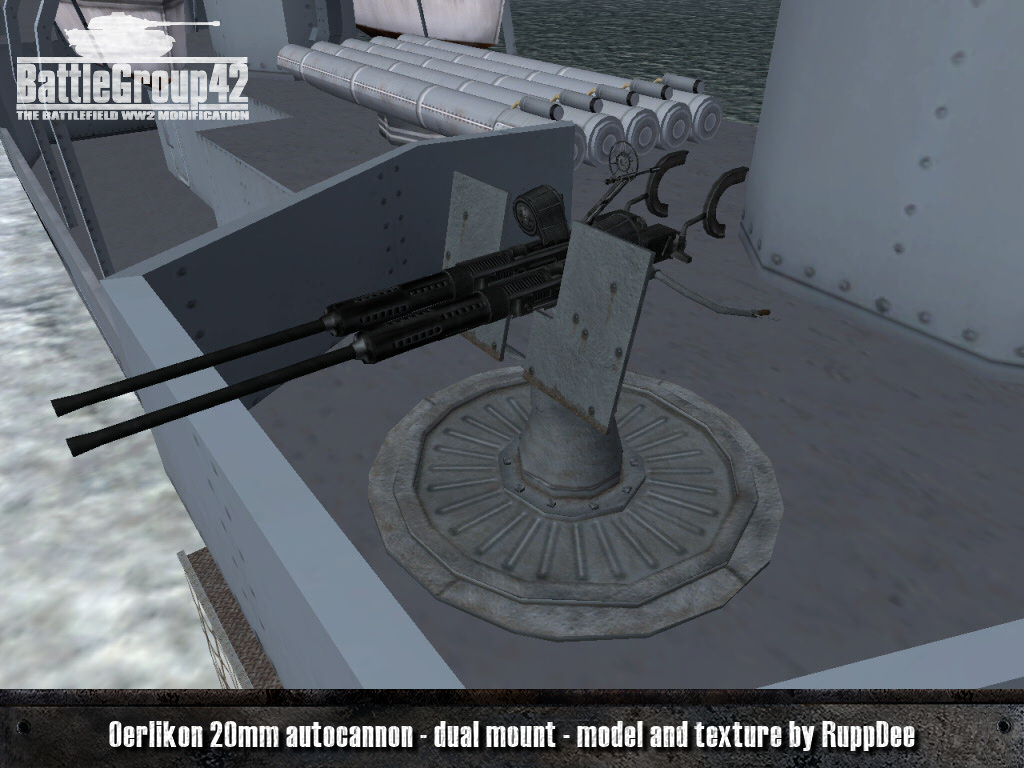 This concludes our model presention for today. More new content is in the work for the big, final version, so stay tuned and visit our website regularly.

Wow! this is awesome!

Holy SSSSsssssssssssssshhhhhiiiii;;;;;; I just passed out right there.

I dont have Battlefield 1942, but those models looks very good for me, I really like the Stunka and Im a bit annoying about the lack of clourful in the "Kate" model, the two first screenshot deserves a bad puntuation.