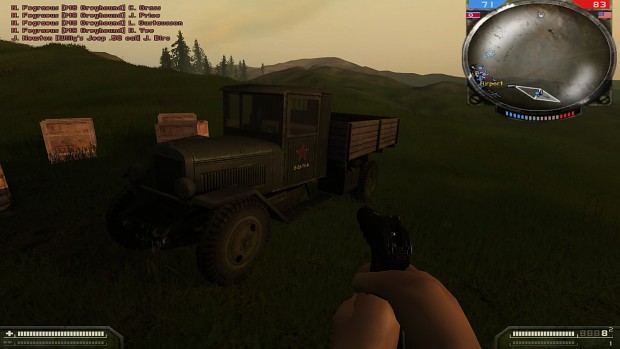 The ZIS-5 (Russian: ЗиС-5) was a 4x2 Soviet truck produced by Moscow ZIS factory from 1932 to 1958 (first one made at the end of 1930). In 1931 Moscow Avtomobilnoe Moskovskoe Obshchestvo (AMO, Russian Автомобильное Московское Общество (АМО) — Moscow Automotive Enterprise) truck plant was re-equipped and expanded with the help of the American A.J. Brandt Co., and began to produce a new truck with designation of AMO-2. AMO-2 was intended as a replacement of the previous AMO-F15, the first Soviet truck ever built (it was a copy of the Italian Fiat F-15).

Soon AMO-2 was improved, and new models AMO-3 and AMO-4 appeared. In 1933 AMO was rebuilt again and renamed into Factory No. 2 Zavod Imeni Stalina (or Plant of Stalin's Name, abbreviated in ZIS or ZiS) and in Summer first prototypes of the new ZIS-5 appeared.

Drivers can deploy a supply crate on the battlefield by right clicking the mouse button.