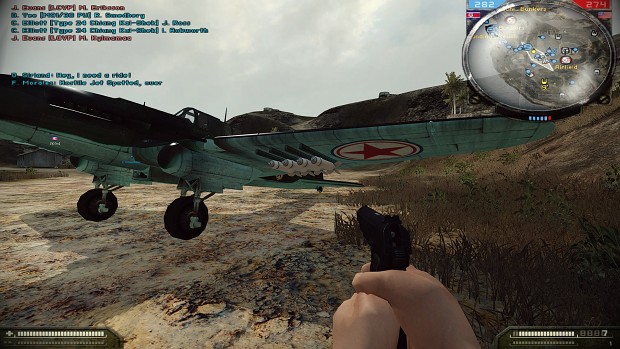 In the late 1940s, 93 Il-10 and UIl-10s were given to North Korea. They were then used in the 57th Assault Aviation Regiment during the early phase of the Korean War. They were initially used with success against the weak anti-aircraft defense of South Korean forces (following the US refusal to supply the south with "heavy weapons"), but then they suffered heavy losses in encounters against the USAF fighters and were bombed on the ground themselves. After several weeks, about 20 remained. In the summer of 1950, North Korea received more aircraft from the USSR. The North Koreans claimed to sink a warship on 22 August 1950 with Il-10s, but it was never confirmed.

From 1950, Il-10s were used by the People's Republic of China, in two regiments of an assault aviation division.

NOTE: This is the IL2M from the BGF mod. It is a placeholder until we can edit the model properly.