That is right, everybody! The final whistle has been blown! Read on to find out where to download our modification for BF1942.

Well, what else is left to say? You read the texts. You looked at the pictures. You watched the videos. And now, finally, after all these months of work, Inside1918 is proud to announce that can now play Battlefield 1918 Major Release 3.0!

Let us not waste any more words. You guys know the drill. Get the installer. You all know you want it!

(For more mirrors besides this one please refer to the corresponding section in our mod's summary! We will try to keep that list always up-to-date.)

Note that this is a full client and therefore NOT a patch. That means that you MUST DELETE ANY OLDER VERSION OF BATTLEFIELD1918 BEFORE YOU RUN THE INSTALLER!

Please scroll down until the end of the text for the complete changelog.

A few more pics and stuff:

While you are downloading (which you should be doing right now...), please have a look about a few informations we would like to show you:

First of all, here are two final map previews, this time for Cantigy - one of the maps where the Doughboys engage the German fortification. This map is a classical trench warfare map. 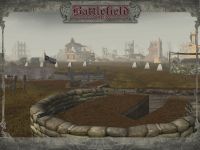 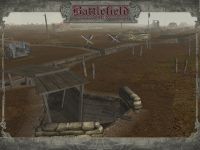 Please refer to our gallery for more promotional and ing-game screenshots!

sYndrome (known as tetrodoxin here at moddb) made a video that shows you all the nations and armies we included in the mod, hope you like it:


Did I already mentoined you should download the mod now?

About servers & a event:

We also now have our own server, provided by Daddeltreff.de:

Detailed stats, a ranking and stuff like that can also be seen here: Gametracker.com

Inside1918 would like to thank the creators of Battlegroup42, Norwegian Resistance and Forgotten Hope for giving us both a helping hand everytime we needed it and their permission to use some of their content in our mod. Very special thanks go to BOMMEL and SARGE31FR from Battlegroup42 - guys, without you, certain things in the mod would not run as smoothly as they do now. Danke!

Very very special thanks go to Grauer Wolf, leader and founder of Daddeltreff.de, for allowing us to use his server, and therefore keeping BF1918 alive.

Note that we used some airplane models of a fantastic, yet unfortunaly dead BF1942 mod called "The Great War". We did not manage to get in contact with the developers of this mod; if we could, we asked before we used other people's creative work. However, we think that they would like the idea of keeping some of their great models alive by using them in our mod. Just in case we are wrong, please let us know.

Thank you for reading! And now, enjoy your stay at the battlefield of MAJOR RELEASE 3!

glad to see BF1942 mods are still progressing, especially this one, several updates in a matter of weeks, good work guys!

If your download is too slow, wait until tomorrow, we're uploading the installer on MODDB at this very moment!

Cool! What happened with the BF2 project?

no ottoman empire? is it a joke?

Of course there is the Ottoman Empire. Seriously. Just look at the summary.