We're pleased to announce that we will soon be releasing a small patch for Bg2 version 2.2 Check out the news and latest screen shots!

As you know we've been working on a big update for Battle Grounds, porting it over to the 2013 version of Source and including new features like swivel guns, graphical upgrades and a brand new main menu with a community news feed. Today we are announcing a small, upcoming patch for BG 2.2 which is the first step of rolling out this new content.

The goal of this patch is to try out the main menu and news feed, so that we can test it with the community and polish it for the eventual BG2 3.0 release on Source 2013. In addition to that we have made some long overdue bug-fixes and performance improvements for the current version as well as some extra goodies. 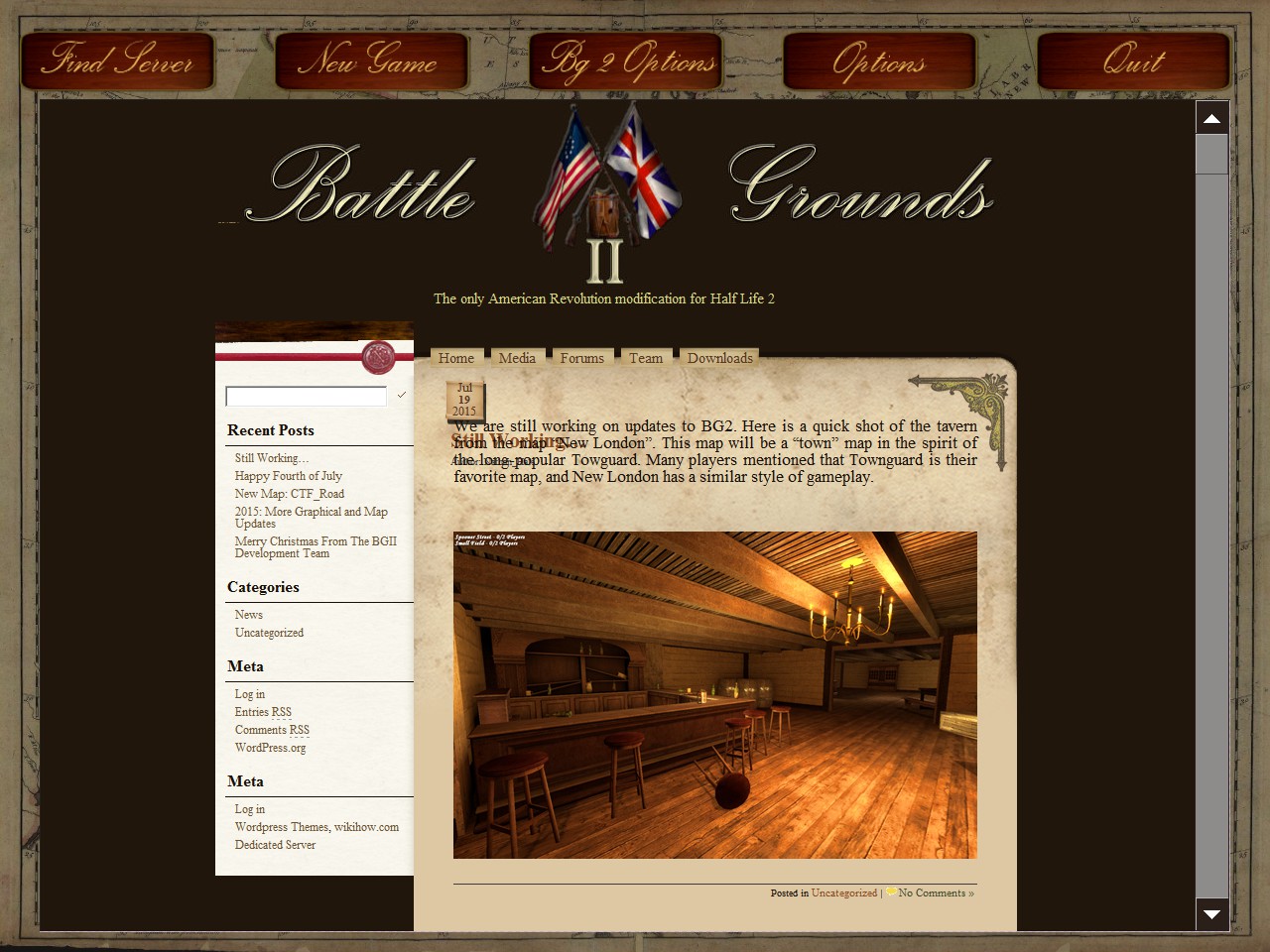 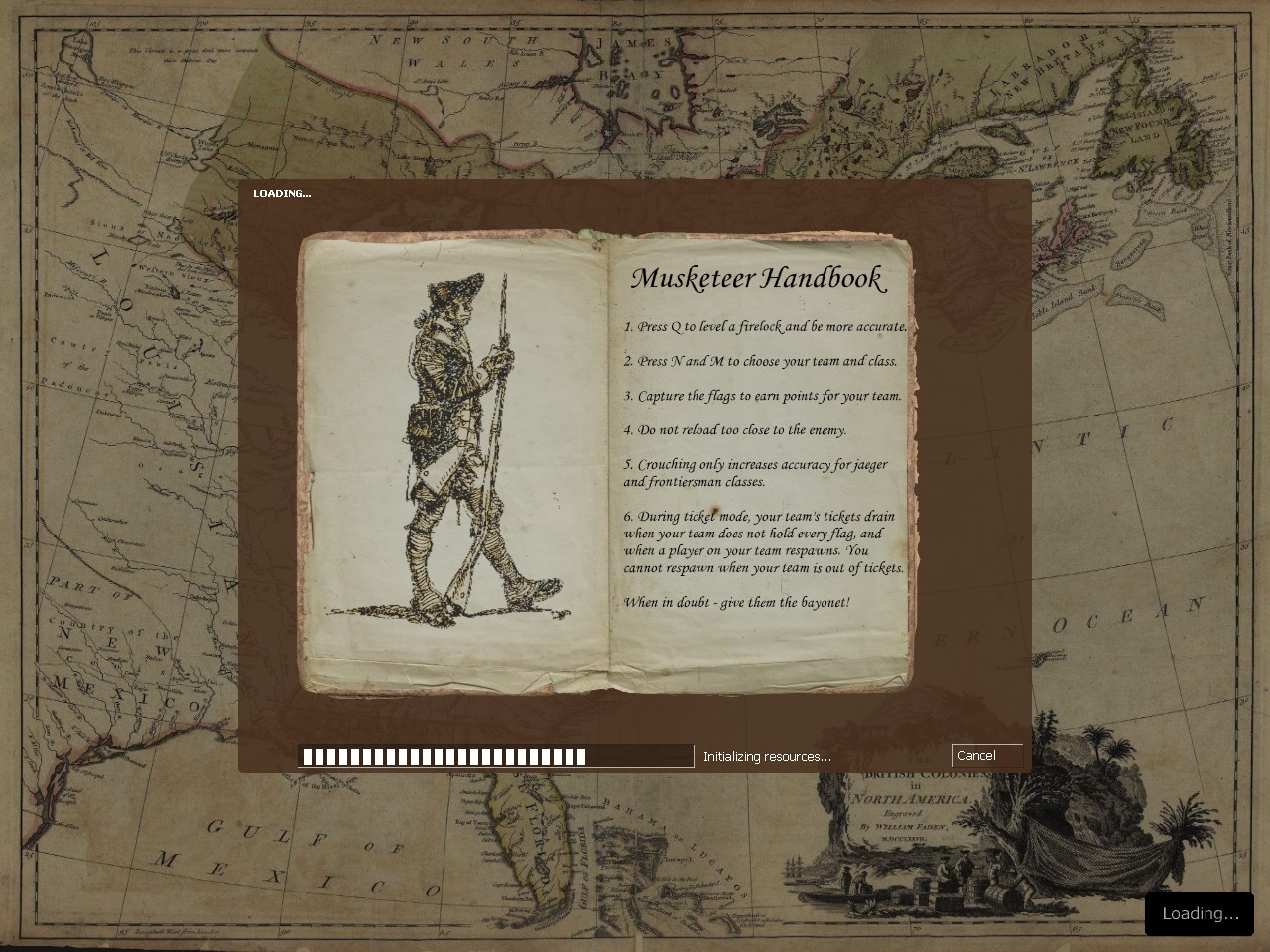 A new and improved loading screen with tips and suggestions on game-play and game modes in the mod. 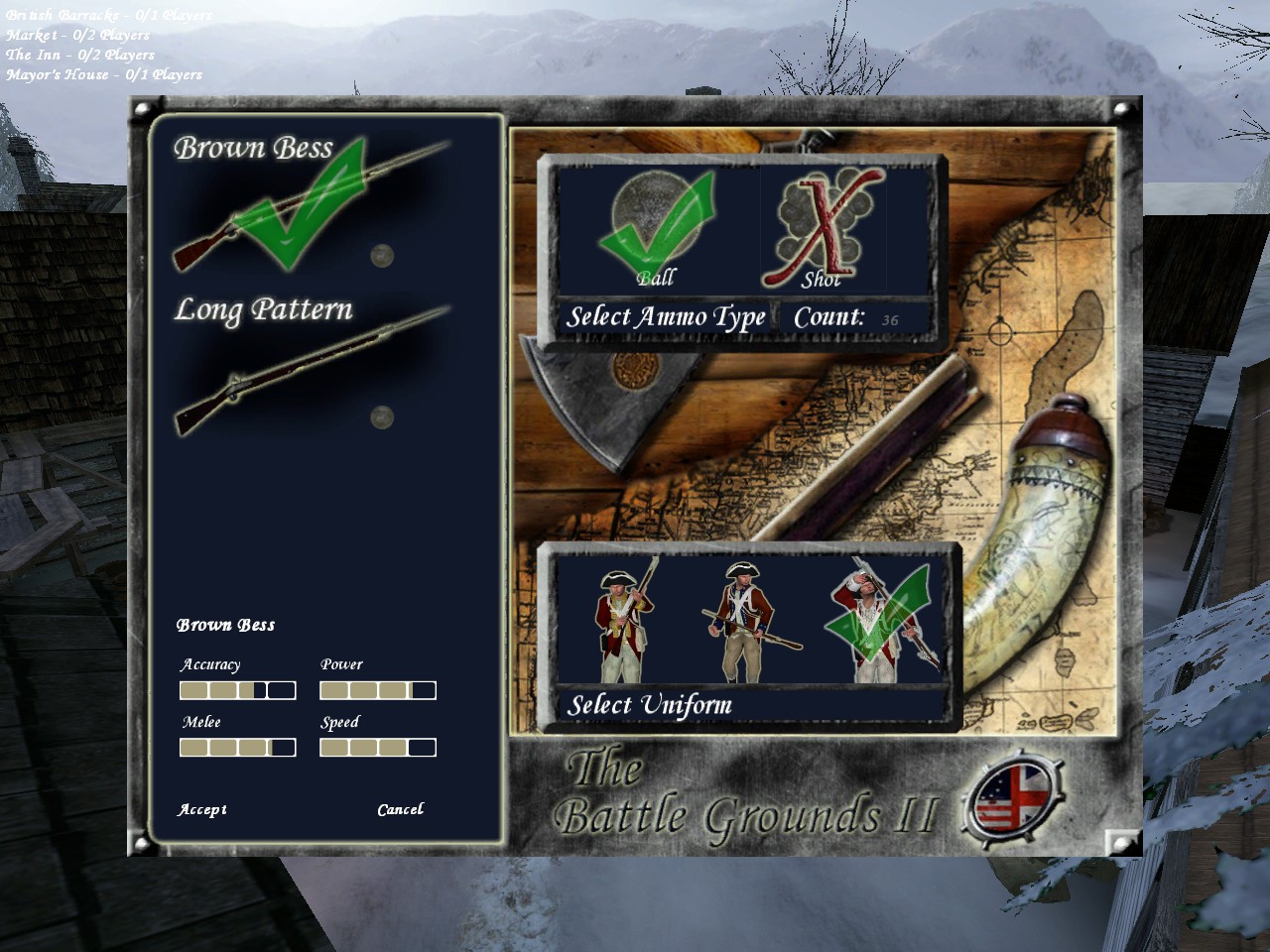 A long requested community feature is finally here. Information and stats on the many musket types in the game. These weapon cards list vital information like reload speed, accuracy and damage. 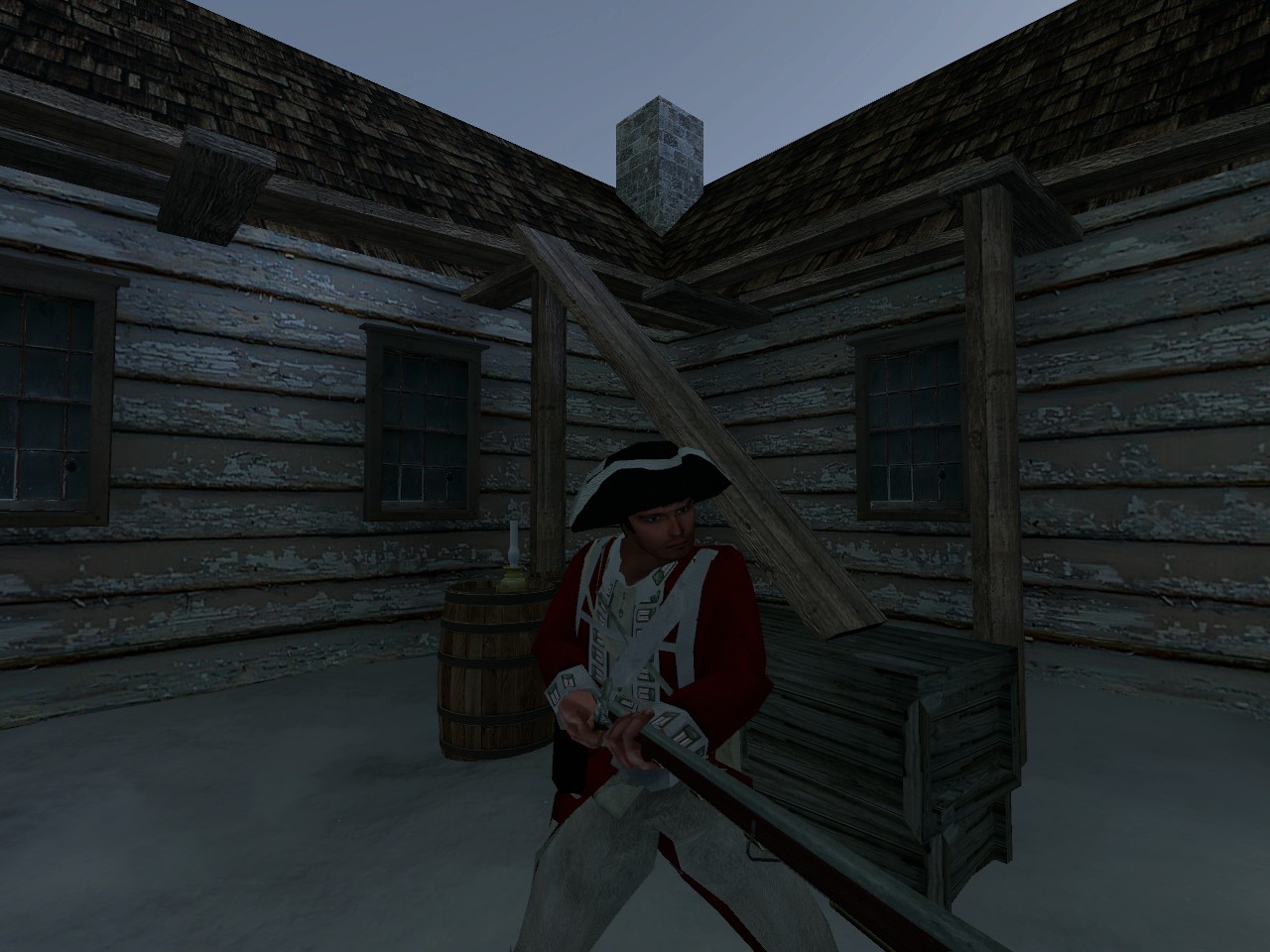 Also on offer is a new infantry uniform for the British regulars. Based on the coat facings of the 47th Lancashire regiment, this new coat brings the uniform options up to an equal number of three for both the British and the Americans. 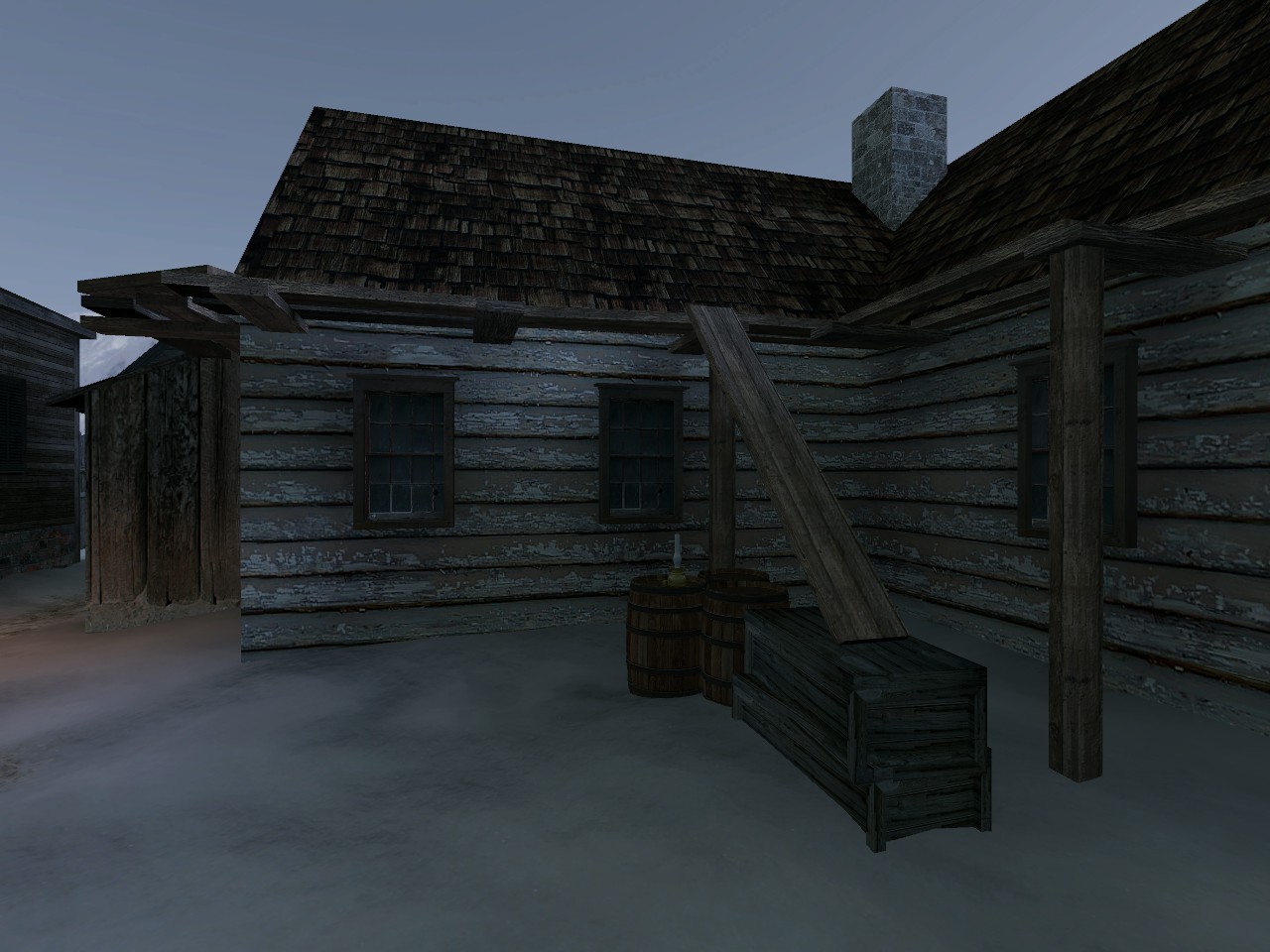 Finally we have a game-play change to one of our maps, Bg_Trenton. This option allows rooftop access along a line of scaffolding, offering the prefect vantage point to rain down musket fire on the square below. 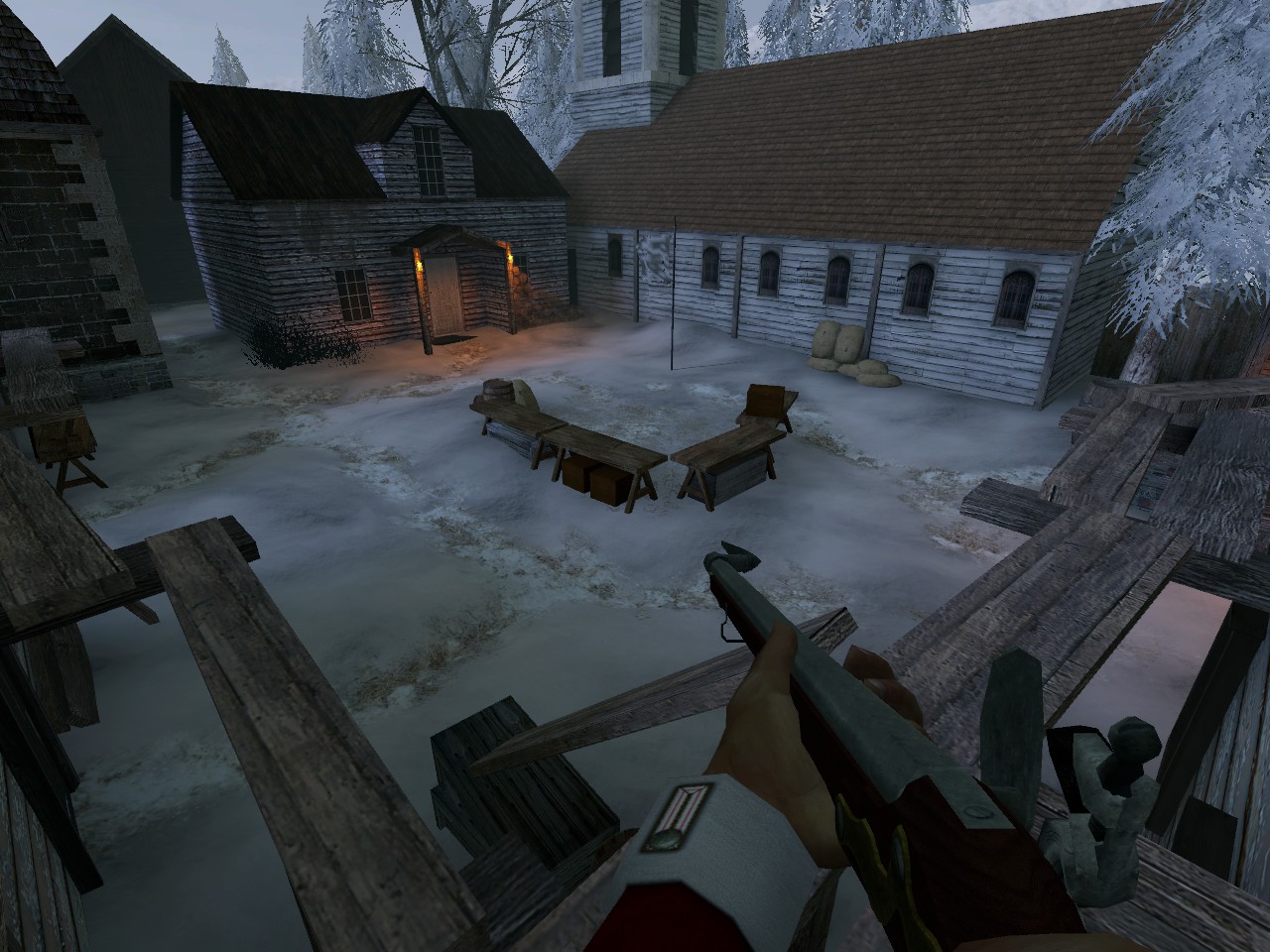 We hope you enjoy this small patch while you wait for the next major update, Battle Grounds 2 Version 3.0

Great work, love to see this mod being worked on even after ten years. Definitely going to play it.

Nice to see some competetive gameplay info rolling out with this new release! :)

The graphics might be out-dated a bit after all these years, but the gameplay is still really strong :)

No, this upcoming patch is for the 2007 version of the game.

Good :) Hey devs, have you consider release a standalone version? So that people didnt have to buy HHalf-Life 2 to play this incredible mod :D
There is a team that did it for Battlefield 2, and created a really good mod.

You don't need to buy Half Life 2 anymore. All you need to do is download the Source sdk 2007 in your steam library and you're good to go!

Damnit! And i only know this no! WHY?? so sad...but better late than never :D
Ok thanks for the information guys :) I think that there are still lots of players playing this right?

Hey just to let you know you dont need to own HL2 to play this game, simply download the 2007sdk witch is located in the tools tab, to find the tools hover your courser over the library tab where you find your games and go down the list and find tools. Then go down the list in tools and find SDK Source base 2007 double click to donwload then come here and download the game then extract the patch into the bg2 files witch is located in your steam directory steamapps/sourcemods/bg2 have fun!

Funny how good this game is for having to reload each bullet. I played it last, years ago, but seeing this small update made me wanna jump back in for a bit. LINE BATTLES!!! ;)

I'm stoked! Good to see Battle Grounds II refusing to get snuffed out like some damn stubborn revolutionaries!

More people need to know about this game...

Can you play against AI, or set up a custom game where you can?

i just installed the game today and it looks like there is no BG community. ive played this game back in the days when it first came out and it was popular. Where can i find players?