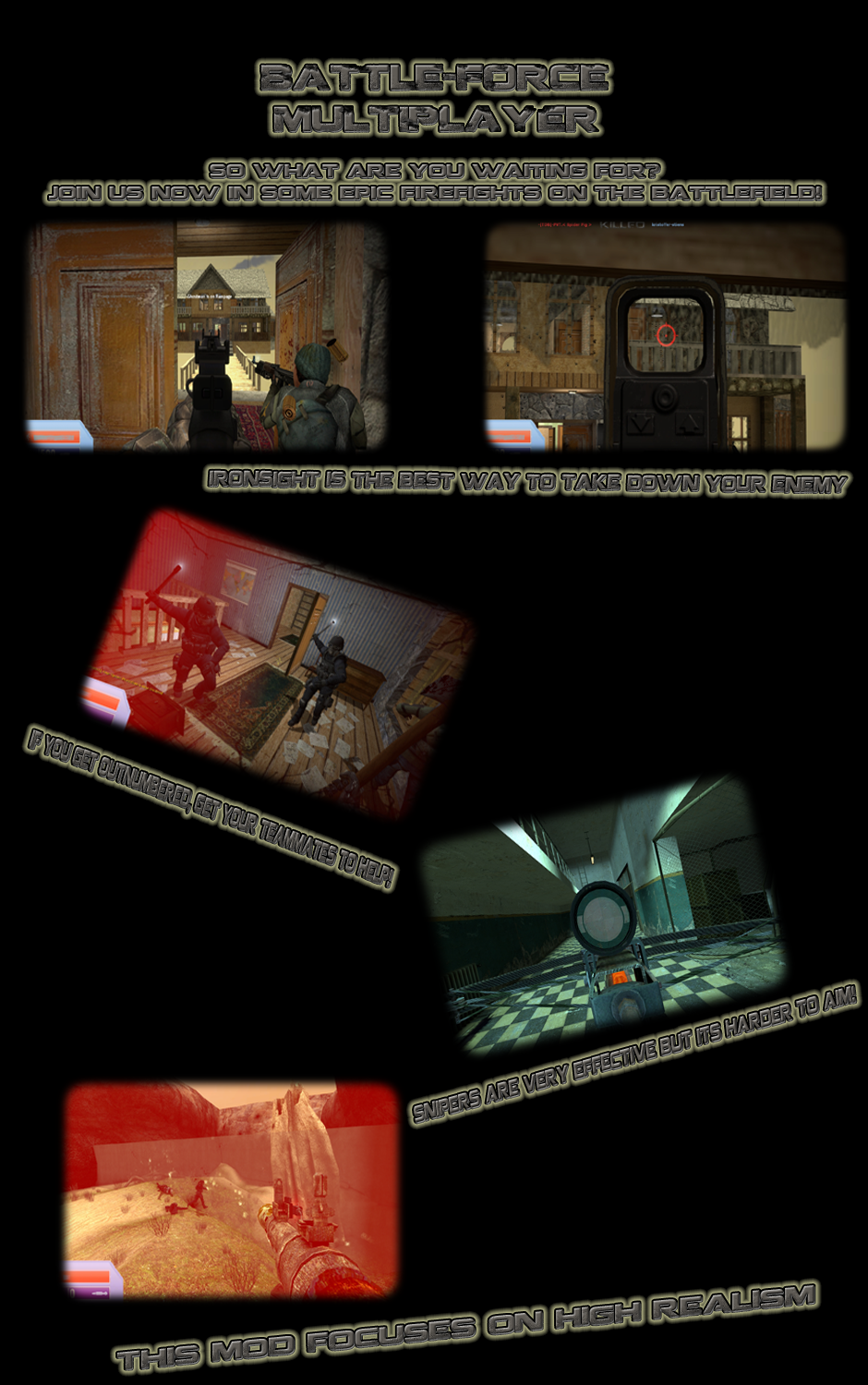 Battle-Force: Multi Player v6.75 Beta is released and will be available for download in the download page on the mod page!

This is what the Mod is about!

Here is the history of how this mod will look like:

It started with an devastating nuke, peoples disappeared and got converted to something... Something cruel! The Combines had to flee. There was no hope left for the human kind! Even Gordon got hit, but he managed to survive! In this modification you will take advantage of controlling Gordon Freeman trough the devastated lands, where the horde will be ready for you! Will you be available to find out were the Combines are hiding? Then hit it!

This tutorial will simply tell you easy steps how to create a Source: Dedicated Server for "Battle-Force" Follow the instructions below!:

Battle-Force is generally a realistic version of HL2DM, where you will find more tactical amusement as Ironsights, drivable Vehicles, controllable Turrets...

This mod has officially been renamed to Crap-Force.

Do people still play this mod?

For Medic's sniper rifle:
The scope center is off the screen center when sighted...

Still hits perfect... Did you download the fix?
Also the code for that weapon has a horrible accuracy so bullets fly in all directions. Will be fixed for next revision...

Hey guys i got a problem i dont have any game in steam jusut SDK base 2007 and 2006 the game was running well and i dint touched it for months now today that i decide to play it with a friend 1 vs 1 i found this error when its loading to open:

Ah, just open Steam, go to Library->Tools. Then right click SDK Base 2007 and go on Properties then Local Files and Verify integrity of tool cache.

Sent you an pm.

Hunt Down The Nihilanth Half-Life 2