Explore again the Black Mesa Research Facility from the point of view of Jorge Barrett, a maintenance employee of the facility. Today should be one day just like all the other, but what lies ahead ?

Moving to a new engine

Hello there, it has certainly been a while, isn't it?

I have some exciting news. About a year ago I joined the Sven Co-op development team to work on various elements for 5.0's release. Along with real life suddenly eating most of my time, it has caused me to use the little of free time I had to work on something else than Aurora Effect.

Rest assured, I have not forgotten about Aurora Effect, it's the complete opposite actually. Throughout the months I've spent working with the Sven Co-op team, I've really realised how amazing and dedicated they are, especially programmers like Sniper, AdamR and Solokiller that are always here to help you out when you face a technical challenge.

It occured to me I can do more with their help than I ever could alone with Spirit of Half-Life. As such, I've taken the decision to move Aurora Effect from being a Half-Life mod to a Sven Co-op campaign.

What is very interesting with Sven Co-op 5.0 is that it will be a standalone game, you will not have to buy Half-Life to play it. Therefore, it means you will be able to play Aurora Effect without the need of purchasing Half-Life as well, you will only have to download Sven Co-op. Along with this, an incredible lot of new logic and customisable entities are in the game, but what is especially interesting here is how the engine limits have been raised to extremes. I can make levels that are way more detailed and interactive.

It also means Aurora Effect will have native coop support. Isn't that wonderful?

I will start working again on Aurora Effect after I'm done with what I need to do for Sven Co-op. In the meantime, here are some pictures from completed areas.

Keep faith! The mod is far from dead. 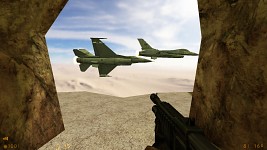 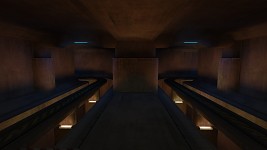 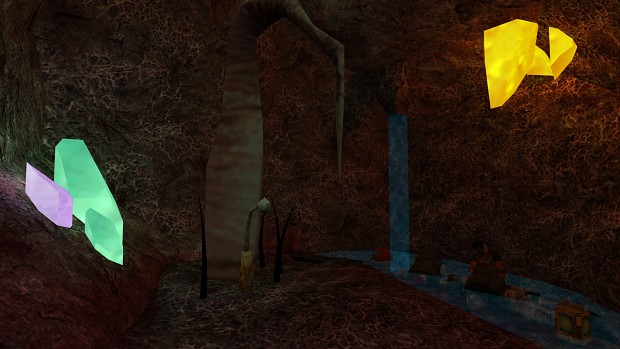 The mod is still well alive and kicking. Find some screenshots about a new place in this news.

It really is still alive. There's been some changes though.

Welcome back to Black Mesa ! Please put your seatbelt on while we perform a resonance cascade.

I wow this is alive and moving to sven coop cool

Another great mod! Thanks modders!

Damn that GoldSource Texrure it's too 1337.

Am I wrong or the bugs with HL mods on Steam are fixed?

switched to a new code base that works.

this seems like a hell of a mod! the environment particles were so detailed i thought i was looking at an HL2 mod when i saw the bedroom images, if you manage to overcome the issues you're having with the goldsource engine and finish this project i have the feeling that the community will have great esteem for it.

I find it confusing that you have the some of the same screenshots as Soldiers of Honor.

I'm not sure what you're talking about. I checked their page and the screenshots are very different to me.