Art Of War mod is partial-conversion modification adding lots of new features to old Zero Hour's gameplay, they are discussed in summary. 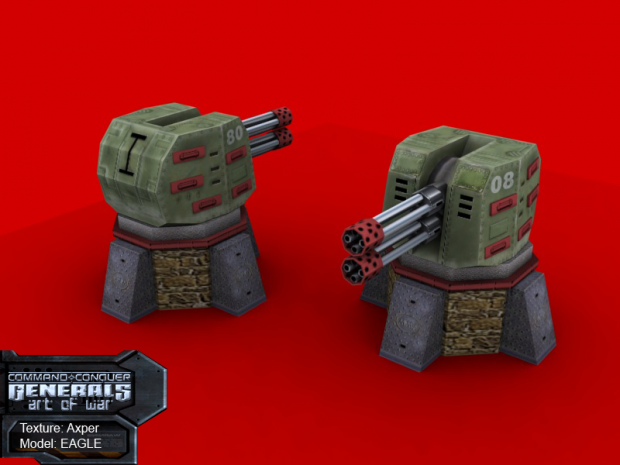 at least it uses different model
and there is nothing wrong with "stolen ideas"
because there is ALOT of mod uses the same ideas
Example: Tesla weaponry

yup, they asked credit for it, then change the appearance

Who's stolen? You're stolen, dude! Fr.wikipedia.org

After replacement of Bunkers with more "tankish" Cannon turrets, General Kwai decided that he needs better stationary Anti-Air protection. And the Russian naval AA complex "Duet", he heard about a week or two ago, met his needs just perfectly. He ordered a test party of these complexes and after first field tests purchased license to assemble them on his facilities.
Armed with two high-caliber rapid-firing machineguns, Duet complex is deadly for any approaching aircraft, infantry, ballistic missiles or light vehicles. And high caliber provides it with ability to even bring certain damage to tank armor. On the other hand, it some times need time to cool down.

P.S. Model and texture have been made much earlier (about 1.5 years ago), just recently found on my flash drive