Time moves fast. It's been two years since our last major update. In the time we've been radio silent, we've been hard at work behind the scenes. Today we're proud and excited to present a closer look at the hub world of Apotheosis, in a brand new 4k trailer, Afterlife. We also go into detail on the current progress of Apotheosis, what we've been working on in the past two years, our approach to communication, recruitment, and more! 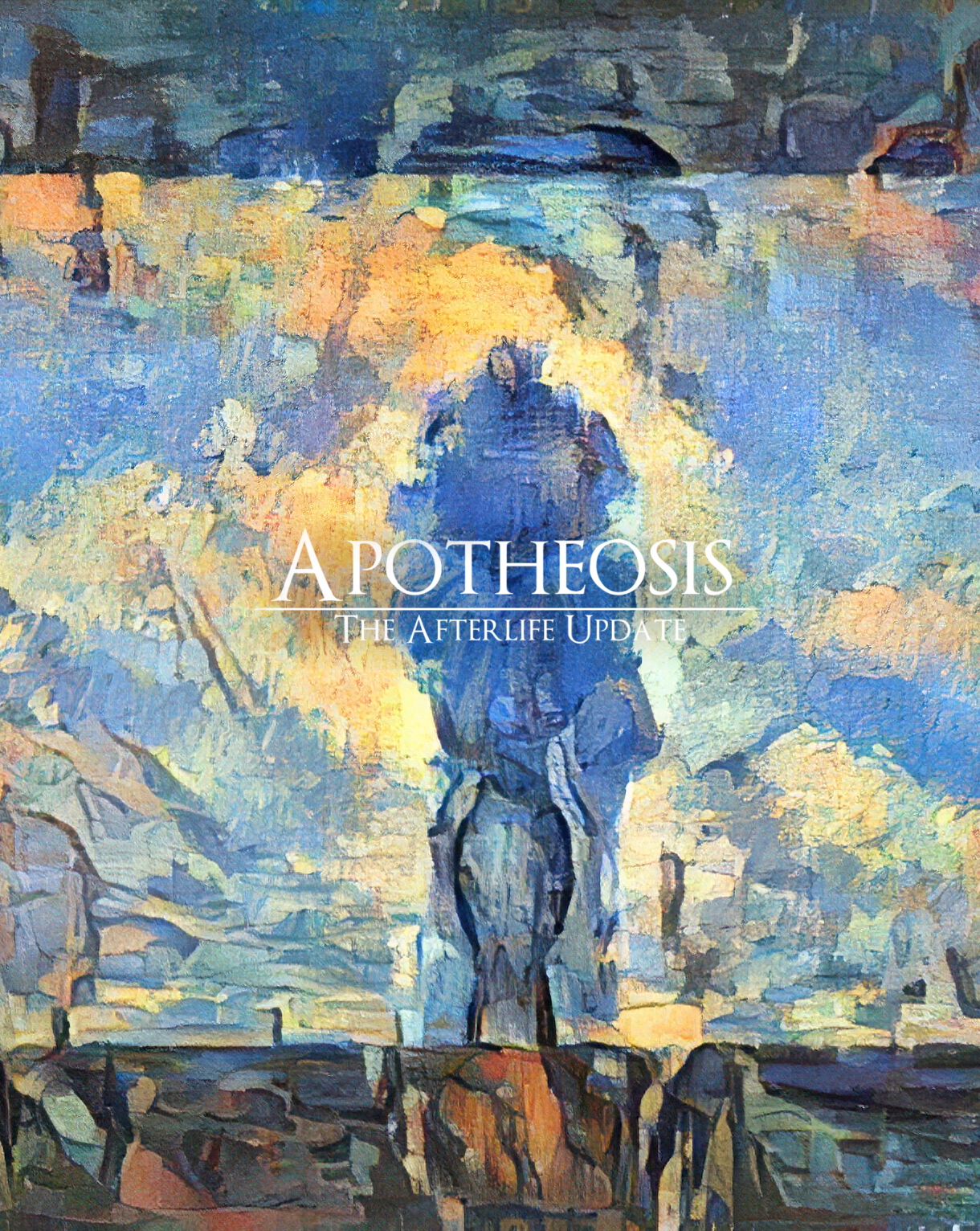 Its been some time since I've updated you guys. Throughout these past two years, we've kept our heads down and worked. Here's what we've been up to.

With the recent completion of Vaermina's Realm of Quagmire (17/17), we're happy to announce that Apotheosis is nearing Level Design Alpha!

Apotheosis is almost entirely playable from start to finish!
This in turn allows us to focus more of our efforts on preparing for QA, completing and polishing quest design, scripting, casting voice actors, polishing environmental storytelling elements, adding more artifacts, weapons, spells and implementing and testing some remaining gameplay systems.

The Dreamsleeve (Hub World)
A huge and expansive open world where you will be spending a great amount of time is now gameplay ready. Dreamsleeve is roughly twice the size of Solthsteim from the official Dragonborn DLC.

In the past two years, we've managed to produce around 22 interior dungeon locations and three giant hold sized overworld regions within the Dreamsleeve. There remain a few interior locations that still need to be built, but the harder work is behind us. 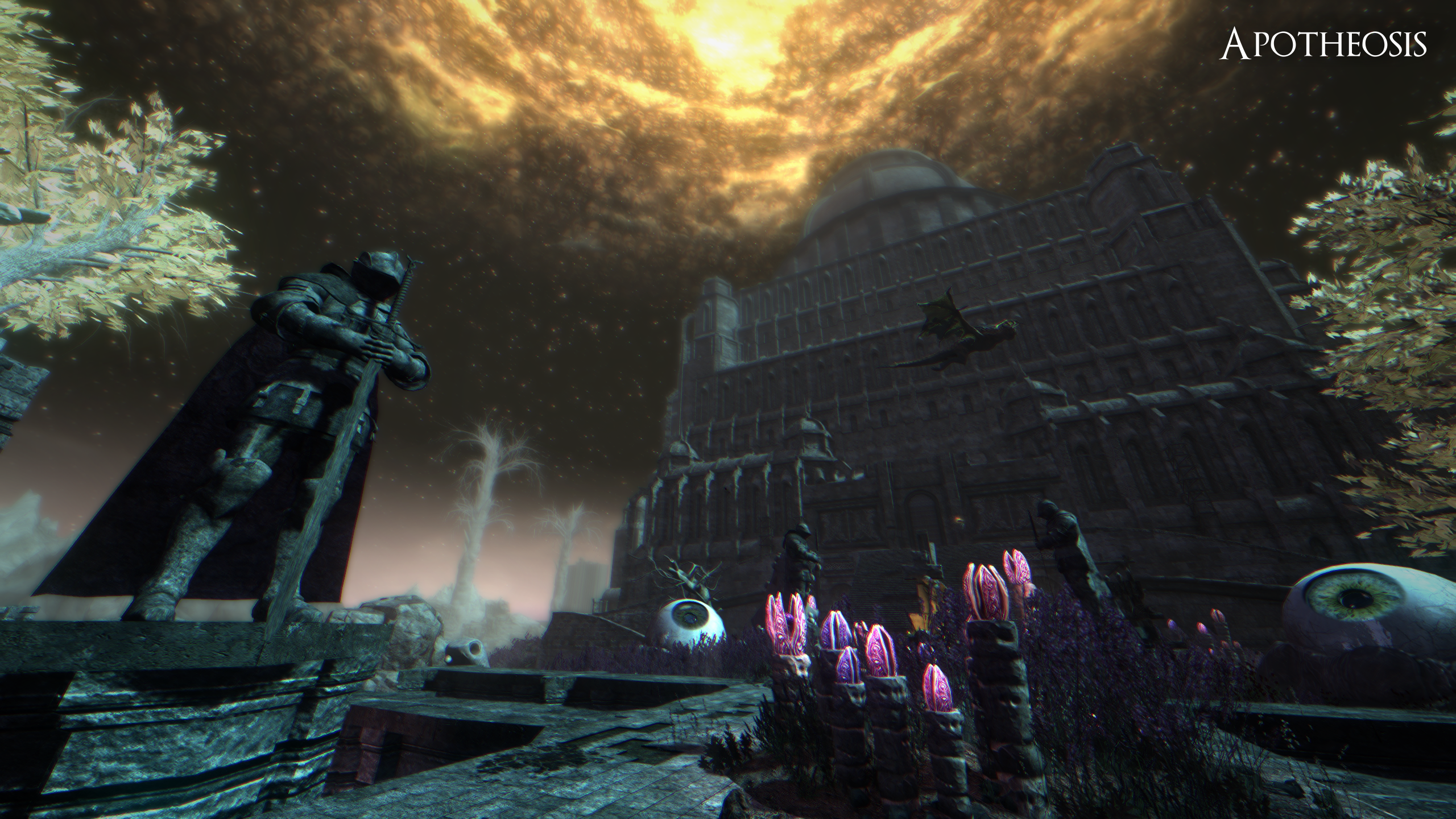 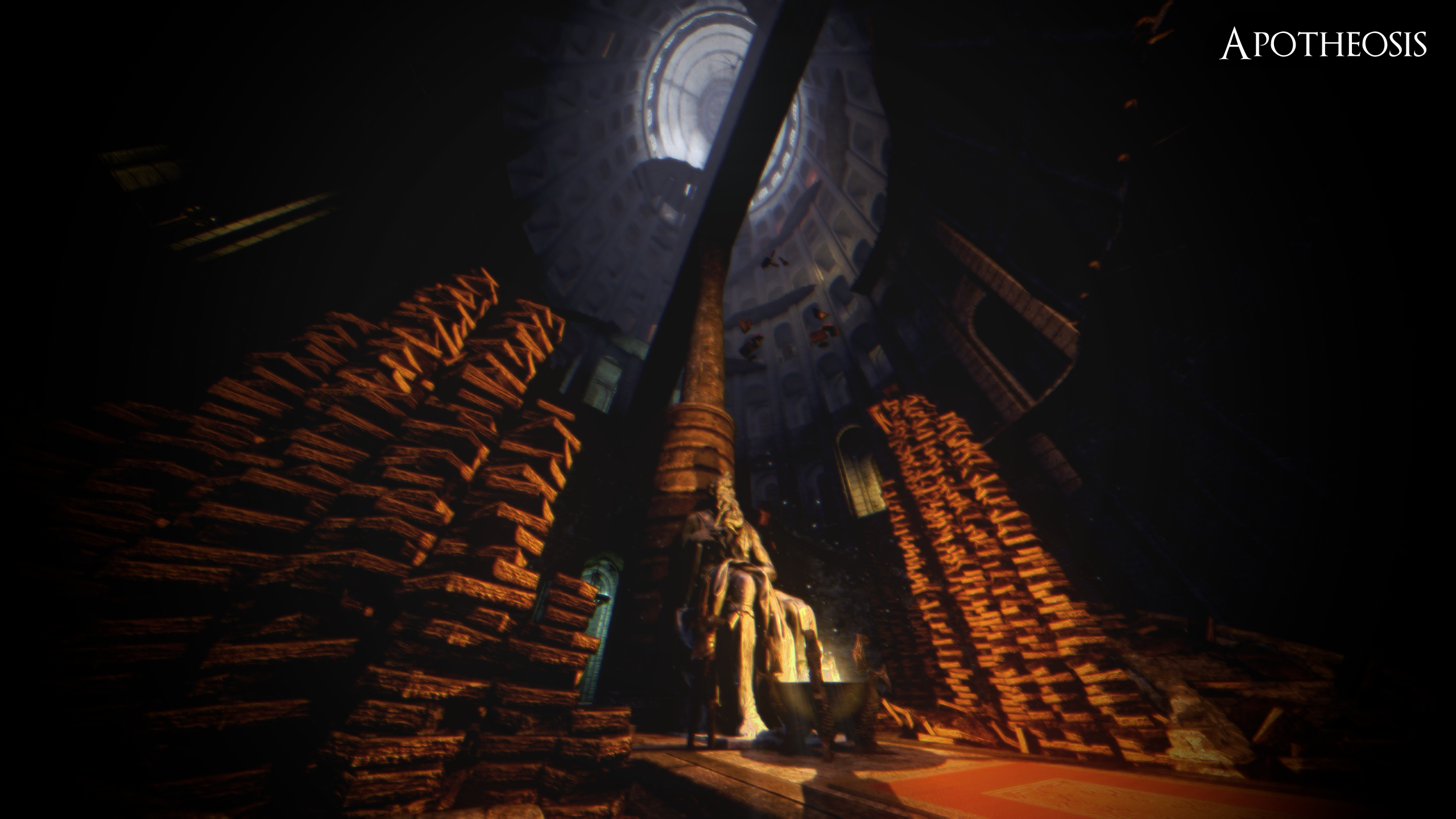 Points of Interest
One of the most important parts of building The Dreamsleeve was covering points-of-interest (POI's). Locations which are both interesting and fun to explore. These are vital for the player to discover at their own pace, and form a primary pillar in Elder Scrolls games. POI's in Apotheosis stretch from dungeons to run down ruins and forts, derelict towns, places of power, Oblivion gates, and more. 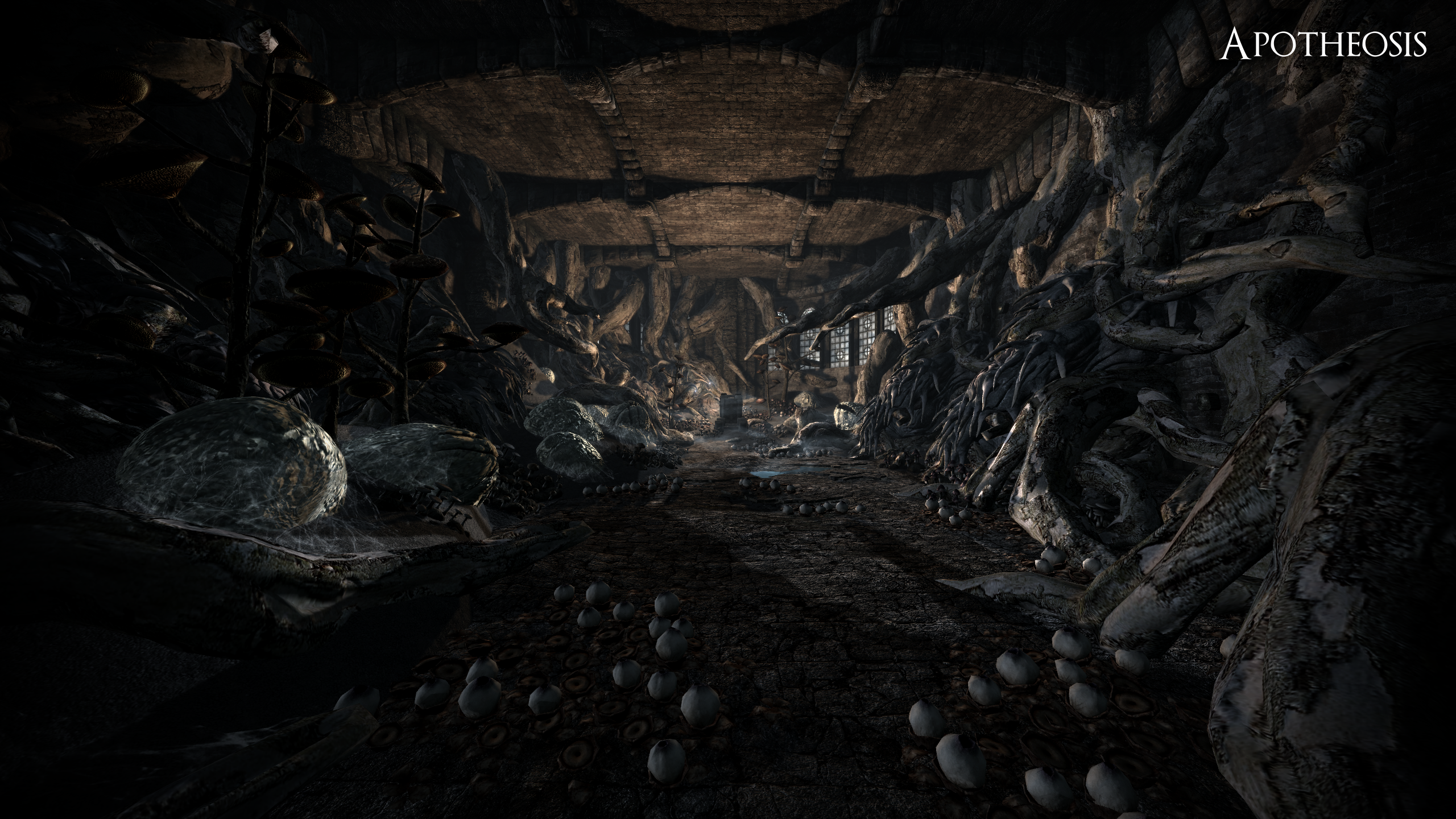 These POI's required a colossal amount of iteration and attention towards level design, hundreds of new architectural pieces, dozens of new creatures, AI navmesh and pathfinding maps, proper lighting, itemization and testing. The Dreamsleeve overworld is almost complete in all aspects. 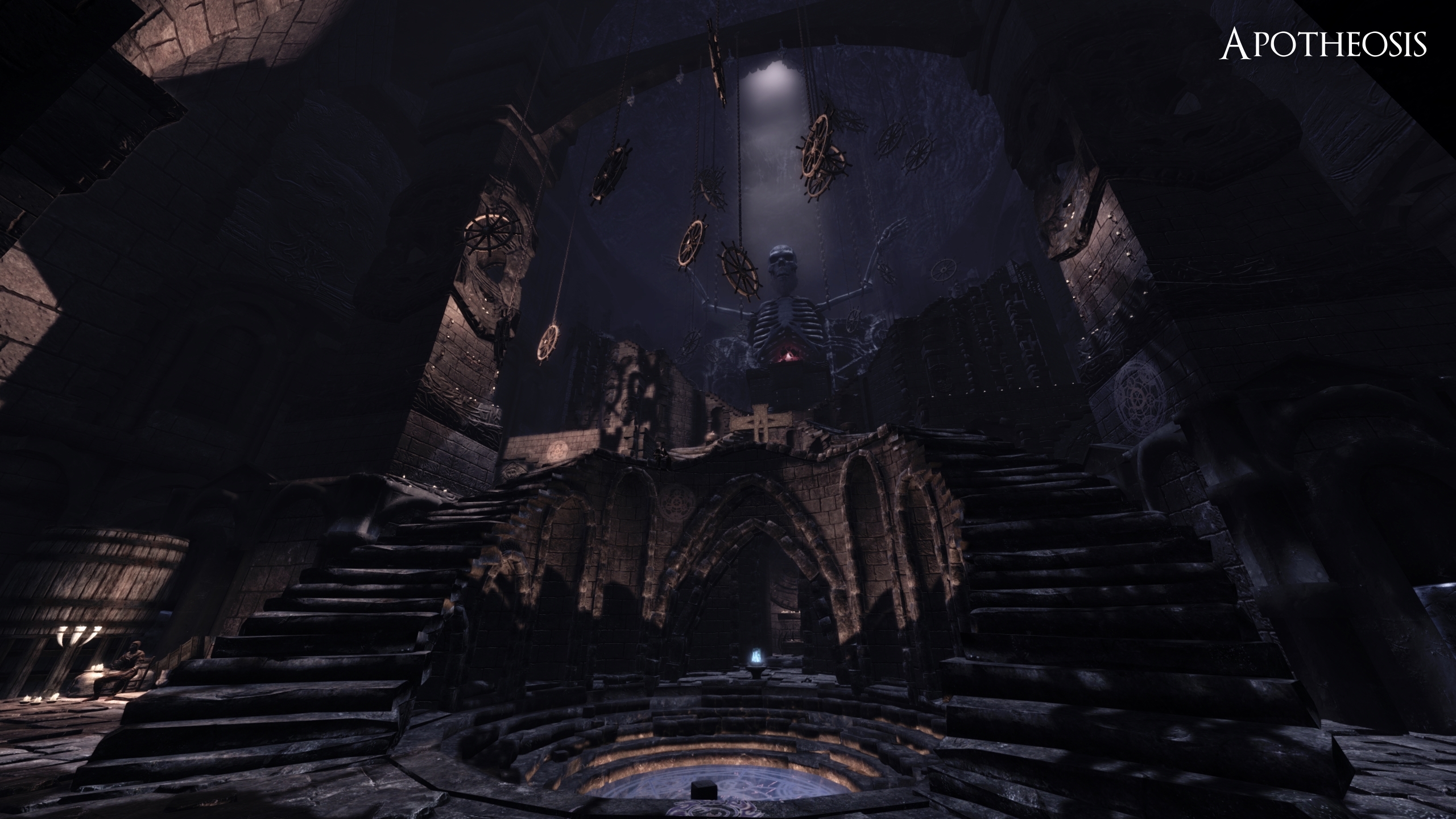 Oblivion
All 17 Daedric Princes are now all represented in one form or another. All 16 Daedric Realms are now fully playable, from start to finish. This covers everything from level design, to custom architecture, creatures, navmesh, etc.

In the last two years, we've completed Peryite's Realm, Fields of Regret (Clavicus Vile), The Scuttling Void (Namira), Sanguine's Realms of Revelry and Vaermina's Quagmire, bringing down the total realms that still need to be completed to 0. 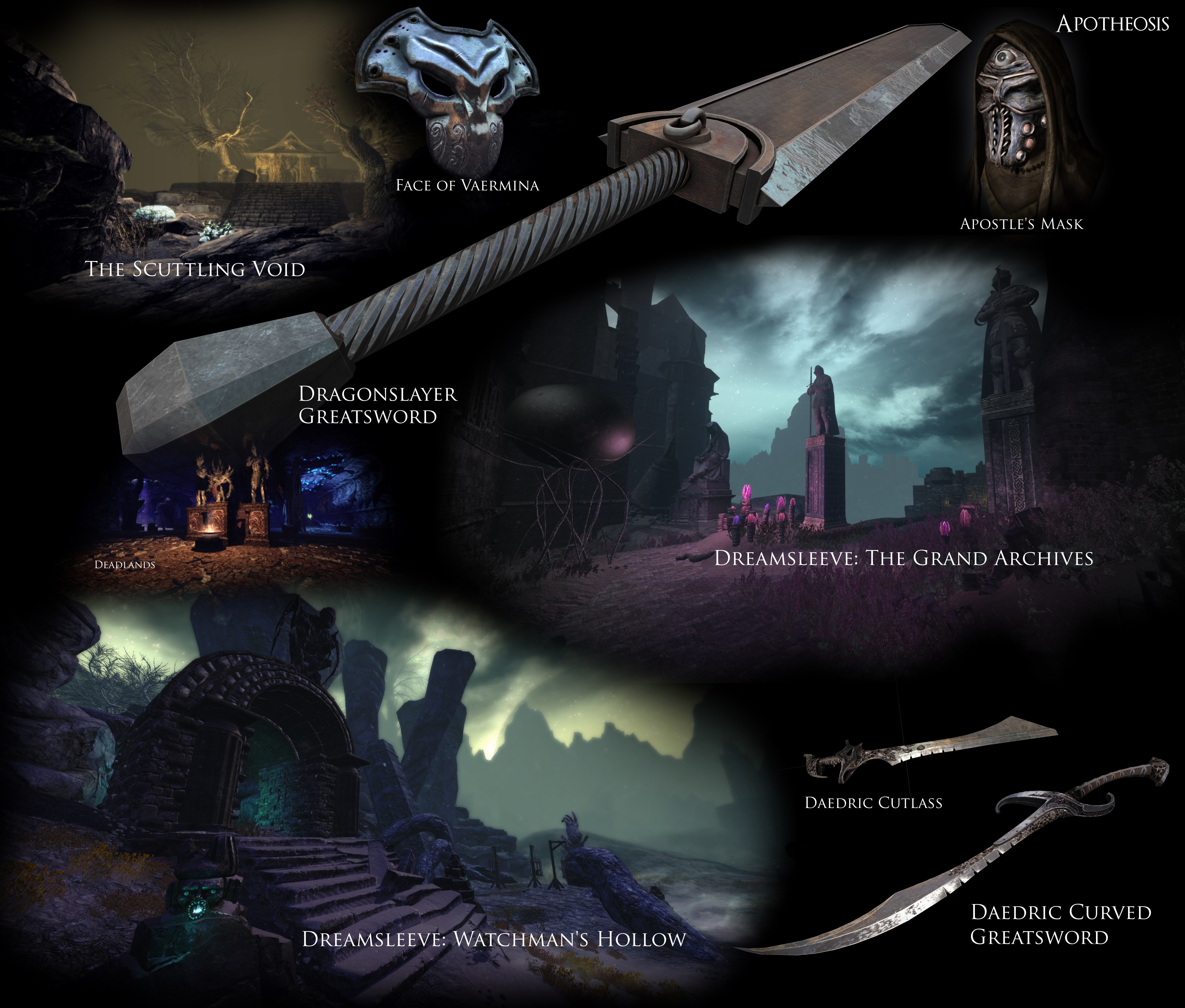 Having almost all level design complete will free us to focus on other aspects of the mod, including community outreach and communication.

Our Discord will have more interstitial updates from now on, as well as this ModDB page, which will have more status updates on a frequent basis. Be sure to follow Apotheosis on Moddb for news and updates, and join our Discord for direct access, sneak previews, and a wonderful little community!

Thank you Dio and all those involved for your hard work. I can't wait to play with this in my load order - it's going to be fantastic!!

Skyrim will never die at this rate

you guys might know that Bethesda released for free the Saints and Seducers assets for the comminity.

Unfortunately its SE only

Well, since you guys are adding Guts Dragonslayer, you might as well do his whole Berserker armor

Can't wait to play! will it have dark souls gameplay? like tk dodge mod etc

Awesome to see updates. I've had this as a tab open in my browser for 2 years so I wouldn't forget about it by the time it came out. It is highly anticipated I look forward to seeing all the hard work. I am also super glad for everyone putting all the time and effort into seeing this mod to fruition