Realms is a project to consider more of the medieval world. Explore new ways to build and wage war in the peaks of the Himalayas, the coast of Peru, the jungles of Southeast Asia, Cilicia, Manchuria, and Europe with nineteen new civilizations:

The biggest gameplay change is that the controversial gold pricetag on the Mandinka villager has been made optional. Players who were thrown off by the fundamental shift and just wanted to use known build orders will now be able to research a technology and revert to a more traditional playstyle, while those who were fond of the unique gameplay the bonus provided are free to ignore that tech. Other bonuses are left unchanged, so the group ruled by Mansa Musa will have a gold-centric economy either way.

Furthermore massed Pesilats will be less overpowering, Viet spies will function a bit better, and many more changes have been made to improve the overall balance. 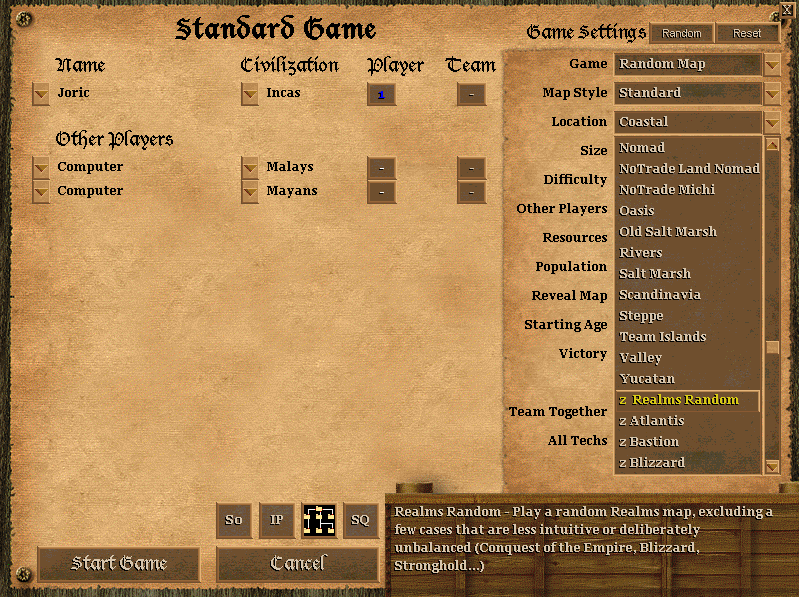 There's also been partial support for independent architecture added: the Spanish, Celts, Byzantines, and Southeast Asian civilizations have been given duplicate building graphics, which will allow players to use custom architecture mods that, for example, change the Spanish buildings while leaving the the Frankish ones untouched. This is made to be compatible with the Independent Architecture mod for the HD edition and WololoKingdoms, so you'll be able use existing collections of architecture sets.

Beyond that, scenario designers will appreciate more tropical birds, an expansion of Realms' large selection of rocks and trees, new heroes, a few units with a fantasy bent, and more. 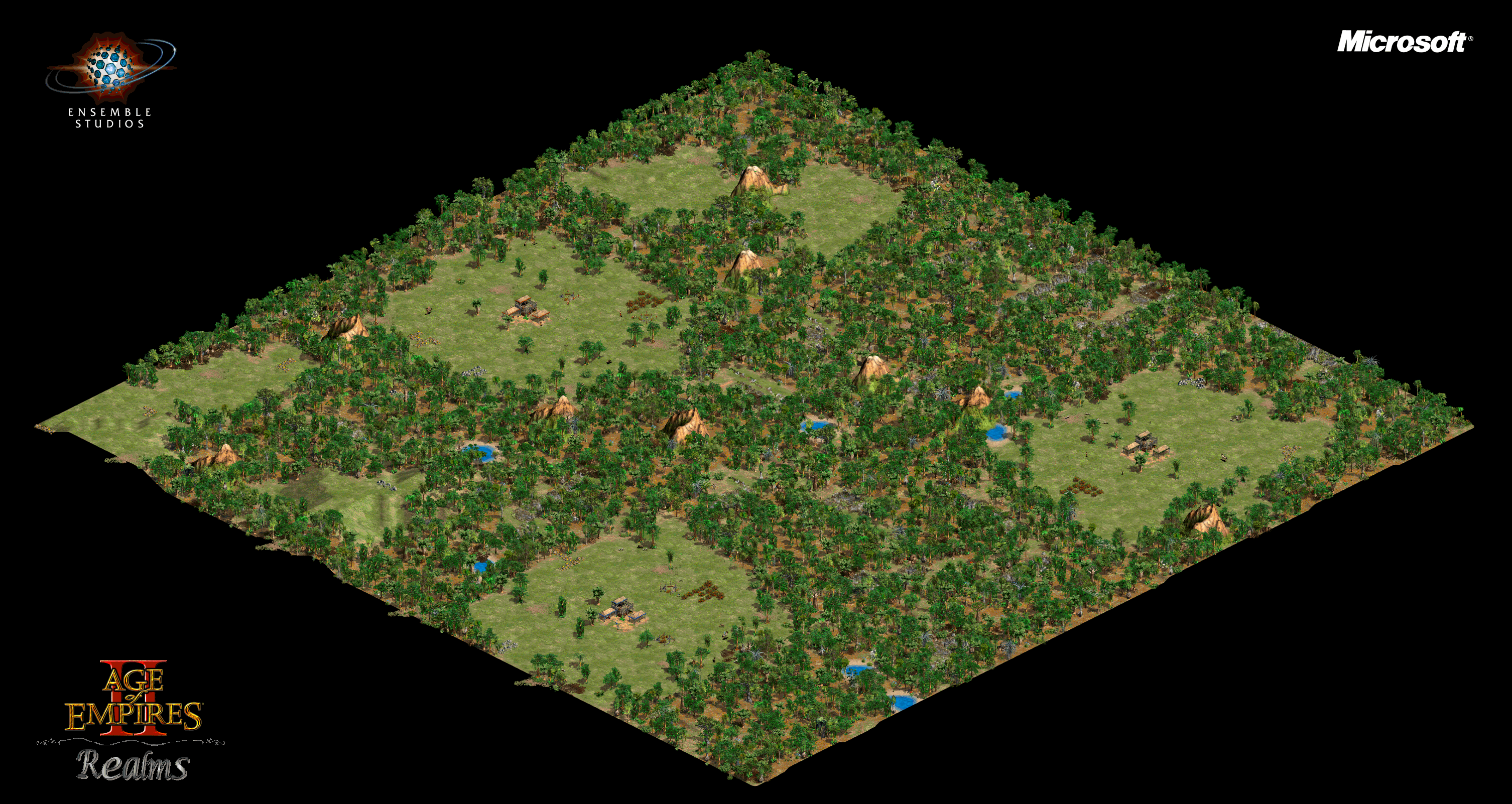 Though the mod has been progressing in a number of ways, there are two areas where I can't do much myself. The first is voices: it's obviously not ideal that Tibetans speak Chinese, but I don't know of any source for old-fashioned Tibetan speech similar to the in-game dialogue. If the lack of correct voices also bothers you and you have a knowledge of a language that should be in Realms and a microphone, please contact me. I'd jump at the chance to not have Farsi-speaking Armenians.

Translation is also something that people have asked about, but I don't personally have the language skills to produce Realms in anything but English. I have taken some steps to simplify the translation process, but it's ultimately going to require some dedicated multilingual fans for any translation work to occur.

A holiday update containing a variety of small improvements

Realms brings the civilization count up to 42, an auspicious number

A new version of Realms is now available, with balance changes, new objects and maps

A new version with an additional team, many balance changes, and content addition.

A set of maps that prevent rushing for predefined periods of time.

I have a problem, I don't see the shortcut of the mod I should do?

There should be a Realms.exe in your age2_x1 folder. Make a shortcut to that manually.

A query: Do the factions have voices?

Some of them do, but there's also a lot of recycling existing voices.

Can you give me some factions of the AoK: Realms that carry voices ... Please?

Bamars, Viets, Khmer, Malays, Mandinkas, and Moors have voices from the corresponding civs in the HD edition. Hindustani and Dravidians both use the Indian voices.

Bohemians, Dutch, and Helvetians have partial voice sets from other sources

Hi.Aoe 2 is good game only for Multiplayer. So if a player want to be pro, he must know everything about it.. Please, Don't add new buildings or civs anymore, because I will not play it. When you add new buildings or civs, The pro players must start from scratch, from zero.. A agree if you only balance the statistics of units.
I play other old game- Rage of Mages. That game is good ONLY for Singleplayer. SO, I will be glad and very happy, if you add new Campaigns, maps and units for this game. Rage of Mages was created at the same time as Age of Empires 2. But Aoe 2 is similar to CHESS. I need to know everything to be good at it.

I can appreciate that viewpoint, though I'm a little curious as to why someone who has it gets started in Realms at all. As it stands, I'm two civilizations away from the maximum the game supports. While I haven't been in any rush to get there, doing so has always been the eventual plan. Hopefully that's not a large enough change to drive you away when in happens.

Tales of Middle-Earth Age of Empires II: The Conquerors