Here at Planetstorm we've been doing boring things. Really boring things. The small, boring things that need to be done to make a whole game come together, like tackling the large backlog of untextured models, bugfixing, testing, cranking up the bar on detail in both mapping and modeling...

Posted by AStepIntoOblivion on Dec 3rd, 2008


Here at Planetstorm we've been doing boring things. Really boring things. The small, boring things that need to be done to make a whole game come together, like tackling the large backlog of untextured models, bugfixing, testing, cranking up the bar on detail in both mapping and modeling. This has taken up most of the dev effort since our last release so I'm afraid we don't have an awful lot of new eye candy because most of the improvement is nuts and bolts stuff.

It's a pain in the ass and there is so much still to do, but we're getting there little by little. The maps you've played are becoming even more pretty and finely tuned, especially the ship interiors which are now heartbreakingly beautiful.

Other things the art department have been toiling over the past few weeks include finally sorting out weapon animations (plus the addition of several new weapons - TBA!) and we have also started work on a new space map - AFF-Darsalaam - a gigantic commercial station complex fit for some truly epic vacfights.

In the code corner, new stuff includes the introduction of "penetration" to our weapon fire - you can now shoot through certain materials based on a dynamic system (neat features on this include projectiles ricocheting if the angle is shallow enough, penetrating multiple surfaces if they are thin enough etc)

We are also pondering long and hard about the best way to introduce Command into the game, both for space and ground - but that's a ways off yet. Next MSUC phase (phase 3) will be in mid-April, so that's probably the next time you'll be able to get your hands on a new Planetstorm build. One of our core goals for phase 3 will be to have a stable, bug-free build capable of being run for long periods on a server, so we're excited about finally getting to kill.. i mean play with you guys :)

Lastly, and not in any way relevant to Planetstorm, our other game - The Second Antarean War - is now ready for beta release, and will be available to download for free from January 11th. just to recap, 2AW is a standalone (not a mod) MMO/RTS hybrid which features epic scale Homeworld-style RTS gameplay in a persistent galaxy. we need people to come and help us break it in interesting ways, so if you need your AFF fix and cant wait for April, go check out the site - Aff2aw.com and sign up for an account. 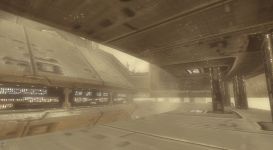 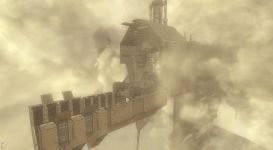 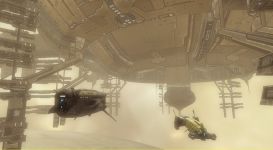 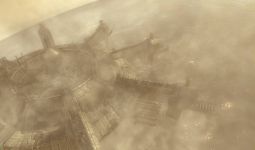 Griphon Interior Maps
(Edit, one of the shots is actually from another ship, the Ranger, which has also been undergoing renovation but hasn't been featured. Sorry for the mistake. :P) 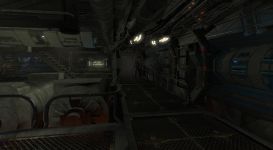 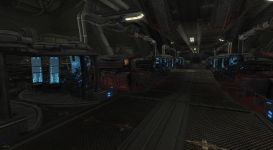 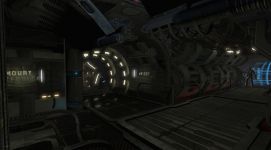 The ULA Aeger SMG and the AIA Salier P4 SMG 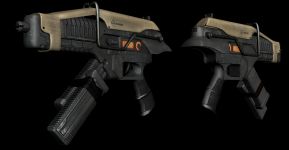 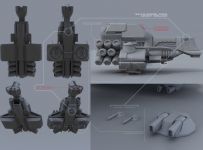 For those who didn't catch the last news, you can download our first release from Moddb. If you have any problems with the installation, you can ask us in the Planetstorm Forums. Make sure to check the readme first.

Common problems encountered can usually be fixed by doing the following:

If you're still having problems, don't hesitate to post and ask us. :)

We're still in need of people. If you like what you see and think you can help, contact us in our site: www.affuniverse.com or ps.aff2aw.com.Thank you. :)

Awesome, great news! When you say you want to introduce Command, does that mean that someone will be acting as the Commander such as in Empires mod for HL2 or Iron Grip: The Oppression/Warlord, playing in RTS mode?

One could only assume thats what it means :)

At first, I didn't think much of this but seeing those screenshots and taking a better look at the mod, It's one I will be watching, it looks fantastic and I can't wait to see some finalization from you guys, keep it up! :)

... I love it! It's so beautiful and the new maps look awesome. Keep up the good work AFF team.

Why is this news post listed under "no related game" if it's a UT3 mod?

Looks great at any rate.

Looking great as usual :D. I'll have to try that other game o yours you got there sometime.

Next year is so far away, cant wait to see and really see and play it.

discuss that bullet penetration a bit more, im likin the sound of it [:
So does damage decrease once the projectile hits someone AFTER hitting a texture? does the projectiles "projected lifespan" shorten dramatically after firing through something?
Whatever im genuinely interested in your code,animation and physics implements and fixes :D

Weird indeed... but according to it, it's related to UT3 and our mod.

I'd love to ki-, I mean PLAY with you guys too... hehehehehe

*hides the 'kill everyone' button where only he can find it* :p

I couldn't find the RTS/FPS you were talking about on your site but I certainly want to give it a try.

When do you expect to release a more stable version?

That's still something being discussed heh. The only clear promise we have is another release by Phase 3. As for the rest, we can only hope the bugs get ironed out faster and assets get finished quicker in order to merit another release. So I'm sorry to say that it's honestly a bit unknown at this time. Though of course, like you, we would love to have another more stable release before Phase3, but it's simply something we can't promise at the moment.

Any relation? is Darsalaam modelled on Brunei (in part), or is this a naming coincidence?

Regardless of this, a fantastic looking mod, well done, quite obviously many long nights and gallons of caffeine.

Most of the placenames in the Angels Fall First universe are modeled after Earth locations, slightly changed after centuries of course, but still recognizable.

I created Darsalaam, and it was actually named after the city of Dar Es Salaam, Tanzania. It's actually a merchant station owned by the Cinnabarans, which are in a way, descendants of mostly middle eastern colonists from Earth.

There is however, another station named after another place closer to Brunei, the Sulawesi Gateway station, of the Polaris Concordat space.

(I'm filipino btw, so both Darussalam and Sulawesi/Celebes are pretty near me, heh)