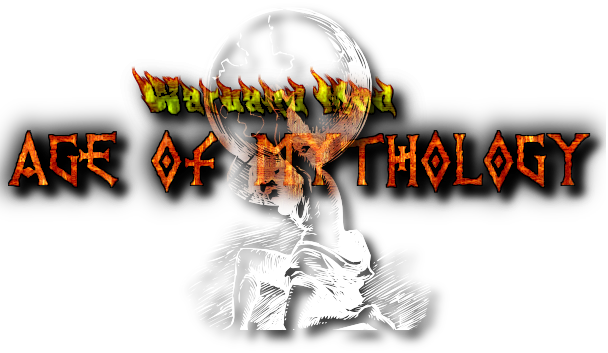 I announce our already-started team's project as a Total Conversion Mod for Warband. We have been making progress in Models so far and especially about different kind of creatures. We are planing to release a beta as first which will feature only 3 Greek Gods and 3 Norse Gods which are Zeus,Poseidon and Hades against Odin, Loki and Thor, Hope we will make great mod just as we wanted and to your desires.

-20 New Heroes with complete overhaul and specialy abilites.
-12 Factions which are Zeus,Poseidon,Hades,Loki,Thor,Odin,Isis,Ra,Set,Kronos,Gaia and Oranos.
-Over 300 New Models with own textures and Bump maps. Some of them only related actually to the game, most of them will be taken from real antique mythology.
-Completely redesigned map for the factions to be in true place.
-Over 10 new Static & Moving map icon.
-New Interior designs with New Prop designs.
-New Musics which will be triggered at special moments.
-Special Events like Battle of Troy, Hunting Medusa with Perseus...
-Dynamic Living World Map with every faction's own custom parties who patrols, sieges, attacks, raids...also count more Neutral and Bandit parties.
-Item Sets; Thats something i am just hoping to put in, for example when you wield Spartan Shield it is going to add you some Strength only when it is wielded.
-Dynamic Town/Castles, some new NPCs like Bards, Beggars, Thiefs.
-Completely newly designed Combat, so when you play this game it wont be like Native. Make your moves very carefully.
-New animations for Attacking, Parrying and so on...
-New Dialogs and Options for many things like Lords.
-New quests which some of them will be custom-made and some of them which is hiding through the MS.
-"Game"'s actual idea is completely redesigned. I mean RTS is going to be deeply decreased and will give you more RPG feeling.
-Unique Artifacts, which some of them you can only have it in inventory, or use it as weapons but main idea to sell them to Merchant with a deep expense.
-While in combat if you kill some Elite Troop or A Lord at least, you are going have extra experience maybe even his weapon.
-Wild Animals and Creatures who scours the world.
-Random Matters in Battlefields.
-New Skills to help you in game and waiting to be improved, also skill system is going to be changed. Now, you will be able to give more points.
-OSP kits to be added.
-New Particle Effects for many things.
-Permanent Wars between gods.
-Overhaul modification to Multiplayer.
-Completely newly driven art, screens and many concept arts.

Everything Every resource in Age of Mythology, including without limitation: Armors, Weapons, Scenes, Props, Icons, Logos, Concept Arts, Codes...etc.
Which were originally produced, designed or licensed for Age of Mythology (with the exception of those designs or original works identified as being from Taleworlds, the OSP or other sources and the Warband and Mount & Blade games themselves, which are the property of Taleworlds) is the sole property of the Age of Mythology team and/or their creators and may not be used for any purposes whatsoever without explicit written permission from the Age of Mythology team and/or their creators.

Please observe copyright laws ask permission before you use something from Age of Mythology in a mod of your own.

Well, it is always saddening to look past old projects, dead. Unfinished. And...they all had started with great passion, although we always make sure to make a release and finish it at some way, we never see them as finished. They are perceived as finished by public opinion as well. Well, we keep learning!

Modding is not a long path that leads to anywhere. But, making games do. Dreamy Folk will make games soon. Stay tuned and join our discord, if you so far enjoyed our projects in Warband!

Come play our latest warband project - World of Noth! A RPG from makers of Sevenheart.

Make sure to join our Discord server!

Hope you enjoy our newest project. It is filled with bugs at the moment, but as they say; start small, make it grow.

As the Dreamy Folk, we released a new really nice project for you all to enjoy.

Alright, lads. Remember us? We were dead and let this mod buried deep within. That is so much of our fault and wish things didn't have to go this way...

We are back as Studio!

Some curiousity that it seems so was on our highs. We decided to cool it down.

Greetings. Join our facebook page and hear some secret project that i am thinking to work on.

There are 14 voices in the pack which reminds the game. Have fun with our choices!

R.I.P Age of Mythology 2011-2016, perhaps one day it will be resurrected resurrected!

Happy to see it back, let's see where it goes

Ahm, we are not working on this project anymore. But, with same team; we are working on a new project called Vyrn and under a new name; Dreamy Folk.

Here is our new project: Moddb.com

Too bad, I was seriously waiting for it. To be honest I preferred this mod than your vrynn project ;_;

Oh so bad :/ sorry for the confusion

Alas this is technically dead but i have a hope that after there mod Vyrn,That they may come back to this.But the world of moddb may never know

this mod sounds so aweasome, please bring back to alive if it is dead :O