Many awesome people in the community have created mods that touched on some form of fantasy in AoE2. Some, have even painstakingly brought specific worlds to life. Recreating some of the greatest fantasy literature ever produced. In scenario or in data mods AoE2hd has given life to Game of Thrones, Lord of the Rings and many, many more...

Well, This isn't that.

But, what this is, is a 31 civilization overhaul of the entire game loosely based on a little bit of all fantasy culture. To create its own Age of Empires fantasy Realm.

Play RPGs? We certainly have a lot of that. Read Forgotten Realms or World of Warcraft? Got a bunch of that too. Do you love Sword and Sorcery movies like Conan or Beastmaster? Cartoons like Avatar? Shows like Game of Thrones? Yup, that's all in here as well.

Whatever your fantastic genre its probably got some reference or inspiration in here.

But one thing this is NOT, is just a re-skin of the game.

So, If you're like some of us, and have played this RTS since the MSN zone, and even built a $3000 computer just to put in hundreds of hours in on a game made in 1999,

And whether you are new to the game or If you have you played AoE since you first started gaming on a computer,

Welp, this Mods for you!

Featured are new farms and new resources. Stone pictured here. Over 90% the regular game assets have been overhauled, to give the mod a truly fantasy feel. With 31 new civs, all new graphics and new gameplay this mod is sure to bring AOE to another world.

Feel free to contact us on steam or discord 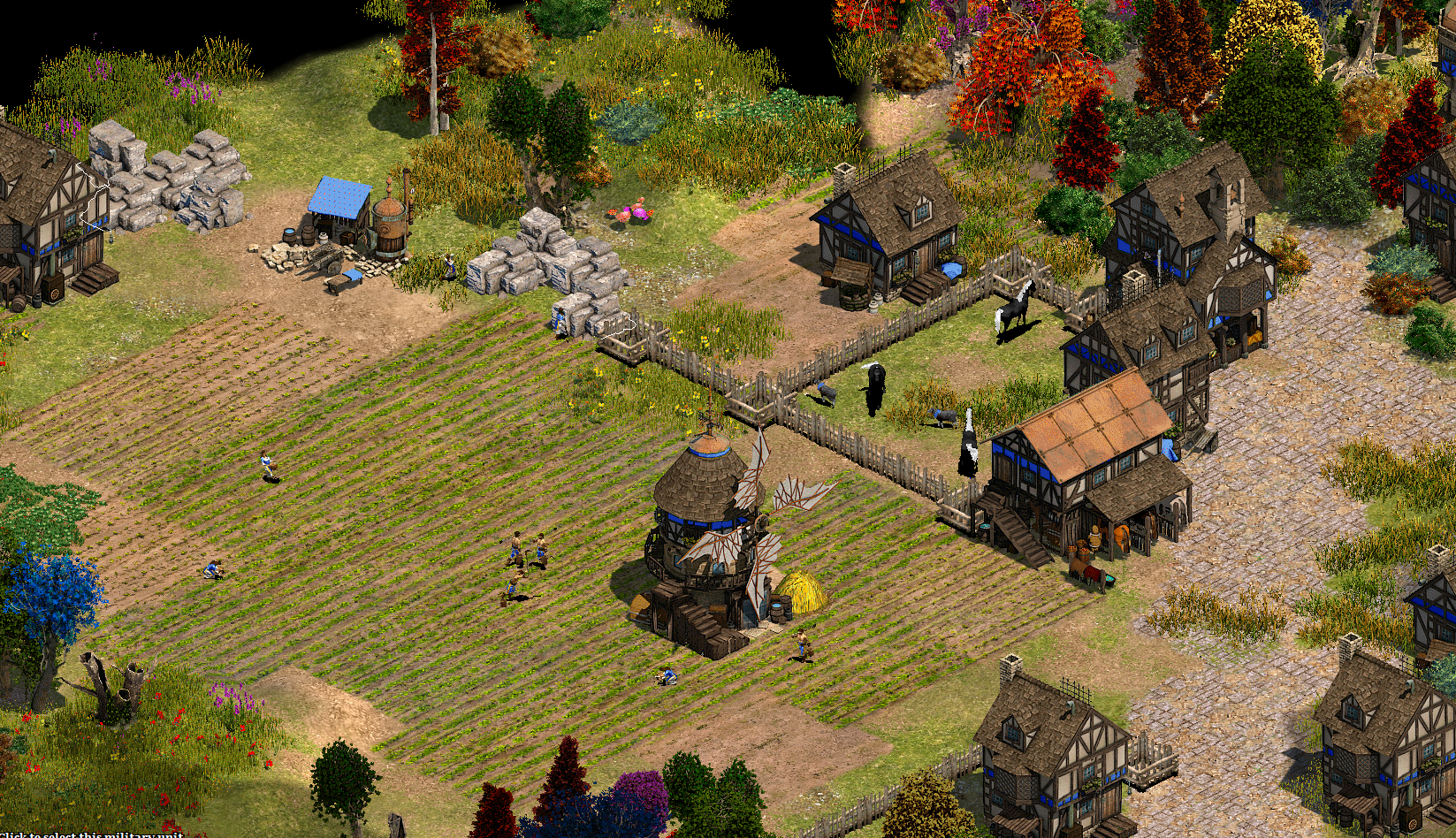 Check out the 31 new civilizations and what they do. New meta strategies including Giants, Dragons, Demons, Wizards and much much more. A whole new balance...

Come inside and see what we have created with new balance and new visuals. Live on HD in 2020.

AOF has completed its new DESERT TERRAIN sets with all new place-able items Trees and other eye candy. This terrain is called the Crimson Sands and is...

Thank you so much Moddb.com

what if I don't have discord? can you upload it here since you made posts here?

I like the idea of ​​these mods, I would have liked there to be a mod based on warhammer fantasy battle with the same races and factions from that universe (including unofficial ones) maps that place us in different parts of the warhammer world from the old world to the new one including the lands of the east and islands, even campaigns like the end of time and some surprises in the scenario editor it would perhaps be a great idea to do a TC of this ... greetings

where to install the mod?

how to install it bruh?