aoc_sorrow, the latest map added to a now stacked release is unveiled.


This Week's Question of the Week: "What is your biggest "must fix" issue with the current public version?" 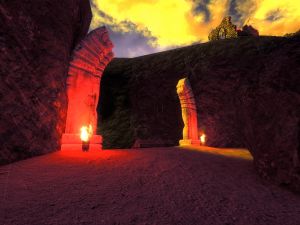 Today we take a look at a new map, one that is a site of sadness and despair for all Agathians. The ruins of a once great castle are now home to the Mason Order in a map known as aoc_sorrow. 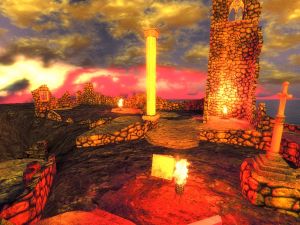 As one of its first actions of rebellion, the Mason Order leveled the castle that used to stand proudly on this outlet, overlooking the main access to the lands from the ocean, the castle formerly stood as a beacon of the strength of the Agathian Knights over the land. 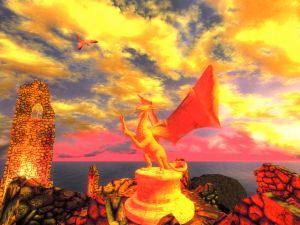 Now, the Mason Order has since inhabited these lands and has constructed a Dragon statue that overlooks the outlet and is a vicious slap in the face to the former owners of these lands. The one who controls this area wields true power in these lands as they also can claim control of the largest river inlet in all of Agatha. It is clear that both sides will be locked in a battle to the desperate end over the glory that awaits the victors of the battlefield in aoc_sorrow. 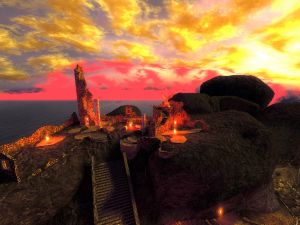 The Agathian Knights arrive on the shore of their former homeland and quickly construct a battering ram, they will push this along until they reach a barricade constructed by the Mason Order, should they take this area, then the Mason Order will be pushed back. Again the Agathians will have to push forward the ram, this time to the gate that protects the inner encampment. 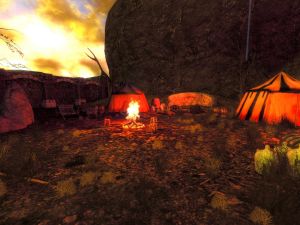 Once they have breached this fortification they will begin their journey up an epic staircase and cliff that will see the defenders with a heavy height advantage and many opportunities to ambush their foes. A side path up the cliff allows for a variety of tactics and is sure to keep the defenders on their toes. Once they reach the top of the cliff they will need to destroy the Dragon statue that sits atop the remaining rubble of the castle. 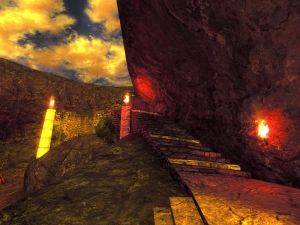 From here all that is left is to carry the Agathian flag that has been brought to the lower encampment up the cliff once again and place it firmly in the ground in the place the dragon once stood, all must know that Agatha truly holds these lands once again. This victory will be a true statement to those men of power who still yet have not joined the war, surely a victory this momentous will bring more men to our cause! 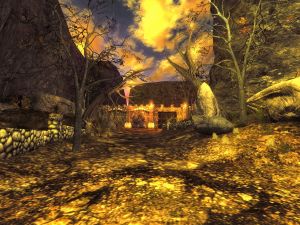 Arguably the most beautiful map to ever be released for Age of Chivalry, Sorrow is a mixture of open epic landscape mixed in with narrow valleys and passages ways and a great lineup of objectives, its no wonder many of our beta testers consider it their favourite upcoming map. 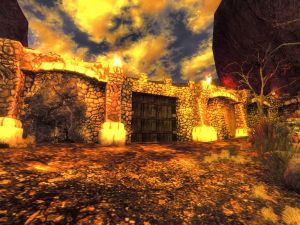 Team Chivalry would like to thank Reeke - A long time forum and community member for designing the majority of the landscape and structures for this map. 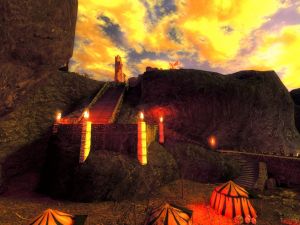 Remember there is still (Just Barely!) enough time for you to vote Age of Chivalry as Mod of the Year!

Nice, remindes me of The Witcher

That map looks horrible the colours are far to bright.

I'd have to agree that there is a little too much color. But I'm willing to give it a chance. If people's eyes start burning then maybe they should tone it down a bit. :P

I believe this was taken in HDR. Pretty sure it's even better without maybe?

I can appreciate anything that breaks the "desaturated / bland/ NEXT GEN" style gears of war is pushing , but this honestly looks loopy.

its too bright. If you are trying to simulate a Sunrise, then its a little bit darker. it would be hard to sneak-attack here. let alone "snipe" they see you and bam.

Wow! Reminds me of the curse. Awesome