RSS Age of Chivalry CR2 Update Due in June!

A large update to the popular first person online medieval combat game Age of Chivalry is planned to release in late June!

The latest update to the first person online medieval combat game Age of Chivalry brings the player into a new, immersive battlefield experience where he must rely on reflexes, tactics and teamwork to survive. As a direct result from fan feedback to a poll run during the media releases for last update, this update to the game will introduce a new movement system that will redefine the tactics and actions players make on the battlefield and forces players to think critically about how to approach each opponent. Players will see this movement system come into play during combat situations and it will allow for much more fluid and reflex oriented exchanges of combat that will promote players standing toe to toe and facing off against each other in a whirlwind of steel that will decide the victor. 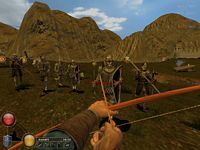 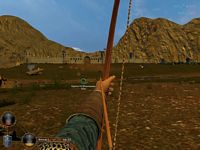 The main focus in this update has been on the core combat system, players will immediately notice the faster pace and the incredible smoothness of combat and combat transitions in which they will be able to quickly and violently dispatch of any who stand against them. Hundreds of hours of work has gone into fine tuning the animations timing and the code supporting the combat system and now strikes, parries, blocks and evasion maneuvers all come together in a way that makes the combat feel smooth and shreds the former “clunky-ness” of old. The adjustments to the combat system also include enhanced pushback that will enable players to make use of the reach of their weapons to the fullest extent, many have likened the experience to boxing, in that the fighter with the longer reach attempts to keep distance and push his opponent away with every massive strike while the shorter reach weapons force players to try to work their way inside and deliver furious blows to their opponent from close range. Never before has parrying, blocking and evasion played so important a role in combat, players that previously had success mindlessly attacking will find themselves outmatched against a clever and more tactical fighter that uses his entire combat arsenal to his advantage. Archers fear not, for you have also gained a most valuable tool in this latest installment, projectiles will now have “stopping power” and successful shots will slow your opponent momentarily allowing you more time to punish him from afar! 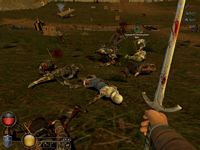 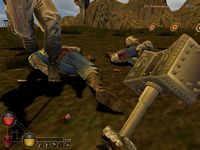 Your first taste of battle in Age of Chivalry, Toe-to-Toe may yield some surprises to you, as your enemy blows now slam into the screen and cloud your vision in your own blood, striking fear into men that only the most determined can subdue. Should you be so unfortunate as to fall in battle you shall see the last moments of your life through your own eyes as the battle rages on around you. The new first person death cam allows players to experience crushing defeat as they are slain and then helpless to watch themselves crumple to the ground or thrashed and sprawled down a hill. Now each model has its own personal hand models and you can feel the weight of your armour as a knight thrusting your sword into your lightly armoured foe, or feel the crispness of handling a bow with sleek leather guards and bare hands. The new first person hand models add to the experience by giving each character more personality. 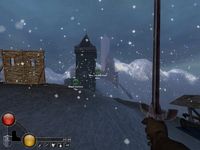 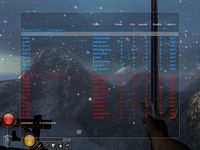 Players in Age of Chivalry, Toe-to-Toe will not only have new combat experiences to deal with but also they will fight on battlefields much altered. Whether it be the new destructible darkforest, the cold and bitter harshness of siege, the violent distance closing changes of theshore, the tactical and push advances of overlook and firecrag, or the new frozen plains of galadan, one thing is for sure, players will be happy to find all of our maps not only having gameflow restructured but also the visual improvements including full HDR support* and many brand new models that allow players to truly feel connected to their battlefield and gaming experience. New map ambiance is sure to have more than a few players jump in alarm when they are called for dinner, as they snap back into reality and realize they are not truly on the fields of battle**. Battlefields are no longer simply environments upon which you happen to encounter the enemy but now become important strongholds as players are forced to fight over the objectives to attain true glory. Completing and defending objectives will now give players huge bonus points that will lead them to the top of the scoreboard. Learn and master your battlefield navigation skills with Age of Chivalry’s new “objective indicator” system bringing your overall understanding of the game to a new level. With the new hovering objective markers that tell you the location, distance and method of achieving the current objective(s) players will have a much easier time navigating the battlefield and engaging in combat in unique environmental situations and massive numbers. 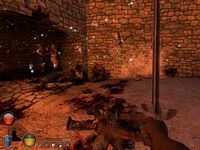 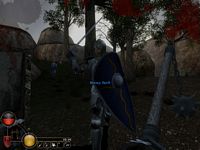 No point in crushing all your enemies without attaining any glory you say? Well how about over 300 new Statistics to be displayed on the steam community that will allow you to track your progress, playtime, K-D Ratio and more as you grow and develop your skills. Additionally display your badges of honour with 25 new achievements added in this release that will delight players who are up for a challenge. Had an epic ingame experience, wondering if it was your best round yet? With our new “Records system” (similar to TF2) you will be informed everytime you break a new record for that life, be it total kills in a round, most damage, most assists, longest life, most points etc. We even throw you a bone and show you when you came pretty close too, just to rub it in that you’re not quite good enough. And for the players who like a custom experience, we have now also included an aoc options menu that will enable you to adjust specific game options such as whether you’d like to enable sticky projectiles, the gore level and other performance or preference options (disabling the mini-map etc.). 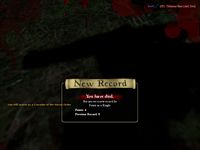 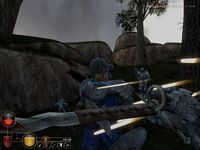 See the devastation you inflict on your foes as you shatter their heads into nothing more than chunks of bloody mess, feel the rush of combat as brutal medieval weaponry slams into your screen and staggers you backwards, hear the hiss of arrows pelting the air and pin-cushioning your allies around you, smell the odor of your own sweat as the intensity of battle keeps you on the edge of your seat and taste glorious victory as your team triumphs over the enemy in an epic bloodbath. No solider shall make it out of this war unscathed, but perhaps if your will is strong enough and your heart brave enough, you shall make a name for yourself with a glorious death. Go warrior, slay the enemy and carve your name into the heavens, this is the Age of Chivalry and you are about to go TOE TO TOE! 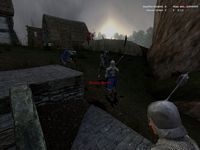 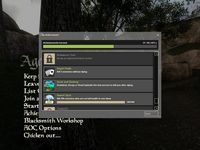 This intense update to the game is set to release in late June, we'll keep you posted as we get closer to release day!

-----------------
* Excludes battleground and galadan
** No responsibility will be taken by Team Chivalry to ensure or monitor the safety of those around a player who is unable to realize he or she has left the battlefield after exiting the game.

This game is evolving into an amazingly addictive experience, I can't wait to play the new version!

Ok, the biggest complaint I ever had was the clunky feel to AoC. Sweet ******* jesus you fixed that! I'm almost jizzing myself in antici....pation.

Nice, looking forward to... every part of this update actually!

Egh, going to have learn the new melee system all over again :/
But I guess that's half the fun

"Archers fear not, for you have also gained a most valuable tool in this latest installment, projectiles will now have “stopping power” and successful shots will slow your opponent momentarily allowing you more time to punish him from afar!"
Awwww cmon! Thats NOT FUNNY.
Range classes ARE unbalanced ALREADY.
They're the main reason why I left AOC.
I hope you done something to fix them. Or at least gave us an option to have melee only battles(tip! tip!)

To be fair, players on the servers I frequent tend not to abuse the range advantage, and most players go for melee.

I can see why it would cause problems for competetive servers, though. :(

As for the concerns about the archer's stopping power, i should perhaps clarify...

When struck by any weapon you will be slowed for a short period of time as you recover from the blow, this feature actually works both ways, it will allow accurate archers more time to punish their foes from afar but it will also allow melee characters to stay on top of and punish a fleeing foe. In addition, all the melee weapons are more effective than they were before because they swing considerably faster, and more warriors will be using shields in this version without a doubt... Also firepots are much more useful in this version, longbowmen will drain stamina while holding the arrow back so they can't shotgun as well and damages and speeds have all been adjusted so its not as though we have just dropped "Archers with stopping power" into the build your used to playing, believe me when i say, its a totally different experience

Changelog please. I don't want to read all that PR-speak.

A changelog will be provided with the news that the official release has occurred and the game is available to players.

This is how games are supposed to be. Awesome piled on top of awesome by continued updates.

Sounds pretty damn cool, the chunky combat was always the thing that stopped me from really feeling immersed.