A World Of Warriors

In the million years this earth exists there have been countless civilizations, the biggest of them all have one thing in common: Their warriors.
This mod brings you the 7 biggest civilizations earth has known, and puts them on on world map.
A world of skillfull and highly trained samurai, beheading enemies with swift strikes and grace.
A world of disciplined and organized roman lines, quickly stabbing a way trough flesh, bone and all that lies behind.
A world of great medieval knights, wearing advanced pieces of armor and wielding the famous European greatswords.
A world of sand and dust, egyptian warriors, ridding on their camels, obeying their faraos.
A ancient and hidden world only known by inca's, and other indian tribes, masters in herbs, poison and ambushes, only led by their giantic elephants.
A world of water, of vikings longboats, long splitten axes and barbarian tribes.
And a world for you to expore, a world of warriors.

Hey all, we're back with a second article. If you read the previous one you'll know that we covered the katana and the combat system that came with it. However for today we'll be covering two more weapons. Read on!

Firstly, we're going to take a look at the nodachi (lit. great sword). First developed in the 1300s, the nodachi is a longer katana and is more or less a giant katana. Being long and broad, it was not a weapon for the ordinary soldier and sapped one's strength and stamina when used. Hence the nodachi was used in an aggressive stance, as shown below.

The nodachi uses the default swings with the exception of 7 and 8 (upperhead and lower swing). There is also a nodachi school in the works -the third technique of which is the Tamiya-ryu technique.

“The double cutting nodachi”: In this technique a double slash is performed. The double cut lands a normal hit and follows up with another cut which deals less damage but is harder to block.

“The deadly strike”: This is the final and strongest technique which kills an enemy in a single blow, even those in full armour. This technique is usually employed when an enemy is tired and so this technique serves as the coup de grace. The technique itself exists of three parts: a left feint, a right feint, and finally a powerful blow from overhead.

Moving on, we'd like to tell you about the naginata and its use. As you can see the naginata is wielded with two hands and in such a way that enables the user to direct the offensive end towards anywhere with speed and precision. In terms of speed and range values, we have the following: 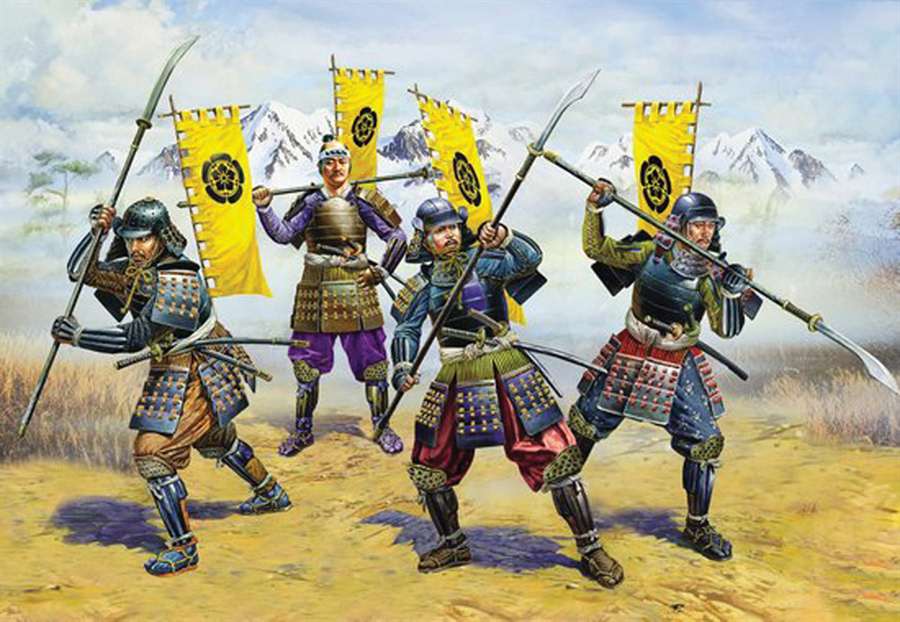 Finally, we have the yari. Below you'll see the passive and combat stances/animations. 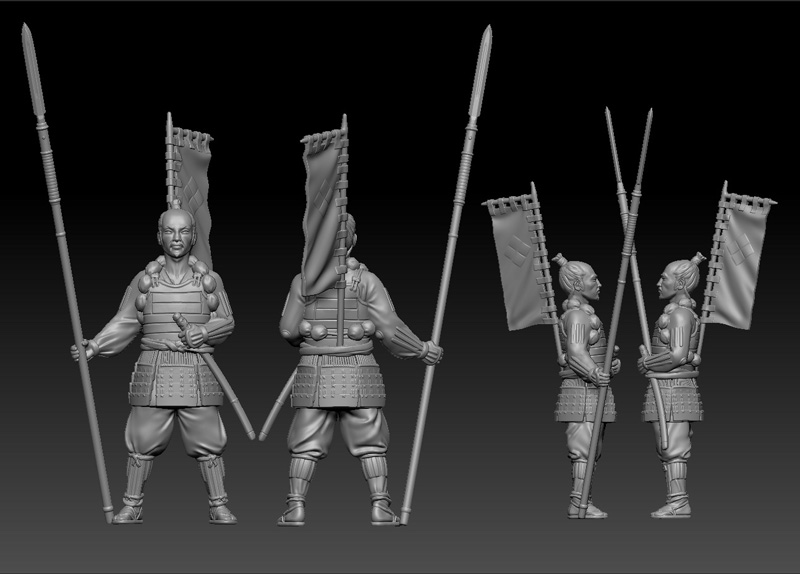 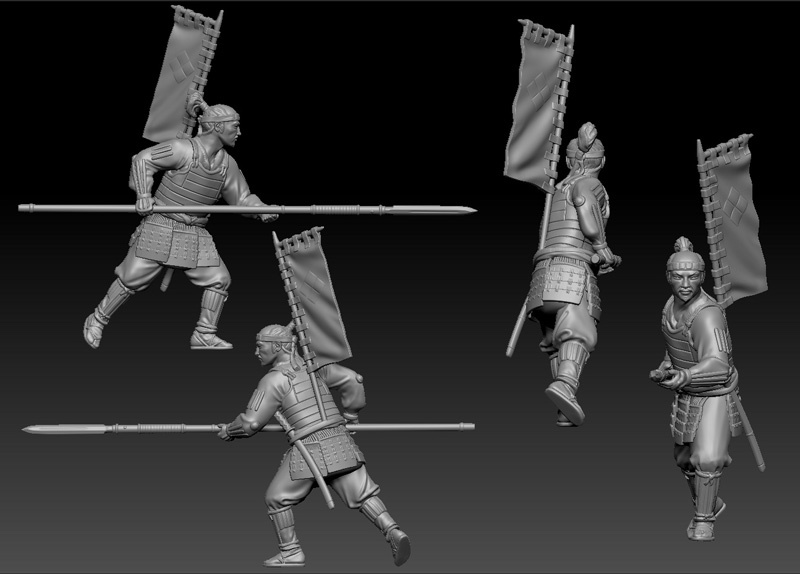 For now there is only one striking option (a thrust) and one blocking option, which is to push aside. In the words of Godarcher: "you simply cant block a yari while you are a yari, to be honest you can’t block at all when you are a yari. A katana, wakizashi, nodachi, or naginata can block a stab by sliding it away, needing good timing."

Both the naginata and yari are constructed partly out of wood, which means there is a slight chance of them being able to break. If struck at least 7 times on 1 of the 2 points on the weapon, it will shatter. This means there are 2 points/capacities of 7 points. Every block causes either point to gain 1 point, and if it reaches 7 the weapon will break.

Moving on, the minimum speed to deal reasonable damage is set at 1. However there is a 33% decrease in damage when on the move. For the naginata, there is a 1.2x bonus when dealing damage to cloth armours.

That being said, we hope you enjoyed our preview of the weapons. Keep tuned for the next article!

Scenes of veagir and nord!

The towns of the aggresive vikings can be yours now you just need to dowload them it is the same with the cold mongol towns. (mongol as in the mongols...

Are you guys alive?

do you know Incas didnt have elephants? But still it seems great mod

cant wait for this mod ive been wanting something like this

This mod needs at least one nomadic kingdom or Turkic kingdom.

WHAT ABOUT NINJAS VERSUS ROMAN LEGIONARIES! I'M TWELVE AND I HAVE NEVER OPENED A BOOK!

Duh, why do you think the Roman Empire actually fell? It was actually Ninjas, but nobody saw them do it.

Then Chivalry - Deadliest Warrior is the game you are looking for my fellow dear.

Single, Multiplayer & Co-Op
Tags
Embed Buttons
Link to A World Of Warriors by selecting a button and using the embed code provided more...