Hey all! Time for a new update to get you guys excited for the mod :) Don't worry we may not have many updates, but we are working slowly.

Hey! Its been a while since the last update, so we got some news for you.

As you know, school has started for most of us. And mod progress has been reduced a little bit due to that, however we are still trucking along. We have put a decent sized dent in our model list regarding units. And we are still waiting on getting them all skinned and rigged.

And as a taste of that, we are going to give you a little peak at one of our units :) 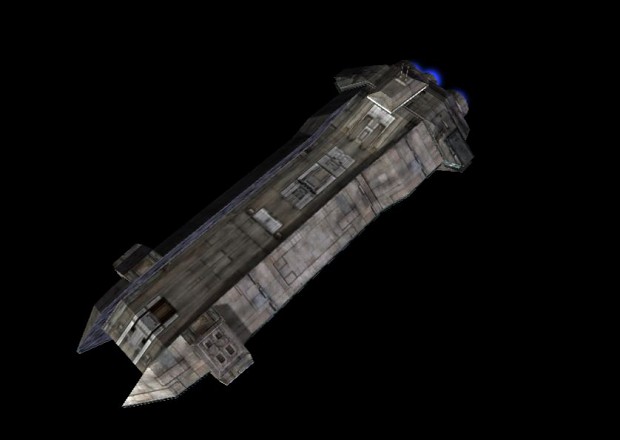 This is the Trade Federation Cruiser. It is seen in Star Wars: Jedi Starfighter. It appeared on the level where you had to defend a cannon being built on Lok's moon. The model was made by Holybeast and textures are by Mobius13.

I kind of feel bad that I am mainly focusing on CIS units, and not Republic ones at the moment. Sorry Republic fans! You'll get to see some Clones and Acclamators in action soon enough ;)

Anyways, I believe that is it for now. Sorry it wasn't much. However, I want YOU, yes YOU, to vote on something. The design of the Munificent. Would you like it to look like: 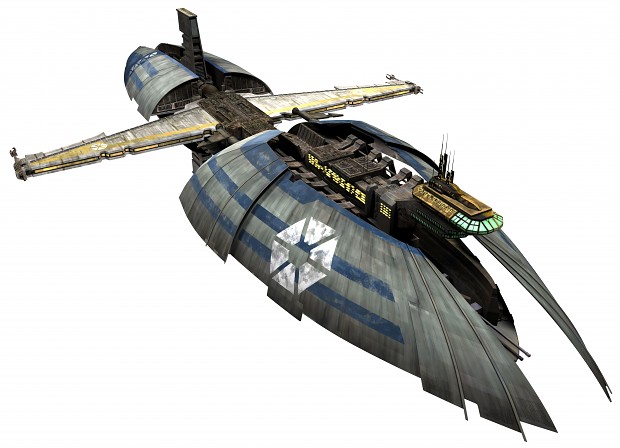 The choice is yours! Enjoy!

clone wars style i like the blue and gray

EP3! Everyone is doing the blue and grey.

EP3...something different for a change.

Anything but Fiolini's CW style

i prefer episode 3 because it loooks cooler. i like the clone wars but everything from the cis is blue. like the droids are programmed to be a little faggy

Hey!! thanks for that *loads cannon*

BTW EP3 is better for changing up the textures but I have to say it will stand out.

Oh blast I'm not to good with the Clone Wars. If I had to make a suggestion though I'd say draw elements from both. You could have the dorsal side be Clone Wars like and the front side of the hull where the armor plates slide out could be Revenge of the Sith-like. I remember Revenge of the Sith took place in the last month of the war so maybe that version would be like an upgraded version, and I only seen season 1 and 2 of the Clone Wars but it looked like it was in the beginning of the war so maybe the blue-er verse could be a weaker version for the early half of the war.

I would say go for the Ep 3 design. It looks more menacing and authentic.

do something unique and do ep.3

Glad to see you guys are moving along with the mod! As far as the Munificent goes, I have to agree with the masses that Ep. 3 does look a bit better than the CW. I'm very anxious to see how it turns out!

Darker, why not make the ep3 one an upgrade of the CW one, make it more powerful and slightly more expensive and available at a higher tech level?

Well, it won't be canonical that way :/ I know I am enforcing canon everywhere, but I would like to make this mod unique in its own way. The rest of the team does too. So, it would be better to leave the EP3 version in. Unless they say the TCW version is a variant, then that is different.

I like the EPIII design, but I like the color of the CW Version. Use the whole design of EPIII, but don't give it the Brownish color, use the Grayish-Blue of the CW, just keep the logo design of the EPIII version.

Pirates will be a minor faction (duh. lol) And they will be only using units from that specific Pirate group.