Volition - Geo Technology!
The only First Person shooter where your weapons can truly destroy the world geometry live. 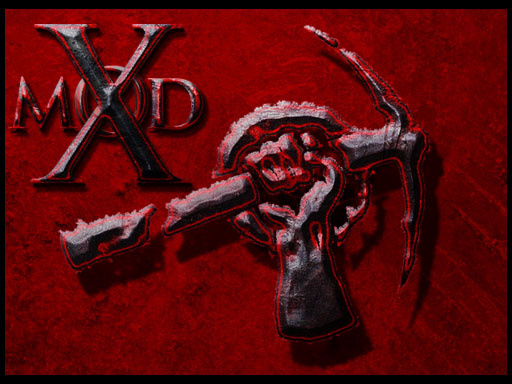 Red Faction - Xmod is a focused tweaking mod that attempt to improve the Gameplay in all way possible.

Xmod bring many new facets to Red Faction, it contain advance trigger systems and some technical tricks that no other mod had done before… 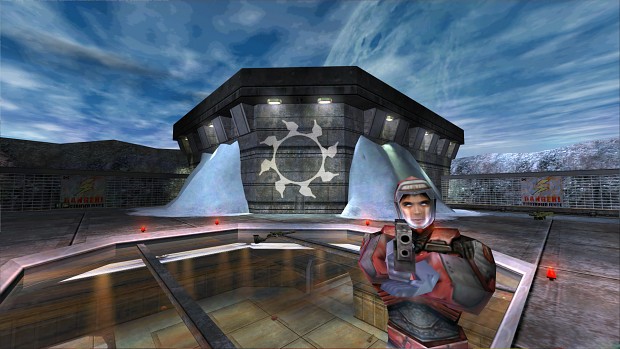 First, the 'Combat Suit' let you know you have it with a pickup sound and "CS Hud Icon". It max your armor to 100, when in active mode, the 'CS' will let you fly & control gravity to throw 'Grenade', 'C4', 'Rocket', 'Nuke' and 'Napalm' farther, and if you want to, timing the deactivation to reach a enemy behind cover. A looping sound let you notice the 'CS' power is on and if death happen another sound will let everyone know 'CS' pickup is available again. This system version is Late-Join Player synchro compatible.

Also Bigger models are easier to aim & balanced with there toughness. In RF, each model in multiplayer has the same life as 'miner1' that cannot be change, but I find an alternative way by changing the DMG ratio on "collision sphere".

All weapons are less accurate with there own piercing power and efficacy range. That's mean the player have a GoOd reason to switch gun, use alternate fire or simply hold fire until the distance to is target is in better range. Because, the reticle is bigger and used as a guide only, players also need to take more time to perform precise shot in distance and at the same time save ammo. Traction are change to reduce the movement acceleration to increase tactic near obstacles. To kill an opponent the player will need to play better than him more than before, no "Easy hazard kill" and 100% accurate Hit Box! =) With original RF settings, Parker model can be hit between legs, each side of the head (count as a Head shot) and half upper head doesn't receive DMG (all Client Players in Server).

Thanks to visit my Red Faction mod & Join the Community!

As foreseen, Xmod released as a small gift to Red Faction community for Christmas 2006. A decade later, the Launch of Xmod beta v2.0 with the First Official Event:

If you are Motivated Miners, you're Welcome to do the Complete Marathon with me, in theses 3 Phases!

Xmod Server will continue the "10 Years Marathon - Part 1" Maps Rotation for 1 Week, until the Next Event.

During this period, Players will be able to Vote there Favorites Maps & Modes played to build the Community Month Maps Rotation of November. A Poll Link will be send the day after to various Xmod Community Hubs.

Each Saturday's of October, theses 4 Parts of the Marathon will have a Different Maps Sequence, divided in 3 main Phases with the same planned 9 RF Maps, 1 Replay Players Vote, Start & End with Xmod Lounge. Plus Optional Brakes & Extra FreePlay of 1 Hours.

All Xmod Official Events will be Recorded, Uploaded and Community Video Added to Playlist in my YouTube Channel. Here's for the occasion, for the birthday of the PC Release - September 17, 2001

Twitch - get the Desktop App
User Friendly and Compatible with Windows XP which many RF players still use, the Community will share a Lounge and 1 in-game Global "Party" Voice channels. Your Welcome to Join & Test now!

Have a Nice Week All & See you in-game,
Vhyrüs / Morgoth - Steam Profile

The mod is not available for now;

How i get this mod downloaded?