Placing an emphasis on using the crossbow in a world loosely inspired by Fallout 3, 99 Bolts plunges you into an irradiated sniper mission.

99 Bolts yields its first maps to the public. These maps will not be included in the game...indeed, these maps will never be worked on again. Read on to find out why.

99 Bolts yields it's first maps to the public today, in the form of a playtest. You can explore the much-touted wasteland and descend into a zombie-ridden series of chambers, thus allowing you to re-enact the videos on this site. I hope you have fun!! 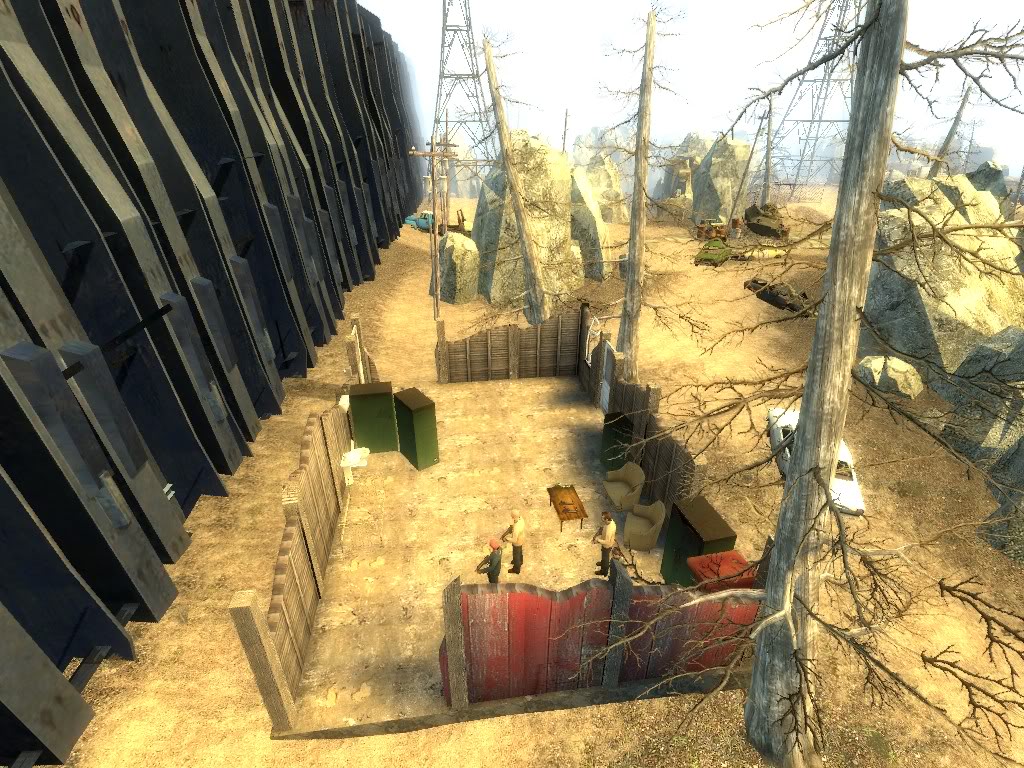 Like I told you during my August update, I've pretty much stopped working on these two maps. They are simply put together poorly. Many of you will find small optimization errors and some of you may even find them unbearably poor. To try and fix the optimization in these two maps would mean dismantling the maps and starting over. So that's just what I plan to do. 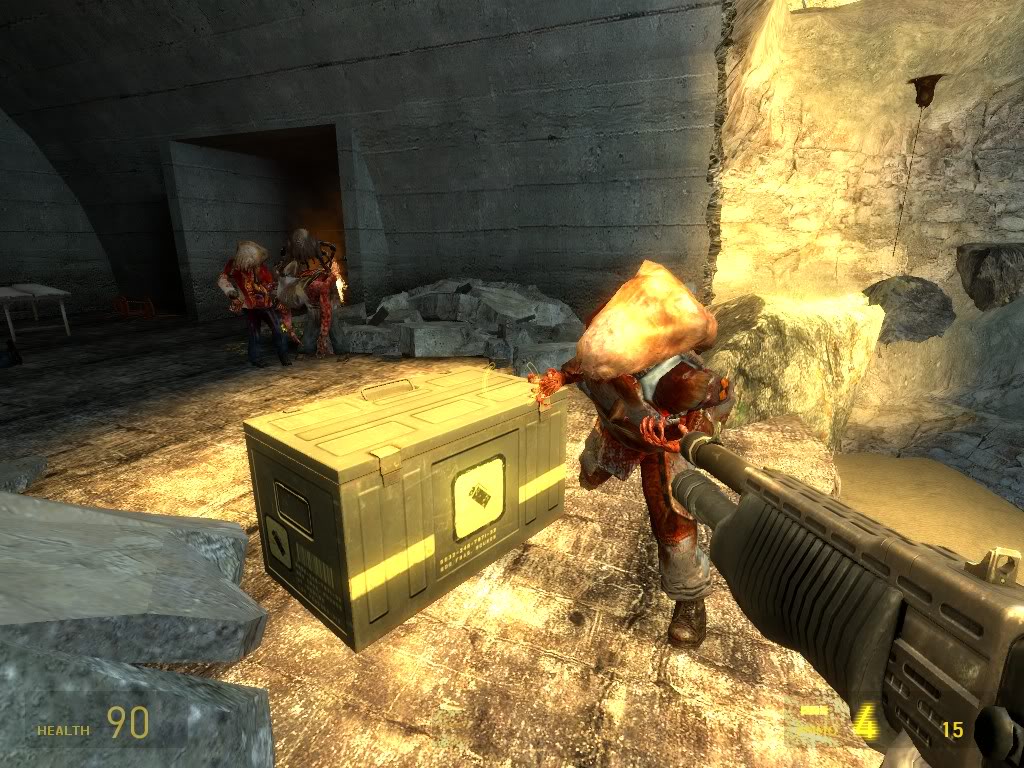 I'm offering these two maps to the public because I can still learn a great deal from these maps. You people can download the maps, play through them, and tell me how the gameplay went. Did you get lost? Did you have fun? Did you run out of crossbow bolts? Did you find a bunch of secret chambers? Did you get frustrated? Those are the kinds of questions I pose to you after you play.

I warn you, though...these are unfinished maps. They will be UGLY in some places. Very ugly. I concede to that and welcome all your suggestions. Think of this as my August Ugly Update, if you will. :) I submit them just as I left them, the only inclusion being some text-based monologues for story-and-direction sake. I'm asking you to tell me about the gameplay. The aesthetics will come in time, and I feel confident that I will please you all when I get to the real art pass. 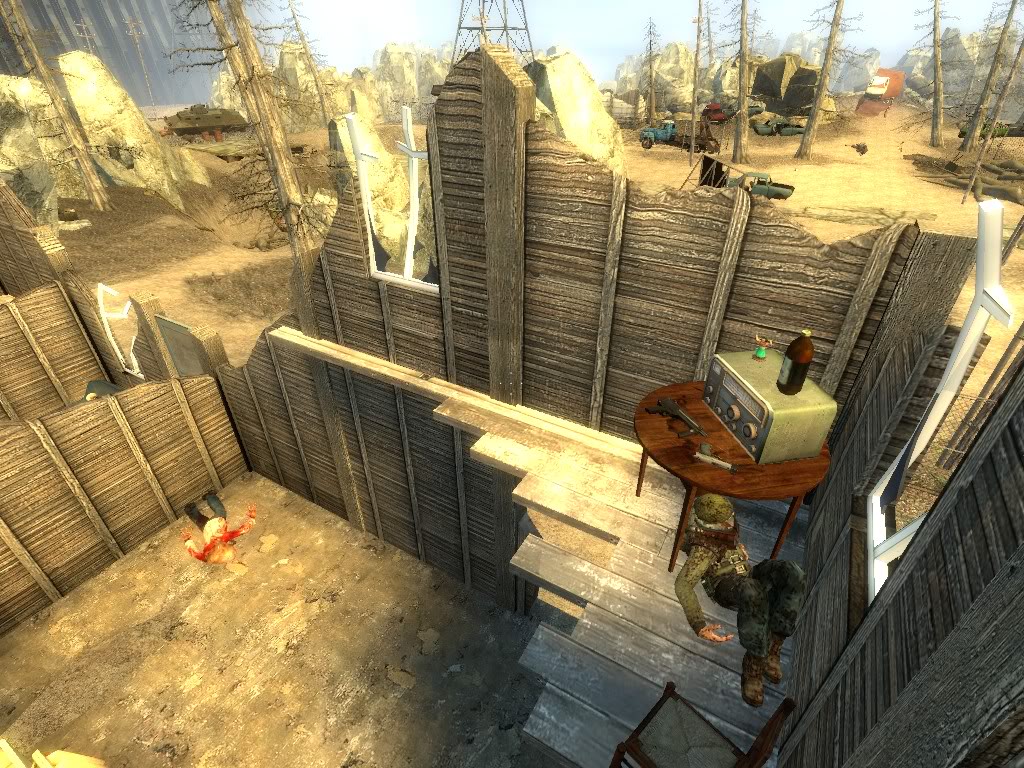 So I give you these links to gamefront.com in the hopes that you find my unofficial "demo" a decent submission. Have fun, and thank you for watching 99 Bolts.

In order to play, you need to download four files. There's two .bsp files and two .ain files. Place the .bsp files in your Episode 2 "maps" folder, and place the .ain files in your "maps/graphs" folder. Once you have the files in the right spots, you can run the first map from the Episode 2 console by typing "map 99b_x".

thank you. It really nabbed a Fallout feel to it. Congratz though. Only think was I did get slightly disoriented

Pros:
1.) You really nailed the look of Fallout. Needs some more clutter/junk tossed around but I'm sure that's one of the last things you will add to the maps. 2.) Had zero problems with the maps (optimization-wise). Ran smooth 3.) Liked the quest type gameplay to move forward.
Cons:
1.) Combine soldiers were in 100% grenade tossing mode and it got annoying fast. Might try to cut back the frequency of three or more grenades being tossed simultaneously at the player 2.) Availability of ammo. I know this is post apocalyptic world but all dead combine should drop ammo even if it's small amounts. 3.)Wooden Ladder at the beginning of the second map could only be climbed by pressing jump repeated. Bug? 4.) Combat in the tunnels seemed uninspired and I got bored. Wave after wave seemed really redundant and I couldn't find amount fast enough. Got attacked continuously from behind. I think it needed more lighting esp near the bathrooms/beds. Burning fire barrels is a start. 5.) Crowbar should have been first weapon found. A blunt style weapon is the first thing a person would grab in a destroyed world.

thanks for the input, i especially value your tunnel map input. combat uninspired, i can certainly see that. i had doubts about the zombies. every game has "that" zombie level. i'll see what i can do to spice things up a bit in the re-build.

Hey everybody, more comments and playthroughs are welcome!!

There was too much combat. I can say that but I say that to every mod. There are too many enemies to fight.

Maps looks nice. It's a little hard to find where to go but I like the style.

I'm so excited to see this in game, I"ll be leaving positive feedback in the near future ;D