Please click the "Features" above to see more features... 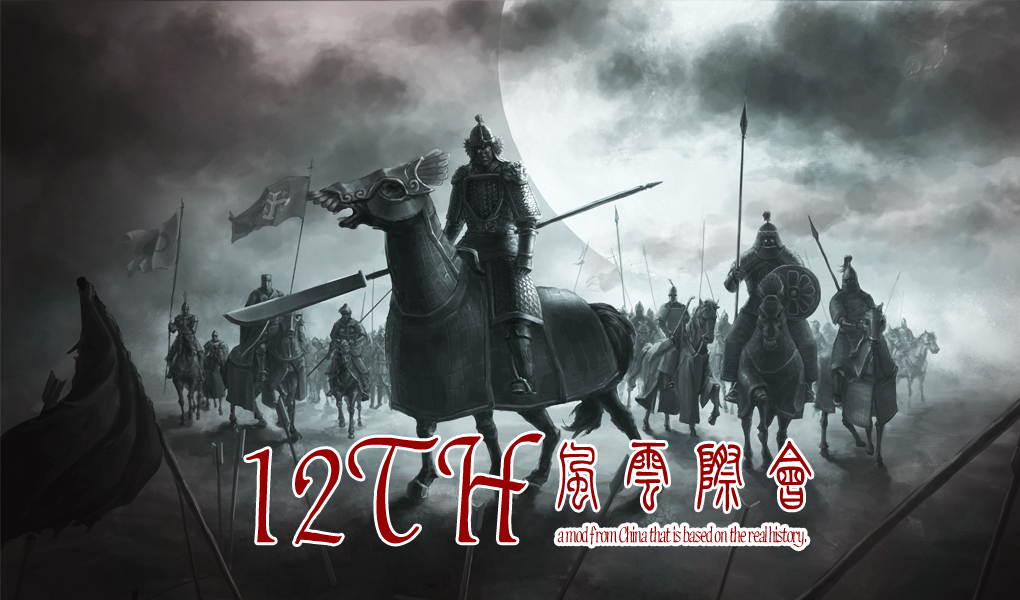 After the dark age of 5 centuries, nations in western Europe stepped onto their road of expansions, while the Mid East, controlled by the Islamic civilization was the first target. The Crusades, launched by Pope Urban II in the end of 1095, occupied Jerusalem, the Holy City, in 1099, and established the Kingdom of Jerusalem. The advanced civilization of the Mid East began to influence and finally changed the western world.
In the mean time, the Arab world was experiencing a twinge. The once unified Empire was divided, due to the sectarian differences, into two major forces: The Sunni Abbasid Caliphate in Iraq, Syria, Iran, etc., and the Shiites Fatimid State in the whole north-east Africa and Palestine region, taking Egypt as its center. The endless wars between warlords in the late Abbasid Caliphate seriously damaged the strength of the Fertile Crescent, which facilitated the invasion of Seljuk Turks.
Once Malik Shah, the Seljuk Sultan was assassinated in 1092, the Seljuk Empire had fallen into deep chaos, with forces of different origins battling with all possible means, which turned the once unified dynasty into a world of endless warlordisms.
Egypt, after a 7-year-long drought, was also in a rapid decline: the Imperial Guards mutinied from time to time, and the battles between the Caliphs and their Chancellors deteriorated day by day. All sides were asking for the support from powers beyond their bounders, which leads to the decline of the credit of both the Fatimid royal family and the government, and the final abandonment by the people.
To the north, the Byzantium Empire had just walked away from the astonishing defeat of Manzikert and the relevant chaos. The nation was unified, yet the Anatolia that were occupied by the Seljuk was far beyond the Empire's ability. The Emperor wrote for assistance from the west, yet refusing to comply with the orders from the Byzantium Empire, those Catholic soldiers took Jerusalem instead, and proclaimed themselves king. Meanwhile, the more northern nation of Hungary continuously nibbled away its northern territory. The future of this empire was still in a mist.
In the east, the Jurchen's uprising broke the balance that last for more than one hundred years. The Liao Dynasty of Khitan was wiped out, with only one force struggled to survival as Xi Liao and moving to west, which later on swept the mid Asia to be the regional power.

Song Dynasty finally stabilized its power in South China after almost half of the land were taken by the Jurchen, which leads to a long war of attrition. Strange enough, the Jurchen established its own dynasty by learning from rivals like Song and Liao, and start its own age. Xixia Dynasty, locating in Hetao, survived by subtle diplomatic operations, struggling for its maintenance. Xi Liao had vibrated Seljuk's foundation in mid Asia as Khwarasmian nobles clung to it. The thing that Xi Liao didn't know is that the allegiance of Khwarasmian represents only a long wait, a wait for an opportunity to the rise.
A boy named Yesukai was born in the grassland of east Asia. Not single one would know, his heir would be the conqueror of the world.

The first version of this mod includes 12 different nations:

More nations would be gradually added in the following versions.

Many thanks to ：
Modules from 血與剛's Song Dynasty 3.0
Codes of some functions from RUBIK
The big map and some scene editing from 肄風
Some helps from 唐風書吏
Some advice from 2雷, a departed member
Scene and some some scene editing from 風雲三國
Helps from 蟲叔
Modules for Jin's helmet with mask from M大
Some advice from 破六狐
3 weapons from 羽凡's weapons package of Song.
Black iron blade from G武器作者
Map contribution from 唐某寅
Sound effect on big map provided by EMCY ( Bbs.mountblade.com.cn ... 2685&extra=page=1)
Some sound effects are taken from games of 英雄殺、三國殺 and the cartoon of Romance of Three Kingdoms

Please contact for adjustments if your name is missing on the Thank You list.
Please note that anyone or any team outside our friendly Team shall not use any non-OSP products without the permission of our team. Please contact the original creator for OSP products.

Some mod features of this mod... Please new players should read this...

Latest full version 12TH has not stopped updating, but the speed is relatively slow now. We have updated some more beautiful legendary equipment, new...

This is the full version of 12TH mod V1.0, with low quality textures.

This is the full version of 12TH mod V1.0, with high quality textures.

Will Kingdom of Goryeo(Korean Peninsula) be added to this mod soon?

Is Japan one of the factions in this mod?

Hello there interweb-stranger, Is the 1.2.4 version a optional patch for the 12th 1.1.11 HD Full MOD version or is it a completed yet separate file. I tried English translate but I'm not so sure, it would seem that one does not have the full global map perhaps? If I may ask which one is the definitive version? I just downloaded both versions and pasted the 1.2.4 version on the Full Mod version you mentioned

Isn’t that in Russian

it's in english too

I played the English version, and I have to say the map is huge although a little empty in some places. I started in Byzantine region and gathered some of the companions. The rest are in the far east and I think I need to gain more levels before attempting to make the voyage. Keep an eye on the daily tips that appear on the left, they have very nice info about the features of the mod (I won't give spoilers) and the Guild Masters are not standing, they are walking around the city accompanied by some…