I wanted to make computer games since I've been twelve and played Civ I, Monkey Island I and other PC games.

Today I work at a bigger Casual MMO company as a developer. But I also love doing artwork and game design.

I've released a couple of games on my own on Android so far.

Not finding too much time and endlessly tired, I still managed to do some small progress in Pocket Defender today, the game I've been working on for so long: It's now possible to play the easy mode through, means, there's an end in the game's level. Here's a proof: 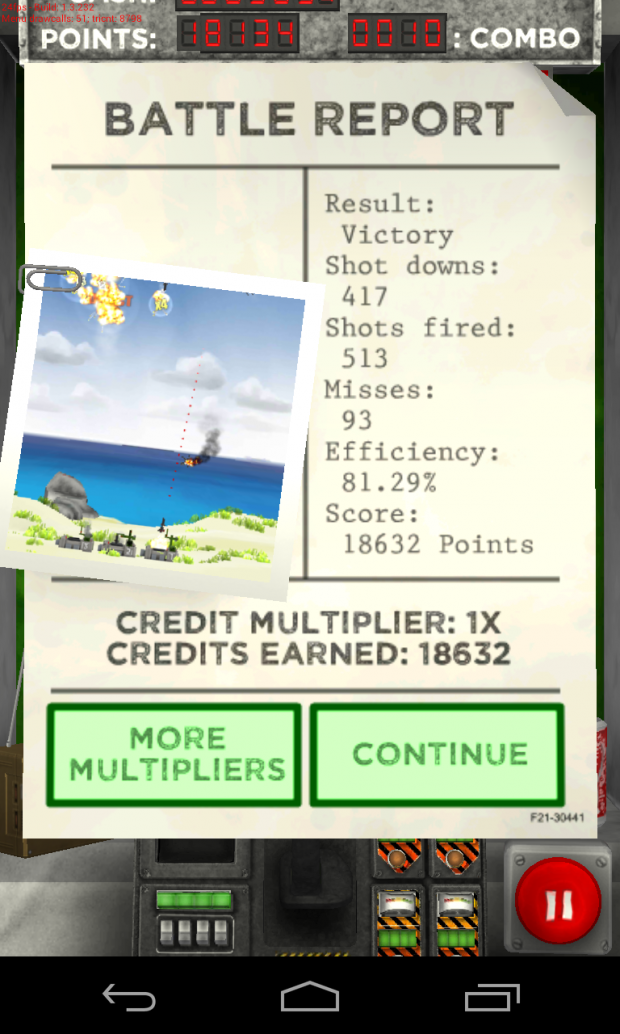 Previous screenshots with that mission report had only a "defeat" message, now it's victory. It probably needs some more information though... and I want to add the social media sharing possibility to the photo that shows a situation of the played session. The algorithm that decides which picture should be taken also deserves some more attention. But, only one step per time.

Meanwhile I am thinking about releasing this game into the wild. If you think you want to play it, despite a couple of glitches all over the place, bad performance and UX issues, let me know!

Released Triple Touch 0.8 and made a game play video

It will be cool, really.