Please have a browse through my website 'TheLozzasMods' for Grand Theft Auto San Andreas and Fallout New Vegas mods.

Credits to David.M.E for finding links and created translations for some of these great mods!

SMRTER Pripyat - This mod trys to focus on keeping as much of the vanilla game as possible however completely re-doing the weapons, items, stashes and armors system. Overall I must say this mod really suits the lore of the game as the new items have properties and descriptions that a real to the zone. Nothing is OP, everything is balanced, Mercs are prepared for radiation, but not prepared for the anomalies.

INSTALL IN THIS ORDER!

SMRTER Base mod Main Mod
Weapons Addon LITE - Weapons addon
Weapons Addon patch - forgotten files (some files were forgotten in the addon causing CTDs)
Options pack - options pack v2
Fixes Weapons and Items Descriptions fix
If you like AF3, here is a merge patch that can be used, however read the readme for steps on how to install it without causing crashing because of the other mod fixes/addons. Download
--------------

Swartz Mod - Completly re-visits the game by adding almost a hundred new weapons including the beloved
G3A3, a quite rare gun as it is not seen in many mods. But the most notable part is the overhauled radiation system, there is radiation in almost anything based on its real life properties. Radiation doesn't drain your health, but deffects functions and causes screen blur and shake.
Misery - Call of Pripyat at its most miserable and deadly time, surviving Chernobyl just got a whole lot harder.
Complete with new weapons, AI, Aid and best of all, its Realistic Combat component.
Armory Mod - Adds many new armors to the game, they really fit the concept of STALKER, notably due to the
gas masks.
Particle Paradise - Completely overhauls and adds more amazing quality effects to the game. Must have for
High-End PCs!
[Upcoming]
SMRTER Pripyat - There is no way to describe how good this mod is going to be, new locations included
'Metro' and many Build 1937 maps like Dead City, hundreds of new weapons, new mutants, new economy and
so much more. Have a read up and check out the screenshots, its worth it.
Variation Mod - Adds 270 new npc models that really fit that lore of the game.

Modpack 1.4 - The very best conversion mod for Clear Sky I've played, pretty much a less stressful misery. New sound, textures, weapons, armor, scripts and much more (You don't lose your reputation with Clear Sky when you leave the swamps!). Many of the assets were taken from Misery with permissions. I highely suggest you try it out once you have finished the vanilla game.
Modpack 1.4 Main
-----------------------
3GB RAM - Works with every Xrengine.exe
Alpha Clear Sky Stalkers - Adds great new clear sky npc models.
Clear Sky new camo - Must have for a more natural STALKER look.
European STALKERS - New texture for mercs.
ACUPAT Mercs - New natural looking texture for mercs. 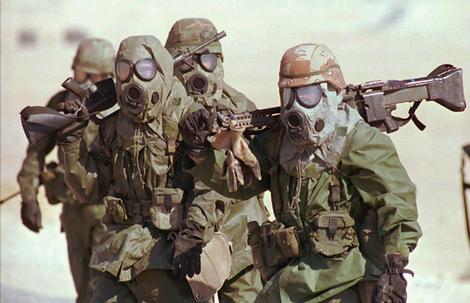 ^US Soldiers serving in the Gulf War^
-TheLozza

Deadly anomalies, dangerous mutants, anarchists and bandits... Non of them will stop Duty on its triumphant march towards saving the planet! and its citizens...

Stalkers of the Zone

Welcome all S.T.A.L.K.E.R. fans to the ModDB/IndieDB Stalker fan group. Share your stories, videos, and photos from your travels in the zone. Good hunting...

The Private Military Contractors of the Zone. The are unpredictible and mostly hostile and incredibly versitile. However, their only drawback is that...

MISERY or AMK? I've already played MISERY and loved it but is AMK going to overshadow it?

Sorry for the couple month late reply haha!
I'd go with AMK, infact, I'd go with Dave's Devolution mod. Which is a modified version of AMK. You'll never want to uninstall it, there's just so much things to do.

Hello, For the Way in Pripyat mod you should put the link to the weapons fix by OCedmytoaster. It makes a big difference. You should try it.

Y u no add my CoP mod into the list :( im under-appreciated xD

Sorry but what is your mod, I'll try it out right now! ;)

Ahahah, I've used that before! Its amazing, too bad my graphics card has almsot melted making effects lag.

What's your specs? :O I might make a lite version :)