A fan of space-related sci-fi stuff, especially RTS games. A BIG fan of Stargate (all of it), Homeworld, Star Wars EaW + AddOn and Battlefront I+II(Just these games, not the whole lore...), Command&Conquer in total (especially Generals:ZeroHour), Magic the Gathering TCG, Transformers and lots and lots of mangas. Ah, yeah, and I'm just plain crazy, that's all. XD Oh, I'm german by the way...the name's just a pseudonym... 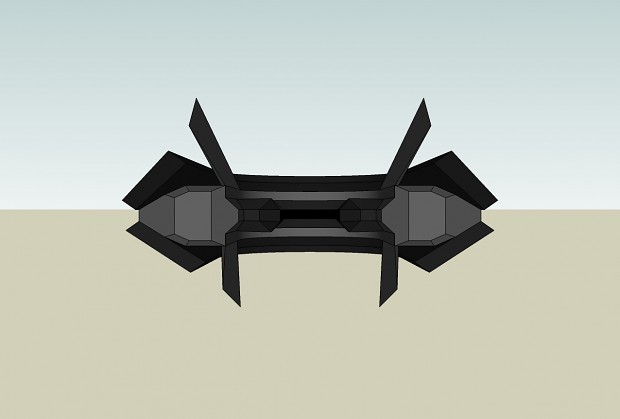 A concept of a frigate based on Bentusi technology and the design of their Tradeships.

Story explanation for Hiigarans builing it:
Since the Bentusi helped the Hiigarans in the developement of Ion and Pulsar technologies, the Hiigarans also had blueprints of Bentusi drive and support systems. A few years back Kiith S'jet got their hands on those blueprints and began tests, but just recently they succeeded in creating a working prototype. These ship are highly manouverable, fast and equipped with modern Bentusi weaponry, but they lack the armor plating and structural integrity to survive enemy fire for long.
To put it simple: They move good and pack a punch, but they explode when prodded.

If they are too much for the Hiigarans, I'd suggest adding it to the Bentusi Graveyard Map as a capturable wreck.