A technological visionary, unparalleled inventor that protects the innocent. Adversity builds character. It does not matter how slowly you go as long as you do not stop.

RSS A healthy Vader and Kylo at his full potential? Who would win or would there be a tie?

I honestly believe this duel wouldn't last long as Vader is second to none. And if Vader wasn't limited by his scars and his suit, he would have defeated his mentor. But even restricted Vader would pose an enormous challenge to Sidious provided that uncle Palp wouldn't resort to force-lightning.

And Luke didn't defeat Vader, because his father was holding back and was hesitant and had an ulterior motive to convert Luke to the dark side.

It is said that Luke became more adept and powerful than Vader and that he nearly realized his potential. Luke was holding back while dueling Mary Sue, he was merely defending himself as all Jedi should. It was more of a training session for him. And he easily evaded all Kylo's strikes in TLJ.

And I was expecting Luke to toy with Snoke or that there would be a fierce force-power duel. And, supposedly, Snoke had a scar across his head either because he was designed this way or he was hurt in a duel against Luke in the past.

Mary Sue became an Avatar from Last Air-bender, so I'm gonna rule her out, because it's way too ridiculous. She was Kylo's equal to a certain point in TRoS, but then she became more potent than Sidious who actually became a dark avatar of some sort. It's just ludicrous. It just further damaged the existing lore and logic.

As Kylo was no challenge to Sidious, he wouldn't last long in a duel with Vader. Kylo was at Luke's level in Return of the Jedi.

But if Kylo could reach his potential, he would defeat Vader or even equal Luke in sword combat. And it's stated that Leia was a bit more stronger than Luke. Apparently, it's about your bloodline.

A healthy Vader and Kylo at his full potential? There would be a tie.

So, it all depends on your point of view. 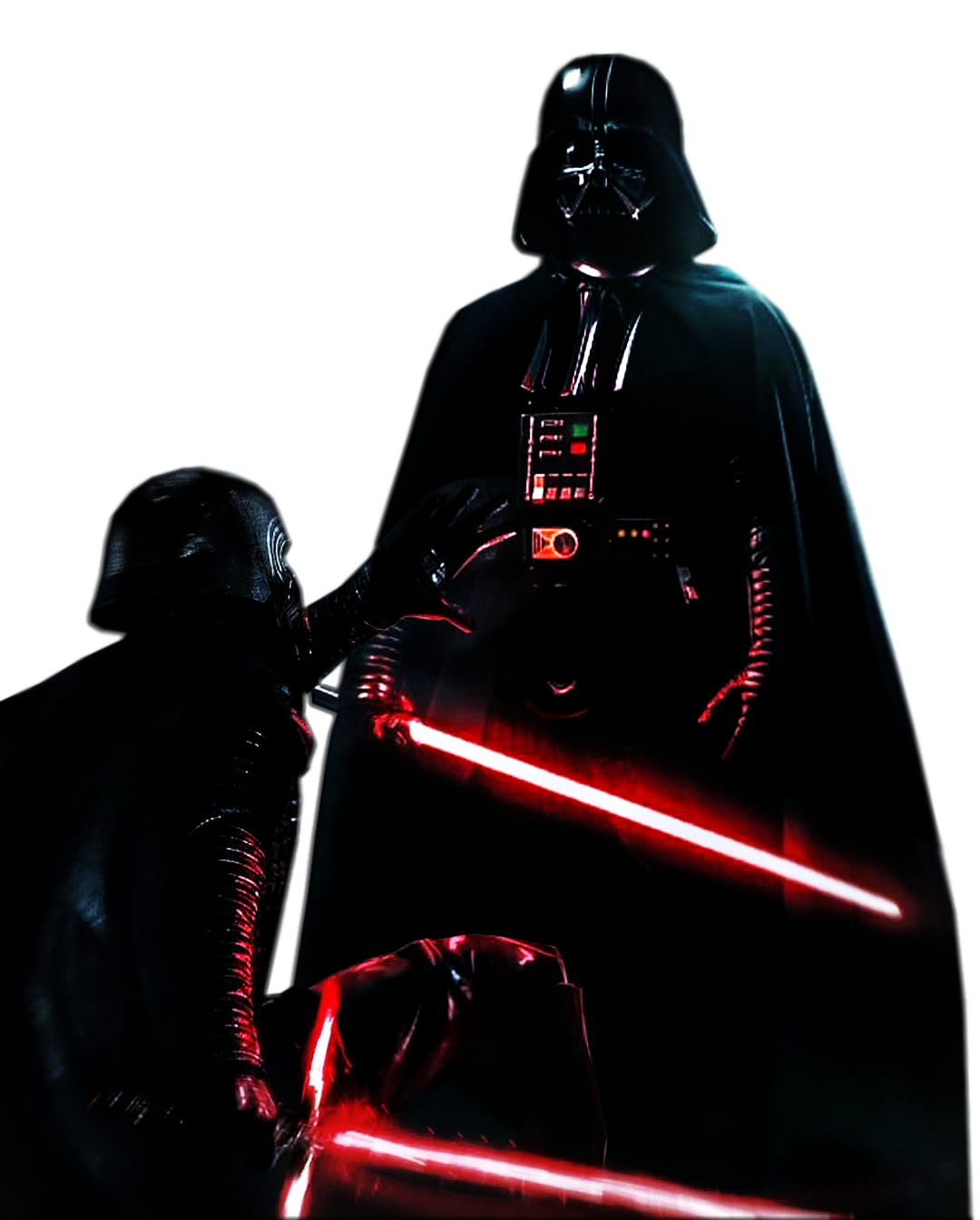