For my first post, I thought it’d be great to spend a little time introducing the world and style of Nimble Point’s new game, Buster Ranger. Buster Ranger sends the player on a journey to a Sci-Fi fantasy world. The gameplay is filled with interesting progression systems.

Each enemy has different fighting equipment and mechanism which make it unique. They are equipped with missile, grandee, laser, and very powerful bomb.

Hiroki is an astronaut who is working on identifying new planets for a very important mission at the space base. Hiroki has a curious, hard-working character who is always ready for unpredictable world. 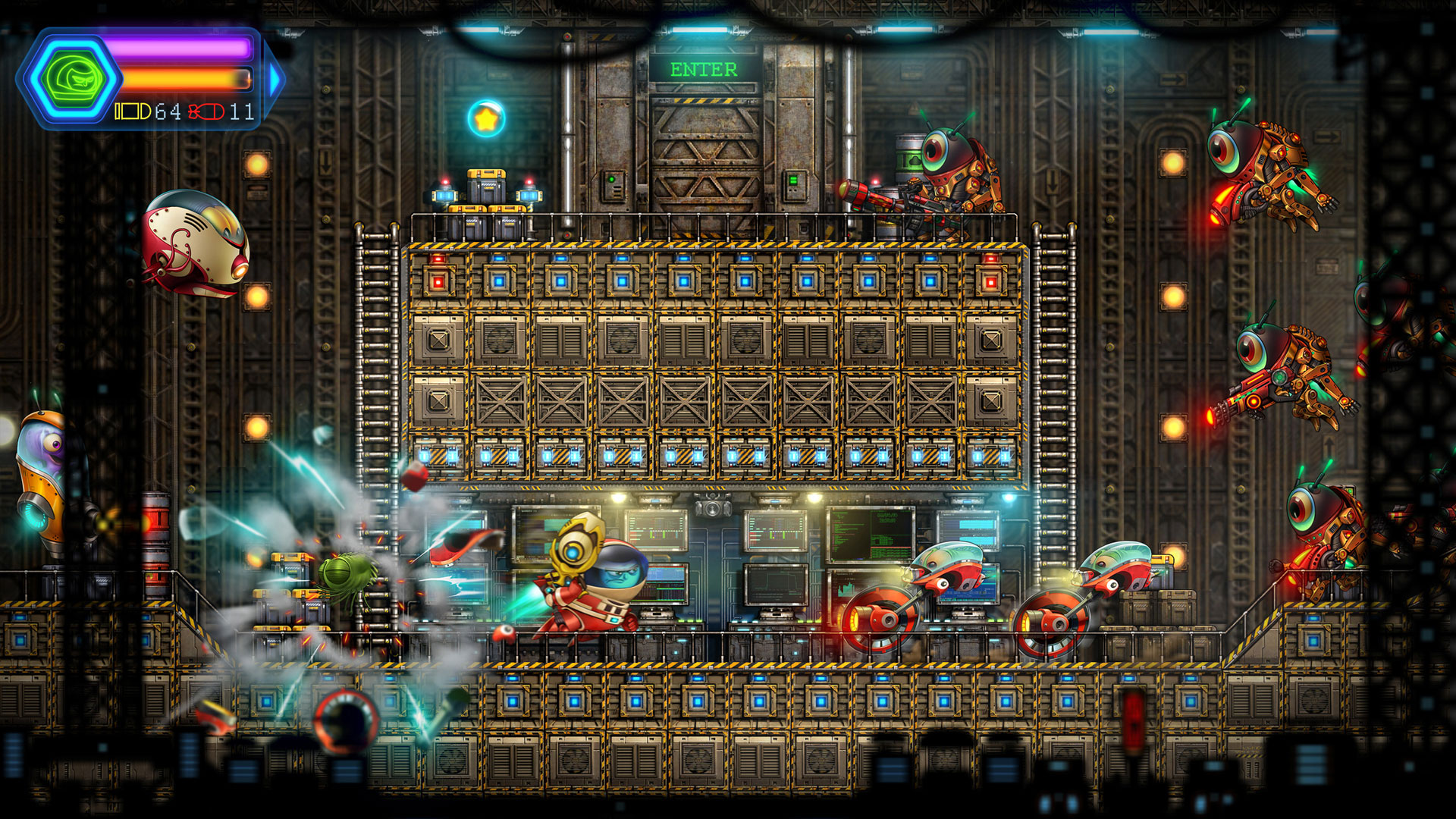 In future posts, I’d like to focus on specific areas of the game. Even though we’re at an early stage there’s already lots to show and we’re looking forward to talking more about it. As we progress, we’ll strive to keep the game’s development really visible, and we’d love to hear your thoughts on it all!