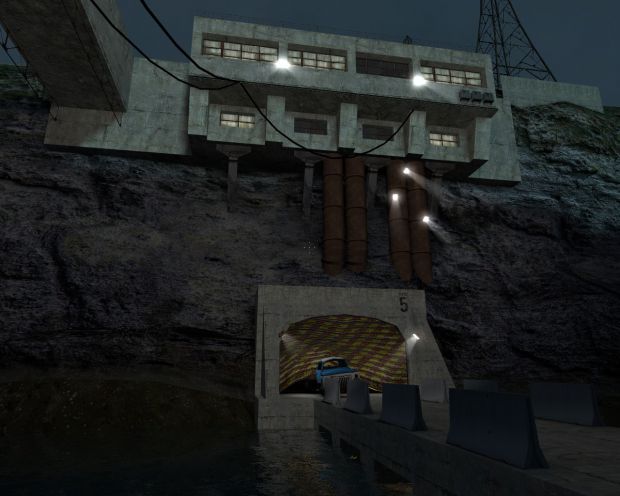 other people may say otherwise, but i think this looks pretty good!

So, I was a bit tired of doing stuff in the Source SDK, and got tired of my work, that never made it to the surface, and nobody except for a few of my friends ever saw. So I started a little mod project a month ago, and did some work already. So this is the first image of the mod I ever released. This is the early work on the facility where the mod will take place. What is showed in the image is the outside part of the main lab, the rest of which is set underground. I know it's really blocky so far, and I should have never uploaded it at this point, but i really wanted to show it.