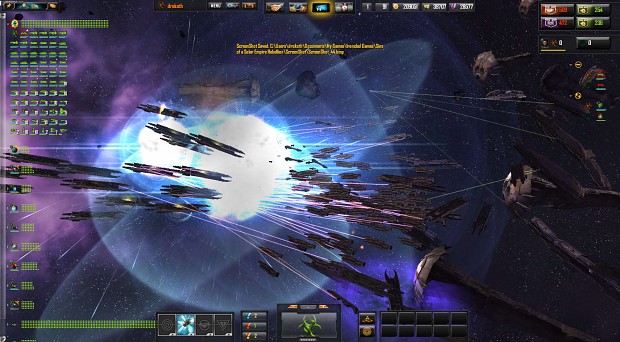 Thank you so much for the work and dedication!

My second time around playing with particle effects. Decided to make new ones that matched EVE a little more, some of the larger explosions seen here are more elaborate versions of the smaller ones. Here you can see a fleet of 80+ Abaddons, Triage carriers, Aeons, Titans and a handful of mixed support absoloutely decimating a random rebel fleet that appeared to spawn near the edge of the system.

Next will be to work on the Avatars last bridge ability and then move on to sorting out the final doomsday effects, Decide whether to add a beam revelation variant and also whether to add a more basic combat Avatar to replace the spawning ability used to make additional ones at present.