A fresh take on in-demand mechanics

We are the Digital Universe team, and we’d like to present our new project — ExoTanks MOBA.

Developing a tank shooter, we immediately faced the problem of positioning in a highly competitive market. How to stand out from the leaders and not become another clone in the eyes of the players? In this article, we want to share experiences and tell you what key features we managed to find to make an interesting and unique product.

Science fiction. From the very beginning, the sci-fi setting has become a key feature of the project. We wanted to diversify the combat experience of the players - let try to sit at the helm of the combat vehicles of the future. Levitate on an anti-gravity chassis and include energy shields. Shoot lasers, plasma weapons, and tesla-cannon. 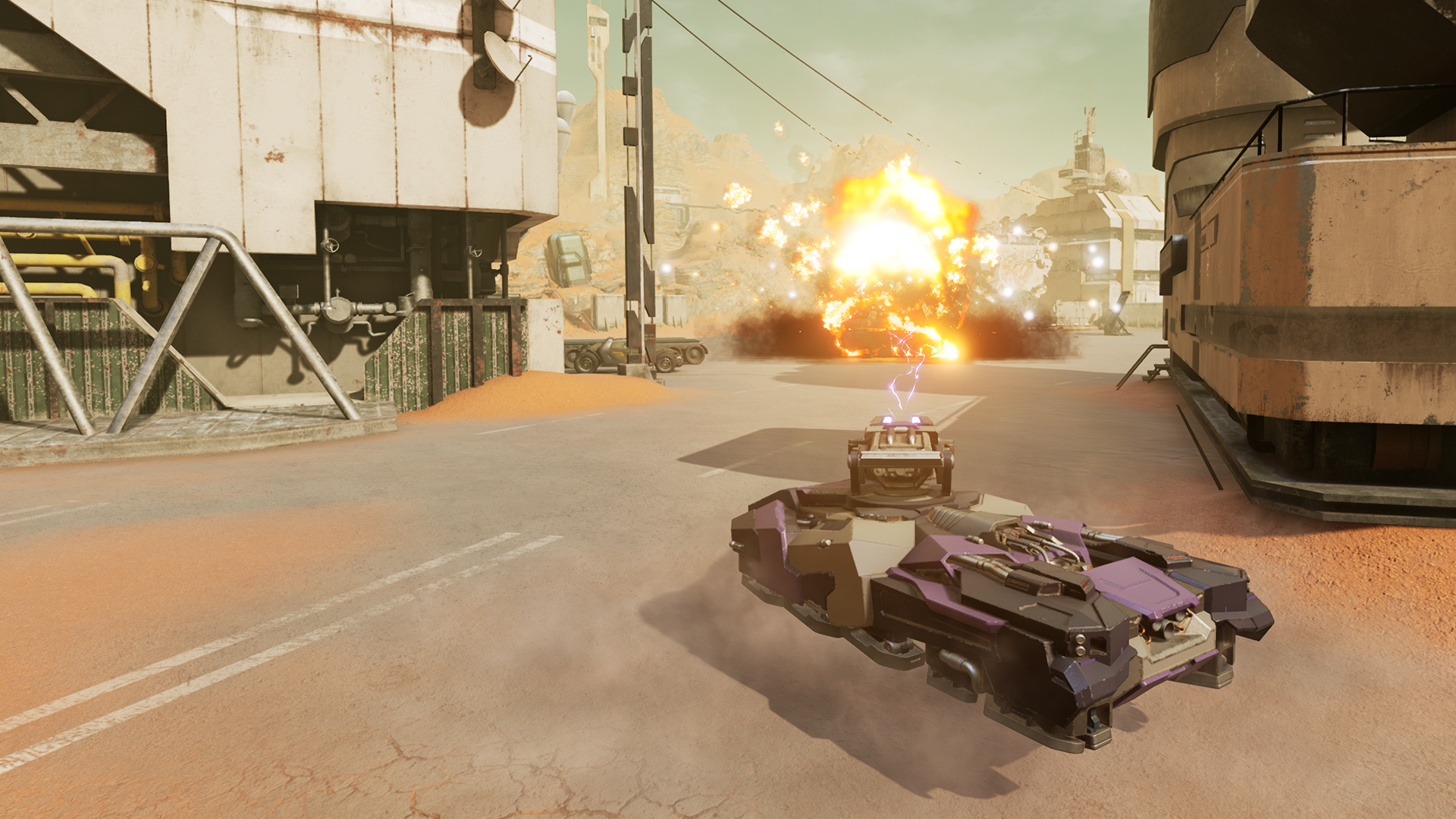 Mars. After analyzing the labels in Steam (if you interested in the method - this topic is for a separate article), we concluded that the topic of Mars is a good basis for the formation of the game world. ExoTanks MOBA is a colorful journey to the second half of the 21st century when space travel to Mars becomes a regular thing, and the development of the red planet is rapidly advancing. Mars was to become a source of extracting a new type of fuel, called ares. However, it becomes a source of a new war. 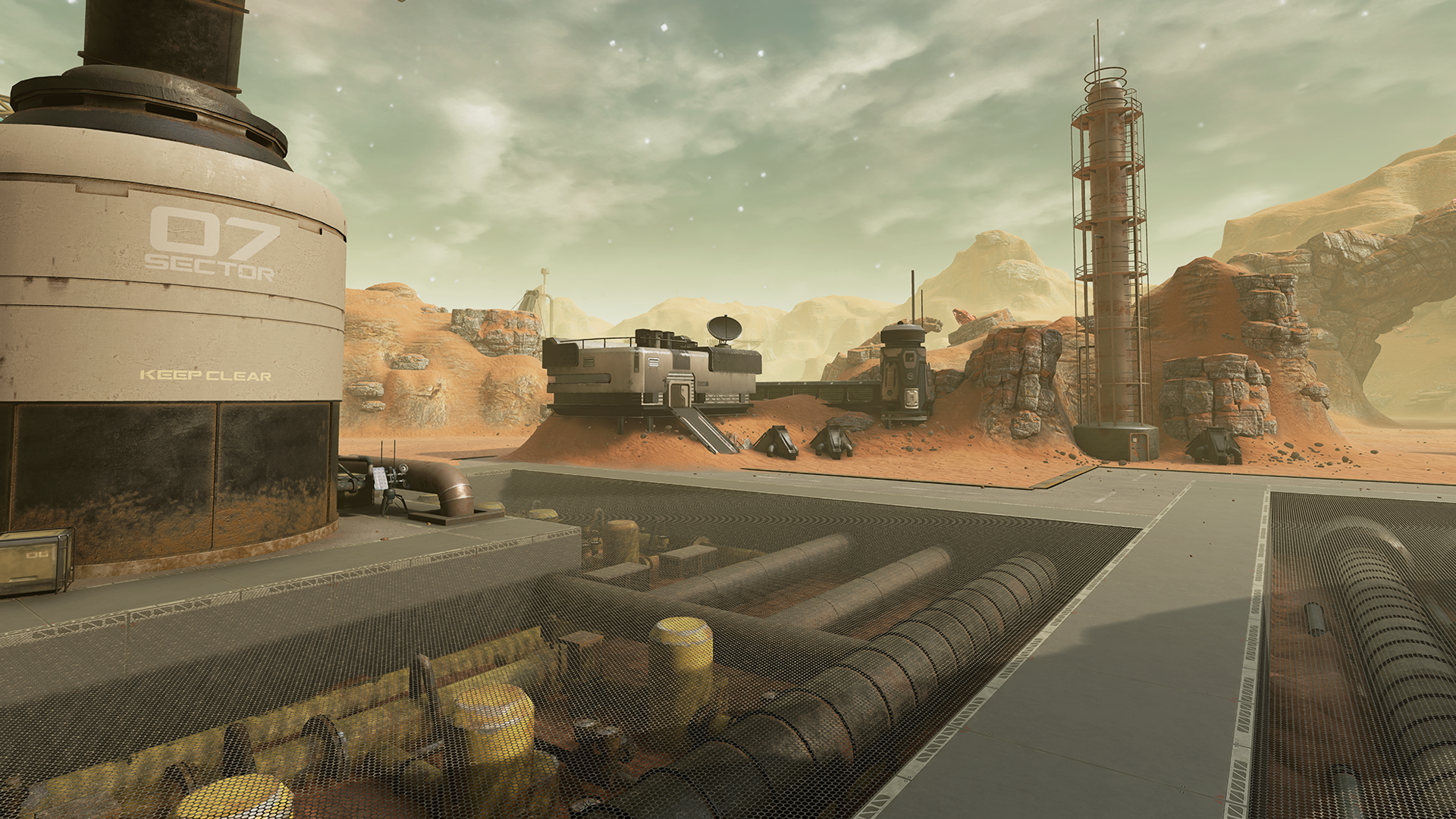 MOBA. We faced a major problem. How to make unique gameplay? We set an ambitious goal - to make a game in the genre of "tank MOBA-shooter." MOBA-shooter is different from the usual shooter unique characters, so our tanks are really different and none like the other. This is expressed in the following:

Аbilities. Our game differs from tank simulators with individual and special tank abilities. Each of the tanks has four abilities — three basics and one ultimatum ability, especially powerful able to crush all enemies in the battle. Your abilities can be pumped up in combat thanks for using the equipment. Different abilities are used against each other in different ways. As in any MOBA game, players can make counter picks: to choose a tank as opposed to the opponent tank's abilities. All abilities are available to all players from the start! You don't have to buy or unlock anything. Victory depends on the player's skill! 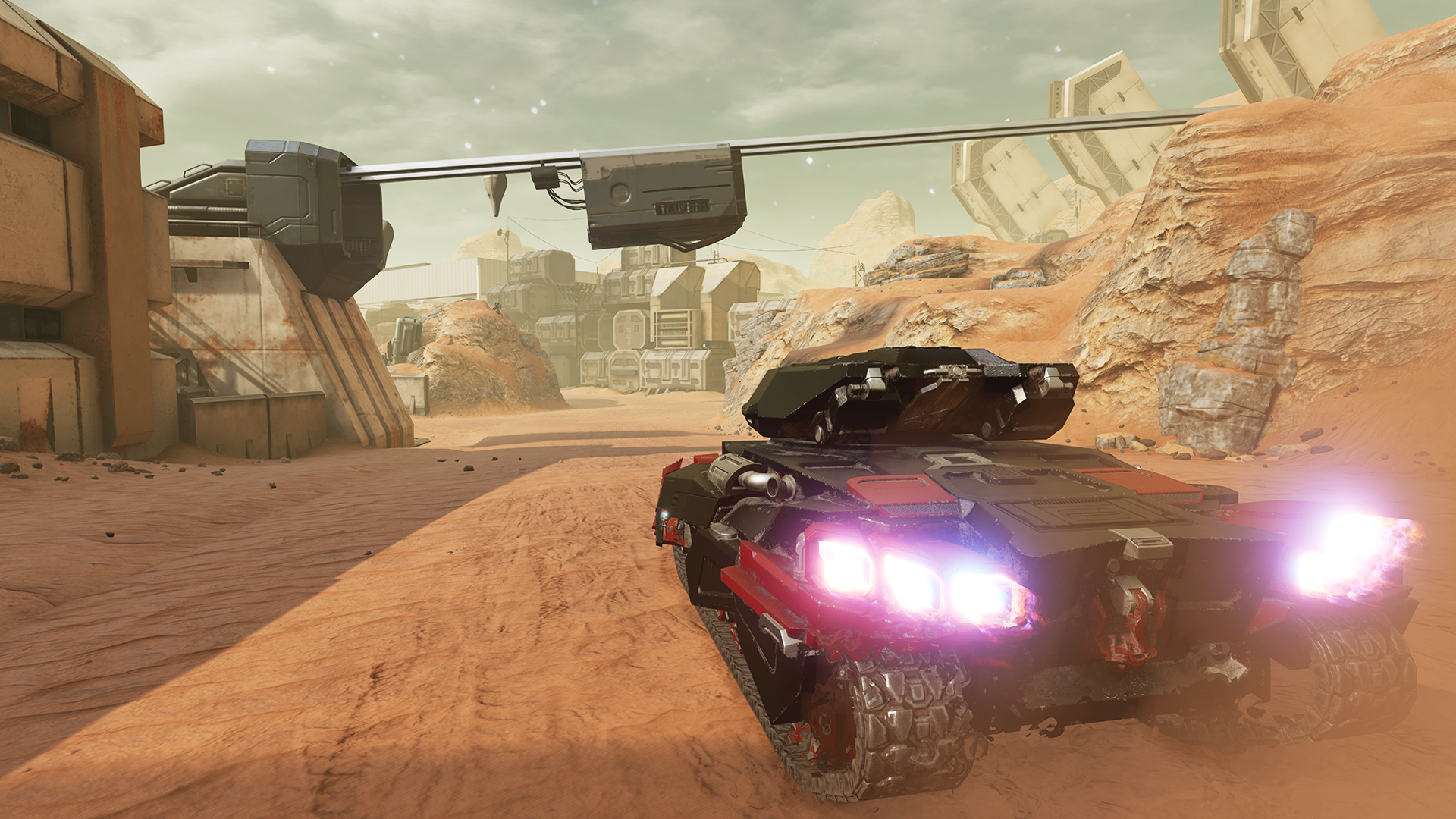 The Turbo-Taran skill. The tank accelerates instantly, causing damage to the retractable ram.

Pumping up. In classic MOBA games, there is a mechanic of collecting items to improve the hero in battle. In order not to lose in the action, we wanted to simplify these mechanics, but to leave its meaning - pumping the tank in different variations. To improve the tank in combat player available various equipment. While pumping, during the battle, the player must select 1 of 2 upgrades for the tank. Equipment can improve the characteristics of the tank, give abilities new properties, or open new abilities. In each new battle, depending on the situation, the player can assemble his own set of equipment and pump the tank in different ways! 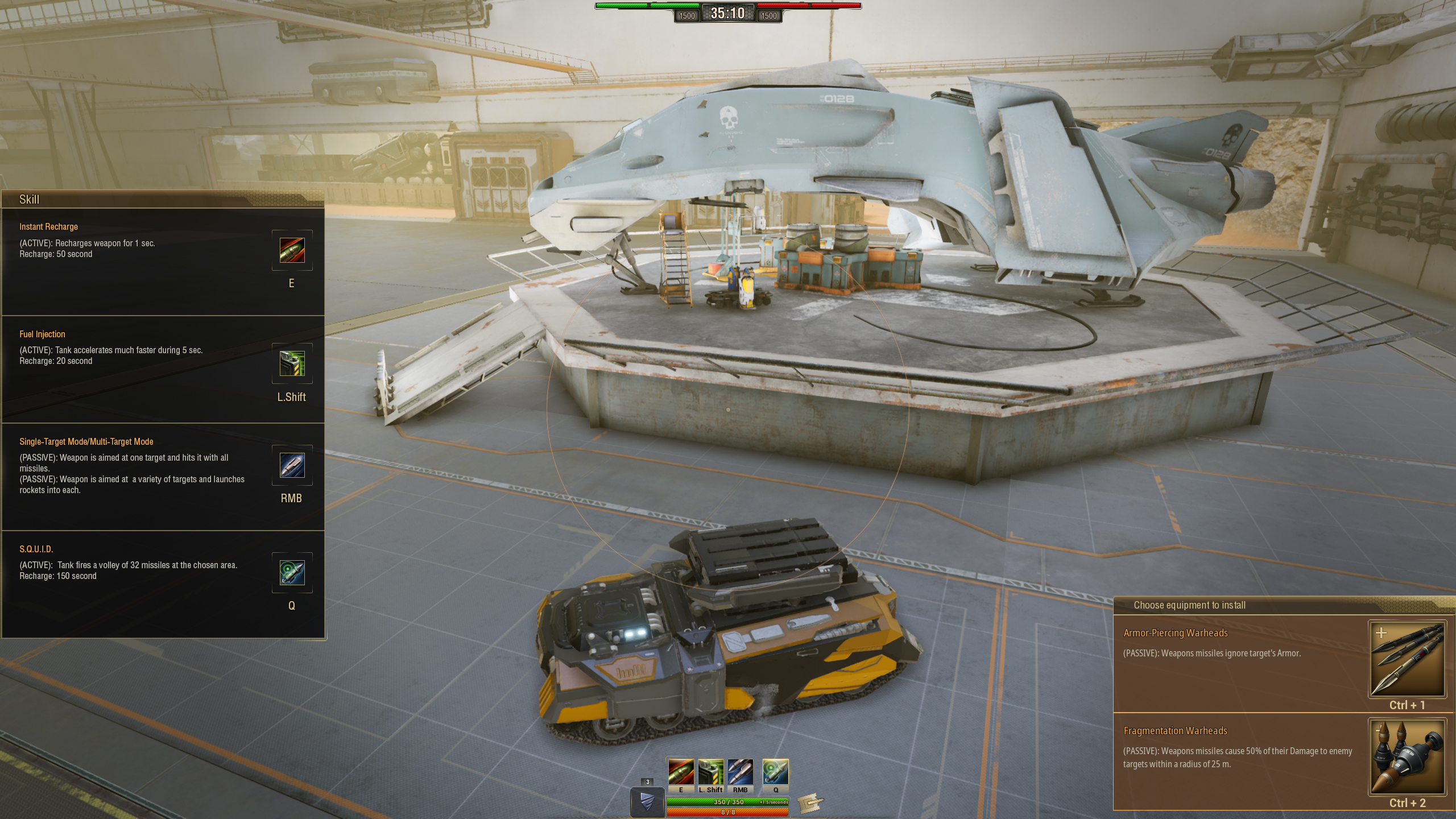 Selection of equipment to be installed.

Balance. Although the tanks are different, none of them is better than the other, as befits the characters of the MOBA game. A player cannot improve his performance with the help of game currency or get a stronger tank. The team’s success depends on the cooperation of the three tank classes: the Defender, Assault, and Engineer class and the ability of the player. The tank class determines not only the tank’s role in battle but also the nature of its abilities, as well as the pros and cons of its characteristics. 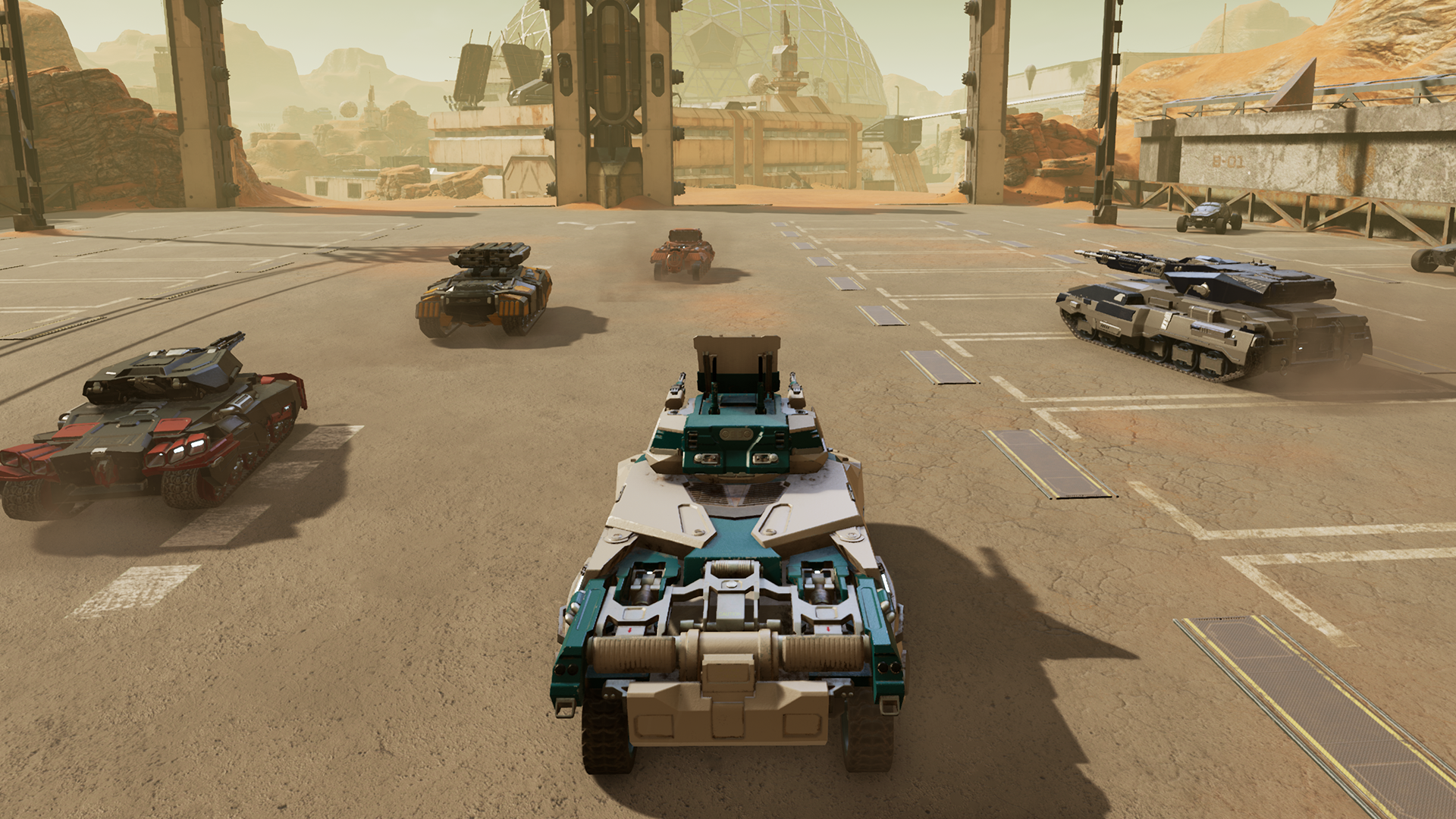 A team of tanks of different classes.

Design. Making our MOBA game, we strongly believe that the combat vehicles of the future should differ not only in their abilities but also in appearance! Each tank has its unique design that can be customized. We’ll give you many more options than the same swamp-color paint for all tanks. We’re designing unique camouflages for you, that will allow you to show off on the battlefield, and will make your tank recognizable. 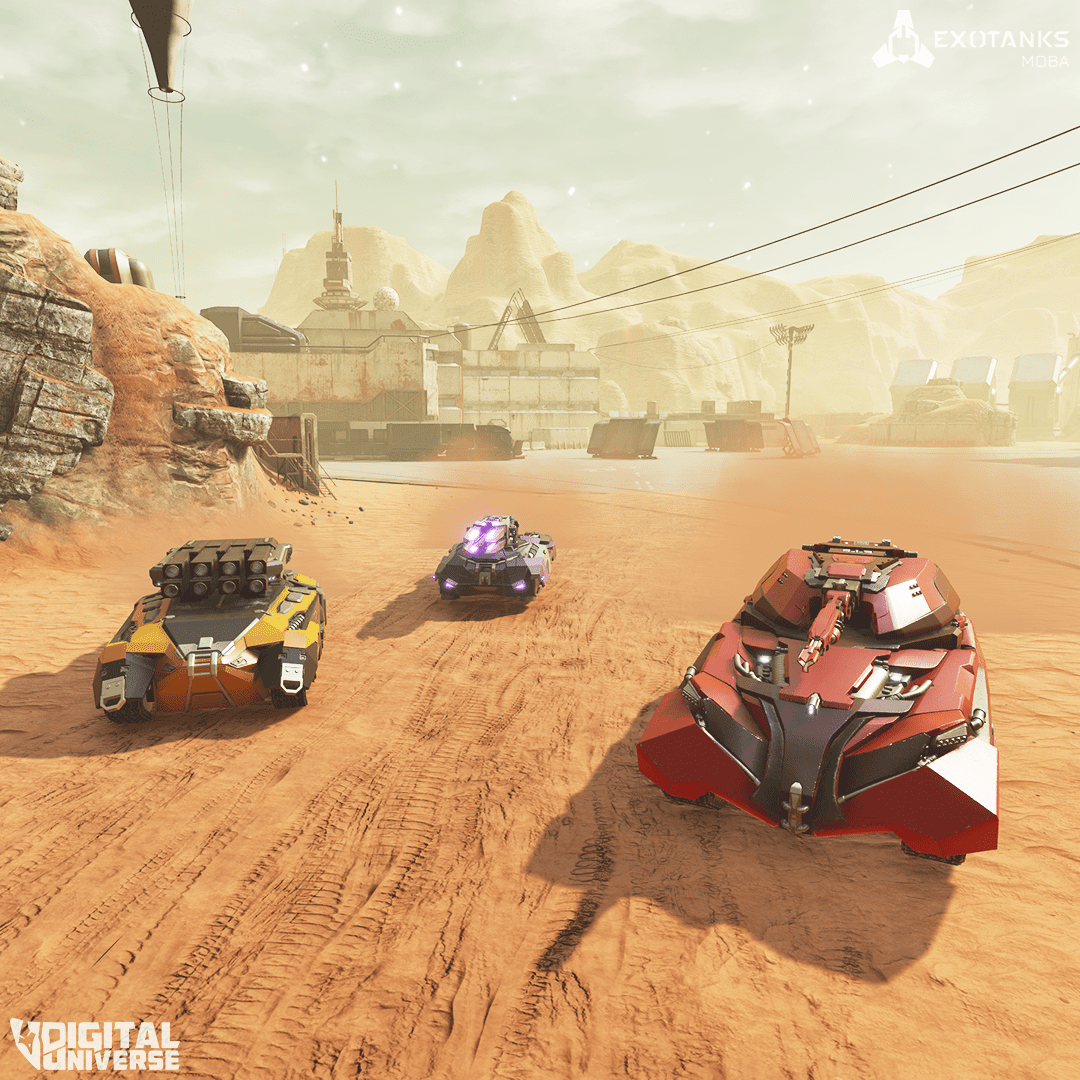 Our dynamic MOBA-shooter of the tomorrow's tanks went released into early access on Steam 👉🏼 Store.steampowered.com.

Also, ExoTanks MOBA Starter Pack is available for purchase on the game website 👉🏼

We will be glad to know what you think about the project. Do you have any advice, idea, criticism or suggestion? Please feel free to share your thoughts and comments about the game.