It's sad that GUTS didn't get funding on Kickstarter. It was one of the game I really wanted to play. I hope that this little failure won't affect their plans and the world will see this game.

For those who haven't seen it, you're still able to play the alpha Bigmengames.com , guys are too modest calling it alpha. It's a very stable build that gives the quick grasp of the idea.

The games' devlog can be found here Bigmengames.com

Hey everybody! I've almost done my dissertation( finally), so I have some time to update my blog.

Today, friend of mine, dropped me a link on kickstarter, with a game called GUTS. I fell in love with this game.It's a simple turn base RPG, but it has something what I enable to describe.It hooked me from the first sight, and unlike many projects on kickstarter, it has an alpha which you can play right now for free. What is the GUTS? Well you should better watch the video or play the game.

I think the guys made a lot of work already, the game looks promising and they need our support. My 15$ have gone to this game, I hope they will make it.

How I met Portal2

how i met portal2

Shame on me, but I had always underestimated Portal like a game, because I'd never played it until last Thursday. I thought that Portal is all about escaping from testing chambers, it's partly true, but what a fun it gives!!!

Last week, friend of mine, got a 75% discount voucher on Steam for Portal2, because he already bought Portal he gave it to me. So a couple of days ago I eventually found a few spare ours and gave it a try. The emotions I had are indescribable, I already forgot when was the last time a game gave me so much fun, all the jumps, teleportation, story line and humor. The game and level design simple but challenge and never boring.

Yesterday night at 4 a.m. I finished it, thanks Valve for the one of most emotionally reach games I've ever played, breathtaking experience.

If by any chance, you have the same stereotypes about Portal as I had and still haven't played it, GO on Steam and BUY it!!!

I'm sorry readers, this post again quite loosely relates to the gaming world, but I should write it. Partly because I like sci-fi partly to disambiguate some notion about STALKER

Many people tend to think that Stalker is all about Chernobyl, radiation and other bullshit, but it's not. Stalker is a good game, I would even say excellent, for russian-ukrainian game dev, though I'm not the biggest fun.

GSG just borrowed the idea of the abandoned zone with deadly anomalies and stalkers, from soviet writers Arkady and Boris Strugatsky, however it lost a lot, mostly its dramma and atmosphere. No doubts, Stalker has its own unique charm, but it's totally different from the original storyline. I've read the book about 5 or 6 times and it impressed me a lot, and of course it influenced on my work and world perception.

Someone wrote: Roadside Picnic is a work of fiction based on the aftermath of an extra-terrestrial event (called the Visitation) which simultaneously took place in half a dozen separate locations around Earth for a two day period. Neither the Visitors themselves nor their means of arrival or departure were ever seen by the local population who lived inside the relatively small (a few square miles/kilometers) area of each of the six Visitation Zones. Such zones exhibit strange and dangerous phenomena not understood by humans, and contain artifacts with inexplicable, seemingly supernatural properties. The name of the novel derives from an analogy proposed by the character Dr. Valentine Pilman who compares the extra-terrestrial event to a picnic.

you can read more on wiki En.wikipedia.org

If you like sci-fi, I would defiantly recommend you to take a look at this book, its original name "Roadside Picnic"

I found a link on Amazon, but the price is insane, I will try to find a link on something more reasonable and post it here later.
Amazon.com

A bit off topic, but IMO one of the best game soundtracks. Warcraft 3: The Frozen Throne
An cara nir, fala dor...
Ora on thalo.
Oracaro fa laar,
Co ranea...
---
My brother, Return from the north...
You shall rise as king.
Humanity, beg and despair,
Menethil shall rise...

So, as I did promise. I've created a profile of our team on Indie DB, now you can get all updates from this group Indiedb.com . We also came up with the official name for the project we're working on at the moment, it was called Frozen State.

Lately, I will post more detailed description of the world, gameplay and storyline...

High res. banners of Frozen State can be downloaded from my dropbox)

We all like games playing them, making them, watching how others play them. Why don't fund them together.

Couple of weeks ago, our small team decided to set 20-30 bucks aside every month, and spend this money on indie games which are in development, but we would like to play. The reason is very simple we want to see those games made)

So for these month we were choosing between

The Other Brothers
Kickstarter.com

The decision was tough, both games appeals to the old good times, but little yellow buddies won this round. Castle Story is a fresh blow of wind from childhood that reminds about spent hours of building castles from sends. Looking forward to get alpha!

Hell world! There's a small update of what we've been doing.

Along with characters' design and prototyping, we're working on the environment of the world. As I wrote before, the setting is a secret Soviet zone somewhere in Siberia and this how it may look like [W.I.P] 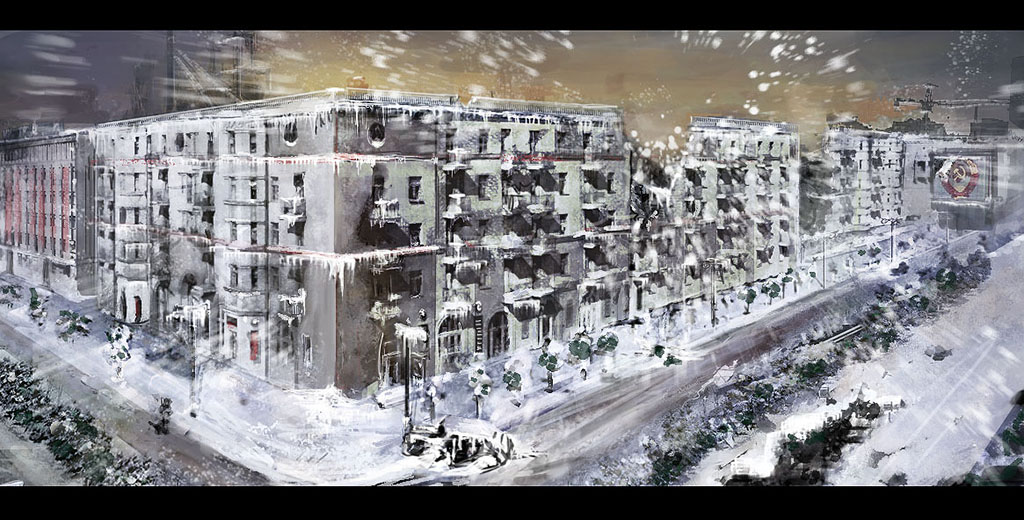 P.S. we will open a proper dev log as soon as we make more progress and stuff to show)))

Project "A16" the very beginning

project "a16" the very beginning

Hey IndieDB. My name is Alex, two friends of mine and I have started working on our next game. I'm saying next, because we made our very first one two months ago.

"A16"(code name) is a project of our dreams, we've been bearing it in our minds for a couple of years, but back then we couldn't make it. Well, perhaps now we are ready.

We like sandbox games, horros, post apocalypses and RPGs. Though,sandbox games give much freedom to a gamer, what is actually fun, but after a certain amount of time wandering about the world without any objectives doesn't makes one bored (this is my personal opinion). Another aspect of games that always has dispirited me since my early gamer's days was inability to finish some games, and I felt like a looser among my mates how did it.

In this game, we want to try to create a big interesting world open for exploration, with small sides quests and options which will shape your character's destiny and rethink the concept of the in game death. When your character dies you are not winning or loosing, it’s not a penalty or a reward, it’s just the end of the game, the end of your character’s life.

I will keep updating this blog and on our website Snowarcstudio.com about all progress we make, though it's just a very early concept and we don't have much stuff to show.

A concept sketch of a character